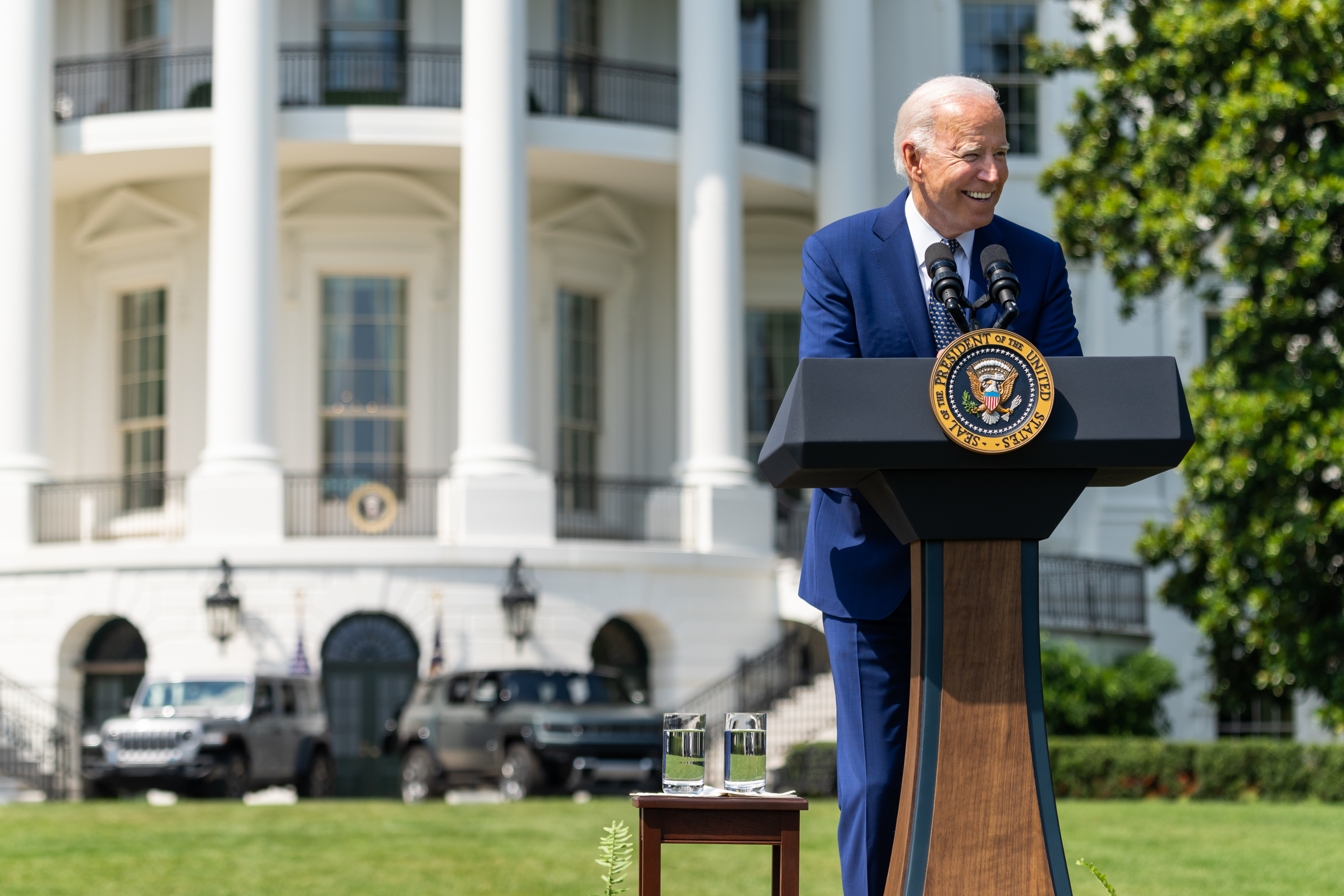 A new Washington Post-Schar School poll in Virginia finds Terry McAuliffe (D) and Glenn Youngkin (R) locked in a tight race for Virginia governor, with McAuliffe just ahead at 50% to 47% among likely voters.

Among registered voters, McAuliffe has a 49% to 43% edge over Youngkin — but neither lead is statistically significant.

“The smaller margin among people likely to vote, combined with a low percentage of voters who say they plan to vote early, suggests that Democrats could face an enthusiasm gap and a challenge boosting turnout to the high levels of the past four years.”

NEW MEXICO 2ND CD — Las Cruces City Councilor Gabe Vasquez became the first Democrat to kick off a bid for this seat on Wednesday. Earlier this week, Vasquez filed paperwork with the FEC for a potential bid. Democratic state Sen. Siah Correa Hemphill also said this week she was thinking about a bid against Republican Rep. Yvette Herrell.

MISSOURI 7TH CD — Joelle Cannon, an aide to retiring Sen. Roy Blunt, says she won’t run in the GOP primary for Missouri’s open 7th District. The seat is open because Rep. Billy Long is running to succeed Blunt, who represented the 7th prior to his own elevation to the Senate in 2010.

INDIANA 5TH CD — Former Democratic state Rep. Christina Hale, who lost an expensive open-seat race for Indiana’s 5th Congressional District last year by a 50-46 margin, all but said she wouldn’t run again after Republican lawmakers unveiled a new proposed map that would make the 5th considerably redder. “I really in my bones felt I would get drawn out of the district,” Hale told Politico, describing the proposal as “a bit of a kneecapping to anyone who’s interested in running as a Democrat.”

The new map, which has yet to be voted on by the legislature, would strip out the section of Marion County, which is home to Indianapolis, from the 5th District and instead add more conservative areas further from the city. Per Daily Kos Elections’ calculations, the current district voted for Donald Trump by a narrow 50-48 margin last year, but one preliminary analysis suggests the new version would have instead gone for Trump 57-41.

As Hale put it, while this new iteration might one day be competitive if trends in the suburbs keep reaching ever outward, “We probably won’t see a real race for a number of years.”

FLORIDA 27TH CD — Healthcare business owner Janelle Perez announced Wednesday that she was ending her campaign for Congress and would instead run for the state Senate. Perez was the only Democrat running against Republican incumbent María Elvira Salazar, though both former Rep. Donna Shalala and Debbie Mucarsel-Powell, her former colleague in the 26th District, have been considering.

WISCONSIN GOVERNOR — Lobbyist Bill McCoshen said Wednesday that he would stay out of the Republican primary to take on Democratic Gov. Tony Evers. That was an unexpected development as the Milwaukee Journal-Sentinel wrote last week that McCoshen, who served as a member of former Gov. Tommy Thompson’s cabinet in the mid-1990s, was “expected to launch his campaign soon.” McCoshen, though, said he’d “lost too much precious time” working out the sale of his lobbying company to another firm, a purchase that was announced earlier this week.

RHODE ISLAND GOVERNOR –– n a surprise, Providence Mayor Jorge Elorza announced Wednesday that he would not seek the Democratic nomination next year. Ocean State politicos had anticipated that Elorza, who is termed-out of his current post, would run for governor in 2022 even following Democrat Dan McKee’s ascension to the post earlier this year. Elorza, though, explained this week, “The reality is that it would be impossible to devote myself full-time to a statewide campaign while at the same time giving my full attention to the work of running the city.”

McKee currently faces intra-party challenges from Secretary of State Nellie Gorbea and Treasurer Seth Magaziner, and he may still pick up more primary foes even with Elorza out of contention. WPRI’s Ted Nesi reports that former CVS executive Helena Foulkes has been privately considering, and that she’s capable of self-funding a campaign. Foulkes, who is the niece of former Connecticut Sen. Chris Dodd, has not responded to any media inquiries about her plans.

NEW JERSEY GOVERNOR — Democratic Gov. Phil Murphy goes negative for the first time in the general election with an ad attacking GOP nominee Ciattarelli for attending a “Stop the Steal” rally last year, using his attendance at the event to further tie him to Donald Trump. The spot shows a clip of Ciattarelli saying he “supported Donald Trump’s policies” as a voiceover claims he would undo many of the progressive measures that Murphy has enacted while governor.

Our New Jersey, a group aligned with the Democratic Governors Association, is out with an ad attacking Republican Jack Ciattarelli for his positions on women’s health issues. The spot claims that during his time as an assemblyman, Ciattarelli voted against funding for Planned Parenthood and to limit access to birth control. The commercial then praises Democratic Gov. Phil Murphy for his support of “women’s health and reproductive freedom.”

NEW YORK 11TH CD — Politico reports that former Democratic Rep. Max Rose is reportedly considering another bid for this seat and could launch a bid as soon as this fall. Rose lost re-election to freshman GOP Rep. Nicole Malliotakis 53-47 last year and took a post in the Department of Defense in January, though he left that position in June.

Rose won’t have the primary to himself if he gets in the race, though. Former state Assembly staffer Michael DeCillis and Army veteran Brittany Ramos DeBarros are already in the contest, and several other candidates have been mentioned as possible contenders.

The survey also tested a hypothetical general election matchup of Nunn and Democratic Rep. Cindy Axne, with Axne leading 46-42. The Hawkeye State will be getting new congressional maps soon, though, and it’s unclear what the final bounds of this district will end up looking like (see our IA Redistricting item above for discussion of that process).

NEW YORK GOVERNOR — CNBC reports that Democratic state Attorney General Tish James has been discussing a potential bid for governor next year with her advisors. Earlier this month, a spokesperson for James declined to directly answer a question about her interest in running for this office, only saying she was “fully focused on her work.”

Whaley’s main opponent, fellow Mayor John Cranley of Cincinnati, countered with some mayoral endorsements of his own, albeit ones from smaller, suburban cities outside of Cleveland. Former NBA player and Warrensville Heights Mayor Brad Sellers, Highland Hills Mayor Michael Booker, and Woodmere Mayor Ben Holbert threw their support behind Cranley.

Democrat Terry McAuliffe is out with a new ad that takes aim at Republican Glenn Youngkin’s career as a businessman. The commercial portrays Youngkin, who spent three decades at the private-equity firm The Carlyle Group, as a businessman who was responsible for multiple bankruptcies and mass layoffs. The spot also claims that, despite those faults in his business career, Youngkin ended up with $500 million.

WISCONSIN GOVERNOR — No Better Friend Corp., a group supporting businessman Kevin Nicholson, is out with a new ad that serves as an introductory commercial for Nicholson, who is considering joining the GOP primary for this seat. The spot is backed by a $1.5 million buy and WisPolitics reports that it is slated to premier during Monday’s Green Bay Packers football game.

The ad finds Nicholson himself reciting a list of standard Republican talking points that appear on screen. Interestingly, Nicholson declines to repeat the final point that appears about “elections with integrity.”