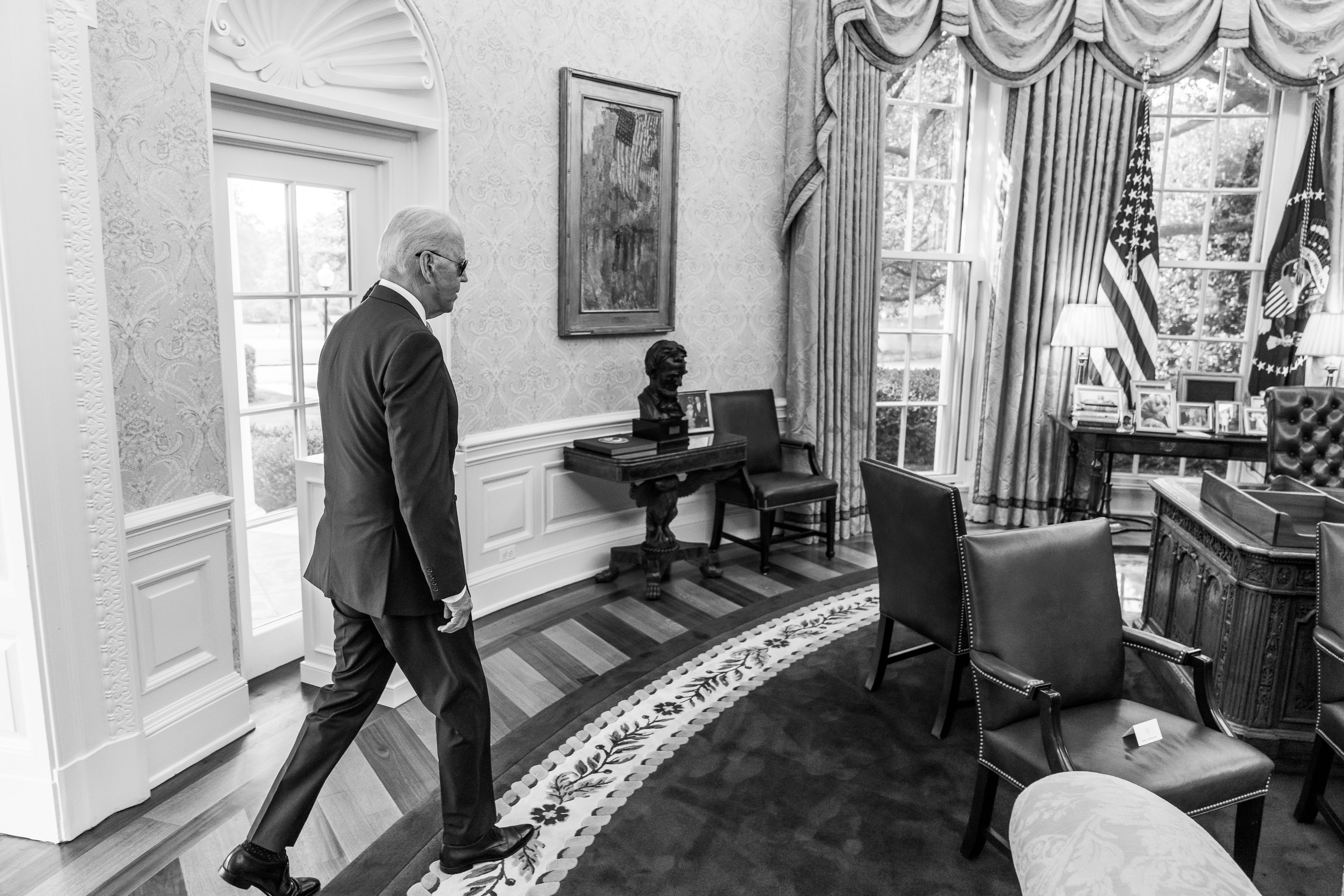 “A partisan fight over raising the government’s borrowing limit is expected to ratchet up this week, with Democrats moving ahead with a vote in the face of strident GOP opposition, raising doubts about whether Congress will take action before the federal government runs out of cash,” the Wall Street Journal reports.

“The standoff has alarmed Wall Street analysts and business leaders, who in recent weeks have issued warnings about a rising risk of a technical default, in which the government might be unable to make all of its regular payments in full and on time. The threat of such a default could derail markets and hit U.S. economic growth.”

The Hill: Five questions about the debt ceiling fight.

Associated Press: “The White House is also scaling back the president’s travel so he can support the agenda on Capitol Hill, but it’s led to concerns among some Democratic lawmakers that Biden isn’t doing enough to personally sell the legislation to their constituents across the country.”

“Some aides worry about the exposure level Biden may have faced when he mingled in groups during a recent trip to the West and his three stops to mark the Sept. 11 anniversary, two officials said. Biden, 78, also did not get a summer vacation. His plan to spend time at his Delaware home in August was scuttled by the Afghanistan crisis.”

New York Times: “Biden’s far-reaching attempt could result in a presidency-defining victory that delivers on a decades-long campaign by Democrats to expand the federal government to combat social problems and spread the gains of a growing economy to workers, striking a fatal blow to the government-limiting philosophy of President Ronald Reagan that has largely defined American politics since the 1980s.”

However, if Biden fails, he could end up with nothing.

“As Democrats are increasingly seeing, the sheer weight of Mr. Biden’s progressive push could cause it to collapse, leaving the party empty-handed, with the president’s top priorities going unfulfilled… If Mr. Biden’s party cannot find consensus on those issues and the bill dies, the president will have little immediate recourse to advance almost any of those priorities.”

“President Joe Biden goes before the United Nations this week eager to make the case for the world to act with haste against the coronavirus, climate change and human rights abuses,” the AP reports.

“His pitch for greater global partnership comes at a moment when allies are becoming increasingly skeptical about how much U.S. foreign policy really has changed since Donald Trump left the White House.”

A highly anticipated rally on behalf of the more than 600 people charged in the Jan. 6 Capitol Hill riot drew a modest crowd of a couple hundred demonstrators Saturday, with media and security personnel far outnumbering those seeking to air grievances on behalf of defendants they call “political prisoners,” Politico reports.

In a marked change from the past, women accounted for nearly half of new gun sales in the U.S. since 2019, the Wall Street Journal reports.  “Researchers and gun store owners attributed the jump to fears driven by the Covid-19 pandemic and the protests, sometimes accompanied by violence, that followed the police killing of George Floyd, as well as the divisive atmosphere around the 2020 presidential election.”

“The House select committee in charge of investigating the Jan. 6 Capitol insurrection has hired John F. Wood, a former U.S. attorney and a member of the George W. Bush administration, as its top legal adviser,” Axios reports.

“The decision is part of a continued effort to make the committee nonpartisan and follows the elevation of Wyoming Republican Liz Cheney to serve as vice chairwoman on the panel.”

The Interior Department will restore the Washington, D.C., headquarters for the Bureau of Land Management, which was moved to Colorado during the Trump administration, The Hill reports.

“And that is why, on the morning of Sept. 6, I provided an abortion to a woman who, though still in her first trimester, was beyond the state’s new limit. I acted because I had a duty of care to this patient, as I do for all patients, and because she has a fundamental right to receive this care.”

“I fully understood that there could be legal consequences — but I wanted to make sure that Texas didn’t get away with its bid to prevent this blatantly unconstitutional law from being tested.”

New York Times: “The largest U.S. accounting firms have perfected a remarkably effective behind-the-scenes system to promote their interests in Washington. Their tax lawyers take senior jobs at the Treasury Department, where they write policies that are frequently favorable to their former corporate clients, often with the expectation that they will soon return to their old employers. The firms welcome them back with loftier titles and higher pay.”

“From their government posts, many of the industry veterans approved loopholes long exploited by their former firms, gave tax breaks to former clients and rolled back efforts to rein in tax shelters — with enormous impact.”

“Female employees in the Kabul city government have been told to stay home, with work only allowed for those who cannot be replaced by men, the interim mayor of Afghanistan’s capital said Sunday, detailing the latest restrictions on women by the new Taliban rulers,” the AP reports.

“The decision to prevent most female city workers from returning to their jobs is another sign that the Taliban, who overran Kabul last month, are enforcing their harsh interpretation of Islam despite initial promises by some that they would be tolerant and inclusive.”