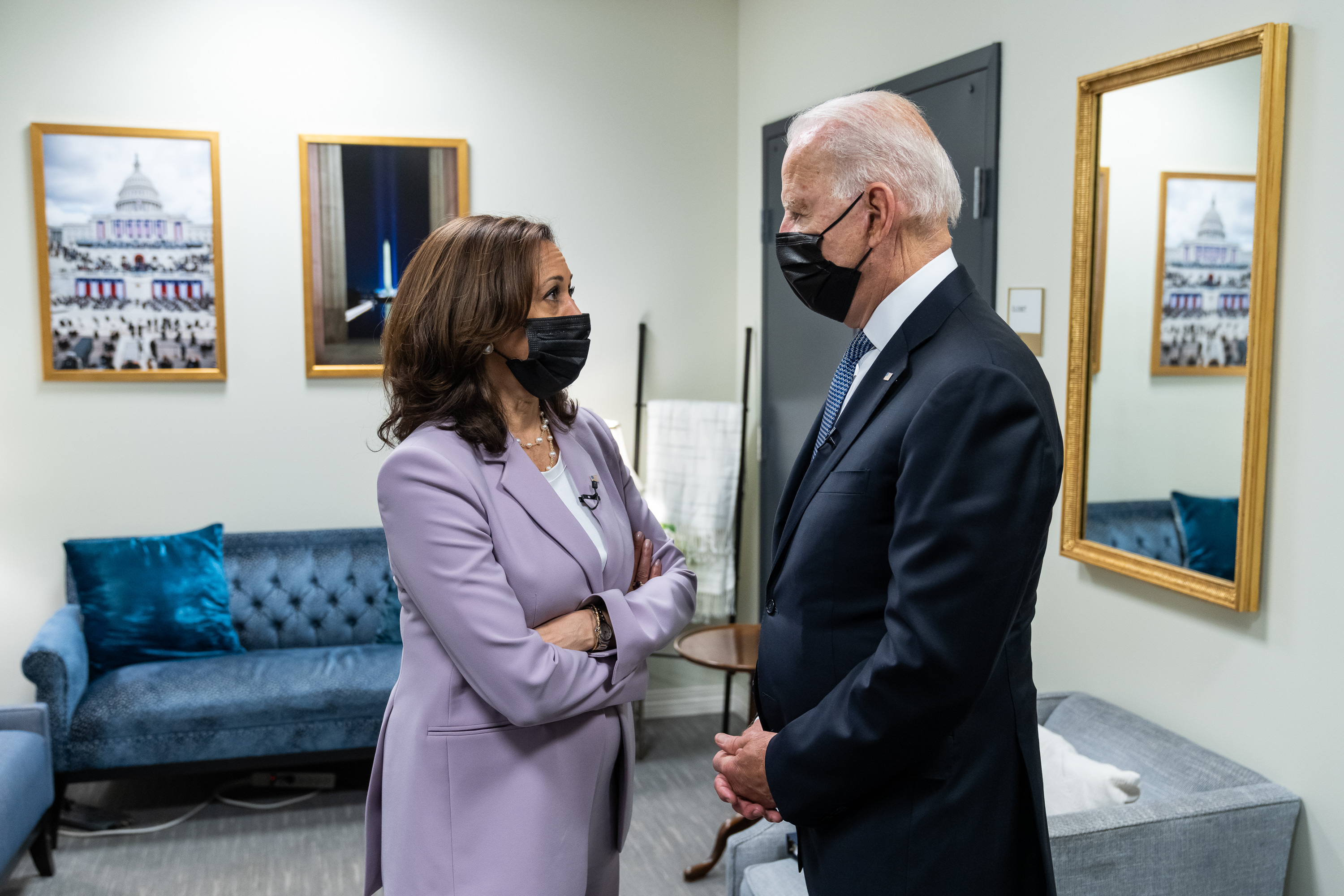 The 2020 midterm elections will be all about Donald Trump.

This was sealed last weekwhen Rep. Anthony Gonzalez (R-OH) told the New York Times “that he would not run for re-election in 2022, ceding his seat after just two terms in Congress rather than compete against a Trump-backed primary opponent.” This early retirement is a big deal, because as John Ellis points out, Gonzalez is not your typical Republican congressman. He’s a “rare political talent” that Republicans need to be taken seriously:

At this juncture, he was seen by many “establishment” Republicans as someone who would defeat a Trump-backed primary challenger and in so doing begin to loosen the former president’s “vise-like grip” over Republican elected officials at every level of governance. Vast amounts of money and “establishment” political support stood ready to help Gonzalez do just that.

Said support will now stand down and Mr. Trump and his allies will correctly interpret Rep. Gonzalez’s announcement as confirmation that the former president’s “grip” on the Republican Party remains as “vise-like” as ever.

Trump has been making endorsements at odds with the preferences of Republican leaders for weeks. That’s because he’s not nearly as interested luring top recruits as he is in rewarding his allies and punishing his enemies. And if Trump runs for president again in 2024, he needs his operatives in place to try to steal the election if needed.

While that’s frightening, it also ensures that next year’s midterms will be about Trump once again. That’s probably good news for Democrats.

One important takeaway from California Gov. Gavin Newsom’s (D) victory last week is that turning the race into a referendum on Trumpism helped drive up Democratic turnout. And no matter how hard Larry Elder embraced Trump, it didn’t lead to a spike in Trump voters coming out to vote for him since Trump wasn’t on the ballot.

If Democrats are to overcome the historical odds of the ruling party losing seats in the midterm elections, Trump may be exactly what they needed.

BOSTON MAYOR — Vote totals released Wednesday morning confirmed that the Nov. 2 general election for mayor of Boston will be a duel between City Councilor Michelle Wu, who has been campaigning as a progressive, and her more moderate colleague Annissa Essaibi George.

Wu took first place in Tuesday’s nonpartisan primary (known as the preliminary election in local parlance) with 33% of the vote, while Essaibi George took the important second-place spot with 22%. Two other candidates, City Councilor Andrea Campbell and Acting Mayor Kim Janey, were just behind with 20% and 19%, respectively.

Before the results were known on election night, Priorities for Progress, which the Boston Globe recently described as “a political action committee that promotes a middle ground for Democrats,” released a Sept. 11-12 Public Policy Polling survey that showed Wu leading each of her three prospective foes in a hypothetical general election. Wu’s 48-28 edge over Essaibi George represented her largest advantage; this is the first poll we’ve seen testing this pair against one another, though we’ll likely see more numbers in the coming weeks of this no-longer-hypothetical matchup.

The March ascension of Janey, who is Black, made her both the first woman and person of color ever to lead Boston, and whoever is elected to succeed her will also make history: Wu is the daughter of immigrants from Taiwan, while Essaibi George’s father is originally from Tunisia. Campbell is also Black, which means that the top four candidates were all women of color in a city that, until now, has only elected white men as mayor. Each of these candidates, like virtually all notable Boston politicians, also identify as Democrats.

However, there are some big differences between the two general election finalists, each of whom hold citywide seats on the Boston City Council. Wu enjoys the support of Sen. Elizabeth Warren and many of the young activists who helped propel Ed Markey to victory in his own Senate primary last year. And while Essaibi George has dismissed “labels” calling her a moderate as “lazy,” she was the only major primary contender who spoke out against the idea of reallocating funds from the police budget to other areas. She also has the backing of a super PAC funded by police unions and New Balance chairman James Davis, who has donated huge sums to support Donald Trump and other Republicans.

Wu used her election night speech to declare, “This is a choice about whether City Hall tackles our biggest challenges with bold solutions or we nibble around the edges of the status quo.” Hours later, Essaibi George used her own address to argue that Wu’s pledges to make the regional subway system free and to institute rent control were not possible for a mayor to implement, declaring, “These are issues the state must address.” She added, “I want progress to be made—real progress—not just abstract ideas that we talk about.”

NEW YORK GOVERNOR — Rep. Lee Zeldin R-NY), the leading Republican candidate in next year’s race for governor in New York, revealed that he was diagnosed with leukemia last year and has been receiving treatment, the New York Times reports.

Rep. Adam Kinzinger (R-IL) says that former President Trump is “winning” because so many Republicans have “remained silent,” The Hill reports.

Said Kinzinger: “A couple days ago, my friend Anthony Gonzales announced he won’t run again, and now the pundits and politicos are discussing whether this means that Trump won.”

He continued: “So, let me answer this question—yes, as of now, Trump is winning. Not because Anthony decided not to run, but because so many in the Republican Party decided to stay silent.”

Dan Balz: “It may be time to revisit the old axiom from Tip O’Neill, the former Democratic House speaker from Massachusetts, who famously said that all politics are local. These days, as the California recall election showed, most politics are national.”

“Few presidents have taken more public pleasure in seeing one of their party’s own leave office than Donald Trump in his reaction to Rep. Anthony Gonzalez’s announcement that he would not seek reelection,” Politico reports.

“The Ohio Republican’s departure was, of course, a victory for Trump, and the first victim in his post-election crusade against the 10 Republican House members who voted to impeach him.”

A panel of North Carolina judges on Friday struck down the state’s law requiring voters to present photo identification before casting ballots, saying that the measure “was enacted in part for a discriminatory purpose” against African American voters, the Washington Post reports.

CNN: “As the midterm election season begins to take shape, party leaders are closely watching the decisions the five senators make about their political careers, something that could reshape the body, spark internal jockeying for key leadership positions and alter the race for the next Senate majority.”

Rep. Dan Crenshaw (R-TX) is building a following of engaged, young, conservative activists who are willing to spend their own money in order to see him speak at a series of summits, Politico reports.

It is the latest “logical extension of the celebrification of politics” that “underscores how the currency of campaigns has shifted from ideas and traditional forms of communication to communities and shared moments.”

BUFFALO MAYOR — With little time left before Friday’s deadline to finalize ballots, a federal and state appeals court on Thursday both sided with Democratic nominee India Walton to reverse lower court decisions that had allowed Buffalo Mayor Byron Brown to stay on the ballot as an independent following his upset loss in the primary to Walton. Consequently, the Erie County Board of Elections is set to mail out absentee ballots to military and overseas voters without Brown on the ballot, though he can still continue running as a write-in candidate and keep pursuing further appeals.

“House Democrats spent the past two elections crowing about ousting Republicans from longtime red districts that had suddenly grown competitive. Now, Republicans are about to make many of those targets disappear from the battlefield entirely,” Politico reports.   “GOP mapmakers are readying to shore up more than a dozen of the most hotly contested House battlegrounds from the past four years, narrowing Democrats’ path to maintain control of the House, as they prepare for midterm elections that are historically tough for the party in power.”