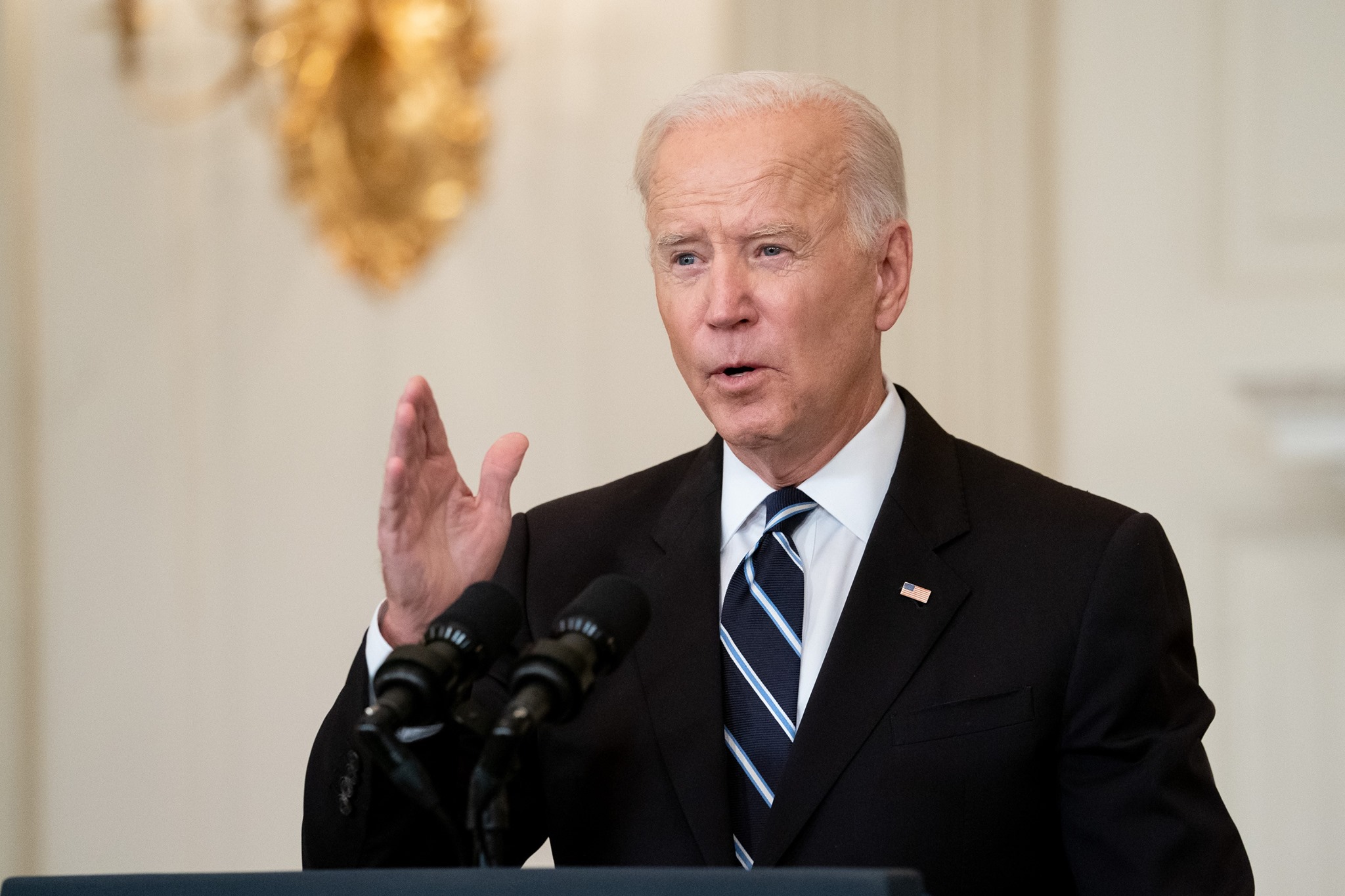 “Twice in the final months of the Trump administration, the country’s top military officer was so fearful that the president’s actions might spark a war with China that he moved urgently to avert armed conflict,” the Washington Post reports.

“In a pair of secret phone calls, Gen. Mark A. Milley, the chairman of the Joint Chiefs of Staff, assured his Chinese counterpart, Gen. Li Zuocheng of the People’s Liberation Army, that the United States would not strike, according to a new book by Washington Post associate editor Bob Woodward and national political reporter Robert Costa.”

“One call took place on Oct. 30, 2020, four days before the election that unseated President Trump, and the other on Jan. 8, 2021, two days after the Capitol siege carried out by his supporters in a quest to cancel the vote.”

Speaker Nancy Pelosi told Joint Chiefs of Staff Chairman Gen. Mike Milley that then-President Donald Trump was a “dictator” who “should have been arrested on the spot” after what she called his coup attempt to remain in the White House by inciting the Jan. 6 Capitol insurrection, CNBC reports.

The incident is reported in the new book, Peril by Bob Woodward and Robert Costa.

Said Pelosi: “The Republicans have blood on their hands.”

PELOSI: If they couldn’t even stop him from an assault on the Capitol, who even knows what else he may do? And is there anybody in charge at the White House who was doing anything but kissing his fat butt all over this? You know he’s crazy. He’s been crazy for a long time.

MILLEY: Madam Speaker, I agree with you on everything.

“Just eight days after the 2020 election, then-President Donald Trump was so determined to end the war in Afghanistan during his presidency that he secretly signed a memo to withdraw all troops by January 15, 2021, according to a new book, Peril, from journalists Bob Woodward and Robert Costa,” CNN reports.

“The November 11 memo, according to the authors, had been secretly drafted by two Trump loyalists and never went through the normal process for a military directive — the secretary of defense, national security adviser and the chairman of the Joint Chiefs had all never seen it. Unpredictable, impulsive, Trump had done an end run around his whole national security team.”

A conversation between then Vice President Mike Pence and former Vice President Dan Quayle on certifying the electoral vote, recounted in the new book, Peril by Bob Woodward and Robert Costa (via Politico):

QUAYLE: Mike, you have no flexibility on this. None. Zero. Forget it. Put it away.

PENCE: You don’t know the position I’m in.

QUAYLE: I do know the position you’re in. I also know what the law is. You listen to the parliamentarian. That’s all you do. You have no power.

Emails show that senior advisers to President Trump in February 2020 privately discussed the government’s “critical mistakes” in preparing for the pandemic, countering the former president’s optimistic claims in public, the Washington Post reports.

Said adviser Steven Hatfill wrote to Peter Navarro on Feb. 29, 2020: “In truth we do not have a clue how many are infected in the USA. We are expecting the first wave to spread in the U.S. within the next 7 days. This will be accompanied by a massive loss of credibility and the Democratic accusations are just now beginning. This must be countered with frank honesty about the situation and decisive direct actions that are being taken and can be seen in the broadcast news.”

Even though Navarro warned the president in a private memo the next day, Trump continued to downplay the virus’s risks in public.

Hawley also unloaded on President Biden, calling him a “disgrace” and urging him to resign.

Sen. Jim Risch (R-ID) bizarrely asked Secretary of State Antony Blinken about who in the White House has authority to “push the button” and cut off President Biden from speaking.

Sen Tim Kaine (D-VA) said at a Senate hearing that the U.S. had unrealistic goals going into the Afghanistan war.

Said Kaine: “We had good intentions about what we might have wanted in Afghanistan.”

“Al Qaeda could rebuild inside Afghanistan in one to two years, top intelligence officials said Tuesday, noting that some members of the terrorist group had already returned to the country,” the New York Times reports.

“The new timeline is not a drastic shift, but reflects the reality that the Taliban have a limited ability to control the borders of Afghanistan.”

“Prescription drug reform — a centerpiece of the Democrats’ $3.5 trillion reconciliation package — is on the brink of falling apart, as two key lawmakers have come out against the proposal being considered today in the Energy and Commerce Committee,” Punchbowl News reports.

“All this could blow a $700 billion hole in the Democrats’ reconciliation plans, making it harder for moderates to support it. Democrats were counting on the prescription drug reform creating hundreds of billions of dollars in savings by allowing Medicare to negotiate on prescription drug costs.”

“Joe Manchin and Kyrsten Sinema hold the reins on President Joe Biden’s jobs and families plan, and their fellow Democrats are struggling with how to handle it,” Politico reports.

“Led by Manchin’s media tour on Sunday shows and in the Wall Street Journal op-ed pages, the two moderate senators are essentially dictating the final terms of what their colleagues have envisioned as a transformational social spending, tax and environmental package. Manchin’s willingness to take his argument to the public has progressives seething and has made him the focal point of angst within the Democratic Party’s small majorities.”

“Are you crazy? Are you trying to get me shot? I’d never, ever want to be aligned with Joe Manchin. My wife would divorce me.”  — Sen. Jon Tester (D-MT), when asked by Politico if he was aligned with Manchin on the budget reconciliation bill.

Punchbowl News: “There are so many tripwires between now and the potential passage of President Joe Biden’s agenda, but here’s something interesting we noticed last night: The gulf between moderate and progressive Democrats seems to be widening by the minute.”

Key takeaway: “Reconciliation could take a while to finish. We’ve heard some speculation suggesting Democrats may not be able to wrap this up until November or December. We’re not going there yet, but it’s hard to see how this could possibly happen in early October.”

Vanity Fair: “In fact, between June 28 and August 8 — as ICUs became overwhelmed and COVID cases among children in the U.S. jumped — Fox News’ anti-vaccination campaign got even worse; according to a report from Media Matters, the network aired 840 claims undermining or downplaying vaccinations, with hosts and guests suggesting the lifesaving immunizations were unnecessary, dangerous, a violation of personal freedom, and a plot by Democrats to win elections.”

“Which is obviously a uniquely fucked-up position to take considering vaccines have been proved to work and are our only hope of one day getting out of this nightmare. Also fucked up? That Fox hosts obviously know this and are personally following COVID protocols off the air, but assume their viewers are stupid enough to buy that they’re all in this together.”

“Republicans’ sweeping denunciations of President Biden’s plan to force more people to get vaccinated against the coronavirus are raising concerns among public health experts that this heated criticism could help fuel a broader rejection of other vaccine requirements, including those put in place by schools and the military, as the issue of inoculations becomes increasingly political,” the Washington Post reports.

“The sharp rhetoric and failure to clarify their broader views on vaccines are worrying some public health experts.”

“U.S. poverty fell overall in 2020, a surprising decline that is largely a result of the swift and large federal aid that Congress enacted at the start of the pandemic to try to prevent widespread financial hardship as the nation experienced the worst economic crisis since the Great Depression,” the Washington Post reports.

“The U.S. Census reported that the official poverty rate rose slightly in 2020 to 11.4 percent, up from a record low 10.5 percent in 2019, but that figure leaves out much of the government aid. After accounting for all the federal relief payments, the so-called supplemental poverty measure declined to 9.1 percent in 2020 — the lowest on record and a significant decline from 11.8 percent in 2019.”

Rep. Alexandria Ocasio-Cortez (D-NY) attended the Met Gala fundraiser wearing a long white dress with the words “Tax the Rich” scrawled in large red letters across the back, Vogue reports.

Conservative radio host Bob Enyart became the latest vocal opponent of Covid-19 precautions to die of the virus, the Denver Post reports.  Enyart accused the “fake news” of exaggerating the severity of the virus and refused to get the vaccine, falsely claiming that it used “cells of aborted babies.”

“Florida Gov. Ron DeSantis and state Senate President Walton Simpson are backing away from a key component of the Texas abortion ban after Florida state lawmakers announced that they would consider passing a similar bill,” BuzzFeed News reports.  “Florida Republicans plan to take up their own anti-abortion legislation early next year, but DeSantis has expressed some hesitation about details of the Texas bill, which provides financial incentives to private citizens who file suit against anyone assisting someone with an abortion.”

Wisconsin gubernatorial candidate Rebecca Kleefisch (R) “said she would sign a Wisconsin bill banning abortions after a fetal heartbeat is detected, reducing the timeframe women could seek abortions from 20 weeks under current law to about six,” the Milwaukee Journal Sentinel reports.

“Americans’ expectations of future inflation hit a record high last month, according to a new report from the Federal Reserve Bank of New York, potentially challenging the central bank’s confidence that inflation pressures will ebb over time,” the Wall Street Journal reports.