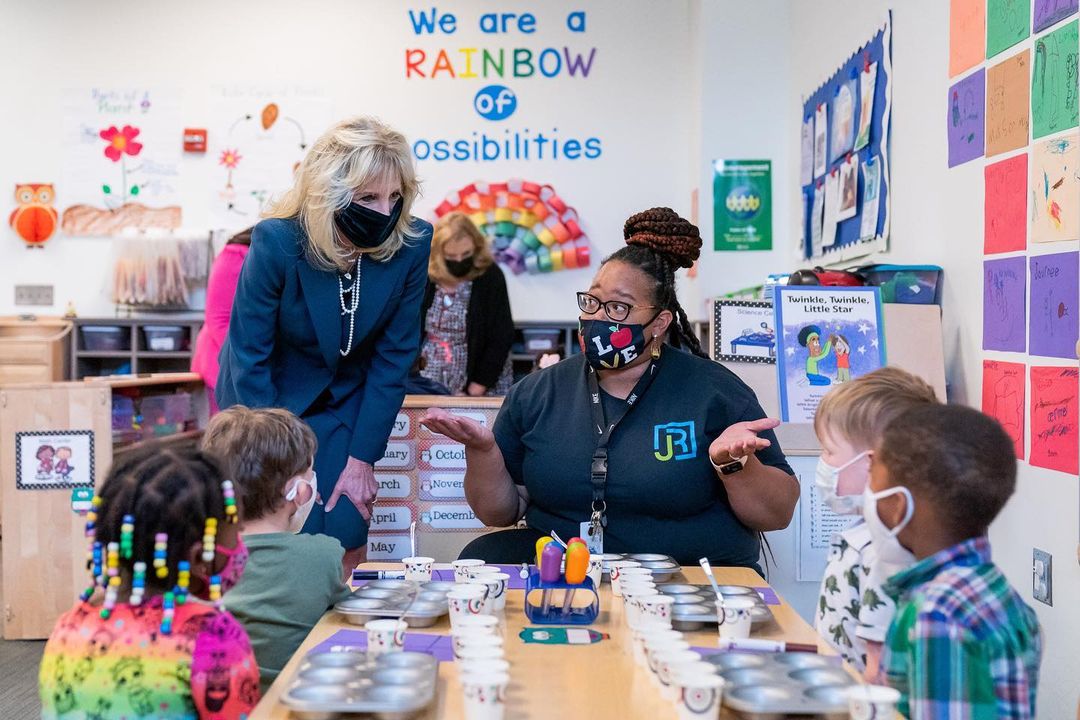 Politico: “Though Covid-19 is still afflicting the nation, Democrats in all three of the upcoming gubernatorial contests… have extensive field operations, as do down-ballot candidates and battleground state parties preparing for competitive 2022 elections.”

“It is a notable shift from last year’s elections, when Biden held off deploying field staffers until about a month before the election amid concerns about the coronavirus, while Republicans largely continued field work as normal. After a disappointing year down-ballot, Democrats say they can’t leave anything to chance with competitive off-year elections this fall.”

Said Boxer: “If Sen. Feinstein were to call me today and asked my advice, I would say only you can decide this. But from my perspective, I want you to know I’ve had very productive years away from the Senate doing good things. So put that into the equation.”

ARIZONA 2ND CD — State Rep. Randy Friese on Thursday abruptly dropped out of the Democratic primary for this open seat, with the physician declaring, “As the Delta variant surges across our region, it has become an increasing challenge to fulfill my obligations to the hospital, my patients, and the campaign amidst a run for Congress.” Friese was arguably the frontrunner to succeed his fellow Democrat, retiring Rep. Ann Kirkpatrick, in this Tucson-based seat: Friese’s $425,000 war chest at the end of June gave him an early financial advantage, while 314 Action reportedly planned to spend heavily for him.

Two fellow Democratic legislators essentially have the primary to themselves, at least for now. State Rep. Daniel Hernandez had $255,000 to spend at the end of the second quarter, while state Sen. Kirsten Engel had $235,000 available. The only notable Republican, by contrast, is Juan Ciscomani, a former senior advisor to Gov. Doug Ducey who announced last month. The current version of this constituency backed Joe Biden 55-44, though no one knows how redistricting will play out here.

MICHIGAN 6TH CD — Donald Trump on Tuesday continued his revenge tour against the 10 House Republicans who voted to impeach him by endorsing state Rep. Steve Carra’s primary campaign against longtime Rep. Fred Upton. The current version of this southwest Michigan seat backed Trump 51-47 last year, and Upton, who flirted with retirement last cycle, has not yet announced if he’ll seek a 19th term.

The Detroit Free Press’ Dave Boucher tweets that Carra has introduced eight bills or resolutions during his brief time in the legislature, “None have garnered any discussion.” One of his resolutions demanded that the U.S. House “adopt a resolution disavowing the January 2021 impeachment of President Donald J. Trump or expel [California] U.S. Representative Maxine Waters for continuing to incite violence.”

Another of his bills called for the state to conduct a “forensic audit” of Joe Biden’s 51-48 victory in the state. Carra argued that he didn’t know anyone in his community who wanted to overturn Biden’s win, though he himself previously appeared at a November rally calling for that very action.

WISCONSIN U.S. SENATOR — Lt. Gov. Mandela Barnes has unveiled a Clarity Campaign Labs poll of the crowded Democratic primary that gives him a 37-8 lead over his nearest opponent, Outagamie County Executive Tom Nelson. This is the first survey we’ve seen of the race to take on GOP Sen. Ron Johnson, who is continuing to keep everyone guessing about his 2022 plans.

FLORIDA 13TH CD — Nonprofit founder Audrey Henson announced Wednesday that she would seek the Republican nomination to succeed Democratic incumbent Charlie Crist, who is running for governor, in this St. Petersburg-based seat. Henson created College to Congress, which the Tampa Bay Times describes as a group that makes “often unpaid congressional internships accessible for students from low-income backgrounds.”

Henson joins a primary that includes 2020 nominee Anna Paulina Luna and Amanda Makki, who lost the nomination last year, in the contest for what is currently a 51-47 Biden seat.

Former President Trump said it is an “easy question” whether he’ll run for president again, while declining to share his decision.  Said Trump: “I know what I’m going to do.”

“House Minority Leader Kevin McCarthy and his leadership team are quietly working to prop up some of the GOP incumbents targeted by former President Donald Trump, putting the California Republican directly in the crosshairs of the right as he seeks to win back the majority,” CNN reports.

GEORGIA 10TH CD — Rep. Jody Hice announced that he was endorsing state Rep. Timothy Barr in the crowded Republican primary to succeed him in this safely red seat. Hice, a far-right favorite who is leaving to run for Georgia secretary of state, praised his would-be successor as “a proven fighter who will put America first and be an active member of the Freedom Caucus.”

“Former New Jersey Gov. Chris Christie is launching a comeback tour as he considers whether to mount a 2024 presidential bid that could put him on a collision course with Donald Trump,” Politico reports.

“The former governor is set to deliver a Thursday evening speech at the Ronald Reagan Library in Simi Valley, Calif. — a traditional waystation for GOP presidential aspirants — as part of a speaker series the organization is hosting that focuses on the future of the Republican Party. The high-profile appearance comes as Christie intensifies his political activities ahead of the 2022 midterm elections, with a book on the way, a new perch helping the GOP raise money, and plans to help the party flip control of the House next year.”

Matt Bai: “There’s basically no one at the highest echelon of Republican politics who seems willing to take a stand against Trump or his minions in 2024. The conventional wisdom is that if Trump runs again, he wins without a fight.”

“There are plenty of powerful conservatives who mourn the loss of rational Republicanism, but I can’t point to a single one who seems inclined to tear the party apart in order to save it.”

“The other thing we know is that, if someone is going to finally shake Republicans from this Trumpian nightmare, it’s probably not going to be anyone who stood on principle from the start and is mostly popular with Democrats — Mitt Romney or John Kasich or Liz Cheney.”

Larry Sabato’s Crystal Ball: “We’ve said before that the Republicans were favored to win the House majority next year, both because of redistricting and also because of the usual midterm trend that breaks against the party in the White House, among other factors. Following the completion of this redistricting preview, we have not changed our view on that.”

“We did our own back-of-the-envelope projections of the House and anticipated some aggressive (but not maximally aggressive) gerrymandering by both Republicans and Democrats, where applicable. We also assumed a somewhat neutral political environment, which very well may not end up being the case – in all likelihood, Joe Biden’s currently net-negative approval rating needs to rebound for there to be even a neutral environment next year as opposed to a Republican-leaning one.”

“Anyway, we got a GOP net gain of roughly a dozen seats, more than the five-seat improvement they need from the 2020 results to win the House majority. This is a deliberately modest outlook, and Republicans could easily blow past it next year, while there are also scenarios under which Democrats are able to minimize those GOP gains and perhaps even save their majority. But our default expectation has been, and remains, a Republican House takeover next year.”

Nate Cohn: “As they’ve grown in numbers, college graduates have instilled increasingly liberal cultural norms while gaining the power to nudge the Democratic Party to the left. Partly as a result, large portions of the party’s traditional working-class base have defected to the Republicans.”

“Over the longer run, some Republicans even fantasize that the rise of educational polarization might begin to erode the Democratic advantage among voters of color without a college degree. Perhaps a similar phenomenon may help explain how Donald J. Trump, who mobilized racial animus for political gain, nonetheless fared better among voters of color than previous Republicans did, and fared worse among white voters.”