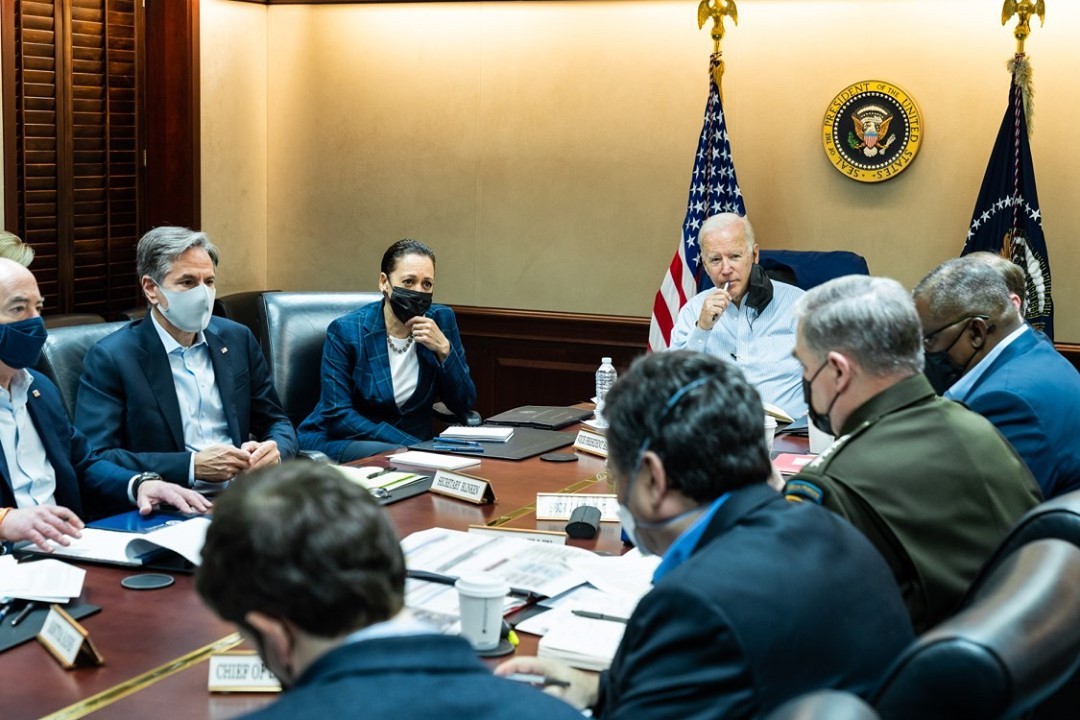 Said Manchin: “We don’t have the need to rush into this and get it done within one week because there’s some deadline we’re meeting or someone’s going to fall through the cracks.”

Meanwhile, the AP reports the White House is “comfortable with settling for a lower price tag… so long as the end result produces a tax system that voters judge as fair.”

“There’s a growing realization among Democrats that their plans for a $3.5 trillion spending package to reshape the nation’s social safety net and to tackle climate change will have to be slimmed down because of anxious centrists worried about the 2022 midterms,” The Hill reports.

Aaron Blake on how the GOP became the anti-vaccine party: “Many things have conspired to bring us to this moment in American politics, in which more than 600,000 deaths are apparently insufficient in the minds of some for such a step. But perhaps the turning point came in Texas in 2007.”

“Out of the blue, a conservative Republican governor named Rick Perry signed an executive order. The order made his state the first in the country to mandate a vaccine for a sexually transmitted virus that causes cervical cancer, the human papillomavirus (or HPV), for girls entering the sixth grade.”

“The response was swift, and the GOP-controlled state legislature soon overrode him. But the conservative concerns often pertained less to the safety of the vaccine or the appropriateness of the such mandates — as they do today — and more to both the limited scale of the problem and to the idea that the vaccine would encourage promiscuity in young girls.”

Politico: “There is growing worry among some rank-and-file Democrats that their tunnel-vision mentality on a $3.5 trillion budget reconciliation bill could provoke economic blowback if Republicans hold the line and tank efforts to lift the debt ceiling.”

“And Democrats’ threadbare majorities in Congress are leaving the party with little time to wriggle out of a dangerous economic morass that could overwhelm their other priorities, from voting rights to tax increases on the wealthy to a sweeping expansion of the social safety net.”

“With a make-or-break vote looming in the Senate on a sweeping voting-rights and anti-corruption bill, President Joe Biden and his advisers have said in recent weeks that Biden will pressure wavering Democrats to support reforming the filibuster if necessary to pass the voting bill,” Rolling Stone reports.

“According to three people briefed on the White House’s position and its recent communications with outside groups, Biden assured Senate Majority Leader Chuck Schumer and House Speaker Nancy Pelosi that he was ready to push for filibuster reform. Biden’s pressure would aim to help Schumer convince moderate Democrats to support a carveout to the filibuster, a must for the party if it’s going to pass new voting protections without Republican votes.”

Said one source, Biden told Schumer: “Chuck, you tell me when you need me to start making phone calls.”

The New York Times reports the U.S. is now lagging behind the UK, Canada, France, Germany and Italy — and just above Japan — in vaccination rates, though trend lines suggest the U.S. will soon slip to last place.

A new report by Third Way concludes: “Contrary to the media narrative, overall crime decreased in 2020 compared to 2019.”

NBC News: “The study shows that homicides went up last year, but found that category to be an outlier.”

“Boris Johnson has outlined his vision for a decade in power as colleagues say he wants to be prime minister for longer than Margaret Thatcher,” the Sunday Times reports.

“He said he was determined to address the ‘catastrophic’ economic mistakes of the past 40 years and use Brexit to rectify inequalities across the country.”

“Setting out his pitch for the 2024 election for the first time, he said voters would be able to see his ‘great, great project’ of levelling up making progress across Britain. ‘It’s going to take a while, it’s going to take ten years.’”

Prince Andrew has been served a lawsuit from an American woman alleging that he had sex with her when she was underage, ABC News reports.

“Health officials are urging people to get their flu shots now, in an attempt to prevent further strain on hospitals already overwhelmed by Covid-19 and other viruses,” NBC News reports.   “The push to get flu shots as soon as possible comes as two studies warn that this flu season could be a miserable one.”

“Doctors, scientists, intelligence agents and government officials have all been trying to find out what causes ‘Havana syndrome’ – a mysterious illness that has struck American diplomats and spies,” the BBC reports.  “Some call it an act of war, others wonder if it is some new and secret form of surveillance – and some people believe it could even be all in the mind. So who or what is responsible?”

“Key backers of the QAnon conspiracy theory are carrying out a coordinated campaign against a Chicago hospital that has refused to prescribe an unapproved drug to treat one of the group’s followers for COVID-19,” the Chicago Sun Times reports.   “The supporters are demanding that doctors give a hospitalized ally ivermectin, a medication approved for treating parasites in both humans and animals that has garnered huge interest in recent weeks, with the vaccine-averse increasingly touting it as a groundbreaking coronavirus treatment.”