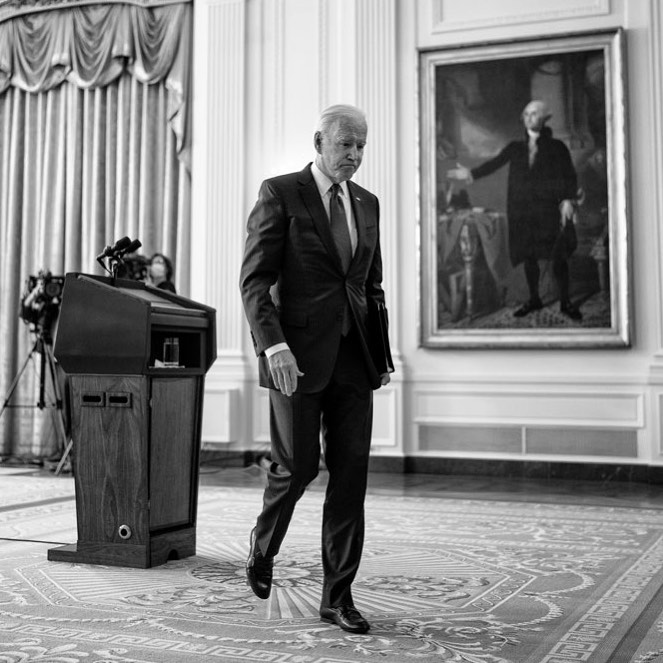 “GOP officials in at least seven states, including Arkansas, Florida, South Carolina and South Dakota, have suggested they may review or amend their states’ laws to mirror Texas’s,” the Washington Post reports.

Playbook: “We can’t help but notice that many of those states have something in common: Republican governors with 2024 ambitions.”

“It sets up a competitive dynamic where each would-be GOP nominee embraces a Texas-like law in order to avoid being outflanked by a potential rival. But in doing that, they effectively put the issue front and center — politically dicey for the general election — and ensure that all Republican candidates will be asked about it.”

Dan Balz: “The legislative party in Texas is dominated by White politicians, specifically White men. The Texas Tribune reported at the start of the legislative session in January that all but five of the 100 Republicans in the state House and Senate were White, while 13 of the 100 were women. In a state whose population is about 40 percent Hispanic, just two of the Republicans in the state House were Latino, two Asian and one is Black…”

“Texas is an example of the balkanization of the country, as red and blue states push further and further apart in the policies they embrace and enact. No state of note, however, has gone as far in one direction as Texas. In that way it is a model for those who cheer those policies. Whether it becomes a political object lesson is now the question.”

Zoe Ettinger: What would happen if I were pregnant in Texas right now?

“Portland Mayor Ted Wheeler (D) announced on Friday that Portland City Council will vote on an emergency resolution on Wednesday with the intent to ban city business and employee travel related to the state of Texas,” Oregon Public Broadcasting reports.

“The resolution was made in response to the state’s recent abortion laws that greatly restrict access to the procedure. In a statement from the city of Portland, the law was called unconstitutional.”

Politico: “The pain, sadness, anger and frustration service members past and present are feeling in the wake of the U.S.’s chaotic departure from Afghanistan has upended the Biden White House’s relations with veterans groups, many of which are now publicly blaming the president for mismanaging the drawdown. That has sent the administration, which has brushed off criticism from Republicans and some Democrats about the way the war ended, into damage control mode.

“Officials from the president on down are now scrambling to tamp down a brewing backlash within a military community that was, in some corners, initially drawn to Biden’s experience as a military father who has himself endured a history of family tragedies. The effort is a sign of how important that relationship is to the White House and to Biden, personally.”

Wall Street Journal: “The recent spread of the highly contagious Delta variant has thrown back-to-school plans into disarray, temporarily driving tens of thousands of students back to virtual learning or pausing instruction altogether.”

“The shutdowns are hitting classrooms especially hard in the Deep South, where most schools were among the first to open, a possible warning of what’s to come as the rest of the nation’s students start school this month…”

“It is difficult to assess precisely how badly schools have been hit by the virus, partly because of variations in data reporting. But according to an analysis of the available data from state health departments, the number of infections in school-age children has climbed more rapidly in states where students have been back in school for weeks.”

Transportation Secretary Pete Buttigieg and his husband, Chasten, announced that they had welcomed two new babies to their family.

It is unclear whether the transportation secretary will take paternity leave

Washington Post: “Nationally, covid-19 deaths have climbed steadily in recent weeks, hitting a seven-day average of about 1,500 a day Thursday, after falling to the low 200s in early July — the latest handiwork of a contagious variant that has exploited the return to everyday activities by tens of millions of Americans, many of them unvaccinated.”

“The first person to be sentenced for a felony in the Jan. 6 Capitol attack now says he was bullied by his attorney into pleading guilty and would like to take it back,” the Washington Post reports.

Private donations to build a wall along Texas’s border with Mexico surpassed $54 million dollars in August, the Texas Tribune reports.

“Every time she criticizes me, she uncriticizes me about 15 minutes later.”  — Former President Donald Trump, quoted by The Hill, on his former U.N. ambassador and possible 2024 Republican presidential candidate, Nikki Haley.

“Japan’s prime minister, Yoshihide Suga, is to step down from his party’s leadership this month amid mounting discontent at his government’s handling of the pandemic,” The Guardian reports.

“Suga took office less than a year ago, stepping up after serving as chief cabinet secretary and government spokesperson. The ruling Liberal Democratic party (LDP) is due to hold its leadership election on 29 September and Suga had been widely expected to seek reelection.”

Said Acosta: “Over on Fox, human manure-spreader Tucker Carlson has floated yet another race-baiting conspiracy theory that tens of thousands of Afghan refugees are being welcomed into this country to change the outcome of future elections.”

Gen. Mark Milley, chair of the Joint Chiefs of Staff, told Fox News that civil war will “likely” erupt in Afghanistan and this could lead to al-Qaeda’s resurgence.

“Taliban fighters violently suppressed a women’s protest Saturday in Kabul, while 70 miles to the north ex-Afghan army and militia members battled the Islamist group in Panjshir Province, as pockets of anti-Taliban resistance continued to flare up,” the New York Times reports.

“Several of the women, who were demanding inclusion in the yet-to-be named Taliban government, said they were beaten by Taliban fighters — some of the first concrete evidence of harsh treatment of women by the group.”

“Nearly 1 in 3 Americans live in a county hit by a weather disaster in the past three months,” the Washington Post reports.

“On top of that, 64 percent live in places that experienced a multiday heat wave — phenomena that are not officially deemed disasters but are considered the most dangerous form of extreme weather.”

President Biden will commemorate the 20th anniversary of 9/11 next Saturday by traveling to the three sites of the terrorist attacks, Axios reports.

Former President Trump is in advanced talks to sell rights to his Trump International Hotel in Washington, D.C., Axios reports.

“The removal of Trump’s big, golden name from Pennsylvania Avenue would be a symbolic bombshell savored by opponents.”