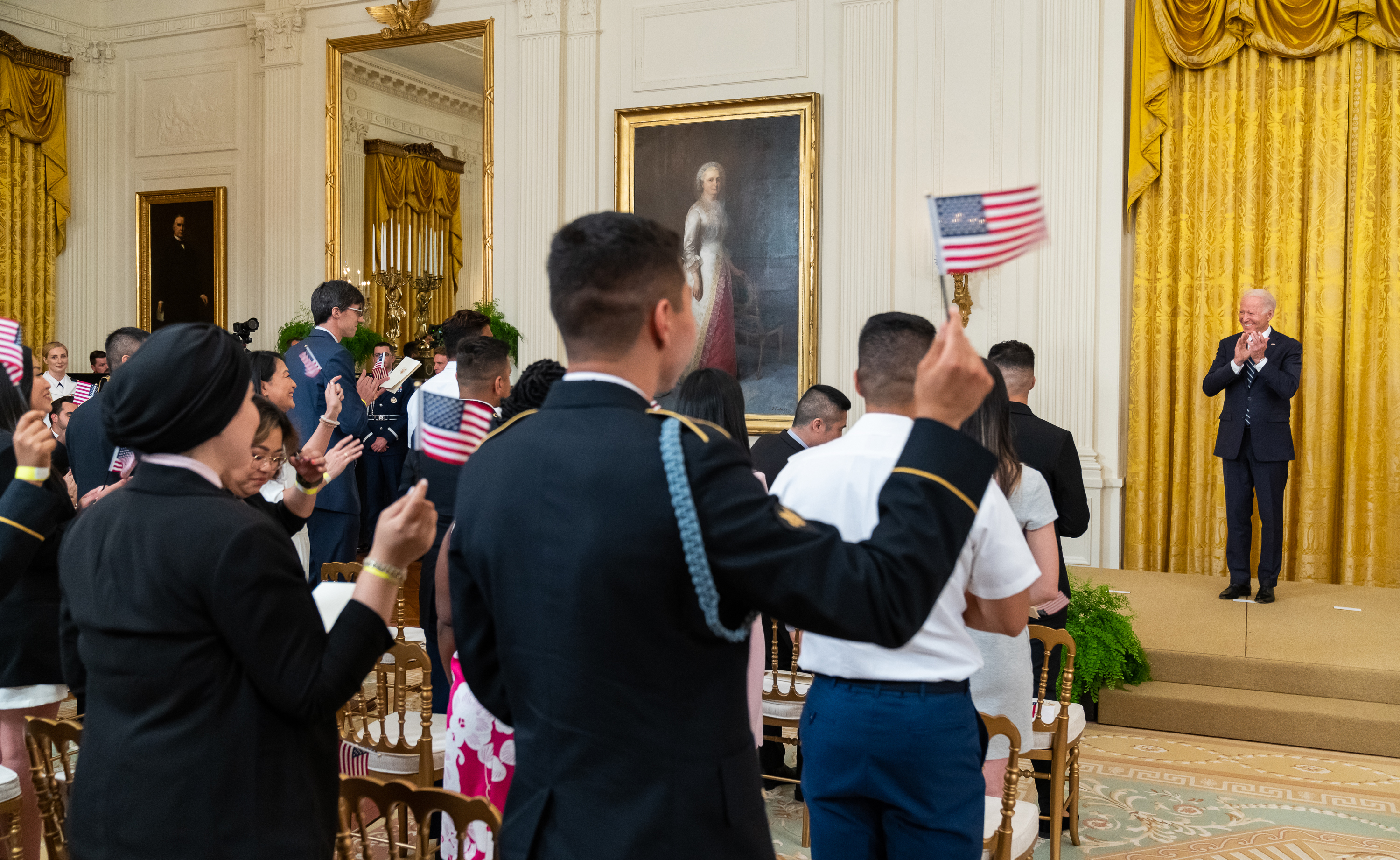 “Most laws delegate enforcement to public officials. This one delegates exclusive enforcement to private citizens, who are authorized to sue anyone who ‘aids or abets’ an abortion after six weeks. Citizens who prevail in their civil lawsuits are entitled to at least $10,000 per abortion along with legal costs.”

“The law sets an awful precedent that conservatives should hate. Could California allow private citizens to sue individuals for hate speech? Or New York deputize private lawsuits against gun owners?”

Philip Bump: “It seems likely that the withdrawal from Afghanistan, obviously a major part of the political discussion at the moment, will fade from view somewhat over the coming weeks. It’s possible that the pandemic will, too, with the fourth surge in cases starting to slow its increase. But it’s far more likely that the latter issue will stick around and influence Biden’s approval both directly and through the wobbling of the economy. It’s likely, too, that it will reemerge later this fall and winter as cases increase in parts of the country where the weather has turned cold.”

“In other words, it’s likely that Biden’s political position softened thanks to Afghanistan but that, over the long term, it’s more at risk from the pandemic that he has a uniquely limited ability to influence.”

“In their initial rollout, Democratic leaders said the plan would be fully offset with higher taxes on companies and wealthy households along with spending reductions, such as letting Medicare negotiate for lower drug prices,” the Wall Street Journal reports.

“But as they confront detailed choices, senior lawmakers have begun suggesting that the intraparty consensus on taxes might not provide enough money. That scenario could prompt them to increase federal borrowing or pare back spending ambitions.”

“The imminent choices are likely to inflame already-high tensions between the party’s centrist and liberal wings, which both must back the legislation to muscle it through Congress without GOP support.”

Although Trump Tower is struggling to lease out office space during the pandemic, the Washington Post reports it does have one reliable tenant: Donald Trump’s own political operation.

The Make America Great Again PAC has been paying the Trump Organization $37,541.67 each month to rent some rarely used office space on the 15th floor.

Former President Trump told the Wall Street Journal that he “probably won’t” get a third shot of the Covid-19 vaccine if health regulators authorize it.  Said Trump: “I feel like I’m in good shape from that standpoint — I probably won’t.”

He added: “I’ll look at stuff later on. I’m not against it, but it’s probably not for me.”

“President Biden signed an executive order on Friday directing the Department of Justice and other relevant agencies to pursue a declassification review of documents related to the FBI’s investigations of the 9/11 attacks,” Axios reports.

Second Rough Draft: “As of August 23, CDC reports that 171 million Americans had been fully vaccinated, and that perhaps as many as 2063 of these had died of breakthrough cases of COVID. The number of deaths — more than two thousand people — sounds scary until you do the math. Then you find that the death rate among the fully vaccinated is less than one in every 82,000 people.”

“Executives of hedge fund Renaissance Technologies LLC will personally pay as much as $7 billion in back taxes, interest and penalties to settle a long-running dispute with the Internal Revenue Service, the firm said, a tax settlement that may be the largest in history,” the Wall Street Journal reports.

“The U.S. plans to send at least two Afghan evacuees back out of the country to Kosovo because of security concerns raised after they arrived at a U.S. airport,” NBC News reports.

“The sources caution, however, that federal officials are acting out of abundance of caution, and just because a person is flagged does not mean they are a terrorist or pose a threat.”

Washington Post: “A new study of user behavior on Facebook around the 2020 election is likely to bolster critics’ long-standing arguments that the company’s algorithms fuel the spread of misinformation over more trustworthy sources.”

“From August 2020 to January 2021, news publishers known for putting out misinformation got six times the amount of likes, shares, and interactions on the platform as did trustworthy news sources, such as CNN or the World Health Organization.”

“The bare-chested man pictured with his face painted, wearing a horned helmet and howling in the Senate chamber during the insurrection on January 6th is expected to plead guilty Friday in federal court to charges stemming from his participation at the riot,” CBS News reports.

New Hampshire Gov. Chris Sununu (R) was admitted to the hospital on Friday after feeling sick for days with flu-like symptoms, the AP reports.

Molly Jong-Fast: “Around September 1997, a 48 year old Linda Tripp began to record her phone calls with a 22-year-old intern. It was these tapes that would make Monica Lewinsky the most famous intern in the world. Monica herself was barely an adult when this betrayal thrust fame upon her. She never signed up for public life, she wasn’t promoting a book or a movie or an album. She was just a girl right out of college, filled with the kind of insecurities girls just out of college have. But she became a whipping post for all of America’s basest, most misogynistic tendencies. He was arguably the most powerful man in the world, and yet all of this was somehow her fault.”