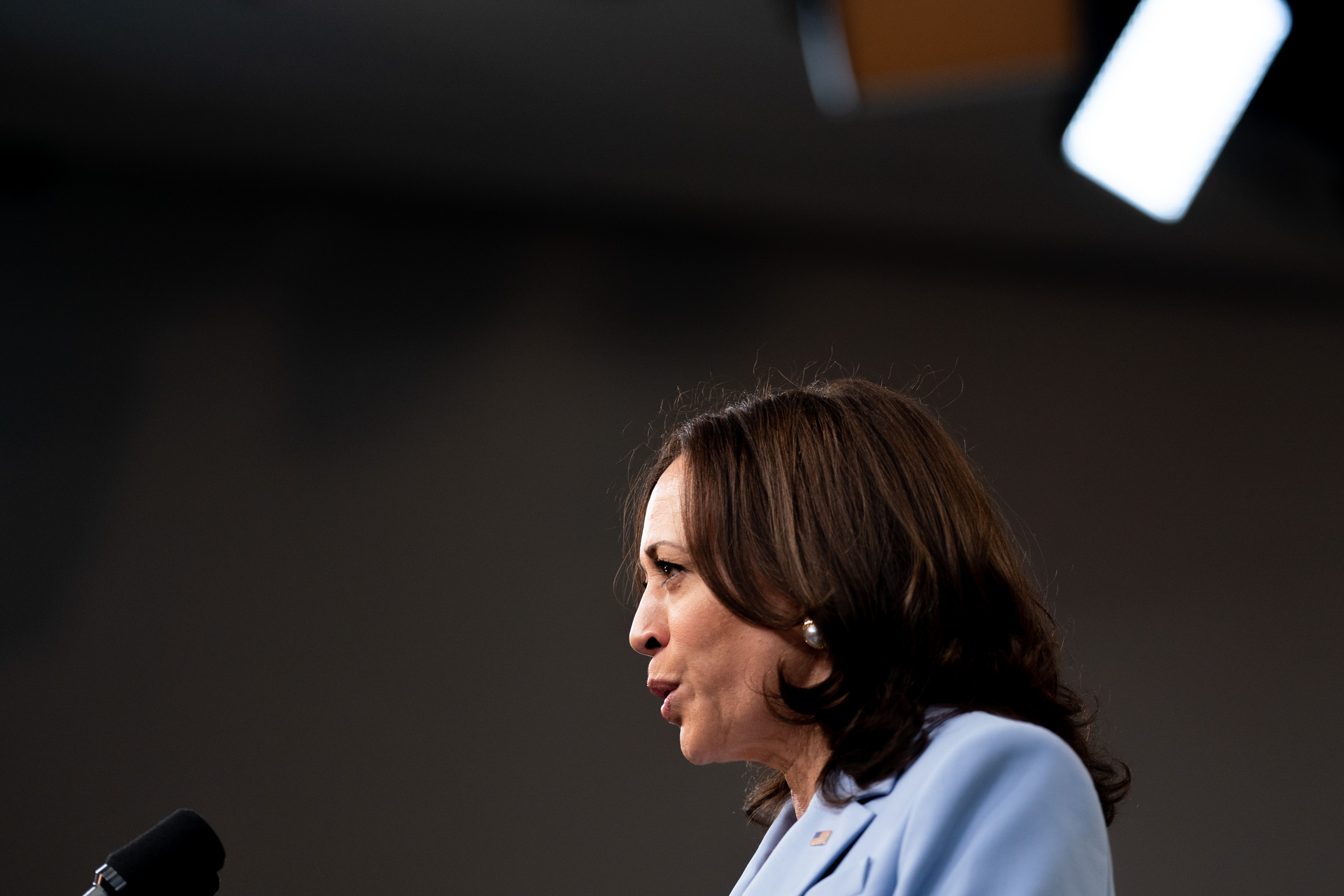 A new NBC News poll finds 54% of all adults say abortion should be legal in “all or most cases,” while 42% saying it should be illegal.

“One other thing to consider in this debate: Much of the country appears to be in the middle on abortion… It’s just that our present political system — and our political parties — can’t handle the middle anymore, especially on abortion.”

The negative headlines from Afghanistan over the last month are certainly a factor.

But a much bigger factor in Biden’s declining approval rate may be the majority of Americans who now say the “worst is yet to come” in the coronavirus pandemic — the highest it has been since Biden took office.

A new Politico-Morning Consult poll finds that 61% of Americans believe the country is on “the wrong track,” compared to just 39% who say the country is “going in the right direction.”

Charlie Cook: “No one can know whether President Biden will get re-elected in 2024 or even if he will seek a second term. Similarly, in my mind, strong predictions of what will happen in next year’s midterm elections, mostly in the prevue of fools, partisan cheerleaders, or both.”

“But the wafer-thin, five-seat edge in the House and their paper-thin, one-seat margin in the Senate are knowable, as is the historic pattern of midterm elections for parties holding the White House.”

A new Axios-Ipsos poll finds just 20% of Americans are “not very likely” or “not at all likely” to get a Covid-19 vaccine.

That’s the lowest number ever recorded in the poll.

A new Saint Anselm poll in New Hampshire shows Gov. Chris Sununu (R) with a 49% to 41% lead over Sen. Maggie Hassan (D-NH) in a potential 2022 matchup for Senate.

The FiveThirtyEight polling average shows 51.3% of Californians are now opposed to recalling Gov. Gavin Newsom, while 44.9% support a recall.

Politico: “Georgia Republicans say it’s merely an attempt to improve a chronically mismanaged elections administration. But a newly-formed election review panel in Atlanta’s Fulton County is nevertheless sparking outrage — and paranoia — from Democrats who believe it’s the GOP’s first step toward commandeering the levers of election administration in the counties that powered Democratic gains last year.”

“The belief is not entirely unfounded. … In the GOP’s action in Fulton County, Democrats see the makings of a grand design to take control of local election offices in the metro Atlanta region, which would give Republicans the power to challenge election results, hold up certification and announce investigations in the counties that produce the most Democratic votes. In other words, it would enable them to execute the pieces of the Trump playbook that failed in 2020.”

Nevada Independent: “According to numbers released on Wednesday by Secretary of State Barbara Cegavske’s office, of the 1.8 million active registered voters in Nevada, non-major party voters — including those registered as nonpartisan as well as with smaller political parties —  now make up roughly 34.8 percent, or more than 651,000 individual voters.”

“Those totals overtake registration numbers for both major political parties — 34.78 percent are Democrats and 30.4 percent are Republicans.”

“The Arizona Senate is continuing its fight to keep secret nearly 3,000 emails and text messages sent by lawmakers and others that relate to the Maricopa County election audit,” the Arizona Republic reports.

VIRGINIA GOVERNOR — Republican nominee Glenn Youngkin is out with three new ads, all focusing on crime. The first two feature Chesterfield County Sheriff Karl Leonard and Montgomery County Sheriff Hank Partin reading the same script almost verbatim, proclaiming that “Virginia won’t be safe with four more years of [Democrat] Terry McAuliffe.” The third spot is more positive, showing a Black woman whose father was killed in the 2015 Charleston shooting by a white supremacist saying that Youngkin is the best-equipped candidate to handle the “rising crime” in Virginia.

McAuliffe is also out with a new commercial that again attacks Youngkin’s opposition to abortion. The ad features a doctor who chides Youngkin for his anti-abortion views and portrays McAuliffe as a governor who would focus on issues such as the economy and education, “not someone who wants to do my job.” This is the second recent spot from McAuliffe to go after Youngkin on reproductive rights.

“Several of the Republican Party’s biggest and most influential donors are signaling that they don’t plan on helping fund former President Trump’s political operation, at least for now,” CNBC reports.

“Wealthy financiers have instead opted to spend money on the GOP’s efforts to take back Congress, or to support other potential 2024 presidential candidates such as Ron DeSantis and Tim Scott.”

Will Wilkinson: “I suspect that battle between North and South lives on both culturally and geographically. The North has drifted out of the countryside and concentrated itself into our cities. At the same time, America’s rural and exurban counties have slowly become more and more homogeneously Southern.”

“My hunch is that rural white culture, which was once regionally varied and distinctive, became more uniform by becoming increasingly Southern.”

WISCONSIN GOVERNOR — Bill McCoshen (R), who is preparing to run for Wisconsin governor, was cited for disorderly conduct in 2008 “for urinating publicly inside a local tavern and then going outside to finish relieving himself in a planter in front of the establishment.” the Milwaukee Journal Sentinel reports.

Former Lt. Gov. Rebecca Kleefisch has filed paperwork to create a campaign committee ahead of her long-anticipated bid for governor, though she still isn’t launching a campaign just yet and a spokesperson offered no timetable for when she might do so. Another Republican, state Rep. John Macco, also set up a committee last month and says he’ll decide “in the next few weeks.”

“If Senate Republicans seem conservative now, just wait until next year. The 2022 midterms could usher in a wave of full-spectrum MAGA supporters who would turn the GOP conference an even deeper shade of red — and make the Senate a lot more like the fractious House,” Politico reports.

“In the five states where Republican senators are retiring, the primary election fields to succeed them are crowded with Donald Trump supporters who have made loyalty to the former president a cornerstone of their campaigns.”

Jonathan Bernstein: “It’s true that the available Senate seats in 2024 will be extremely challenging for Democrats. There are no obvious pick-ups — no states that President Joe Biden won that are currently represented by a Republican — and several Democratic seats that will likely be very difficult to defend. One, Senator Joe Manchin’s seat in West Virginia, seems almost certain to flip to Republicans. If that happens, and Democrats need even one net seat to win a Senate majority, they would have to hold several other tough seats while finding two or more unlikely wins.”

“So yes, betting more than three years in advance, I wouldn’t take even odds that Democrats would win a new majority in 2024. But it’s one thing to assess the odds; it’s another to be too confident about the future. It’s not hard to come up with a few ways Democrats could win a seat or two.”