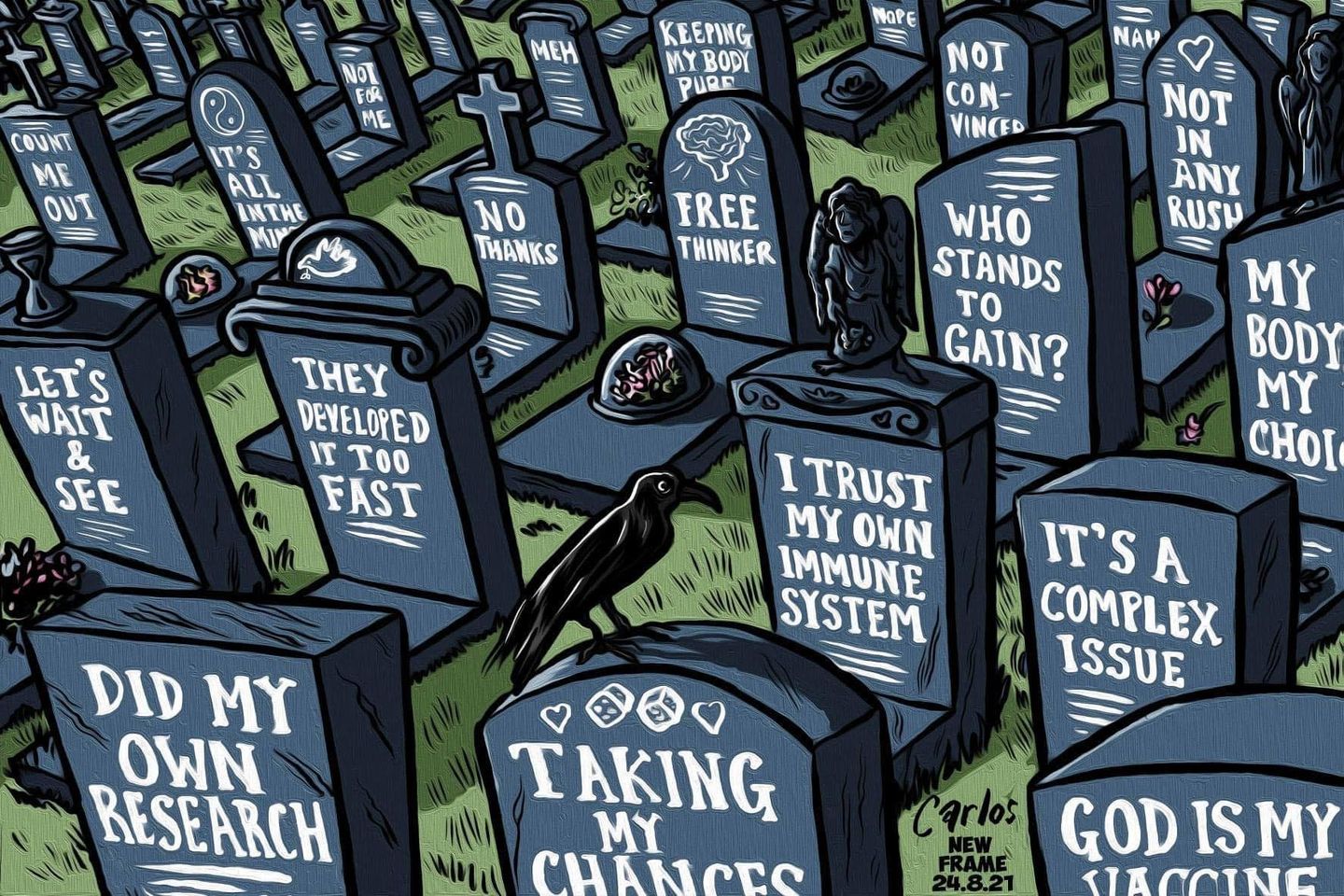 The majority of the American public — 56% — does not believe the withdrawal from Afghanistan will have a significant impact on American security from terrorism, according to a new ABC News-Ipsos poll.

A new Change Research poll in California finds just 42% support a recall of Gov. Gavin Newsom (D) while 57% oppose it.

Even better news for Newsom: 92% of all Democrats have either already voted (54%) or say they definitely will (38%) — still below Republicans’ 98%, but enough to widen the margin among the likeliest voters.

“The Republican Party of Virginia filed a lawsuit Thursday seeking to remove Democrat Terry McAuliffe from the ballot for governor because his signature is missing from a candidate form he submitted to the state in March,” the Washington Post reports.

“Republicans touted the lawsuit on social media, but a similar suit against McAuliffe argued last week by a pair of Virginia voters failed to persuade a Richmond judge to halt the printing of ballots for the November election.”

Said Gaetz: “Our thinking is we’re kind of the advance team for Trump if any of these, you know, Chris Christie, Nikki Haley kind of like half-Trumpers or Never Trumpers try to run.”

Arizona Attorney General Mark Brnovich (R) “is threatening to withhold millions in state funds from Maricopa County if it doesn’t comply with the state Senate’s partisan audit of the 2020 election,” Axios reports.

Playbook: “As governor of New York, Andrew Cuomo was notorious among the Albany press corps for using the media as a tool to inspire fear and sow mayhem. He’d speak to reporters on background as a “senior administration official,” and use that anonymity to defend himself. He’d plant unsavory stories about political opponents. He’d get his aides to carry out his dirty work.”

“It’s an approach Cuomo plans to continue in life after office.”

“Rich Azzopardi — Cuomo’s longtime spokesperson and senior adviser — is the former governor’s first big hire using the $18 million in leftover campaign cash the governor had amassed for his now-defunct reelection campaign — and which he now plans to use to mount a campaign of retribution against his perceived political enemies, including now-Gov. Kathy Hochul.”

Texas Tribune: “After months of drama and political resistance, the curtain lowered Thursday on Democratic attempts to stave off a far-reaching rewrite of the state’s voting laws coveted by Republicans seeking to retain their hold on power in a changing Texas.”

“One week after finally regaining enough members to conduct business, the Texas House slogged through a 12-hour floor debate before signing off on a slightly revised version of the Republican legislation that first prompted Democrats to stage a nearly six-week absence from the Capitol.”

“His replacement would probably be someone who opposes strict anti-coronavirus measures; the end of California’s mask mandates and COVID-19 lockdowns would quickly follow. Then another potential ripple: If Dianne Feinstein, the state’s aging and ailing senior senator, was unable to finish her term, whoever wins the recall—if not Newsom then most likely a Republican—would appoint her replacement.”

GEORGIA U.S. SENATOR — Atlanta Journal-Constitution on the domestic violence charges against Hershel Walker: “The woman, Myka Dean, detailed the alleged threats made by Hershel Walker to authorities in the Texas city of Irving in a January 2012 police report.”

“Dean is the second woman who was involved romantically with Walker to accuse him of making violent threats… In the report, Dean told authorities that Walker ‘lost it’ and flew into a fury when she told him she wanted to start dating other people.”

“Democrats have filed a complaint against Republican U.S. Senate hopeful Herschel Walker,” WXIA reports. “The complaint alleges Walker violated the law by spending money as a political candidate before filing required paperwork declaring his candidacy interest in the race.”

Zachary Wolf: “California’s recall process ranks right up there with the Electoral College when it comes to quirks in US democracy that gives — or takes way — Americans’ leaders.”

“But while the the Electoral College is a buffer between the people and their leader — it routinely allows the person with fewer overall votes to gain control of the White House — the recall process is a cattle prod to the system, allowing a fraction of voters, through signature petitions, to force a special election in an off year, when voters might be less likely to show up.”

Associated Press: “In many places, the share of the Hispanic and Black populations in the latest census figures fell below recent estimates and an annual Census Bureau survey, suggesting that some areas were overlooked.”

“For the share of the Black population, the trend was most visible in southeastern and Mid-Atlantic states, including Alabama, the District of Columbia, Georgia, Louisiana, Maryland, Mississippi, North Carolina, South Carolina, Tennessee and Virginia.”

“For the Hispanic population, it was most noticeable in New Mexico and Arizona.”

“Republicans who control the Wisconsin Legislature are seeking approval to spend up to $680,000 in taxpayer money on an investigation into the 2020 presidential election in the battleground state won by President Joe Biden,” the Associated Press reports.

“A GOP-controlled committee will vote on the spending by Monday without holding a public hearing.”

WEST VIRGINIA 2ND CD — The Office of Congressional Ethics has found that Republican Rep. Alex Mooney improperly spent more than $40,000 in campaign funds on personal expenses, including on meals and trips to resorts, according to a copy of an OCE report obtained by Roll Call’s Chris Marquette. The OCE also previously voted last month to refer the matter to the House Ethics Committee, reports Marquette, which is investigating further and can hand down punishments for ethical violations.

ILLINOIS 17TH CD — Democrats have yet to land a notable candidate in the race to succeed retiring Rep. Cheri Bustos, but Politico’s Ally Mutnick reports that Rockford Alderman Jonathan Logemann is “likely to run,” according to an unnamed source “familiar” with the DCCC’s recruitment efforts. She also mentions state Sen. Steve Stadelman as another possible candidate. There’s no comment from either man, though potential contenders may be waiting for Democrats in the legislature to unveil a new map, which Mutnick reports is likely to make Bustos’ swingy seat bluer.