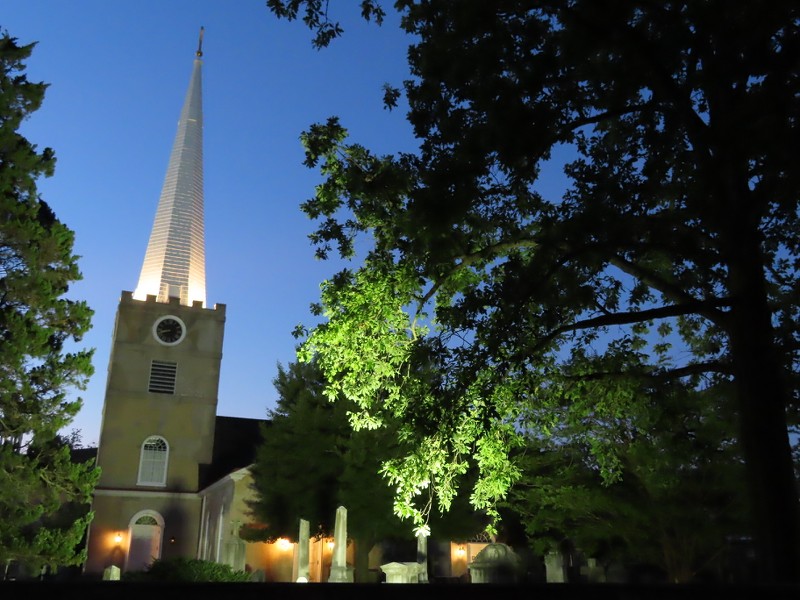 Immanuel Episcopal Church, on the Green in New Castle. The nave was built in 1706, on top of a 17th century blockhouse site. The nave’s exterior was stuccoed by 1817. The transcepts and tower were added in the 1820s. The church was gutted by a fire in 1980, with only the walls saved, but was reconstructed in its 1820s form. Immanuel Church is believed to be the oldest Anglican church in the United States that still hosts continuous Sunday services. Photo by xzmattzx.