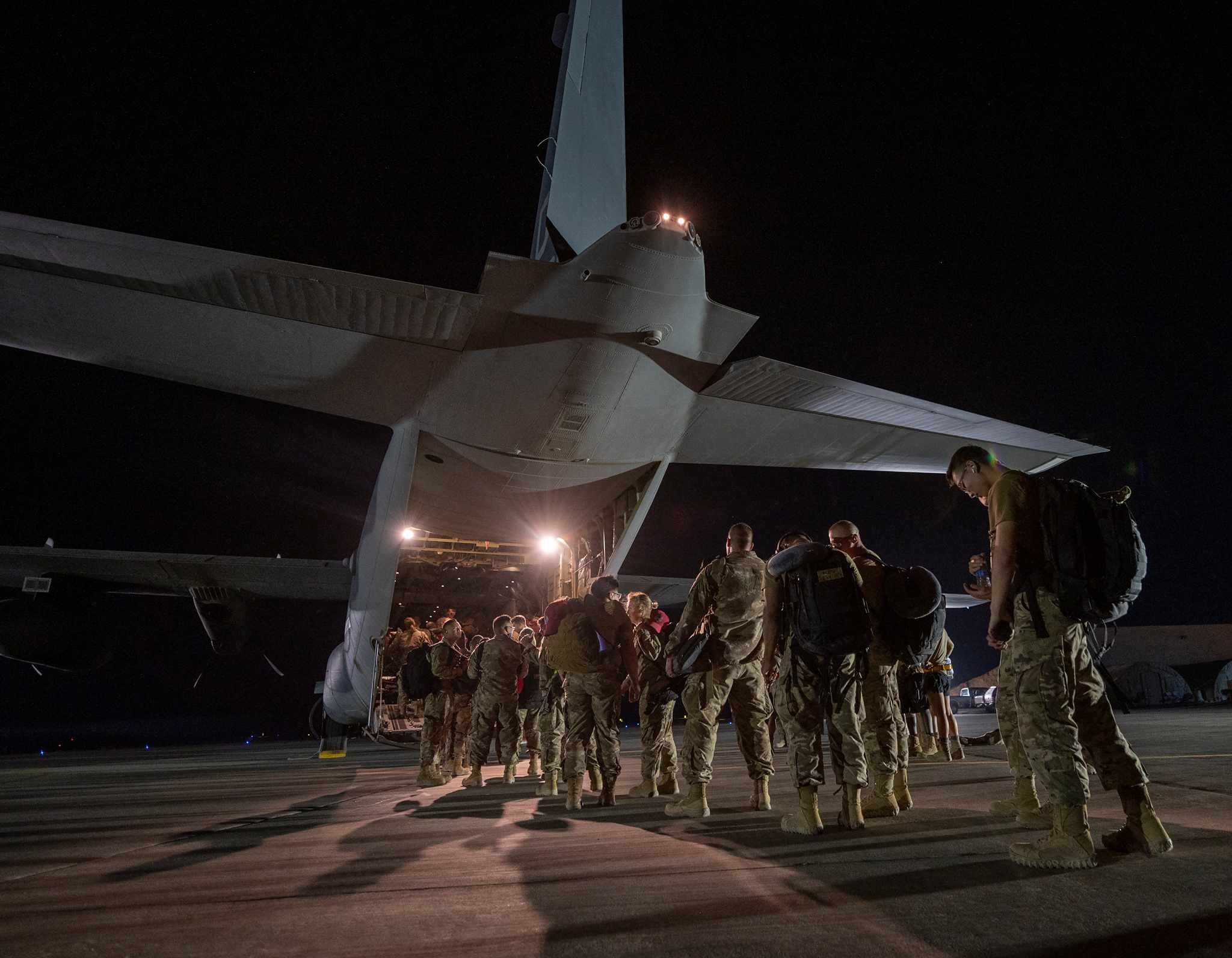 Associated Press: “Evacuation flights from Afghanistan resumed with new urgency on Friday, a day after two suicide bombings targeted the thousands of desperate people fleeing the Taliban takeover and killed more than 100. The U.S. says further attempted attacks are expected ahead of the Tuesday deadline for foreign troops to leave, ending America’s longest war.”

“As the call to prayer echoed through Kabul with the whine of departing planes, the anxious crowd outside the airport was as large as ever. In one location, dozens of Taliban members with heavy weapons about 500 meters from the airport were preventing anyone from venturing forward.”

New York Times: “America’s tumultuous exit from Afghanistan has dragged down Mr. Biden’s approval ratings, and the bombings on Thursday surely will open him up to political criticism. But it was unclear what the damage would be to his presidency in the long term, as he exits a war that most Americans want out of as well.”

“Before the attacks, the president’s aides said privately that they did not believe there would be long-term political damage to Mr. Biden, especially as the military successfully evacuated more than 100,000 people in less than two weeks. But the deaths of American service members — and scores of Afghans — could scramble those calculations.”

Washington Post: “Thursday’s carnage, which also killed dozens of Afghan civilians, further isolated Biden from global and domestic allies, many of whom have been critical of the speed of the withdrawal and of the president’s sticking to an Aug. 31 deadline that many of them regard as artificial.”

Ezra Klein: “In 2005, my colleagues at The American Prospect, Sam Rosenfeld and Matt Yglesias, wrote an essay I think about often. It was called ‘The Incompetence Dodge,’ and it argued that American policymakers and pundits routinely try to rescue the reputation of bad ideas by attributing their failure to poor execution.”

“At the time, they were writing about the liberal hawks who were blaming the catastrophe of the Iraq war on the Bush administration’s maladministration rather than rethinking the enterprise in its totality. But the same dynamic suffuses the recriminations over the Afghanistan withdrawal.”

“To state the obvious: There was no good way to lose Afghanistan to the Taliban. A better withdrawal was possible — and our stingy, chaotic visa process was unforgivable — but so was a worse one.”

“The Supreme Court on Thursday rejected the Biden administration’s latest moratorium on evictions, ending a political and legal dispute during a public health crisis in which the administration’s shifting positions had subjected it to criticism from adversaries and allies alike,” the New York Times reports.

“The court issued an eight-page majority opinion, an unusual move in a ruling on an application for emergency relief. The court’s three liberal justices dissented.”

“The decision puts hundreds of thousands of tenants at risk of losing shelter, while the administration struggles to speed the flow of billions of dollars in federal funding to people who are behind in rent because of the coronavirus pandemic and its associated economic hardship.”

The Capitol Police officer who killed Ashli Babbit during the Jan. 6 Capitol insurrection told NBC News that he shot her as a “last resort,” and ultimately “saved countless lives.”

Politico: “Seven veteran Capitol Police officers who defended Congress during the Jan. 6 attack are suing former President Donald Trump, pro-Trump militias, and other associates, claiming they conspired to violently overturn the results of the 2020 election.”

“Few GOP officials have been more intimately involved with U.S.-Afghan relations than Mike Pompeo, who as Secretary of State helped lead negotiations with the Taliban to lead to an end of the 20-year-old war,” Politico reports.

“With that ending now mired in chaos, Pompeo has rushed to the airwaves to defend his work and differentiate it from the job that the Biden team is doing. Republican strategists say it’s no coincidence. Pompeo, they posit, recognizes that his own electoral fate could be directly impacted by how the public perceives the current situation in Kabul.”

Florida on Thursday reported 21,765 more COVID-19 cases and 901 deaths to the Centers for Disease Control and Prevention, the Miami Herald reports.

Politico: “With Joe Biden’s nominee to lead the Bureau of Alcohol, Tobacco, Firearms and Explosives lacking any viable path to confirmation, gun violence survivors and activists are pushing the president to create a White House office of gun violence headed by a Cabinet-level aide.”

“In a letter sent to Biden Wednesday, four advocacy groups complained that his actions on guns ‘fall significantly short of the promises you yourself made while running for the presidency’ and have not been a priority as 28,000 Americans died from gun violence this year.”

Associated Press: “Inmates at a northwest Arkansas jail have been prescribed ivermectin to combat COVID-19, despite warnings from federal health officials that the antiparasitic drug should not be used to treat the coronavirus.”

“Federal regulators are likely to approve a Covid-19 booster shot for vaccinated adults starting at least six months after the previous dose rather than the eight-month gap they previously announced,” the Wall Street Journal reports.

“The person said approval for boosters for all three Covid-19 shots being administered in the U.S.—those manufactured by Pfizer Inc. and partner BioNTech SE, Moderna Inc. and Johnson & Johnson —is expected in mid-September.”

Associated Press: “The amount of missing information in the 2020 census was less than feared, though it varied by state, the question asked, the type of housing and the mode in which U.S. residents answered the census form.”

“While the rates of missing information was higher in the 2020 census than in 2010, it was lower than expected during a once-a-decade head count that was considered the most difficult in recent memory due to the pandemic, natural disasters, and attempted political interference by the Trump administration.”

The Intercept: “No Labels offered to raise $200,000 for two of the so-called Unbreakable Nine — the House Democratic faction blocking the party’s agenda this week — if they would cancel an appearance last Saturday at a Napa Valley fundraiser hosted by House Speaker Nancy Pelosi.”

“It is unclear what the House Ethics Committee will do to discipline Mooney, if anything. Sanctions could range from no punishment to a recommendation that the full House vote for expulsion, the latter of which is unlikely.”