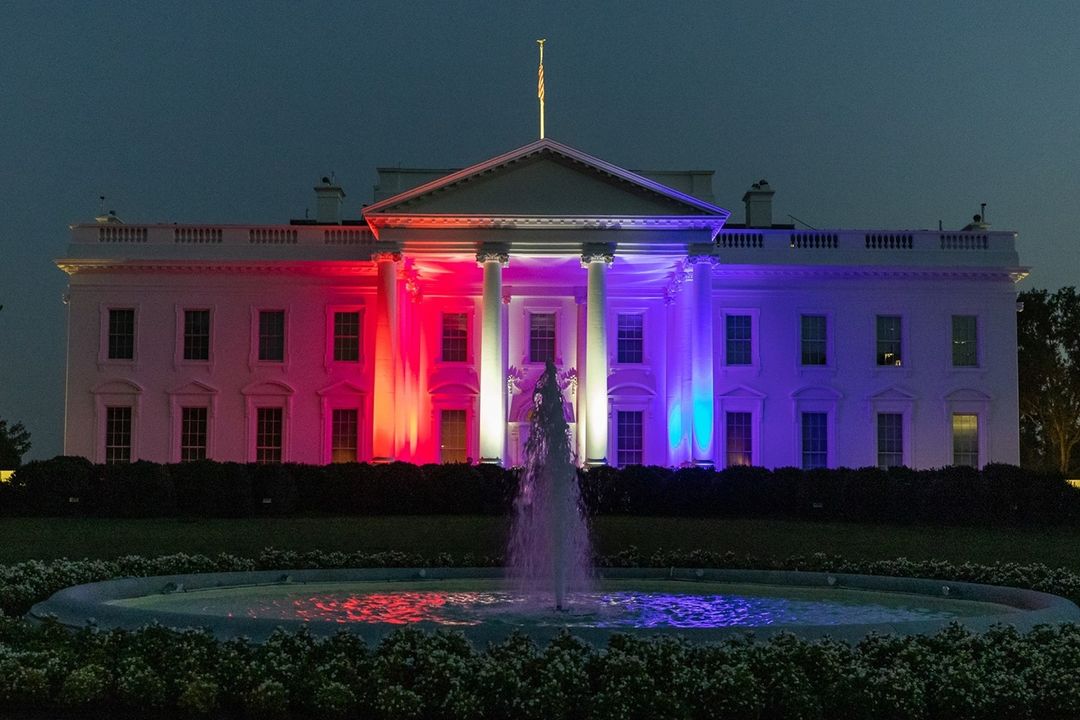 The headline was that Speaker Nany Pelosi agreed to give House moderates a vote on the bipartisan infrastructure bill by September 27. While the terms are technically non-binding, Pelosi gave her promise and that makes it nearly impossible to back away from it.

But the much bigger concession was that the House will ultimately vote on a budget reconciliation bill that passes the Senate, not one drafted by her own caucus.

Here’s what House moderates said in a statement: “The Speaker of the House publicly agreed to only bring a reconciliation package to the House that has the backing of 51 votes in the Senate and complies with the Senate Byrd Rule.”

And here’s Pelosi’s statement: “We must keep the 51-vote privilege by passing the budget and work with House and Senate Democrats to reach agreement in order for the House to vote on a Build Back Better Act that will pass the Senate.”

So while House progressives insisted that the reconciliation bill get a vote before the bipartisan infrastructure bill after the deal was announced, the reality is they will have to accept whatever the Senate decides.

And in a 50-50 Senate, that means Sen. Joe Manchin (D-WV) and Sen. Kyrsten Sinema (D-AZ) — who have already said the $3.5 trillion budget reconciliation bill is too big — now have even more leverage over the process than they did before.

But as Pelosi also knows well, it means that her most vulnerable members won’t be forced to vote on any measures that can’t pass a 50-50 Senate.

“It is not just the Freedom Caucus messaging against the bill. The Republican Study Committee distributed talking points against the infrastructure bill, calling it a ‘Trojan horse for the radical Pelosi/Biden agenda.’”

“Centrist Republican support for the infrastructure proposal complicates McCarthy’s position. He does not want to endanger members who will face tough elections to win competitive seats.”

Jonathan Bernstein: “Standard reports of Democratic disarray turned out to be off the mark. Only 10 moderate liberals made any trouble at this stage of the process. One reason why is that there just aren’t that many policy differences within the House Democratic caucus. Another reason is that pundits keep expecting the Bernie Sanders and Alexandria Ocasio-Cortez wing of the party to ruin things for everyone else, and it keeps not happening.”

“That’s mainly because the most liberal Democrats, who are in fact ideological outliers, appear to be generally pragmatic, not radical, in their approach to politics. That is, they’re willing to bargain for the best deal rather than insisting on getting their way no matter what the consequences… By contrast, House Freedom Caucus Republicans and many others in both chambers are radicals without necessarily being policy outliers, at least within their party.”

Another important reason is Nancy Pelosi. She’s very good at her job.

Wall Street Journal: “Tuesday’s agreement stacks up many legislative deadlines in late September. In addition to the budget package and a House infrastructure vote by Sept. 27, lawmakers will have to contend with the expiration of the government’s current funding by the end of September by passing new spending bills or an extension of current funding to avoid a partial government shutdown—either of which would require bipartisan support.”

“Congress also has to tackle how to raise the federal borrowing limit, or debt ceiling, before the government runs out of money to pay its bills some time over the coming months. The debt limit was reinstated on Aug. 1 after a previous deal to suspend it expired.”

Punchbowl News: “As we’ve pointed out repeatedly, the number of high-profile political and policy issues that hit in September is stunning.”

“The Supreme Court on Tuesday said the Biden administration must comply with a lower court’s ruling to reinstate President Donald Trump’s policy that required many asylum seekers to wait outside the United States for their cases to be decided,” the Washington Post reports.

“The visit by Reps. Seth Moulton (D-MA) and Peter Meijer (R-MI) — which was not approved as part of the normal process for congressional fact-finding trips — served as a distraction for military and civilian staffers attempting to carry out frenzied rescue effort.”

“It is not clear how the lawmakers, both of whom served in Iraq before being elected to Congress, first entered Afghanistan.”

Said Pelosi: “It’s not just about them going to Afghanistan, but in going to the region, because there’s a call on our resources diplomatically, politically, militarily in the region as well, so this is deadly serious.”

“Pelosi also said that this trip — which required the approval of committee chairs — was not approved by the Democratic side.”

“The demand is part of a sweeping formal records request that encompasses archived communications from the Trump White House as well as seven other Executive Branch agencies.”

Associated Press: “Arkansas on Tuesday ran out of intensive care unit beds for COVID-19 patients for the first time since the coronavirus pandemic began, Gov. Asa Hutchinson (R) announced, as a surge in cases continued overwhelming hospitals in the state.”

“More Texas hospitals are reporting a shortage of ICU beds than at any other time since the COVID-19 pandemic hit the state 18 months ago — just one sign among many that the health crisis is on track to reach its most dangerous phase yet,” the Texas Tribune reports.

Axios reports the National Rifle Association has canceled its annual meeting in Houston because of concerns about the rising rate of COVID-19 infections in Texas.

New York Times: “Older people still account for most Covid-19 deaths, and in many counties, especially in the South and Mountain West, seniors without full vaccination make up more than 10 percent of the total population.”

“By contrast, unvaccinated seniors in Britain, Spain and Canada are relatively rare. And they are rare there no matter where you live… That discrepancy may help explain why the Delta wave has led to such a higher rate of death in the United States than in Britain.”

“​​New York Gov. Kathy Hochul (D) promised more government transparency on her first day in office and by day’s end her administration had quietly delivered it by acknowledging nearly 12,000 more deaths in the state from COVID-19 than had been publicized by her predecessor, Andrew Cuomo (D),” the Albany Times Union reports.

“President Biden on Tuesday received a classified report from the intelligence community that was inconclusive about the origins of the novel coronavirus, including whether the pathogen jumped from an animal to a human as part of a natural process, or escaped from a lab in central China,” the Washington Post reports.

Bloomberg: “China threatened retaliation against those questioning whether the coronavirus leaked from its labs, a warning that comes days before the U.S. releases findings from an intelligence investigation into the pandemic’s origins.”

New York Times: “When a conspiracy theory started circulating in China suggesting that the coronavirus escaped from an American military lab, it had largely stayed on the fringe. Now, the ruling Communist Party has propelled the idea firmly into the mainstream.”

“This week, a Chinese foreign ministry spokesman repeatedly used an official podium to elevate unproven ideas that the coronavirus may have first leaked from a research facility in Fort Detrick, Md.”

“With the Afghan government and military no longer able to provide cover, President Biden risks the ugliest of exits from Kabul if he blows past his promise to leave Aug. 31,” Axios reports.

“The Taliban now controls the area around Kabul’s airport. As the U.S. removes its final 5,800 troops — and shrinks the security perimeter they’ve been providing — the surest way to ensure the last soldiers and diplomats get out safely is through the grace of a grisly enemy.”

“A Taliban spokesman on Tuesday repeated the group’s stance that it will not recognize any extension past Aug. 31. That cold reality explains why Biden is sticking to his timetable, despite pleas from allies like the United Kingdom, combat veterans and outside groups trying to evacuate Afghans.”

“The U.S. warned that Islamic State poses a threat to Americans in Afghanistan as the Biden administration seeks to evacuate thousands of U.S. citizens and Afghan allies,” the Wall Street Journal reports.

Politico: “The president and his team have taken it on the chin for the past week. Now, amid a massive evacuation effort, they want kudos too.”

Playbook: “It’s true that until about Tuesday, there was a noticeable gap in coverage between the pace of evacuations at the airport in Kabul and the hair-on-fire headlines — in fact, 10 days, no U.S. casualties and 70,000 people evacuated is an impressive logistical feat. On the other hand, as the reporting of the ‘Afghanistan papers’ revealed, Americans have been lied to about almost every aspect of the U.S. intervention for 20 years, so we can forgive the media for some skepticism about the official story here at the end.”

Politico: “Just a day before the Jan. 6 riot, the Secret Service warned the U.S. Capitol Police that their officers could face violence at the hands of supporters of former President Donald Trump.”

“The Secret Service’s emails shed light on intelligence lapses by the Capitol Police previously highlighted by both the department’s inspector general and a bipartisan report by Senate committees.”

Wall Street Journal: “Erik Prince, the American defense contractor, said he is offering people seats on a chartered plane out of Kabul for $6,500 per person.”

New York Times: “Something extraordinary happened last Saturday at the frigid high point of the Greenland ice sheet, two miles in the sky and more than 500 miles above the Arctic Circle: It rained for the first time.”

“The rain at a research station — not just a few drops or a drizzle but a stream for several hours, as temperatures rose slightly above freezing — is yet another troubling sign of a changing Arctic, which is warming faster than any other region on the planet.”

“The term appeared sporadically in his first eight years in power. Last year, he began to reference ‘common prosperity’ more often and has picked up the pace: The phrase has appeared 65 times in Xi’s speeches and meetings so far this year, up from 30 in all of 2020.”

Dallas Morning News: “Texas Attorney General Ken Paxton’s office released a report Tuesday claiming to clear him of allegations that he repeatedly misused his power to help a campaign donor.”

“The report is not signed and its author is unknown. It is unclear why Paxton’s agency did not seek outside lawyers to undertake the investigation in order to avoid the appearance of a conflict of interest.”

“State and local governments continued to struggle to disburse emergency rental assistance in July despite ramped-up efforts from the Biden administration to expedite payments,” Bloomberg reports.

“Just $1.7 billion was released last month, bringing the total so far to $5.1 billion of the $46.5 billion appropriated by Congress to prevent evictions amid the Covid-19 pandemic.”

“Just over half of Florida’s 2.8 million public school students now face mandates to wear masks in classrooms as a courtroom battle continues over efforts by Gov. Ron DeSantis to leave such decisions up to parents,” the Associated Press reports.