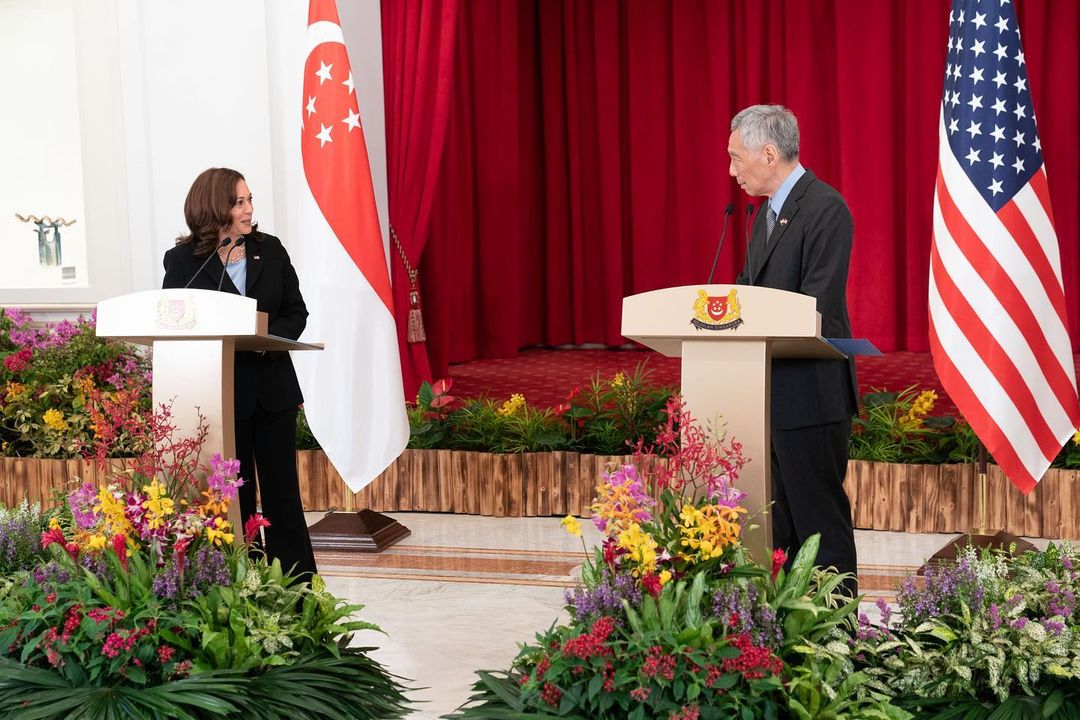 A new AP-NORC poll finds 59% of Americans support vaccination requirements for teachers and nearly as many — 55% — say the same for students age 12 and over, who are eligible to be vaccinated.

But other findings in the poll suggest this might not be a long term problem for Biden and Democrats. Survey respondents were asked to describe in a “few short words” the one issue that would most influence their vote in the 2022 midterm elections.

The economy remains the most important issue for voters, followed by immigration and the pandemic. That also explains why many Republicans and conservatives are already trying to turn Afghanistan into an immigration issue as Biden tries bring the Afghans who helped us in the war to the United States.

The mess in Afghanistan is unlikely to impact the 2022 midterm elections because voters just don’t rank it as an important issue in their lives. That’s not true of the coronavirus pandemic.

The latest NBC News poll shows pandemic — and it’s resulting impact on employment and the economy — make it by far the most important issue to voters.

Pollster Jeff Horwitt (D), the Democratic half of the polling team, told First Read: “It is the domestic storm, Covid’s Delta wave, that is causing more difficulties at this stage here at home and for President Biden.”

Pollster Bill McInturff (R), his Republican counterpart, agreed: “The best way to understand this poll is to forget Afghanistan.”

Right now, 37% of survey respondents think the worst is behind us when it comes to the pandemic, while 42% say the worst is yet to come.

The good news for Biden is that he has time before his party has to face voters.

“For weeks, legal scholars have debated whether the recall election of Gov. Gavin Newsom could be found unconstitutional if Newsom failed to realize a “no recall” majority of the ballots cast and was ousted by a candidate who received fewer votes than he did,” the Los Angeles Times reports.

“Although it’s impossible to predict how courts will rule, many experts say the current recall process has long survived legal challenges, and probably would again, even if a fringe candidate won on Sept. 14 and became governor with a minority of overall votes.”

If that happens, the state legislature could impeach the replacement candidate — likely conservative talk show host Larry Elder (R), according to polls — which would make Lt. Gov. Eleni Kounalakis (D) the new governor.

Politico: “Amid increasing scrutiny over his treatment of women and calls for his withdrawal from the race, California Republican gubernatorial candidate Larry Elder is shaking up his campaign team and hired a new campaign manager.”

Dan Pfieffer: “This is not a drill. Newsom could absolutely be recalled and California — one of the bluest states in the land — would be governed by a Republican. This is not fearmongering. All the polls show that the recall election is basically a coin flip.”

George Skelton: “Few politicians possess the natural gifts needed to inspire voters. And Gov. Gavin Newsom certainly is not one of them.”

“If the 53-year-old Democrat were blessed with the ability to attract throngs of devoted followers, he wouldn’t be sweating a Republican-led effort to oust him.”

New York Gov. Andrew Cuomo (D) “has no interest in running for office again,” his aide said Monday as the embattled Democratic leader prepared to step down from his job of 10 years amid a sexual harassment scandal, CNBC reports.

FiveThirtyEight: “Data and interviews with Gen-Z Republicans illustrate a cap on young Republicans’ more socially liberal views, particularly as it pertains to recent political fights over ‘cancel culture’ and how socially progressive or ‘woke’ Americans should be.”

“This could be related to research that suggests Republicans are more likely than Democrats to say that they self-censor their political views due to fear of judgment for what they believe.”

“Indeed, political science research suggests that young voters are shaped by what happens in their late adolescence and early adult years, so if there is a fear among younger Republicans that voicing their political views risks retribution, it could explain in part why recent GOP culture-war issues have played such a role in shaping these voters’ political consciousness.”

Michigan State Police Captain Mike Brown, who has command of the agency’s Southwest District, announced Friday that he would join the Republican primary to face Democratic incumbent Gretchen Whitmer. Brown previously served as a commissioner in Berrien County, which is located in the state’s southwestern most corner along the Indiana border.

When the Detroit Free Press asked why Republicans need a law enforcement alternative to former Detroit Police Chief James Craig, who is a far more high-profile contender, Brown responded, “Chief Craig is not in the race, let’s be honest.”

“The company that conducted Arizona’s sham review of the 2.1 million ballots cast in Maricopa County during the 2020 presidential election is set Monday to deliver a report detailing their findings to the Republican state senators who ordered it up,” CNN reports.

In case you missed it, Donald Trump gave a shout out to Rep. Marjorie Taylor Greene (R-GA) at his Alabama rally, calling her “one of my favorite people,” “so smart,” and an “incredible woman.”

New York magazine has a way-too early look at the 2024 Republican presidential race: “There’s something unusual about the invisible primary this time: the lurking presence of Trump. Potential candidates have to navigate not just the potential for him to run again for the Republican nomination in 2024, but the risk of doing anything to raise the ire of the South Florida retiree…

In conversations with over a dozen Republican activists and operatives, both in early states and nationally, everyone thought that there was a chance that the former president could run again and everyone had their own odds. Some thought it was unlikely, some thought it was likely but the one thing everyone agreed upon is that Trump’s final decision was impossible to predict and to plan for.”

In fact, outside of Florida Gov. Ron DeSantis (R), it’s impossible to even identify the next tier of candidates. Mike Pence, Mike Pompeo, Nikki Haley, Tom Cotton, Kristi Noem and Ted Cruz all make appearances in the article, but outside of Cruz — who has at least run for president before — it’s hard to take any of them seriously at this point.

NEW YORK GOVERNOR — Former state Sen. Terry Gipson used a letter to Albany Times Union to tout Westchester County Executive George Latimer, who is up for re-election this fall, as a potential 2022 Democratic candidate for governor, and Latimer’s team didn’t rule out the idea when asked. “George is flattered that others have reached out to him given Westchester’s successes on so many fronts but for now any future considerations are premature,” said the county executive’s campaign. “Right now, George is focused on continuing to lead Westchester through this pandemic, and this year’s re-election contest.”

MAINE 2ND CD — State Sen. Trey Stewart announced Thursday that he was dropping out of the Republican primary and endorsing former Rep. Bruce Poliquin. The next day, however, state Rep. Mike Perkins made it clear he’d be competing​ with the ex-congressman​​ for the right to take on Democratic incumbent Jared Golden, who dealt Poliquin a 2018 defeat that he still refuses to recognize.

Perkins​ said back in April that he was forming an exploratory committee, and he filed with the FEC the next month​. That was the last we’d heard from him until Friday, when he declared​, “I will beat Bruce Poliquin. Mark my words​.” It remains to be seen, though, if Perkins​ can put up a serious fight, as he raised a mere $8,000​ through the end of June.

CALIFORNIA 21ST CD — The San Joaquin Valley Sun, a site run by GOP campaign operative Alex Tavlian, reports that Democratic Assemblyman Rudy Salas is “set to join” next year’s race against Republican Rep. David Valadao, according to unnamed sources. While Salas himself hasn’t commented, one prominent local Democrat, Kern County Supervisor Leticia Perez, appears to think he will in fact run for Congress since she just announced a bid for his seat in the Assembly. (Salas is not term-limited in his current post.)

Democrats have long sought to recruit Salas to run against Valadao in California’s 21st District, a majority-Latino area in the Central Valley that’s dominated by agriculture. Salas, who’s cultivated a reputation as a moderate in the legislature, already represents much of the 21st, though the lines will of course change during the upcoming redistricting process.

“Republican efforts to saddle the Democrats with fallout from the fall of Kabul won’t necessarily fly with voters — or instill fears in midterm candidates,” Axios reports.

“In conversations the congresswoman had with her Richmond-area constituents, Afghanistan didn’t come up.”