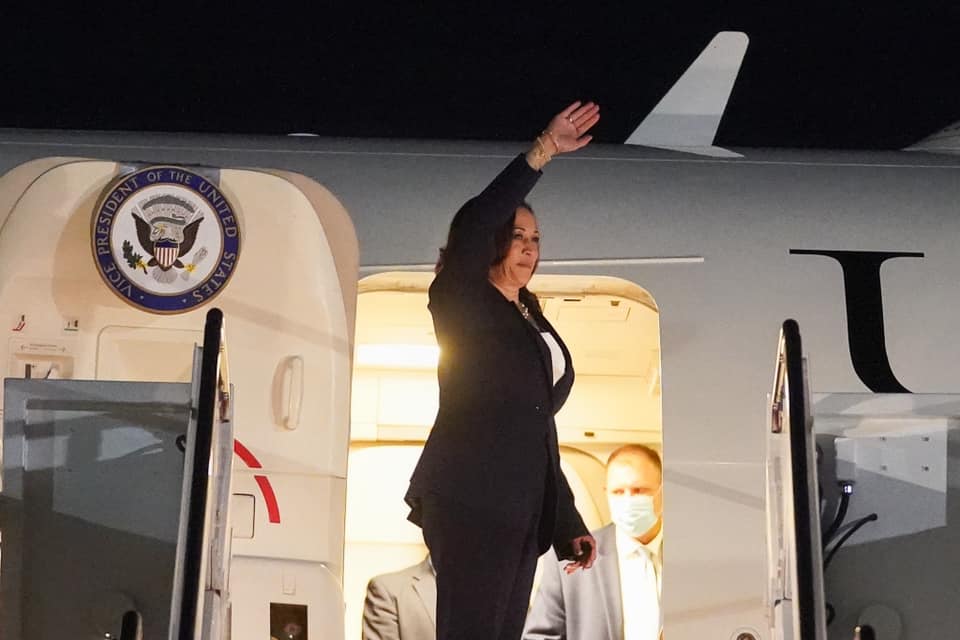 Gallup: “Gallup’s latest job approval rating for President Joe Biden, conducted mostly before the fall of Afghanistan to the Taliban earlier this week, is 49%.”

“With Biden’s last two job approval ratings around 50%, the honeymoon phase of his presidency is over. His approval shows its first sustained decline and now sits below the historical average 53% job approval rating. The Afghanistan crisis may serve to further erode his public support.”

A new CBS News/YouGov poll finds Biden’s approval rate has fallen to 50%, down from 58% last month.

A new CBS News/YouGov poll found that 63% of Americans support removing U.S. troops from Afghanistan but just 47% approve of President Biden’s handling of it.

Pew Research: “Republicans are critical of how several major institutions, from large corporations and technology companies to universities and K-12 public schools, are affecting the United States. And in many cases, Republicans’ assessments have taken a sharp negative turn in the past few years.”

“Democrats, by contrast, are more positive than Republicans about the impact of a number of institutions and industries.”

Associated Press: “The sudden end of Texas Democrats’ 38-day walkout has put Republicans back on a fast track to pass a sweeping voting bill and is causing rifts among some Democrats who said Friday they felt ‘betrayed’ by colleagues who returned to the state Capitol.”

“Far from Washington, and even farther from their home congressional districts, Representatives Matt Gaetz of Florida and Marjorie Taylor Greene of Georgia found their people,” the New York Times reports.

“As the two Republican lawmakers spoke at an ‘America First’ rally in Des Moines, held in an auditorium that often hosts people with presidential aspirations, up was down and misinformation was gospel. Ms. Greene denounced Covid-19 vaccines to applause. Both declared former President Donald J. Trump the rightful winner of the 2020 election.”

Politico on VP Harris campaigning for California Governor Gavin Newsom: “A visit by Harris could also help rally California Democrats to fill out their ballots, particularly the critical Democratic voting bloc of women of color. While Harris’ poll numbers have slipped in recent months, she retains deep support in the Bay Area, where she launched her political career as a prosecutor.”

Associated Press: “He sold voters on his experience and this is the first time he is offering decisions, not mere opinions in a Senate hearing — and he will be judged by the outcome, which is far from clear at this point. Americans are seeing a different side of Biden during this crisis, a sterner, sometimes testy man known much better for his empathy.”

Harry Enten: “When you look at the first 17 special elections this year (through early April), the Republican overperformance over Trump was just a point. Examining the last 17 special elections, the overperformance has been 7 points. When you splice the data even further, Republicans have been outperforming the 2020 baseline by double-digits since the beginning of July.”

The top Republican in Pennsylvania’s state Senate said that he is putting a different senator in charge of an “election integrity” undertaking and removing a senator who had aimed to carry out an Arizona-style “forensic investigation” of Pennsylvania’s 2020 presidential election, the Associated Press reports.

MISSOURI 4TH CD –– Cattle farmer Kalena Bruce announced Wednesday that she was joining the Republican primary for this safely red open seat in west-central Missouri. Bruce, who owns a large local farm, went up with an announcement video that featured a 2019 clip of Donald Trump declaring, “Kalena, I want to thank you and all of those incredible people that you represent and just keep up the great work.”

Bruce, though, has not always been an unquestioning Trump supporter. In 2018, she wrote a Washington Post op-ed titled, “Farmers like me put Trump in office. Now his trade war is smothering us.” Bruce said that she very much remained a Trump backer who agreed that China “needs to be punished for stealing patented U.S. technology,” but she argued that Trump’s plan “is the economic equivalent of treating a hangnail by cutting off your finger.”

WISCONSIN U.S. SENATOR — Former nonprofit head Steven Olikara announced Tuesday that he was joining the crowded Democratic primary to face Republican Sen. Ron Johnson, who has not yet announced if he’ll seek re-election next year. Olikara stepped down back in April as the head of the Millennial Action Project, which the Milwaukee Journal-Sentinel described as a group that “encourages bipartisan political cooperation among young leaders.”

NEW YORK 12TH CD — Soon-to-be-Gov. Kathy Hochul has thrown her support behind longtime Rep. Carolyn Maloney, who once again faces Democratic primary opposition in her safely blue seat based in the East Side of Manhattan and nearby parts of Queens and Brooklyn.

The two served together after Hochul won her own term in Congress after her upset 2011 special election win in a conservative upstate seat. The Commercial Observer recently wrote that the victorious Hochul stayed at Maloney’s D.C. townhouse until she could find her own capitol area residence, and the two became close during this time.

Maloney’s main intra-party opponent so far is nonprofit founder Rana Abdelhamid, and she could be in for another expensive race. The incumbent outraised Abdelhamid $505,000 to $410,000 during the second quarter of 2021, though Maloney ended June with a larger $660,000 to $255,000 cash-on-hand lead.

NEW YORK GOVERNOR — On Wednesday, New York City Public Advocate Jumaane Williams became the first notable Democrat to publicly express interest in waging a primary campaign against Kathy Hochul, who will ascend to the governorship when Andrew Cuomo’s resignation takes effect at midnight ET Tuesday. Williams said, “I’m considering the governor position, but there is a whole lot to consider, and what I’ve said is that it’s probably best to consider it after the transition has occurred.”

Williams also ruled out a second run for lieutenant governor, the post that Hochul beat him for in 2018 by a 53-47 margin. Williams, who was a city councilman at the time, used that surprisingly close finish as a springboard to win his current post in a very crowded 2019 special.

Veteran GOP operative Roger Stone told Infowars that he intends to file a $25 million lawsuit against ABC News over stories written about his actions on Jan. 6 near the Capitol building.