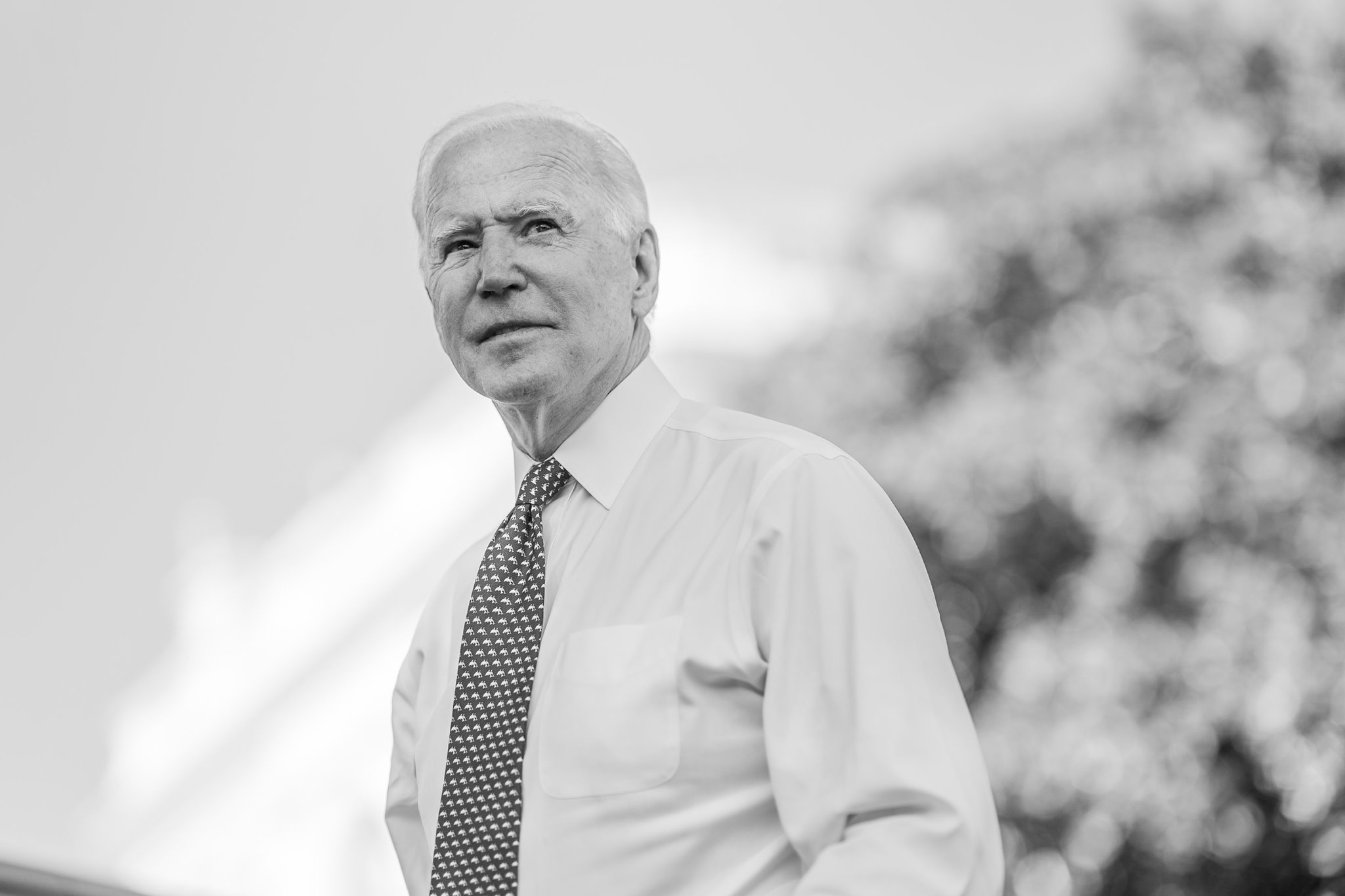 President Biden seemed to suggest to ABC News there may not have been a way to withdraw from Afghanistan “without chaos ensuing.”

Said Biden: “No, I don’t think it could have been handled in a way that, we’re gonna go back in hindsight and look — but the idea that somehow, there’s a way to have gotten out without chaos ensuing, I don’t know how that happens.”

“President Joe Biden is standing firmly by his decision to withdraw U.S. forces from Afghanistan, despite chaotic scenes of the Taliban rapidly seizing control and the U.S. rushing to airlift diplomats out of the country,” NBC News reports.

“Behind his confidence is a political bet that a war-weary U.S. public will stick with him and enable him to weather a firestorm of criticism, not just from his Republican opposition but also from Democratic allies who promise to investigate failures surrounding the withdrawal.”

President Biden said that U.S. troops could remain in Afghanistan beyond Aug. 31 to continue evacuating any American civilians who remain and wish to leave, the Washington Post reports.  Said Biden: “If there’s American citizens left, we’re going to stay until we get them all out.”

Politico: “Their overt adjustments include dispatching national security adviser Jake Sullivan to the press briefing Tuesday to offer more transparent answers — delivered in a more conciliatory tone than the president took in his remarks on Monday. And the White House shared a new image of the president surrounded by his national security team, countering its much-maligned weekend photo of Biden appearing isolated at Camp David amid the erupting chaos in Kabul.”

“It was all part of the response to the sweep of Democrats who separated from Biden since Afghanistan fell to the Taliban over the weekend, openly criticizing him for his management of the tense wind-down of America’s 20-year troop presence in the country. Now, the administration is facing probes from three congressional committees helmed by senior Democrats and aggressive efforts by Republicans to exploit the morass overseas.”

Playbook: “Republicans universally agree that President Joe Biden’s bungled handling of the Afghanistan pullout has given them fresh ammunition to attack the commander in chief. Many Democrats think the same. But a major rift is starting to emerge in GOP messaging, as the Donald Trump wing of the party seeks to turn the matter into a base appeal with anti-immigration rhetoric.”

“Over the past week, most GOP lawmakers have lambasted Biden for abandoning interpreters and Afghan civilians who put their lives at risk to help U.S. troops — and are now trapped as armed militias block their escape.”

“But a not-insignificant chunk of the party is using the Afghanistan disaster as fodder for their campaign against immigration. The unsubstantiated charge: that Biden intentionally fumbled the withdrawal in order to flood the U.S. with Afghans.”

“Taliban militants are intensifying a search for people they believe worked with U.S. and NATO forces, including among the crowds of Afghans at Kabul’s airport, and have threatened to kill or arrest their family members if they cannot find them, according to a confidential United Nations document,” the New York Times reports.

“The document, from a U.N. threat-assessment adviser, directly contradicted the militant group’s public assurances that it would not seek revenge on members and supporters of the toppled government.”

“There were multiple reports that the Taliban had a list of people they wanted to question and punish — and their locations.”

“Protesters took to the streets to rally against Taliban rule for the second day on Thursday, this time marching in Kabul, including near the presidential palace,” the New York Times reports.  “At one demonstration in the city, about 200 people had gathered before the Taliban broke it up violently.”

“Afghanistan is likely to be run by the Taliban under a comparable system to the last time the Islamist militant group was in power, with a senior commander ruling out a democracy and saying that Islamic scholars will decide on the rights of women,” the Washington Post reports.

“President Biden ordered Education Secretary Miguel Cardona on Wednesday to take action against governors who have banned universal masking in public schools, taking a tough stand against those who he said are trying to ‘block and intimidate’ local schools officials,” the Washington Post reports.

“The districts are the nation’s fourth- and seventh-largest — representing more than 600,000 students. They join Broward, Leon, and Alachua Counties in openly defying Florida Gov. Ron DeSantis and the Florida Department of Education.”

Punchbowl News: “This is quite interesting: Senate Budget Committee Chair Bernie Sanders (I-VT) is traveling to Republican-held areas in Iowa and Indiana to hold town hall meetings in support of the Democrats’ $3.5 trillion reconciliation plan, according to a source familiar with the situation.
Sanders will be in Indiana on Aug. 27, and Iowa on Aug. 29.”

“Sanders is targeting districts where the Trump vote grew in 2020, arguing that the massive package Democrats are putting together will have huge benefits for middle-class Americans in those states, especially working families.”

“The conversations are bolstering House centrists’ resolve. Since publicly demanding last Friday that Pelosi first bring the infrastructure bill to the floor before considering a larger package through a $3.5 trillion budget plan, the nine lawmakers have been subject to a combination of private scorn and public pressure.”

Politico: “More than one million Americans received a dose of Covid-19 vaccine on Thursday, a benchmark the nation has not met in nearly seven weeks amid a resurgence of the coronavirus pandemic.”

An Alabama doctor told his patients he will no longer see them if they are not vaccinated against Covid-19, AL.com reports. Said Dr. Jason Valentine: “If they asked why, I told them COVID is a miserable way to die and I can’t watch them die like that.”

“There wasn’t a single I.C.U. bed available in Alabama on Wednesday, a possible sign of what other states may confront soon amid a deadly surge of new infections in parts of the United States with low vaccination rates,” the New York Times reports.

More than 20,000 students in Mississippi were quarantined due to coronavirus exposures over the past week, the Mississippi Free Press reports.

Kansas City Star: “A Missouri state lawmaker who is running for Congress has announced that her husband has died after the couple was diagnosed with COVID-19.”

“Republican State Rep. Sara Walsh, of Ashland, thanked everyone who had prayed for her husband, Steve Walsh, in announcing Thursday in a tweet that he had died. He was 63.”

“Neither she nor her husband had been vaccinated against COVID-19. KRCG-TV reported that she also said she was not concerned about being vaccinated because she had been healthy since the pandemic began.”

He has since surrendered to the police, and his online activity and social media profiles reveal him to be a Trump Terrorist. Because of course.

“Miller said the president’s public promise to finish withdrawing U.S. forces by May 1, as negotiated with the Taliban, was actually a ‘play’ that masked the Trump administration’s true intentions: to convince Afghan President Ashraf Ghani to quit or accept a bitter power-sharing agreement with the Taliban, and to keep some U.S. troops in Afghanistan for counterrorism missions.”

Said Miller: “We weren’t just going to head for the door… We were going to jam Ghani hard and make him cut a deal with the Taliban. It would have been ugly. It wouldn’t have been great. But there was no plan to just leave.”

Associated Press: “U.S. Census Bureau computer servers were exploited last year during a cybersecurity attack, but it didn’t involve the 2020 census, and hackers’ attempts to keep access to the system were unsuccessful.”

“Nearly 61% of U.S households paid no federal income taxes during pandemic-stricken year of 2020, because of declines in income and boosts to government subsidies that wiped away tax liabilities,” Bloomberg reports.

“The 60.6% proportion for last year compares with 43.3% over the five years before the pandemic struck.”

“Seven months after he was pardoned by President Donald Trump, a former editor of The New York Observer was charged by the Manhattan district attorney’s office on Wednesday, accused of spying on his former wife by unlawfully accessing her computer,” the New York Times reports.

“The former editor, Ken Kurson, a close friend of Mr. Trump’s son-in-law, Jared Kushner, was charged with eavesdropping and computer trespass, both felonies.”

Colorado Gov. Jared Polis (D) rescinded a 19th century proclamation that called for citizens to kill Native Americans and take their property, in a move to atone for what he called “sins of the past,” the Los Angeles Times reports.

Axios: “Jeff Bezos’ Blue Origin has filed a complaint in federal court against NASA over the agency’s decision to award SpaceX a contract to build a spacecraft that will carry astronauts to the Moon’s surface as part of the Artemis program.”

“Videos of local government meetings have emerged as the latest vector of COVID-19 misinformation, broadcasting misleading claims about masks and vaccines to millions and creating new challenges for internet platforms trying to balance the potential harm against the need for government openness,” the AP reports.

Jeffrey Toobin writes that Attorney General Merrick Garland should not seek criminal prosecution of former President Donald Trump.  “It’s one thing to describe the former president’s behavior as disgraceful and wrong — and I’d share that view — but quite another to argue that Trump should be criminally prosecuted. Based on the available evidence, there is no basis to prosecute Trump and little reason even to open a criminal investigation.”