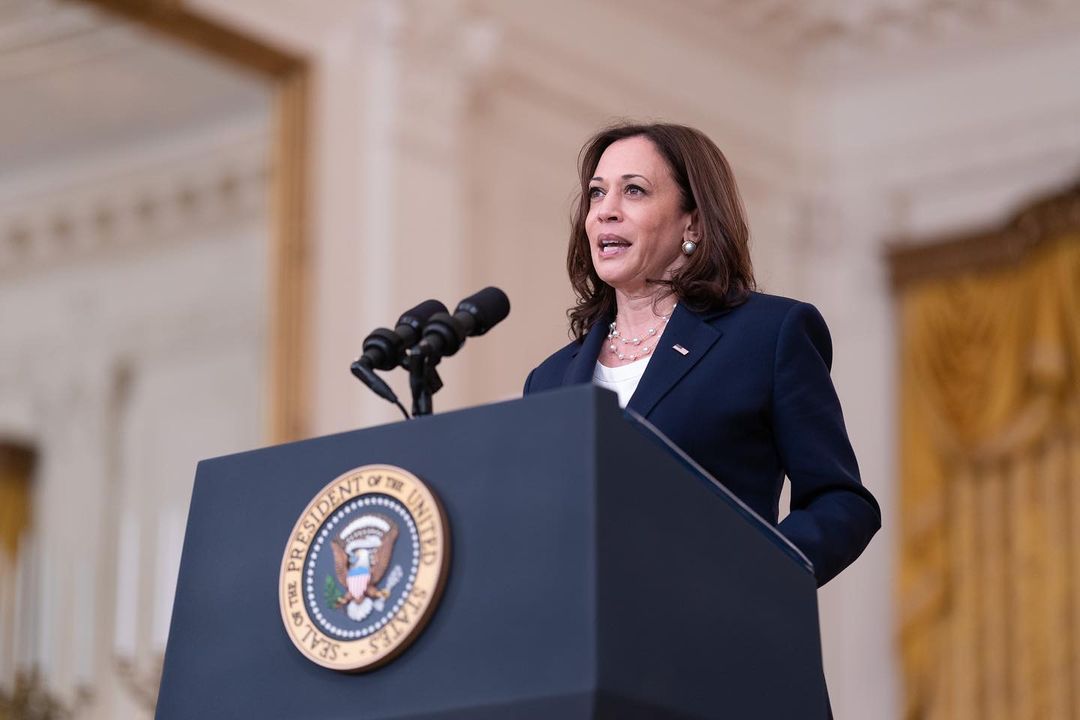 Jonathan Bernstein: “Guess what? President Joe Biden’s approval rating isn’t set in stone after all. After months of almost eerie stasis, Biden has lost a little ground in public opinion polls over the last month. He’s now at 50% approval and 43.8% disapproval, according to the FiveThirtyEight estimate based on some fancy averaging of all the reputable polls out there.”

“That’s just a small movement from the low-50s range he’s been in since he took office in January. His overall approval range is barely more than five percentage points. By contrast, Donald Trump’s range at this point in his presidency was over 10 percentage points; Barack Obama’s was around 15. So Biden’s remains unusually stable.”

“And his popularity continues to be nothing special historically, at least compared with relatively recent presidents. Through 206 days in office, he continues to have better approval numbers than Trump, Bill Clinton and Gerald Ford, while trailing everyone else, but he’s now close to both Obama and George W. Bush.”

Los Angeles Times: “With voters beginning to receive ballots and election day less than a month away, California’s historic recall campaign kicked into high gear with Gov. Gavin Newsom rallying the crucial labor and Latino vote and his Republican challengers stepping up their attacks.”

“The ground campaign is expected to be crucial in the coming weeks, with Democrats acknowledging they need a big turnout in the special election to blunt motivated Republicans.”

Conservative radio host Larry Elder, the leading Republican in next month’s recall election, goes against media CW and speaks as fast as possible in his latest TV ad, attacking Democratic Gov. Gavin Newsom for his “incompetence.”

COLORADO GOVERNOR — In mid-June, Colorado Politics reported that University of Colorado Regent Heidi Ganahl was likely to run for governor and “could announce as soon as next month,” though no such announcement has taken place in the ensuing two months. The Denver Post’s Alex Burness notes, however, that Ganahl published an op-ed the other day in The Gazette lambasting Democratic Gov. Jared Polis, suggesting a bid might still be in the works—though of course, it’s a lot easier to write an essay than to launch a campaign for governor.

PENNSYLVANIA GOVERNOR / U.S. SENATOR — Philadelphia Mayor Jim Kenney, who previously hadn’t ruled out bids for either governor or Senate, said on Thursday that he won’t seek either post next year. Kenney, a Democrat, was emphatic about the governor’s race, saying he’s “certainly not” running, though he joked about the Senate contest, saying that “if Chuck Schumer calls me and wants me to take a train ride down, I’d think about it.”

WISCONSIN 3RD CD — Donald Trump has endorsed Navy veteran Derrick Van Orden in his second bid for Wisconsin’s 3rd Congressional District. The seat recently became open when veteran Democratic Rep. Ron Kind announced his retirement, but Van Orden likely has the inside track to the nomination thanks to his strong performance against Kind last year, especially now that he has Trump’s backing.

“As of midnight, no action appeared to have been taken against Carnahan directly, but the committee approved two actions she opposed: conducting a financial audit and ending a practice of non-disclosure agreements that was alleged to have muzzled her critics.”

“In her tenure, Carnahan has overseen a parade of executive directors come and go. The sixth and most recent was Andy Aplikowski, who left the post earlier this month.”

ARIZONA DEMS — Arizona Republic: “Arizona’s extraordinary growth in the past decade was driven by residents of color, a diverse array of voters who helped Joe Biden win the state in 2020 and could shift the state’s political landscape further to the left.”

“Yet the traditional thought that racial diversity equals easy votes for Democrats may not hold up in Arizona.”

Said pollster Paul Bentz: “The challenge is all those demographics – younger voters, Latino voters – most of those under-participate or underperform in our elections, particularly midterms.”

NEVADA LT. GOVERNOR — Nevada Lt. Gov. Kate Marshall (D) is planning on resigning from her post to accept a position with the Biden White House, the Nevada Independent reports.

NEVADA U.S. SENATOR — Former state Attorney General Adam Laxalt filed paperwork with the FEC on Sunday and will reportedly kick off his long-awaited challenge to Democratic Sen. Catherine Cortez Masto “this month,” according to the Washington Examiner’s David Drucker. Awkwardly, Arkansas Sen. Tom Cotton all but announced Laxalt’s campaign at a conservative political event in Nevada on Saturday, though Laxalt declined to confirm his intentions.

With Republicans standing by for Laxalt’s decision all year, no other prominent GOP candidates have entered the race against Cortez Masto, who raised $2.8 million in the second quarter of the year and had $6.6 million in the bank.

IOWA U.S. SENATOR — Politico’s Burgess Everett takes a look at the five sitting senators who’ve yet to announce firm re-election plans and reports back a new decision timeline for Iowa Republican Chuck Grassley: “mid-October.” Grassley, however, has adjusted his schedule many, many times, most recently promising an announcement between Labor Day and Nov. 1.

The others we’re waiting on, incidentally, are Lisa Murkowski (Alaska), John Thune (South Dakota), Pat Leahy (Vermont), and Ron Johnson (Wisconsin). Leahy, the only Democrat on the list, is also the only other senator to offer any sort of timetable, saying last September that he’d make up his mind by the end of this year.

ILLINOIS 18TH CD / GOVERNOR / SUPREME COURT — Republican Rep. Darin LaHood, who’d reportedly been a potential candidate either for governor or the Illinois Supreme Court, said this week that he’s “committed to running for re-election” and will do so “whatever our district turns out to be.” While a statewide bid in a state as blue as Illinois might not have looked particularly appealing, Illinois’ highest court, quite unusually, elects its members via districts, and a rare opening in the conservative 3rd District presented LaHood and the GOP with an opportunity to undo the court’s narrow 4-3 Democratic majority.

However, those districts had not been redrawn in over half a century, leading to extreme malapportionment that benefited the rural Downstate region at the expense of the Chicago area. In light of this problem—and its obvious political ramifications—Democrats in the legislature passed a new map this spring that rebalanced the districts and made the 3rd considerably bluer. (The old version voted for Donald Trump 51-47; the new one backed Joe Biden 53-45.)

Republicans may still try to target the Supreme Court, but the new map makes their task tougher, as does the decision of a high-profile candidate like LaHood to stay away. LaHood could yet face another redistricting-related obstacle depending on how Democrats reshape the state’s congressional map, though it appears that fellow Republican Rep. Rodney Davis’ 13th District would be an easier target than LaHood’s much redder 17th.