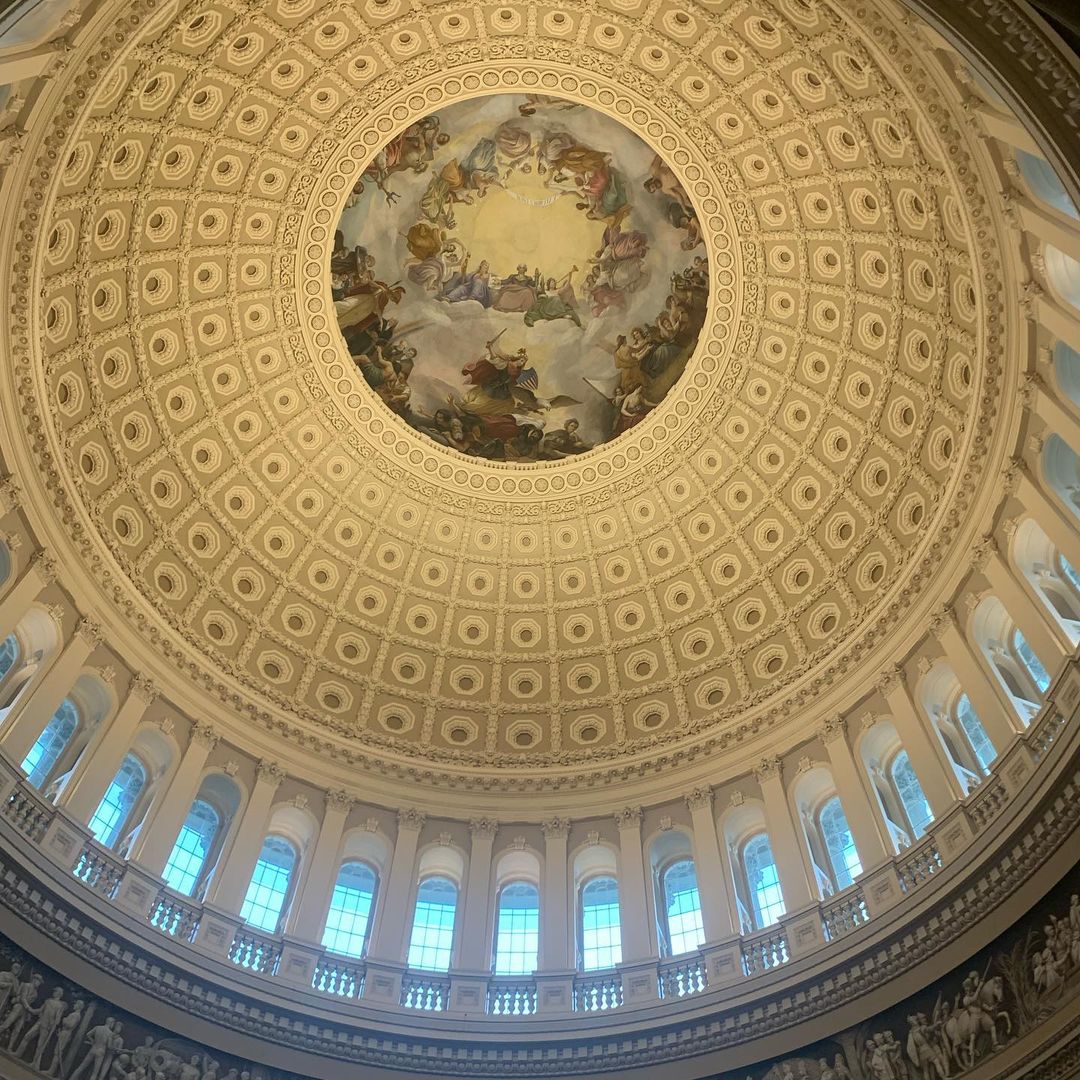 CALIFORNIA GOVERNOR — California Republicans aren’t endorsing anyone in next month’s gubernatorial recall election … and neither are California Democrats. Well, sort of, for the latter: Gov. Gavin Newsom on Monday encouraged supporters to leave the second question on the recall ballot blank rather than choose a replacement candidate, saying his team is “just focusing on ‘no’ ” on the first question, which asks voters whether they want to recall Newsom from office.

That’s in keeping with Newsom’s strategy all along, which was to discourage any high-profile Democrats from entering the race and unite the party behind him and him alone. Whether that’ll work, though, is the number one question facing Democrats, especially since at least one pollster has suggested that the variety of options open to Republican voters on question two has generated enthusiasm on the GOP side that Team Blue lacks.

But that wide-open field has created its own problem for Republicans, who voted not to back any candidate at a state party gathering over the weekend. With several welterweights running, that could lead to a split vote among the various GOP choices and possibly allow a little-known Democrat like Kevin Paffrath to prevail on the second question—an outcome that a recent independent poll suggested could indeed come to pass.

That survey—which was the first to show the recall succeeding, by a 51-40 margin—also found Paffrath with a 27-23 edge on conservative radio host Larry Elder, though Paffrath was the only Democrat named along with six Republicans. Elder has emerged as the top Republican fundraiser in the race after he reported raising $4.5 million since kicking off his campaign last month, though Newsom has amassed 10 times as much, bringing in $46 million through the end of July, and has been spending heavily on ads.

MICHIGAN GOVERNOR — Former U.S. Education Secretary Betsy DeVos said she will not run for Michigan governor in 2022, putting an end to speculation about the onetime Trump administration Cabinet member, the Detroit News reports.

ARKANSAS 1ST CD — State Rep. Brandt Smith kicked off a Republican primary bid against Rep. Rick Crawford, who’s represented eastern Arkansas’ 1st Congressional District since 2011. Smith claimed Crawford’s lack of accessibility and responsiveness to his constituents, rather than any specific policy disagreements, as his reasons for taking on the incumbent, a lower-profile Trumpnik who voted to overturn the results of last year’s election.

COLORADO U.S. SENATOR — Air Force veteran Eli Bremer, who finished 22nd overall in the pentathlon at the 2008 Olympics, became the first notable Republican to kick off a bid against Democratic Sen. Michael Bennett on Tuesday. He also formerly served as chairman of the El Paso County Republican Party. Bremer previously discussed mounting a campaign with the NRSC, and his announcement comes just after serving as a commentator for the Olympics, which wrapped up last Sunday.

ILLINOIS 17TH CD — State Rep. Mike Halpin recently told Jim Niedelman of WHBF that he is still considering a bid for the open 17th Congressional District in western Illinois, though he did not rule out running for an open state Senate seat in the area instead.

In the interview, Niedelman mentioned that several Democrats were awaiting a decision from Halpin before revealing their plans, and indeed, no notable Democrats have jumped into the race to succeed retiring Rep. Cheri Bustos. 2020 GOP nominee Esther Joy King, who lost to Bustos 52-48, is so far the only notable Republican candidate to enter the contest.

NORTH CAROLINA 8TH CD — Cumberland County Commissioner Charles Evans has filed paperwork with the FEC for a potential campaign against Republican Rep. Richard Hudson. Congressional redistricting later this year could scramble the map in the Tar Heel state, but Evans, a Democrat, says he’ll likely press forward with a bid unless “there is absolutely no way for me to win.”

SOUTH CAROLINA 6TH CD — Former state Rep. and CNN contributor Bakari Sellers told Jewish Insider that he was interested in possibly succeeding Rep. Jim Clyburn when he leaves Congress but ruled out challenging the veteran congressman in a primary. Sellers hadn’t been mentioned as a possible candidate and he was clear that a primary to Clyburn wasn’t something he’d been considering.

WISCONSIN 3RD CD — Veteran 3rd District Rep. Ron Kind announced Tuesday that he will not seek re-election to his western Wisconsin House seat next year. While Kind is retiring from the lower chamber, he had been considering a bid for Senate, and, according to Politico, some Democrats still think he could run for statewide office next year.

Regardless of his future plans, Kind is giving up a House seat that has become tough turf for Democrats over the years, shifting from a 55-44 win for Barack Obama in 2012 to a 49-45 win for Donald Trump in 2016.

Kind’s long political career began when he replaced eight-term Republican Rep. Steve Gunderson in 1996 after winning a five-way Democratic primary with 46% and defeating Republican James Harsdorf in the general election 52-48. He would not experience that tight of a race again until the strong GOP year of 2010, when he survived a difficult 50-47 contest over Republican Dan Kapanke. Kind faced the closest call of his career last year, though, edging out Derrick Van Orden 51-49 while Trump was once again carrying the district 52-47.

Van Orden had already launched a rematch earlier this year, presaging another competitive race. Kind’s departure will now almost certainly give Republicans, who need just five seats to win a majority, an even better shot at flipping this district.

NEW YORK U.S. SENATOR – When asked by CNN’s Dana Bash whether she might challenge Sen. Chuck Schumer in next year’s Democratic primary, sophomore Rep. Alexandria Ocasio-Cortez didn’t rule out the possibility but also did not sound particularly interested in the prospect. The congresswoman insisted that she hasn’t seriously considered the race, saying, “I can’t operate the way that I operate and do the things that I do in politics while trying to be aspiring to other things or calculating to other things.” She also added that she and Schumer “have been working very closely on a lot of legislation and that, to me, is important.”

Ocasio-Cortez did not offer any sort of timetable for making a decision, however, and her comments were made in late June as part of a taping for a CNN special, so it’s possible her stance has shifted since then.

COLORADO GOVERNOR — Jason Salzman of the Colorado Times Recorder writes that Republican state Sen. John Cooke, who is also the assistant minority leader of the chamber, did a radio interview last Thursday and shared some unflattering thoughts on his own party’s outlook in next year’s governor’s race.

Cooke said he did not think Democratic Gov. Jared Polis could be beaten and even praised the governor as “smart and popular.” He did name-check businessman Greg Lopez, the only officially announced candidate so far for the GOP but bemoaned his lack of money and name recognition.

Cooke also mentioned former state Sen. Ellen Roberts as someone who could give his party a chance in the race, but he said she told him she’s not interested in running. Roberts thought about a statewide bid in 2016 for Senate but decided against it after receiving backlash from some Republicans for not being sufficiently conservative.