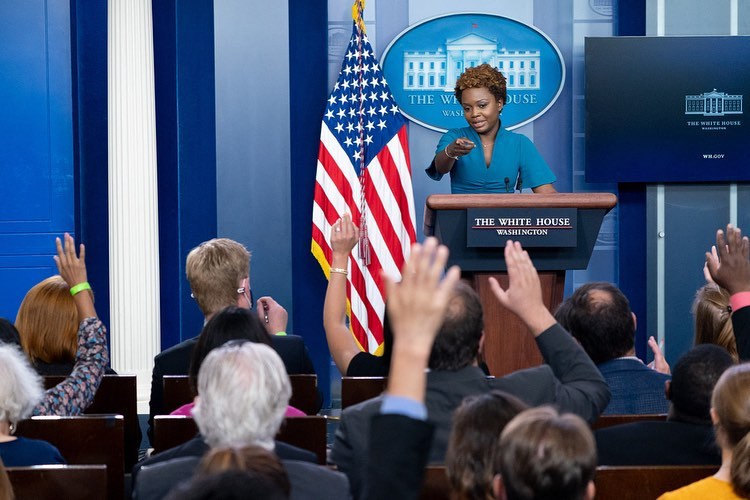 A new Civiqs poll finds that only 14% of Republicans surveyed are very worried or somewhat worried about the Delta Covid-19 variant.

Meanwhile, 49% of independents and 87% of Democrats are worried.

Playbook: “For months, Biden’s approval has been extraordinarily steady. But a few pollsters have detected a recent dip that is making Dems nervous. Even such a small change — and this one seems tied to the reemergence of the coronavirus pandemic — could have big consequences in 2022 given the tight margins in Congress.”

Punchbowl News: “As Democrats celebrate their budget victory, the American Action Network is getting ready to launch a $5 million ad campaign.”

“AAN — the top House GOP leadership linked group with ties to the Congressional Leadership Fund — is trying to make the Democrats’ pricey budget politically untenable for at-risk Democratic lawmakers in the House.”

Here’s one to bookmark: FiveThirtyEight has launched their redistricting tracker ahead of the 2022 House midterms.

“You can look up which party controls redistricting in each state, where the process currently stands and when to expect a new map to take effect; for states with proposed or final maps, you can also view the demographic and partisan breakdown of the new districts, see which party gained or lost ground and check if the map exhibits any signs of gerrymandering.”

WISCONSIN 3RD CD — “Rep. Ron Kind (D-WI), a senior Democrat in one of the most competitive swing seats, will not seek reelection — a gutting blow to House Democrats in their uphill battle to hang onto their majority next November,” Politico reports.

WISCONSIN U.S. SENATOR — Darrell Williams, who has served as the administrator of Wisconsin Emergency Management following his appointment by Democratic Gov. Tony Evers in 2019, is the latest candidate to join the Democratic primary for Senate next year. As WEM administrator, Williams helps to coordinate the state’s relief effort for disasters, and he previously served in the U.S. Army for nearly three decades, though he does not appear to have run for office before.

“The California Republican Party voted overwhelmingly Saturday not to endorse any candidate in the looming recall election that could remove Democratic Gov. Gavin Newsom from office, sidestepping a potentially nasty fight over a GOP favorite that threatened to divide Republicans and depress turnout in the nationally watched race,” the AP reports.

“The lopsided vote to skip an endorsement — supported by about 90 percent of delegates attending at a virtual party meeting — reflected concerns that an internal feud among candidates and their supporters would cleave party ranks and sour Republicans who wouldn’t bother to vote if their candidate of choice was snubbed.”

Said Clark, in an email: “Hackers have evidence that a Dominion machine accessed the Internet through a smart thermostat with a net connection trail leading back to China.”

“Scott’s behind-the-scenes courtship of Ellison illustrates how the senator has quietly become a powerhouse fundraiser and a major force within the Republican Party. Scott, the only Black Republican in the Senate, has seen his profile rise since delivering the party’s response to President Joe Biden’s joint address to Congress in April and is developing a vast network of small- and large-dollar donors that spans his party’s ideological spectrum, helping him far outraise Senate colleagues this year.”

“With the top levels of the GOP divided over whether to remain in lockstep with Trump or break away from him, senior Republicans say Scott’s ability to win support from divergent wings of the party could be an asset should he wage a 2024 run.”

She added: “And I know there’s a lot of people who do not believe that but I really, I can’t operate the way that I operate and do the things that I do in politics while trying to be, aspiring to other things or calculating to other things.”

RNC Chairwoman Ronna McDaniel said that former President Donald Trump “still leads the party,” even as the RNC has vowed to remain neutral if Trump runs again in 2024, The Hill reports.

“When Facebook founder Mark Zuckerberg donated $400 million to help fund election offices as they scrambled to deal with the coronavirus pandemic late last summer, he said he hoped he would never have to do it again,” the AP reports.

“Republican legislatures are granting him that wish.”

“At least eight GOP-controlled states have passed bans on donations to election offices this year as Republicans try to block outside funding of voting operations. The legislation often comes as part of Republican packages that also put new limits on how voters can cast ballots and impose new requirements on county or city-based election officials.”

Daily Beast: “According to the 13 campaign finance experts interviewed for this article, WinRed has not disclosed possibly tens of millions of dollars in PAC expenses. In doing so, WinRed, which Republican leaders forced on campaigns in the 2020 election, has kept secret the identities of the people and firms who work for it and provide its services.”

“According to these experts, based on WinRed’s disclosures, the PAC appears to have potentially crossed the blurry lines of federal campaign finance laws.”

Republicans in two Wyoming counties have voted to rescind recognition of Rep. Liz Cheney (R-WY) as a member of their party, the Casper Tribune reports.

“Wisconsin Gov. Tony Evers (D) vetoed a series of bills Tuesday passed by the state’s Republican-controlled Legislature that would have imposed new restrictions on absentee ballots in the key battleground state,” the Associated Press reports.

“The Democrat also said two Wisconsin counties should not comply with subpoenas to turn over ballots and voting equipment as part of an investigation being led by the Republican head of the Assembly elections committee.”

Said Evers when asked if the local election clerks should comply: “Hell no. You’ve seen what’s going on in Arizona. It’s a clown show.”

Politico: “Gov. Ron DeSantis has built a national political brand. Need proof? Just look at his political committee’s more than $4 million July haul. DeSantis … last month brought in political contributions from every state in the country and several United States territories as well as from members of the military serving overseas, according to campaign finance records.”