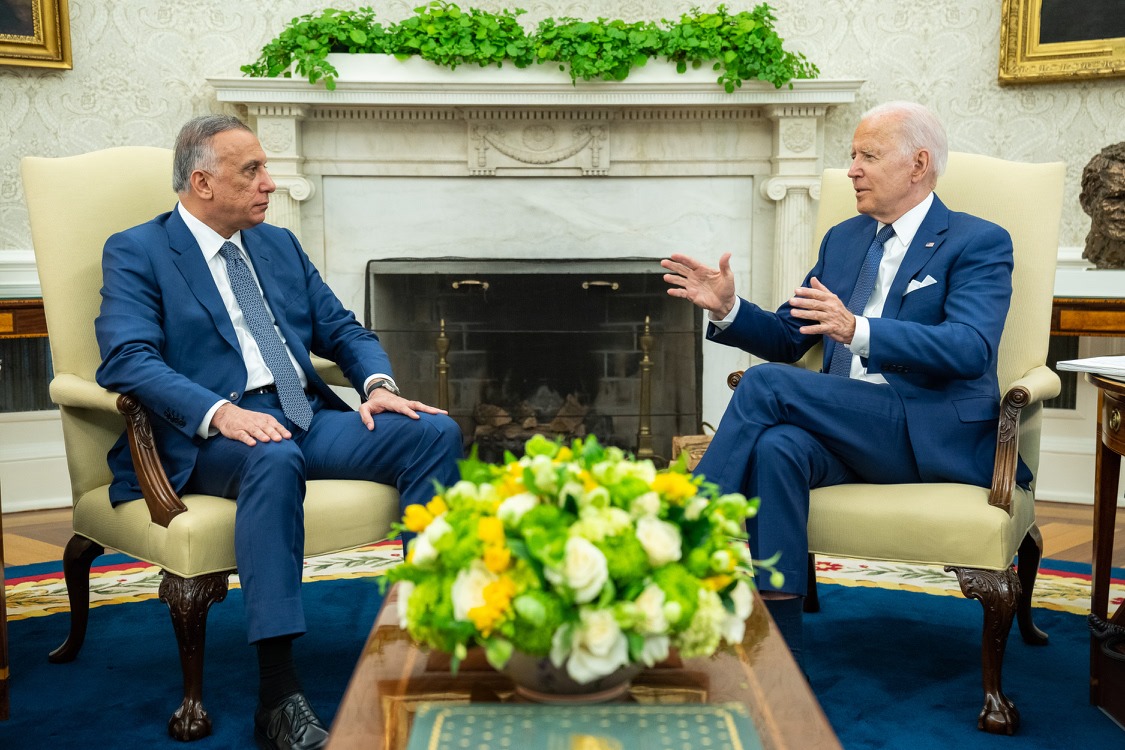 “Jeffrey Rosen, who was acting attorney general during the Trump administration, has told the Justice Department watchdog and congressional investigators that one of his deputies tried to help former President Donald Trump subvert the results of the 2020 election,” the New York Times reports.

“Mr. Rosen had a two-hour meeting on Friday with the Justice Department’s office of the inspector general and provided closed-door testimony to the Senate Judiciary Committee on Saturday.”

“Texas Democrats still refused to return to the state Capitol Saturday as Gov. Greg Abbott began a third attempt at passing new election laws, prolonging a monthslong standoff that ramped up in July when some Democratic state lawmakers fled the state and hunkered down in Washington,” the AP reports.

Conservative radio host Dick Farrel, who used his local talk show to rail against Dr. Anthony Fauci as a “power tripping lying freak” and say that no one should get the coronavirus vaccine, died from Covid-19 complications, the Daily Beast reports.

When the disease sent him to the hospital three weeks ago, he changed his tune and urged friends to get vaccinated, WPTV reports.

“In the last 10 days, we have had six members of our church who passed away from COVID. Four of them were under the age of 35. All of them were healthy, and the only thing they had in common was they were not vaccinated.”

“The Taliban seized the city of Kunduz in northern Afghanistan on Sunday. It is the first major city to be overtaken by the insurgents since they began their sweeping military offensive in May,” the New York Times reports.

The U.S. embassy in Afghanistan urged U.S. citizens in the country to flee immediately, coming as the Taliban captured multiple cities in the last 24 hours.

Washington Post: “The gaping disparity between Cuomo’s publicly declared commitment to stamping out abuse and harassment and his alleged private behavior has emerged as one of the most staggering aspects of a scandal that seems on track to lead to an early end to his governorship. An examination of the report’s findings compared with Cuomo’s contemporaneous public statements reveals a leader who appeared completely to detach his personal behavior from his public persona.”

“Over and over again, the investigation found, he behaved in private exactly in the manner that he repeatedly condemned in public — making lewd comments to young women, kissing aides on the mouth, having others sit on his lap and repeatedly touching women inappropriately.”

New Yorker: Cuomo on the brink of impeachment.

CNN anchor Jim Acosta called out several Republican governors who have pushed back on mask mandates and COVID-19 vaccination, suggesting new coronavirus variants be named after them.

He specifically went after Florida Gov. Ron DeSantis (R): “People should not have to die so some politicians can own the libs. They’re not owning anybody. They may end up owning the pandemic because they’re prolonging it. Perhaps it may be time to start naming these new variants after them. Why not call it the DeSantis variant instead of the Delta variant?”

“Although most large events shut down last summer because of the coronavirus pandemic, the Sturgis Motorcycle Rally forged ahead, panicking health experts as nearly a half-million motorcycle enthusiasts descended on the Black Hills of South Dakota,” the New York Times reports.

“This year’s rally, which began on Friday, is expected to draw an even larger crowd, just as the infectious Delta variant is producing more new virus cases nationwide than this time last year.”

“The aggressive fund-raising tactics that former President Donald Trump deployed late in last year’s presidential campaign have continued to spur an avalanche of refunds into 2021, with Mr. Trump, the Republican Party and their shared accounts returning $12.8 million to donors in the first six months of the year,” the New York Times reports.

“Trailing in the polls and facing a cash crunch last September, Mr. Trump’s political operation began opting online donors into automatic recurring contributions by prechecking a box on its digital donation forms to take a withdrawal every week. Donors would have to notice the box and uncheck it to opt out of the donation. A second prechecked box took out another donation, known as a ‘money bomb.’”

Florida’s State Board of Education approved an emergency rule hastily crafted by Gov. Ron DeSantis’ (R) administration that will allow parents to use vouchers to move their children to another school if they perceive any type of “COVID-19 harassment” against their child in connection to district rules on masking, testing and isolation due to exposure, the Miami Herald reports.

Miami Herald: “Some people itching to get their hands on a COVID-19 cure are putting themselves in danger for taking unprescribed doses of ivermectin, an anti-parasitic drug used to treat diseases such as river blindness or scabies in people and prevent heartworm disease and other infestations in animals.”

“The drug has been flying off the shelves of farm supply stores and veterinary offices as people, mostly those who refuse to get vaccinated, search for unconventional ways out of the pandemic.”

Proof-of-vaccination requirements in the United States and Europe have spurred a new market for counterfeit certificates, the Wall Street Journal reports.

“President Biden and his top aides are rebuffing activists who want the White House to pressure Supreme Court Justice Stephen Breyer to retire,” Axios reports.  “Both Biden and Chief of Staff Ron Klain believe applying such pressure — publicly or even privately — would politicize and damage the institution of the Supreme Court… They’re also afraid it could backfire.”

“Federal judges will no longer play the role of referee when the intensely partisan, once-per-decade fight over congressional mapmaking gets underway this year,” The Hill reports.

“As a result of decisions by the Roberts Court, federal courthouses will be forced to turn away even the most egregious cases of partisan gerrymandering, which could make it easier for state lawmakers to lock in politically manipulated voting maps for the next decade.”