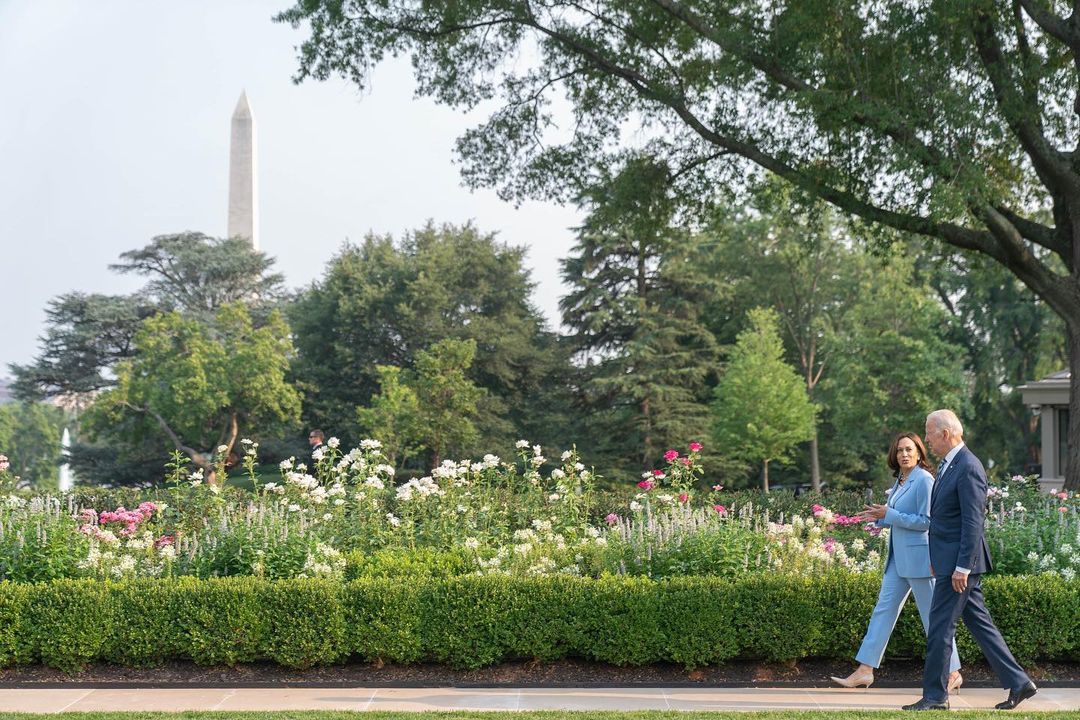 However, when all registered voters are polled, the margin opposing the recall expands to 51% to 36%.

A new Gallup poll finds that as the U.S. military continues its drawdown of troops in Afghanistan, Americans are evenly divided in their views — 47% to 46% — on whether it was a mistake for the U.S. to send troops into the country nearly 20 years ago.

“Our newly-published research on the 2018 midterm elections suggests that receiving the public backing of Trump may ultimately harm candidates in close races – so Republican candidates looking for electoral success may want to think carefully before welcoming Trump’s endorsement.”

Arizona Republic: “Questions are mounting about who is in control of the long-running partisan review of Maricopa County’s 2020 election results — the Arizona Senate, which ordered it, or the outside firms that are running it.”

“On Friday, Ken Bennett, the Senate liaison to the audit, was not allowed into the building at the state fairgrounds where the audit is taking place, a day after he shared data with outside critics from an ongoing ballot count.”

The Republican head of the Wisconsin Assembly elections committee said she will ensure there is a “comprehensive, forensic examination” of ballots cast in the 2020 presidential election at the same time the state’s nonpartisan audit bureau conducts a review, the Associated Press reports.

WEST VIRGINIA U.S. SENATOR — Politico: “Joe Manchin strongly signaled in 2018 that his brutal reelection campaign that year was his last. Now, as he marshals the entire Senate in his centrist direction, he’s not so sure he’ll call it quits. The West Virginia Democrat is steadily padding his campaign coffers, raising $1.6 million in the first six months this year and sitting on nearly $4 million for a potential race that wouldn’t occur for three years. His colleagues say he’s not acting like a senator in his last term.”

Wright was also endorsed by the Texas Republican Party, “a rare occurrence in a contest that featured other Republicans.”

Said Trump: “I’d like to see him run… He probably would poll the highest.”

NEW YORK CITY MAYOR — New York Times: “Eric Adams, for his part, is seizing the mayoral bully pulpit, moving to cement a national reputation as a Democrat who speaks with uncommon authority about both public safety and police reform… In some ways, it is a difficult playbook to replicate. Mr. Adams, who will be New York’s second Black mayor if he wins in November, as expected, grew up in poverty and says he was beaten by police officers before joining the force himself…”

“But some party officials and lawmakers also say that Mr. Adams offers a template for how to discuss matters of crime and justice, urgent issues for Democratic candidates across the country as the early contours of the 2022 midterm campaigns take shape… Whether party leaders are ultimately comfortable with Mr. Adams as a national standard-bearer will hinge on how he governs.”

“During an interview last week, one of J.D. Vance’s primary rivals, former Ohio state treasurer Josh Mandel, hit Vance for positioning himself against Big Tech while he has ‘a guy who is on the board of Facebook as his biggest political funder.’”

Texas Monthly: “Amid all the fighting, most lawmakers have apparently overlooked a provision that would force counties to automatically reject some mail-in ballot applications.”

“Here’s why: The Republican-authored legislation would require voters to submit either their driver’s license number or a partial Social Security number when applying to vote by mail. That number would then be cross-checked with the state’s voter-registration database.”

“Most applicants would be fine, because almost 90 percent of all registered Texas voters have both their Social Security number and driver’s license number in the database. However, 1.9 million voters—about 11 percent of the total—have only one of the two numbers on file with the state.”

“Bush, the only prominent member of his family to back Trump in the 2016 election, had sought the former president’s endorsement and even distributed drink koozies at his campaign kickoff that featured a supportive quote from Trump and a photo of the two shaking hands.”

Dallas Morning News: “Trump was gushing in his praise of Paxton, who unsuccessfully asked the U.S. Supreme Court to toss out the election results of several battleground state won by President Joe Biden.”

VIRGINIA GOVERNOR — Wall Street Journal: “Some voters interviewed in Virginia, including suburban white women who were important to Democrats’ improved performance here and in other states that President Biden carried, said they felt national conversations about race and equity were divisive and often cast all white people in a negative light. Others were concerned that their children would come home from school believing that their parents are racist.”

“Other Virginia voters said Glenn Youngkin’s focus on excoriating critical race theory is impeding changes that need to be made by schools and businesses to address racial inequality… GOP strategists acknowledge that it is unclear whether opposition to critical race theory appeals to voters they need to win back.”

The NRA, which in previous years has spent heavily on behalf of Virginia Republicans, has passed on endorsing gubernatorial nominee Glenn Youngkin after he declined to fill out the organization’s questionnaire. The omission is all the more striking given that the organization backed both of Youngkin’s ticket-mates, attorney general nominee Jason Miyares and lieutenant governor candidate Winsome Sears.

As the Richmond Times-Dispatch’s Mel Leonor notes, Youngkin has claimed to be a “lifetime member of the NRA,” but his reticence to explain his views in detail led the group to give him a question mark in place of a letter grade when it ranked candidates ahead of the GOP’s May convention. Youngkin’s campaign defended itself at the time by saying, “Glenn isn’t a politician and isn’t spending all his time filling out surveys.”

Four years ago, during Virginia’s last gubernatorial race, the NRA was one of the biggest outside spenders of the contest, putting more than $1 million into ads supporting Republican Ed Gillespie’s losing campaign.

ARIZONA GOVERNOR — Rep. David Schweikert is endorsing former Rep. Matt Salmon’s bid for the GOP nomination in Arizona’s open governor’s race next year, which will make him the second member of the state’s delegation to do so after Rep. Andy Biggs. All are connected through the extremist House Freedom Caucus: Salmon was a founder, Schweikert is a member, and Biggs is the organization’s current chair.

ILLINOIS GOVERNOR — Democratic Gov. J.B. Pritzker, who kicked off his re-election bid last week, is out with three new ads. The commercials, backed by a $851,000 buy, feature Pritzker narrating the experiences of four Illinois residents during the COVID-19 pandemic while also touting the progress the state has made in fighting the disease. One spot focuses on a nurse, the second on a National Guard member who was involved in the state’s testing and vaccination rollouts, and the last on a couple who owns a distillery that made hand sanitizer during the height of the pandemic.

As the Chicago Tribune notes, none of these residents are from the strongly Democratic Chicago area, which suggests Priztker is attempting to expand his base of support further throughout the state.

MINNESOTA GOVERNOR — While state Senate Majority Leader Paul Gazelka said early this month that he would take 40 days to decide whether to seek the GOP nomination, he seems to have abandoned that Moses-like timeline. The senator recently spoke to local NBC journalist Jana Shortal, who relayed that Gazelka’s decision “could come in weeks or months.”