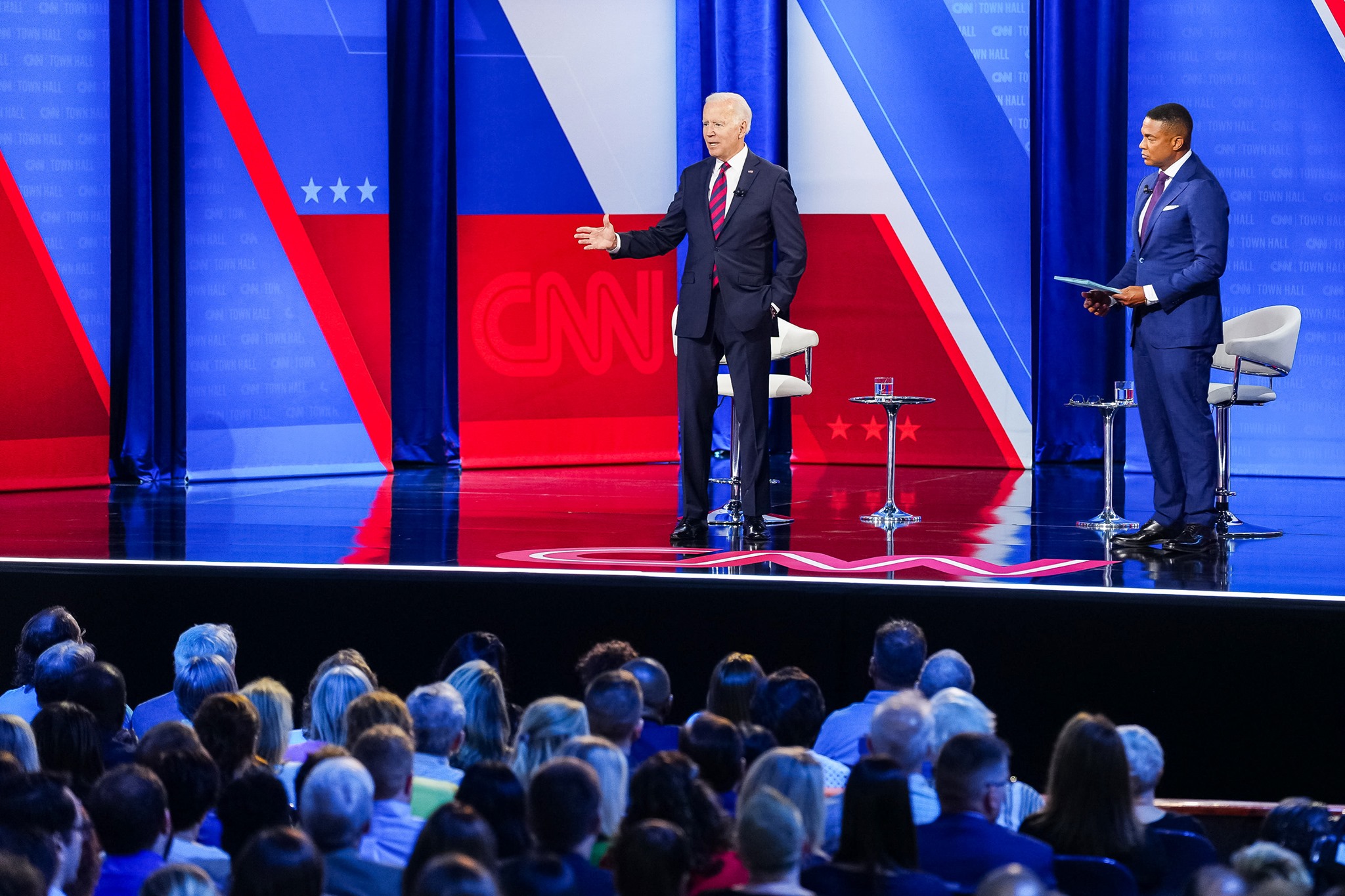 “Speaker Nancy Pelosi reiterated this morning that the House will not take up the bipartisan infrastructure bill until the Senate passes its reconciliation package,” Punchbowl News reports.

“Understand what that means: Pelosi is not talking about a budget resolution, which could clear the Senate and House in August. Pelosi is referring to the reconciliation package — the one that includes all the negotiated policy details drafted by the committees  — and that may pass as late as this fall.”

Amy Walter: “No matter what happens with the bipartisan infrastructure bill, it’s pretty clear that this is the last chance for any significant and meaningful bipartisan legislation for the foreseeable future. And, that’s not just because control of the Senate is on the line in 2022. Two of the three Republicans most heavily involved in the bipartisan deal-making on infrastructure won’t be in Congress in 2023, while the third could lose a primary. Ohio’s Rob Portman and North Carolina’s Richard Burr are retiring, while Alaska Sen. Lisa Murkowski, who has earned former President Trump’s wrath by voting to impeach him, has a serious intra-party challenge.”

“As important, the Republicans running to replace them are more interested in fighting than in fixing, more invested in widening the partisan chasm than in narrowing it. Meanwhile, Democratic Senate candidates in key swing seat Senate races don’t share President Biden’s optimism about GOP cooperation. Many of them have pledged to nix the filibuster, something Biden recently said would ‘throw the entire Congress into chaos.’”

“Lawmakers trying to seal a bipartisan infrastructure deal and maneuver Democratic priorities through Congress will claim those plans are fully paid for, but they look likely to use a series of creative budgetary techniques to achieve that target,” the Wall Street Journal reports.

“Instead of borrowing at historically low interest rates, as was the case in the $1.9 trillion coronavirus relief law in March, lawmakers appear set to open a well-worn bag of maneuvers, which analysts in both parties call gimmicks, to help claim their policies aren’t adding to the national debt, though Democrats will certainly have tax increases to point to.”

Axios: “Senate Democrats are considering including about $10 billion in their $3.5-trillion budget reconciliation package for border security — focused on infrastructure at legal entry points.”

“The United States has dropped its threat to block the Nord Stream 2 natural gas pipelines from Russia to Germany, officials said on Wednesday, formally setting aside a yearslong disagreement with Berlin over an energy deal that critics have warned would allow Moscow to starve Ukraine of transit fees that are crucial to Kyiv’s economy,” the New York Times reports.

“The Biden administration’s decision was effectively an acknowledgment that the pipeline project was too far advanced to stop, and that relations with Germany, a crucial ally, were too important to jeopardize over the dispute.”

“But it infuriated Republicans and Democrats in Congress who have demanded the use of economic penalties to halt the pipelines, and on Wednesday accused the administration of being soft on Russia.”

Washington Post: “Since the pandemic began, Congress has authorized about $6 trillion in assistance, which helped stave off an economic downturn that in some ways rivaled even the Great Depression. That includes critical federal initiatives that once lent billions of dollars to small businesses and restaurants, which in recent months have run out of cash or reached their expected ends.”

“For workers, meanwhile, a series of programs to help renters afford housing, assist students struggling with their loans or boost out-of-work Americans’ pay are nearing their expiration — unless Congress extends them or the White House intervene.”

David Leonhardt: “Covid-19 has caused the largest decline in U.S. life expectancy since World War II, the federal government reported yesterday. But Covid is not the only reason that life expectancy in this country fell last year to its lowest level in almost two decades.”

“Even before the pandemic, the U.S. was mired in an alarming period of rising mortality. It had no modern precedent: During the second half of the 2010s, life expectancy fell on a sustained basis for the first time since the fighting of World War II killed several hundred thousand Americans.”

“It’s hard to imagine a more alarming sign of a society’s well-being than an inability to keep its citizens alive.”

“Nearly three years after Justice Brett Kavanaugh’s tumultuous confirmation to the Supreme Court, the FBI has disclosed more details about its efforts to review the justice’s background, leading a group of Senate Democrats to question the thoroughness of the vetting and conclude that it was shaped largely by the Trump White House,” the New York Times reports.

“FBI assistant director Jill Tyson said that the most ‘relevant’ of the 4,500 tips the agency received during an investigation into Mr. Kavanaugh’s past were referred to White House lawyers in the Trump administration, whose handling of them remains unclear.”

“The letter left uncertain whether the FBI itself followed up on the most compelling leads.”

The Texas Senate passed a bill that would remove a requirement for public school teachers to teach that the Ku Klux Klan is “morally wrong,” NBC News reports.

“The legal action came after the Republican-led House and Senate voted against funding the voter-approved expansion in May, resulting in Parson withdrawing an application with the federal government outlining the more inclusive program.”

“The Biden administration announced new sanctions Thursday against a Cuban official and a government entity that it says was involved in human rights abuses during a government crackdown on protests on the island earlier this month,” the Associated Press reports.

Politico: “Pelosi has some unfinished business with Donald Trump. The volatile former president and Pelosi foe is long gone from the White House but still haunts Capitol Hill. And as much as some in her party might want to move on from Trump, the speaker has made overseeing an investigation of the deadliest attack on the Capitol in two centuries into a core mission this year — putting her squarely in the path of the former president who Democrats say played a central role in the insurrection.”

“House Republicans have already stripped Rep. Liz Cheney of her leadership post. Now, they have one procedural tool left,” the Washington Examiner reports.

“The House Republican Conference could, in theory, take away Cheney’s sole committee assignment on the Armed Services panel.”

When asked if that was possible, McCarthy said: “I think it’s a conference decision.”

“Reeling from a surge in battlefield losses, Afghanistan’s military is overhauling its war strategy against the Taliban to concentrate forces around the most critical areas like Kabul and other cities, border crossings and vital infrastructure,” Reuters reports.

“The politically perilous strategy will inevitably cede territory to Taliban insurgents. But officials say it appears to be a military necessity as over-stretched Afghan troops try to prevent the loss of provincial capitals, which could deeply fracture the country.”

Times of London: “The Taliban have massed on the outskirts of Kandahar in preparation for an all-out assault to recapture a city that was once the movement’s capital and spiritual home.”

Wall Street Journal: “Top Iraqi and U.S. officials plan to issue a statement calling for U.S. combat troops to leave Iraq by year-end, both nations’ officials said, but would reaffirm the need for a U.S. military presence to help Iraqi forces in their fight against Islamic State.”

“What do rocket strikes by Shiite militias in Iraq, ransomware attacks on targets in the U.S., and Russia’s use of mercenaries on battlefields in the Middle East have in common? They are part of a trend in which America’s rivals are using nonstate actors and quasi-deniable means to put pressure on its interests,” Bloomberg reports.

“Washington is frequently finding itself on the business end of a classic strategy — proxy warfare — for which it has yet to devise an effective answer.”

By contrast, 100% of all House Democrats confirm they’ve been vaccinated.

“The Capitol’s chief physician is considering reimposing a mask recommendation in the Capitol after two months of mostly face-covering-free business in the House and Senate,” Politico reports.

White House Press Secretary Jen Psaki accused China of “stonewalling” a World Health Organization investigation into origins of the coronavirus, including the possibility it escaped a Chinese lab, after Beijing said it wouldn’t participate, Bloomberg reports.

Said Psaki: “Their position is irresponsible and, frankly, dangerous.”