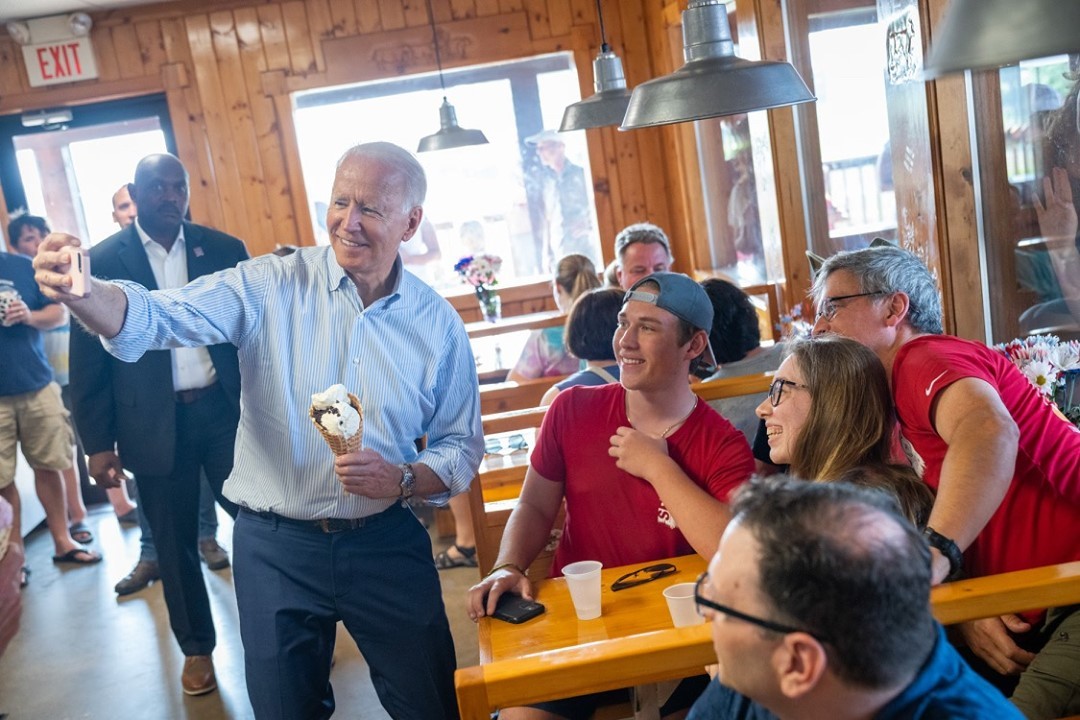 Elliot Morris: “For the first time since The Economist and YouGov began regularly conducting polls in 2009, Americans rate climate change as their second most important issue — ranking it above every other problem except healthcare.”

“Biden’s fairly static numbers are at least in part a reflection of the lack of major scandals in his administration as well as its avoidance, for now, of deeply unpopular policies — developments that have tripped up some of his predecessors.”

Politico: “Cuba policy isn’t just a Miami political issue any more. In the days after the historic uprisings, Cuba has emerged as a central focus among Republican presidential contenders who have elevated the calls for democracy on the island to a top-tier issue in the 2024 shadow primary.”

“The presidential prospects have seized the opportunity to differentiate themselves in a crowded field, but they are also using the moment to unify the GOP behind themes nearly everyone in the party can agree on, ranging from a hard-line anti-communism message to a critique of Biden administration foreign policy to attacks on the progressive left.”

Washington Post: “Instead, the Save America leadership PAC — which has few limits on how it can spend its money — has paid for some of the former president’s travel, legal costs and staff, along with other expenses … The PAC has held onto much of its cash.”

“Even as he assiduously tracks attempts by his allies to cast doubt on the integrity of last year’s election, Trump has been uninterested in personally bankrolling the efforts, relying on an array of other entities and supporters… The tactic allows Trump to build up a war chest to use in the 2022 midterms on behalf of candidates he favors — and to stockpile cash for another potential White House run, an unprecedented maneuver for a former president.”

“Republicans control the drawing of more districts in this round of decennial redistricting than Democrats do. Democrats arguably would be better off if no states had bipartisan/independent redistricting commissions.”

Jonathan Allen: “Despite the divide in the party, many Republicans see little electoral danger for the midterms.”

“Elijah Haahr, a former Missouri House speaker, said there’s an asymmetry to the voting public. For those who have chosen not to get vaccinated, he said, ‘that will be their No. 1 issue, and they will vote against the party that wants to force them to vaccinate.’”

“On the other side of the spectrum, he said, people who have been vaccinated are more likely to put other issues front and center by the time they go to the polls next year.”

Kyle Kondik and J. Miles Coleman on the unreliable Trump voter: “While it’s hard to know specifically what’s going on — remember, we’re talking about pollsters trying to figure out a group that it appears disproportionately doesn’t respond to polls — it seems likely that, in 2020, there was an underpolled group that tended to vote not just for Trump, but for a straight Republican ticket.”

“Needless to say, this is an important group of voters moving forward, but it may be hard to account for them — both for Republicans dependent on their turnout, and Democrats fearful of it.”

Samuel Goldman: “The diminishing reliability of polls is bad news for campaign journalists and political consultants, but it’s good news for the rest of us.”

“Uncertainty about polls could liberate unconventional candidates to pursue ostensibly unpopular positions and novel strategies. It might also encourage turnout by keeping voters’ hopes for improbable victory alive. Facing the risk of massive error, even candidates who are heavily favored can’t take their core supporters for granted.”

“He’s lined up across from Trump, who threw out the dusty old political playbook when he first ran for president and is now aiming his high-powered offense right at Gonzalez.”

NEW YORK CITY MAYOR — Bret Stephens on New York City mayoral candidate Eric Adams (D): “Listening to Adams hold forth like this for an hour is an enjoyable, even delightful experience, because it’s so refreshingly free of ideological cant. If Adams can govern as he campaigned, he’ll be remembered as the mayor who saved New York from walking itself off a ledge. It probably won’t be the last, much less the highest, office he’ll hold.”

WYOMING AT LARGE CD — Donald Trump says he’ll be interviewing some of the Republican candidates challenging Rep. Liz Cheney at his New Jersey golf club next week and will, in the coming months, give his rose to “JUST ONE CANDIDATE” to help prevent a split field.

So far, though, none of the major contenders has confirmed whether they’ll be heading to Bedminster, though state Rep. Chuck Gray just launched his first TV ad, with the refrain, “Let’s thank President Trump—not impeach him.”

Cheney, however, dominated the entire field arrayed against her—combined: She pulled in almost $1.9 million and had $2.8 million in her war chest.

“Club for Growth, a fiscal conservative political action committee, who has been working to find a candidate challenging Rep. Liz Cheney (R-WY) to endorse, released a 30-second ad branding Cheney as a ‘Clinton Republican,’” the Casper Star Tribune reports.

Said Dole: “He lost the election, and I regret that he did, but they did. He had Rudy Giuliani running all over the country, claiming fraud. He never had one bit of fraud in all those lawsuits he filed and statements he made.”

Prosecutors across the country found evidence of voter fraud compelling enough to take to court about 200 times since the November 2018 elections, according to a 50-state Bloomberg canvass of state officials.

Said Finkenauer: “On 1/6 the world changed, and so did I. I remember sitting on my couch in Cedar Rapids with my husband as we were watching my former colleagues and my friends get attacked in the United States Capitol… That violent mob, that insurrection, was happening because our country and people were fed misinformation and lies about our elections and democracy, and our senators didn’t push back.”

“Beto O’Rourke has funneled $600,000 to Texas House Democrats in Washington, D.C., to help fund their stay, which could last for up to another two weeks as the lawmakers attempt to block passage of a GOP election bill at the state Legislature,” the Texas Tribune reports.