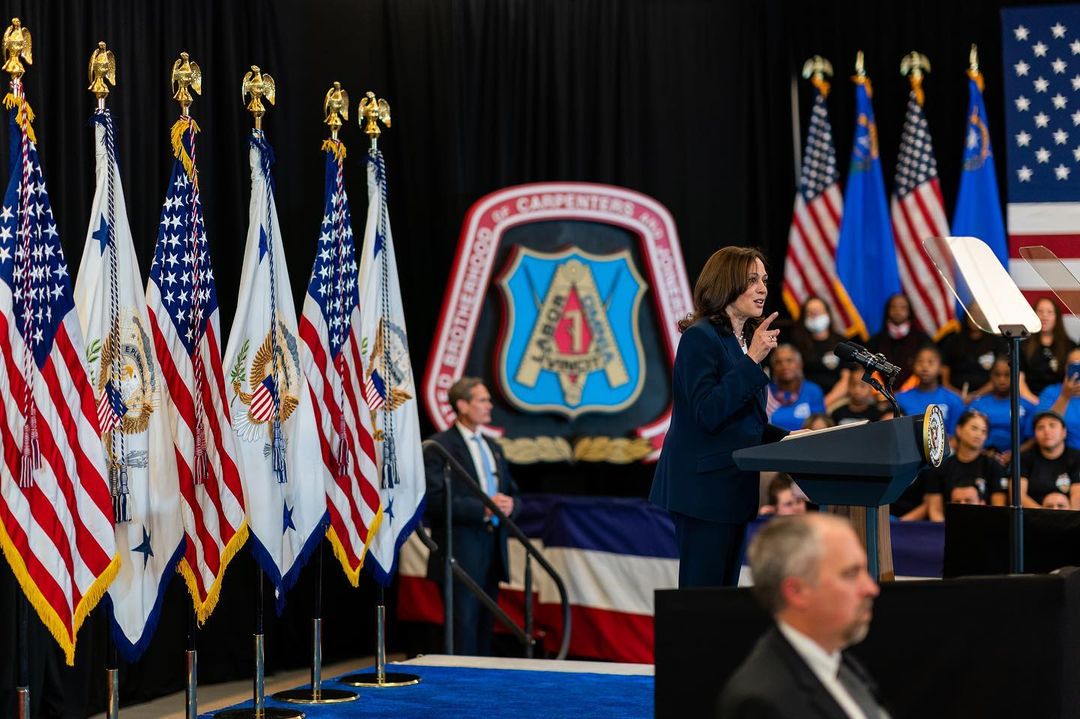 A new OH Predictive Insights poll in Arizona finds 62% of Republicans believe a partisan election “audit” there will show that former President Trump won the state instead of President Biden. Another 21% of Republicans say Biden’s victory will stand, while another 16% are not sure.

A new YouGov poll finds 20% of Americans believe the federal government is using the coronavirus vaccines to microchip the population.

David Eichenthal: “Democrats have the opportunity to widen the playing field in 2022 with the right candidates, a message focused on economic growth and—a surprise to some—a clear pro-democracy appeal designed to woo the one-quarter to one-third of Trump voters who are Liz Cheney Republicans.”

“We asked voters (in a Tennessee district Trump won easily) a battery of questions to see if there were any disqualifying issues. For example, 15% of voters said that there was no chance that they would consider a candidate who supported mandatory background checks.”

“But the most surprising result was that 45% of poll respondents said that there was no chance that they would consider a candidate who voted to block the certification of the presidential election after the January 6 attack on the U.S. Capitol.”

Geoffrey Skelley: “Incumbent politicians have moved further toward the political extremes in recent elections partly because they are worried about a primary challenge.”

“But studies suggest that the primary electorate itself isn’t any more ideologically extreme than the general electorate. Rather, the bigger problem is the decline in competitive congressional districts.”

First Read: “With 57 days to go until the election and with the official list of replacement candidates now complete, it’s safe to say that the 2021 California gubernatorial recall bears no resemblance whatsoever to its 2003 predecessor.”

““The 2021 race has been a relative snoozer, with it being overshadowed by rising Covid-19 cases, heat waves, the upcoming Olympics — and even New York’s mayoral race and Virginia’s gubernatorial contest.”

Former President Donald Trump “has told at least three people he’s dined with in recent months that he plans to run in 2024,” Rolling Stone reports.

Said one former RNC official: “I have three friends who’ve had dinner with him in the last couple of months. All three reported that his current plans are to run for president in 2024. Now, whether he does or not is a different issue. We’ve still got three years to go. But he’s telling people that.”

“The ex-RNC official says the first two dinners took place in late spring. But the third dinner happened in the last two weeks, the official said. The first two dinner companions came away from their conversations convinced Trump was serious and he’s running… The third said he left the dinner ‘not 100% sure Trump wants to run but he likes being in the conversation, he wants to freeze the field, and he wants his name out there.’”

Politico: “Mike Pence was met by a respectful, even warm, crowd in his first trip back to Iowa since the election. Republicans at a picnic in the northwestern corner of the state stood and clapped for him on Friday. In Des Moines later that afternoon, a ballroom full of Christian conservatives did the same.”

“What few people said they saw in Pence, however, was the Republican nominee for president in 2024.”

“National surveys of the 2020 presidential contest were the least accurate in 40 years, while the state polls were the worst in at least two decades,” Politico reports.

“But unlike 2016, when pollsters could pinpoint factors like the education divide as reasons they underestimated Trump and offer specific recommendations to fix the problem, the authors of the new American Association for Public Opinion Research report couldn’t put their finger on the exact problem they face now. Instead, they stuck to rejecting the idea that they made the same mistakes as before, while pointing to possible new reasons for inaccuracy.”

CNN: How pollsters are trying to fix the polls after 2020.

“In recent days, a poll includes Kristof’s name and asks voters how they would feel about a journalist who grew up on a farm running for office. The poll also includes other Democratic hopefuls. Kristof was raised on a sheep and cherry farm in Yamhill County, about an hour southwest of Portland.”

“Contacted about the poll, Kristof says his friends are attempting to recruit him.”

“Wealthy congressional candidates are pouring millions into their own campaigns but failing to file mandatory disclosure forms, keeping voters in the dark about how they got their cash,” Axios reports.

“Unlike regular donors, candidates can give unlimited sums to their campaigns. Watchdogs say knowing the source is crucial to vetting potential conflicts of interest and ensuring hidden supporters won’t unduly influence them in office.”

“Ignoring the law also speaks to a lack of fear of the congressional ethics officials charged with enforcing transparency requirements.”

“William H. Regnery II, a reclusive heir to a Midwestern textile fortune who bankrolled some of the leading organizations and figures behind the rise of the alt-right and championed efforts to win adherents to a modernized notion of white supremacy, died on July 2,” the New York Times reports.

“Mr. Regnery rarely granted interviews or spoke in public, and he sought to work behind the scenes, through funding and organizing. He came to his far-right views late in life, at least publicly, saying he had grown disenchanted with the ‘ebullient optimism’ of the Republican Party in the early 1990s.”

Wall Street Journal: “A top advertising-industry observer expects elections this year and next will see political ad expenditures of roughly $9 billion, more than doubling the amount spent in the 2018 midterm cycle.”

Former New Jersey Gov. Chris Christie (R) “has been tapped to co-chair a new fundraising program aimed at helping Republicans in 2022 governor’s races, a role that will allow him to maintain his national profile as he weighs a 2024 presidential bid,” Politico reports.

NEW YORK GOVENROR — What to make of Democratic Gov. Andrew Cuomo’s fundraising haul for the first half of the year? On the one hand, the fact that donors—led by wealthy businessmen—gave him $2.5 million over the last six months shows he’s not the complete pariah that you might expect a sitting governor beset by multiple scandals to be.

On the other hand, as Politico notes, that $2.5 million take is “one of the smallest totals” Cuomo’s ever reported—and he’s always been extremely good at raking in the big bucks from moneyed interests. By contrast, for instance, Cuomo pulled in double during the same time period four years ago ($5.1 million) and even more than that in 2013 ($6.2 million).

But on the third hand (things are always complicated when it comes to Cuomo), he still has a formidable $18.5 million war chest. Again, that’s about $8 million to $10 million less than what he had on-hand at comparable points during his last two re-election campaigns, but it’s also far more than anyone else has stockpiled: Cuomo’s best-funded Republican opponent, Rep. Lee Zeldin, reported raising $4 million and has $3 million in the bank, for instance.

And the governor’s best-funded Democratic challenger has, well, nothin’. Despite a lot of speculation months ago, and even a few not-ruling-it-out comments, no notable Democrats have sought to take on Cuomo (who, it sure seems, still plans on seeking a fourth term). It’s possible that could change once the biggest would-be name, state Attorney General Tish James, wraps up her investigation into allegations of sexual misconduct against Cuomo—and with Cuomo himself being questioned on Saturday, it’s possible such a day isn’t far off.

But there’s no telling whether James—or anyone else—is actually interested. Cuomo may just survive by pulling a Northam and running out the clock. Of course, a bombshell report from James’ investigators could change the calculus for everyone, but Cuomo might just shrug it off like he has everything else.

WISCONSIN U.S. SENATOR — Democratic Lt. Gov. Mandela Barnes, who has been talking about running for the Senate for months, has a “big announcement” set for Tuesday afternoon. The Associated Press wrote days ago that Barnes is “preparing to enter” the primary to take on Republican incumbent Ron Johnson, who is still keeping everyone guessing about his 2022 plans.

ARKANSAS GOVERNOR — State Attorney General Leslie Rutledge kicked off her bid a year ago likely hoping that her early launch would put her in a strong place heading into the 2022 Republican primary, but former White House Press Secretary Sarah Huckabee Sanders has instead been utterly dominating the fundraising race. Sanders, who picked up Donald Trump’s endorsement soon after she launched her campaign in January, raised $3.7 million during the second quarter for the primary, and she ended June with $4.8 million on-hand.

Rutledge, by contrast, hauled in just $155,000 for the primary during this time and, despite her months-long head start, had a far smaller $765,000 war chest. (Sanders additionally leads Rutledge $1.42 million to $383,000 in cash that could be used in the general election.) Either Sanders, who is the daughter of former Gov. Mike Huckabee, or Rutledge would be the first woman to serve as governor.

Arkansas Democrats were the dominant party in Arkansas until about a decade ago, but the state’s massive down ballot swing to the right means that the GOP nominee will be incredibly difficult to beat. Still, physicist Chris Jones raised a notable $583,000 for the primary in the two weeks since he entered the Democratic primary with an announcement video that quickly went viral, and he ended June with $535,000 on-hand. Jones, who would be Arkansas’ first Black chief executive, faces three intra-party foes, but none of them had more than $15,000 to spend.

VIRGINIA GOVERNOR — Campaign accounts are in from May 28 to June 30 (the Democratic primary was June 8) and Democrat Terry McAuliffe outraised Republican Glenn Youngkin, who did not do any self-funding during this time, $7.5 million to $3.6 million. McAuliffe ended last month with a wide $9 million to $2.6 million cash-on-hand edge, though it would be a surprise if the wealthy Youngkin doesn’t refill his coffers before long.

President Biden has announced that he’ll campaign with McAuliffe on July 23 in Arlington.