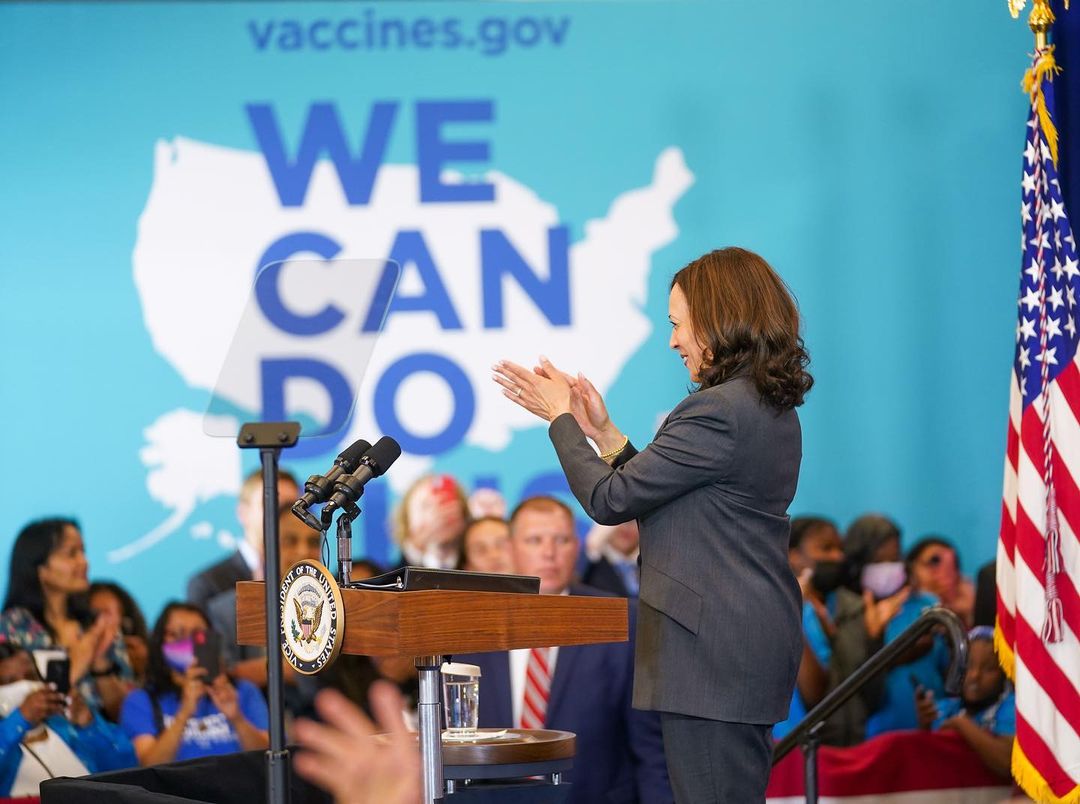 Former Gov. Terry McAuliffe (D) reported raising more than twice as much money during June as Glenn Youngkin (R) in a Virginia gubernatorial race that could set state records for campaign spending, the Washington Post reports.

McAuliffe’s campaign said he raised just over $7.5 million for the filing period of May 28 through June 30, compared with $3.6 million reported by Youngkin’s campaign for the same period.

HAWAII GOVERNOR — The Democratic race to succeed termed-out Hawaii Gov. David Ige is well underway, and though both Lt. Gov. Josh Green and former Honolulu Mayor Kirk Caldwell have held off publicly announcing their bids, each man has a website that identifies them as candidates for the Aloha State’s highest office.

The twosome may also get some company in the primary soon, as businesswoman Vicky Cayetano, who served as first lady of Hawaii while her husband, Ben Cayetano, was governor two decades ago, told Civil Beat on Wednesday that she was “definitely considering” a bid. She also said to Hawaii News Now that she’d likely announce her plans in a month.

If Cayetano gets in, she’ll need to get past both Green and Caldwell. Ige appointed Green, who works as an emergency room doctor, in March of 2020 as his administration’s “COVID-19 healthcare liaison,” and the lieutenant governor has had a large media presence throughout the pandemic. Green’s appearances seem to have boosted his image: An April MRG Research poll gave him a 63-17 favorable image statewide, with Democrats liking him by a wide 72-11 spread.

Caldwell, meanwhile, left office early this year as the leader of Honolulu, which is home to about 70% of Hawaii’s residents. But while the former mayor is well-known, MRG found that a large plurality disliked him in the spring: The same poll showed Caldwell with a 29-46 unfavorable image, though Democratic respondents gave him a somewhat better 37-38 score.

As for the Republican Party, it hasn’t been much of a force in Hawaii politics since Gov. Linda Lingle left office at the end of 2010—leading to the state’s last open-seat race for governor—and it doesn’t appear that 2022 will be any different. The only person that Richardson mentioned as a potential candidate for the GOP nod is Honolulu City Councilwoman Andria Tupola, who lost the 2018 general election to Ige in a 63-34 landslide.

INDIANA GOVERNOR — Eric Doden, a former president of the Indiana Economic Development Corporation, got a very early jump on the 2024 Republican primary to succeed termed-out incumbent Eric Holcomb by announcing in early May. He’s also off to a quick start in fundraising: He now says he’s already raised about $940,000 through the end of June.

MICHIGAN GOVERNOR — MIRS News reports that Betsy DeVos, Donald Trump’s notorious education secretary, hasn’t quite ruled out a bid for governor, saying she “is staying publicly visible amid scuttle” that she could challenge Democratic Gov. Gretchen Whitmer next year. Among other things, she recently penned an op-ed in the New York Post—railing about “critical race theory,” of course—and trekked across the state for a GOP fundraising event. She also apparently has not conducted any polling.

However, given her vast fortune, high name recognition, and close association with Trump, she could certainly launch a campaign late and with little preparation yet still win the nomination. (And that might suit DeVos, since preparation is not her strong suit.) It wouldn’t even be the first time a member of her immediate family has run for governor: DeVos’ husband, Dick, was the GOP nominee in 2006, though he got crushed by Democrat Jennifer Granholm 56-42.

So far, Republicans have failed to land a prominent candidate to take on Whitmer, though that could change soon. Former Detroit police Chief James Craig, who’s been reportedly preparing a run for some time, told Fox host Tucker Carlson on Wednesday that he has “an important announcement for Michigan’s future” and said he “hope[s]” he can come back on Carlson’s show “next week.” But Melinn says that the highly touted Craig may not be “the unanimous choice among all major Republican players,” which might present an opening for someone like Betsy DeVos.

Lindstrom, a financial advisor, played as a walk-on for the University of Nebraska’s football team in the early 2000s and later jumped into electoral politics with an unsuccessful primary challenge to then-Rep. Lee Terry in the 2nd Congressional District. He berated the incumbent, who four years earlier had tried to woo “Obama-Terry” voters during a difficult re-election, for being insufficiently conservative but ultimately lost by a 59-22 margin.

During that campaign, though, Lindstrom also attacked Terry as “beholden to corporate lobbyists” for his efforts to hasten the approval of the Keystone XL oil pipeline, a foretaste of his occasional breaks with right-wing orthodoxy that have marked his career in the state Senate, to which he was elected in 2014.

As Nick Fouriezos explained in a 2017 profile in the online magazine Ozy, Lindstrom has also backed workplace protections for LGBTQ people and voted to override term-limited Gov. Pete Ricketts’ veto of a gas tax. Most notably, Lindstrom was the crucial vote to repeal the death penalty in Nebraska during his first year in office, a decision that prompted at least one death threat. The effort was ultimately for naught, though, as Ricketts and his allies later successfully promoted a ballot measure to reinstate capital punishment.

OHIO 11TH CD — The conservative Washington Free Beacon, which seems eager to stir up some shit in the midst of a contentious Democratic primary, is touting a new survey from Republican pollster TargetPoint Consulting that shows former state Sen. Nina Turner and Cuyahoga County Councilwoman Shontel Brown tied at 33 apiece and approximately a quarter of voters undecided.

The Free Beacon’s writeup is replete with cues about its intentions here—it calls Turner “the Bernie Sanders-endorsed socialist” (she doesn’t identify as a socialist), and describes the race as a “battle between the Democratic Party’s left and far-left wings.” But the biggest tell is in TargetPoint’s questionnaire, which starts one question (after the horserace matchup, at least) by flatly asserting, “Nina Turner will not be a reliable voice to work with President Biden and help pass his agenda in Congress.”

And for what it’s worth, even Brown’s own internal polling, which is the only other recent data we have, doesn’t show a race this close: A survey she released earlier this week had Turner up 43-36. So consider the Free Beacon’s poll with all the skepticism it deserves—which is to say, a lot.

OREGON 5TH CD — Former Happy Valley Mayor Lori Chavez-DeRemer has launched a campaign for Oregon’s 5th Congressional District, making her the second notable Republican in the race after Army veteran Nate Sandvig. Chavez-DeRemer’s announcement appears to have earned almost no media coverage, but in a tweet, the Oregonian’s Jeff Mapes notes that she’s lost “two well-funded races” for the state House. Those losses came against the same opponent, Democrat Janelle Bynum, in both 2016 and 2018, the first in a 51-49 defeat in an open-seat race and the second a wider 54-46 loss in a rematch.

The 5th is currently held by Democratic Rep. Kurt Schrader, but its contours could shift in redistricting, particularly because Oregon will be adding a new sixth seat.

PENNSYLVANIA 18TH CD — Politico’s Ally Mutnick notes that veteran Democratic Rep. Mike Doyle reported raising just $58,000 in the second quarter of the year, on the heels of a mere $21,000 first-quarter haul—low numbers that could presage a retirement. What’s more, as Mutnick points out, Doyle’s 2020 primary opponent, law professor Jerry Dickinson, pulled in a considerably larger $211,000 during the second quarter—almost as much as he raised for his entire campaign last cycle. Dickinson lost 67-33 last year but announced in April that he’d seek a rematch.

Doyle, 67, is the longest-serving member of Pennsylvania’s congressional delegation, having represented the Pittsburgh area since first winning a seat held by none other than Rick Santorum in 1994. (Remarkably, Democrats flipped four open GOP House seats that year, despite the Gingrich landslide, though Santorum of course won a race for the Senate.) Now numbered the 18th, Doyle’s district has always been solidly blue and will likely remain so after redistricting, though the congressman has yet to say whether he’ll seek re-election.

VIRGINIA 10TH CD — Prince William County Supervisor Jeanine Lawson has announced a challenge to Democratic Rep. Jennifer Wexton in Virginia’s 10th Congressional District, making her the first notable Republican in the race. Lawson would need an exceptionally favorable political environment to make the contest competitive, though: While the 10th District was once a Republican stronghold, it has all but abandoned the GOP, like much of the rest of Northern Virginia. Wexton easily won re-election last year after unseating Republican Rep. Barbara Comstock in 2018, and Joe Biden carried the district by a wide 59-40 margin.

In Cuba’s historic uprisings, Florida Democrats see what many are calling a “golden opportunity”: a chance for President Joe Biden to help bring democracy to the island and, as a result, attract the Hispanic voters that he hemorrhaged eight months ago, Politico reports.

Said state Sen. Annette Taddeo, a Democrat who represents a district that Trump won: “This is a ‘Mr. Gorbachev, tear down this wall!’ opportunity.”

Meredith Conroy and Perry Bacon Jr.: “The broader finding here is clear: White Democrats — definitely before Floyd was killed but most likely afterward too — are more circumspect about ideas promoting racial equality that might be disruptive to the status quo for white people.”

“You should be skeptical of stories that suggest white Democrats are very ‘woke’ on policy matters of substance, or even more concerned about racial inequality than Black Americans are.”

“That doesn’t seem true — at least not yet, whether you are reading polls or visiting a public school.”