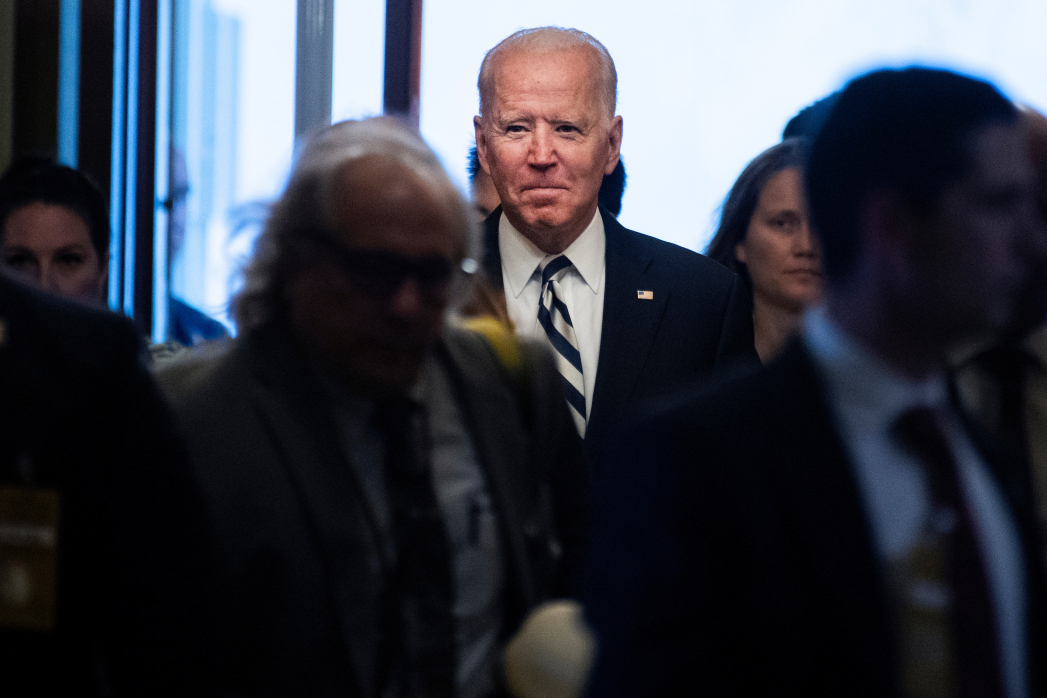 “A federal judge in Texas has largely halted an Obama administration initiative that grants work permits and protection from deportation to undocumented immigrants brought to the United States as children, though he allowed the more than 600,000 young people already in the program to keep their protected status,” the Washington Post reports.

“U.S. District Judge Andrew Hanen, a Republican appointee, sided with Texas and other states in his ruling that President Barack Obama (D) overstepped his executive authority when he created the program in 2012.”

President Biden criticized social media platforms like Facebook for spreading misinformation about the coronavirus and vaccines, as his administration has blamed them for stalling U.S. vaccine rates, NBC News  reports.

Said Cox: “We have these — these talking heads who have gotten the vaccine and are telling other people not to get the vaccine. That kind of stuff is just, it’s ridiculous. It’s dangerous, it’s damaging, and it’s killing people. I mean, it’s literally killing their supporters. And that makes no sense to me.”

Bloomberg: “For the month of June, coronavirus was responsible for 337 deaths a day. For comparison, the historic average deaths from gunshots, car crashes and complications from the flu add up to 306 a day.”

French president Emmanuel Macron announced on Monday that a proof of vaccination would soon be needed for citizens to access restaurants, cafes, cinemas, train stations, airports and public events. Since then, more than 2.2 million vaccination appointments have been booked in less than 48 hours.

Enough of the coddling of the Ignorant yet Arrogant.

Former President Donald Trump said in a statement that if General Mark Milley said what was reported — that he felt Trump might stage a coup after he lost the election— “perhaps he should be impeached, or court-martialed and tried.”Of course, generals are not impeached, unlike Trump, who was impeached twice.

“The pandemic has pushed global government debt to the highest level since World War II, surpassing the world’s annual economic output. Governments, especially in rich countries, are borrowing still more, partly to erase the damage of Covid-19,” the Wall Street Journal reports.  “Advocates say the spending, also encouraged by new economic thinking about debt, could usher in a period of robust global growth, reversing the malaise many wealthy countries have felt this century. But if those theories are off-base, the world could be saddled with debts that can be absorbed only via inflation, high taxes or even default.”

“The Justice Department sought the email records of three Washington Post reporters the day before William P. Barr stepped down as attorney general in a last-ditch effort to identify who had told the newspaper about conversations between Trump campaign officials and the Russian ambassador,” the New York Times reports.

“A federal court on threw out the defamation lawsuit filed by Roy Moore, Alabama’s former chief justice, against comedian Sacha Baron Cohen,” Politico reports.  “Moore, who served twice in his role on the Alabama Supreme Court and was twice removed from the position, sued Baron Cohen after Moore was interviewed under the pretense that he would receive an award for his support of Israel. Baron Cohen pretended to be an Israeli anti-terrorism expert and claimed he had technology that would show whether Moore was a pedophile — a reference to sexual misconduct allegations against Moore.”

“A divided federal appeals court on Tuesday held that the federal government may not bar federally licensed gun dealers from selling handguns to law-abiding citizens under 21 years old, potentially setting up the issue for the U.S. Supreme Court to decide,” the Wall Street Journal reports.

“A record number of migrants arrived at the southwestern border last month, a slight uptick from May and a sign that the surge this year may extend into the hotter summer months when numbers typically start dropping,” the New York Times reports.

“Texas Land Commissioner George P. Bush has filed a lawsuit against the Biden administration, claiming the president is illegally preventing the construction of a wall on the Texas-Mexico border,” the Texas Tribune reports.

With no evidence, Sen. Ted Cruz (R-TX) blamed rising COVID-19 infection rates in South Texas as a “direct result of illegal aliens being released into communities.”

Maine became the first state in the nation to require companies that create consumer packaging to pay for the costs of recycling it when Gov. Janet Mills (D) signed a bill establishing an “extended producer responsibility” program, the Washington Post reports.  The legislation will charge large packaging producers for collecting and recycling cardboard boxes, plastic containers and other packaging materials, as well as for disposing of nonrecyclable packaging.

“Virginia Gov. Ralph Northam (D) announced Friday that the commonwealth will invest $700 million of federal funds to provide universal broadband to its residents by 2024,” CNBC reports.

“The plan is the most comprehensive and firm commitment of any state to reach such a goal on that time frame.”

“An Idaho man photographed hanging from the Senate balcony and sitting in the presiding officer’s chair in the Jan. 6 Capitol riot pleaded guilty Wednesday to felony obstruction of Congress, admitting to joining a group who came to Washington armed with firearms, knives and body armor to support President Donald Trump,” the Washington Post reports.  “Josiah Colt, 34, became the latest defendant to agree to cooperate in the breach investigation, seeking to pare down a possible recommended five-year prison sentence.”

“The Justice Department is facing a decision over whether to help insulate Rep. Mo Brooks (R-AL) from a civil lawsuit claiming the Alabama Republican was among those responsible for inciting a mob to storm the Capitol on January 6,” The Hill reports.  “How the DOJ answers the legal argument from Brooks, who asked Justice to intervene in the case, could affect former President Trump, who is a defendant in the same court battle.”