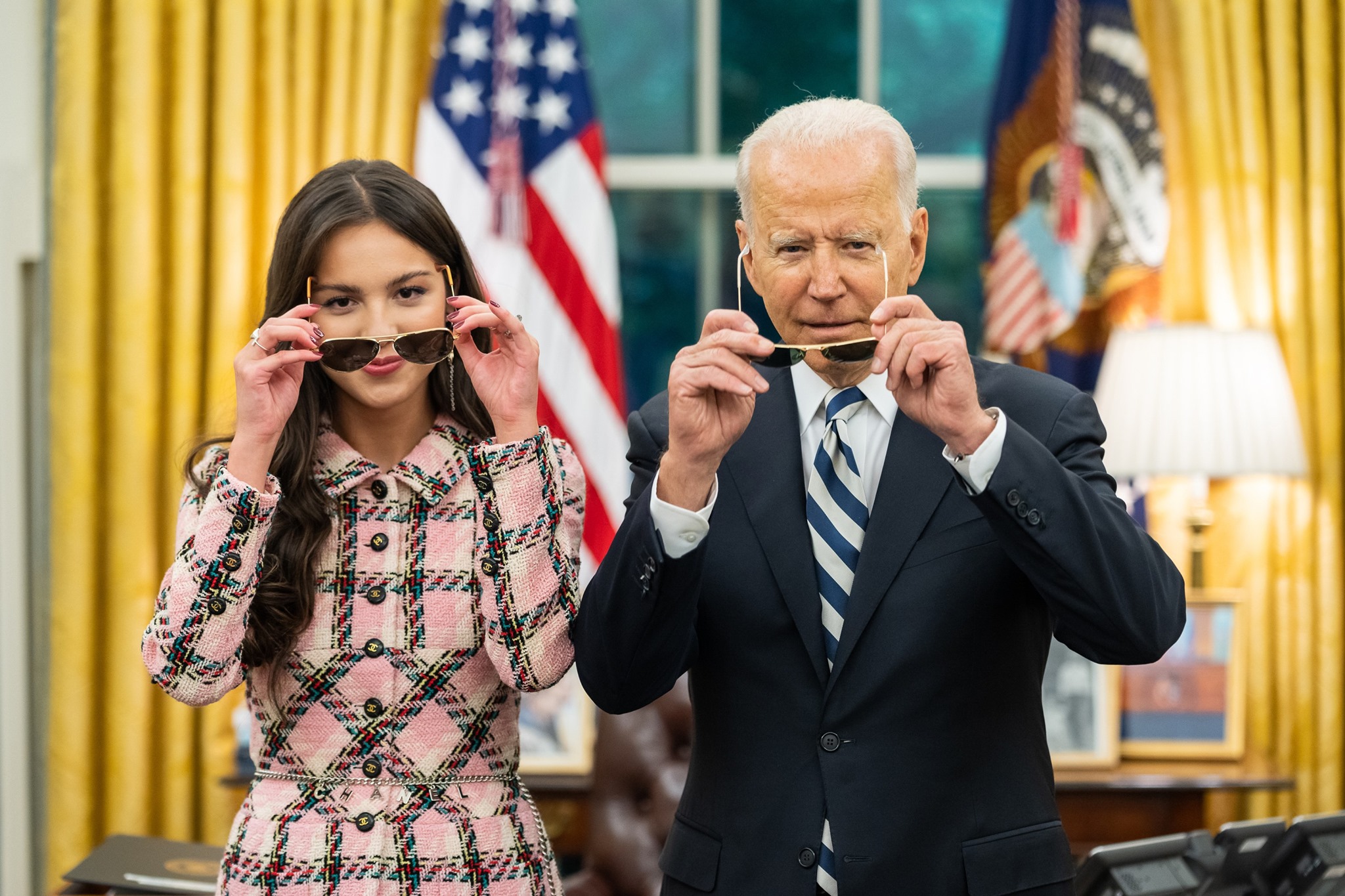 A new Gallup poll finds 64% of U.S. adults say they have “a great deal” or “quite a lot” of confidence in science, compared with 70% when Gallup last measured it more than four decades ago.

Confidence in science is falling among Republicans despite the success of the coronavirus vaccines — perhaps the greatest scientific advance of our lifetimes.

New York Times: “The single biggest advertiser in Facebook’s political advertising database in recent months is not President Biden, the Democratic or Republican parties or even any of the hundreds of candidates angling for advantage in the 2022 midterms. Instead, it is an obscure mortgage-related firm, Lower My Bills, which in an earlier internet era was best known for its omnipresent — if ostentatious — banner ads featuring dogs in goggles, dancing cowboys and strange green aliens that had little to do with interest rates.”

“Now, the firm is spending millions of dollars on ads featuring headlines like ‘Biden is on a roll’ as it pursues clicks it can convert into new customers. Some of the ads feature an animated likeness of Mr. Biden in a suit; others have the president in flip-flops and a Hawaiian shirt while hula hooping on the beach.”

“Over the past 90 days, Lower My Bills has spent more than $10 million … After being contacted by The New York Times, Lower My Bills began running at least two new Trump-related ads this week on Facebook.”

“The Senate Democrats’ political arm is taking a more cautious approach to upcoming contested primaries, opting to wait and see how key races shake out before making endorsements of their preferred candidates,” McClatchy reports.

“After facing criticism for hand-picking candidates at the outset of intraparty battles in recent years, the Democratic Senatorial Campaign Committee has yet to endorse a non-incumbent running for Senate in 2022, though it hasn’t ruled out that possibility.”

Playbook: “It’s fair to wonder whether Caitlyn Jenner is running for governor of California or filming another reality show. Well, it turns out she’s doing a little bit of both. Jenner is showing up at campaign events and rallies with a film crew like famous candidates often do — but she’s also brought the crew to an interview with Sean Hannity and to an appearance at CPAC.”

“Looking ahead to life after the trail, Jenner has been paying them to collect footage of her time running for office. And after the campaign she can do whatever she wants with it — sell it to Netflix for a documentary, perhaps, or to E! for another Kardashian reality series.”

Caitlyn Jenner paused her campaign for California governor to fly to Australia to film the new season of Celebrity Big Brother, the Advertiser reports.

CNN: “The steady stream of schmoozing by top Republicans and the groundswell of grassroots support suggest that, six months after the deadly insurrection at the Capitol, Trump still maintains an iron-like grip on the GOP and there are zero signs of that loosening anytime soon — even amid a damning drip of revelations about his conduct during his final months in office.”

“And with Republicans counting on Trump to be a crucial pillar of their efforts to reclaim the House majority next year, both in terms of fundraising and turnout, they are eager to stay in his good graces and reluctant to damage or provoke the mercurial ex-President over the next 16 months — especially as the January 6 probe heats up, which Trump will undoubtedly be keeping a close eye on.”

“The campaign committee for Rep. Matt Gaetz (R-FL) has enlisted a crew of prominent Trumpworld figures as he seeks re-election amid scandal and possible legal jeopardy,” Axios reports.

“For a Republican in a party still dominated by the former president, little conduct could surpass fealty to Donald Trump in the minds of GOP voters. Newly released financial records show Gaetz, a steadfast ally of the former president, is leaning into that reputation amid scrutiny of his personal life.”

With second-quarter FEC filings mostly in, here’s a quick look at how much cash incumbent senators in competitive races have in their bank accounts:

Of course, the race that sticks out is Ron Johnson’s in Wisconsin. That’s not a lot of money on hand for what promises to be a very tough fight in a true battleground state. And since Johnson has not formally announced that he’ll run for re-election, that figure suggests he’s leaning against it. It’s probably not a coincidence that the Cook Political Report moved the race rating to Toss Up this morning.

A new focus group run by Engagious/Schlesinger found that just 2 voters out of 11 were aware a group of senators had reached a bipartisan infrastructure compromise.  Only one person had heard of J.D. Vance.

For the first time since Joe Biden took the oath of office, COVID-19 cases are now rising in all 50 states. Our experience from last year suggests it could get even worse in the fall and winter as people move indoors. At the same time, the Delta variant has proven highly infectious and a large swath of the population is still refusing vaccination.

It’s too early to predict how this plays out politically but focusing on the large segment of the population that resists vaccines is only part of the story.

There’s another big part of the population — those that are vaccinated — that are increasingly furious with the unvaccinated. This anger will only grow if there are new lock downs, school closures and other restrictions.

“Cuomo, who has scrapped repeatedly with incumbent Bill de Blasio, made hopeful noises about collaborating with Adams.”

Politico: “Trump remains the clear leader of the party. If he decided to run again for president in a crowded 2024 primary field, he would get roughly half of the vote, with DeSantis in a distant second place at 19 percent, according to a new survey of GOP voters from veteran Republican pollster Tony Fabrizio.”

“Without Trump running, the poll shows DeSantis gets 39 percent of the theoretical GOP primary vote and Mike Pence is at 15 percent.”

Washington Examiner: “Sununu, the GOP’s coveted 46-year-old recruit, is undecided about mounting a 2022 bid after three successful gubernatorial campaigns in just four years (New Hampshire still limits its chief executive to two-year terms.) But gradually, Sununu is dipping his toes into the national political waters and feeling out a race against Hassan, suggesting however much the governor might legitimately ‘hate’ Washington, waging the potentially decisive battle for control of an evenly divided Senate intrigues him.”

“McCarthy gets criticized by Democrats over his record on legislation, as well as his interaction with former President Donald Trump before, during and after the Jan. 6 attack on the Capitol.”

“But McCarthy also knows how to raise money, which is a key component of winning elections. And it’s a sign that whatever Democrats say, GOP donors are giving to McCarthy like he could be speaker in 2023.”