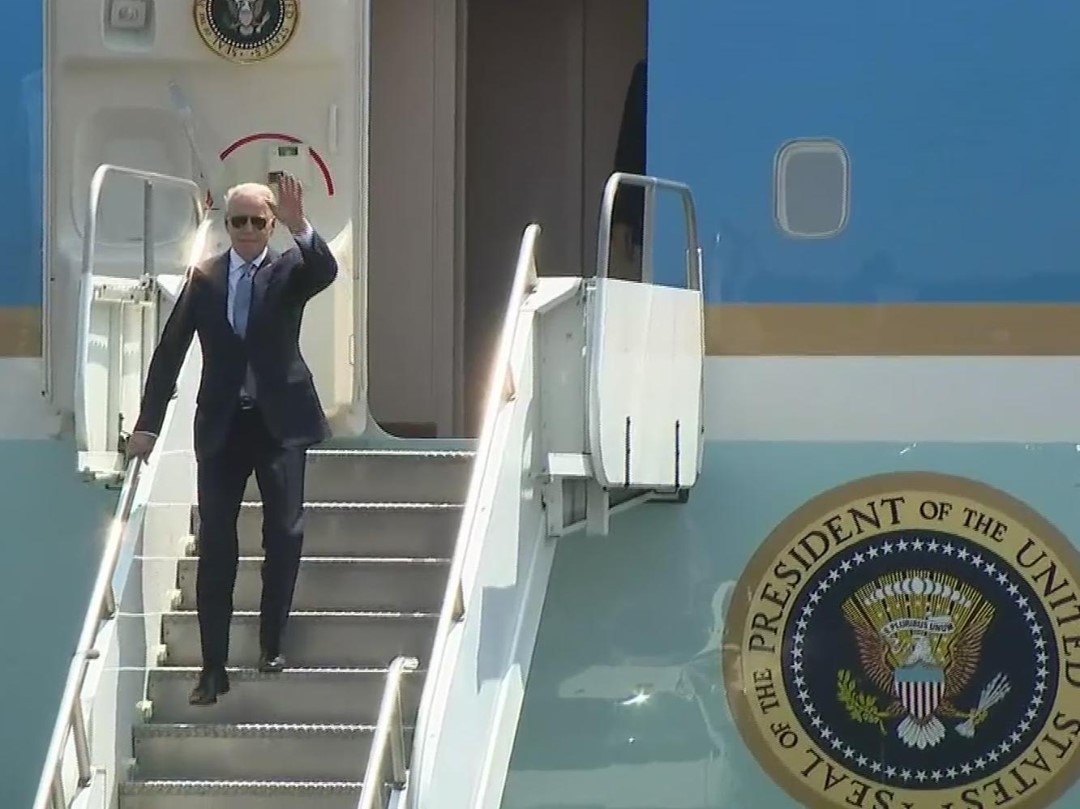 Though Donald Trump and Joe Biden don’t have much in common, both have shared tremendous support from voters in their own party. Both men hold approval rates of more than 90% from their partisans.

Biden may be less polarizing than Trump, that hasn’t changed the intense partisanship shown in his approval ratings. Republicans dislike Biden as much as Democrats disliked Trump. What they don’t have in common — and something to watch for as we approach the midterm elections — is that Biden is much stronger among independent voters.

A recent Washington Post-ABC News poll showed Biden with a 45% to 43% approval among independents. On first look that’s not great, but it’s significantly better than where Trump was in June 2017 when a Gallup poll found just 31% of independents approved of him.

And as Amy Walter notes, it’s cratering approval with independent voters that has marked a disastrous mid-term election for the last three presidents:

The challenge for Democrats is to make sure intense opposition to Biden is confined to Republican voters — and doesn’t make its way to independents.

“We’re going to face another test in 2022: a new wave of unprecedented voter suppression, and raw and sustained election subversion. We have to prepare now.” — President Biden, quoted by NBC News.

NEW JERSEY 7TH CD — State Senate Minority Leader Tom Kean Jr. kicked off his long-awaited rematch against Democratic Tom Malinowski on Wednesday accompanied by his counterpart in the U.S. House, Kevin McCarthy. Malinowski won his second term in a very expensive race last year by fending off Kean 51-49 as Joe Biden was taking this North Jersey seat, which was red turf before the Trump era, by a wide 54-44 margin.

The presence of McCarthy represents a shift in tactics for Kean, an ardent party loyalist who in the past has tried to associate himself with more moderate Republicans like his father and namesake, former Gov. Tom Kean Sr., instead of far-right conservatives similar to McCarthy. Indeed, one unnamed party official remarked to NorthJersey.com that “the leading inclusive family in New Jersey is supporting the guy who is a defender of Trump and ‘Stop The Steal.'”

IOWA U.S. SENATOR / 4TH CD — ​​J.D. Scholten, who was the Democratic nominee for the 4th Congressional District in 2018 and 2020, said Tuesday that he would not run for anything this cycle and would instead focus on helping Democrats win in rural areas.

PENNSYLVANIA U.S. SENATOR — Republican Rep. Brian Fitzpatrick told the Philadelphia Inquirer at the start of July that he wasn’t ruling out a Senate bid, though he didn’t sound very likely to go for it. The congressman, in the words of reporter Jonathan Tamari, said that he would “never say never.” Fitzpatrick added, though, “I haven’t been actively going down that road.”

UTAH U.S. SENATOR — President Joe Biden announced Tuesday that he was nominating former Arizona Sen. Jeff Flake to serve as ambassador to Turkey, a development that ends whatever small chance there was that Flake could challenge Sen. Mike Lee in Utah’s Republican primary. Longtime political watchers Frank Pignanelli and LaVarr Webb relayed in late March that Flake was “receiving pressure to run” against Lee and was “spending a great deal of time in Utah.”.

GEORGIA GOVERNOR — The Atlanta Journal-Constitution reports that wealthy businessman Ames Barnett, who is a former mayor of the small community of Washington, is “moving closer to a Republican primary challenge against Gov. Brian Kemp,” though Barnett himself has yet to express interest publicly.

The AJC also notes that Barnett was the subject of a 2011 Washington Post article highlighting the bitter racial divisions in this rural city that noted how then-City Council member Barnett was “designing a replica of the mansion in Mississippi where Jefferson Davis had lived the last decade of his life.” A more recent issue for Barnett is his 2014 tie-breaking vote to stop funding the police department in the face of city budget problems.

NEBRASKA GOVERNOR — Republican state Sen. Brett Lindstrom has a “Special Announcement” set for Thursday evening, and News Channel Nebraska reports that he’s “expected” to use the event to launch a campaign for governor.

“In those newly uncovered tweets, Mastriano also promoted Pizzagate, a conspiracy theory that, like QAnon, has resulted in violence.”

VIRGINIA 7TH CD — Taylor Keeney, who does strategic communications for the lobbying firm Hunton Andrews Kurth, announced Tuesday that she would seek the Republican nod to take on Democratic Rep. Abigail Spanberger. Keeney is a former press secretary for Bob McDonnell, who is Virginia’s most recent Republican governor, and she also runs a nonprofit.

The current version of this seat takes up historically Republican turf in the Richmond suburbs that shifted hard to the left during the Trump era. Spanberger herself was elected during the 2018 blue wave, and she earned her second term 51-49 as the constituency was swinging from 50-44 Trump to 50-49 Biden. Virginia’s new maps will be drawn by a bipartisan redistricting commission for the first time, though, so it’s anyone’s guess how competitive this seat will be when the process is finished.

The only notable Republican candidate who has officially launched a campaign here is Tina Ramirez, who ran for this seat in 2020 but was eliminated in the party convention. The Virginia Scope also mentions state Del. John McGuire, who lost that convention as well, and far-right state Sen. Amanda Chase, who unsuccessfully ran for governor this year, as potential candidates.

WISCONSIN ATTORNEY GENERAL / U.S. SENATOR — While there was some speculation last year that state Attorney General Josh Kaul could run for the Senate, the Democrat announced over the weekend that he would seek re-election as the top lawyer for this swing state.

Kaul’s 49.4-48.8 victory over incumbent Brad Schimel in 2018 made him the Badger State’s first Democratic attorney general since his late mother, Peg Lautenschlager, left office following her 2006 primary defeat, and Team Red very badly wants to take this office back. The GOP primary is currently a duel between Fond du Lac County District Attorney Eric Toney and Ryan Owens, a professor at the University of Wisconsin-Madison.

OHIO 11TH CD — In her new ad ahead of the Aug. 3 Democratic primary, Cuyahoga County Councilwoman Shontel Brown talks about her relief that Joe Biden unseated Donald Trump and declares, “Some just want to attack Joe Biden and Kamala Harris. Frankly, I’m sick of it.” Brown does not mention former state Sen. Nina Turner, who has been on the receiving end of outside group ads going after her past criticisms of Joe Biden.