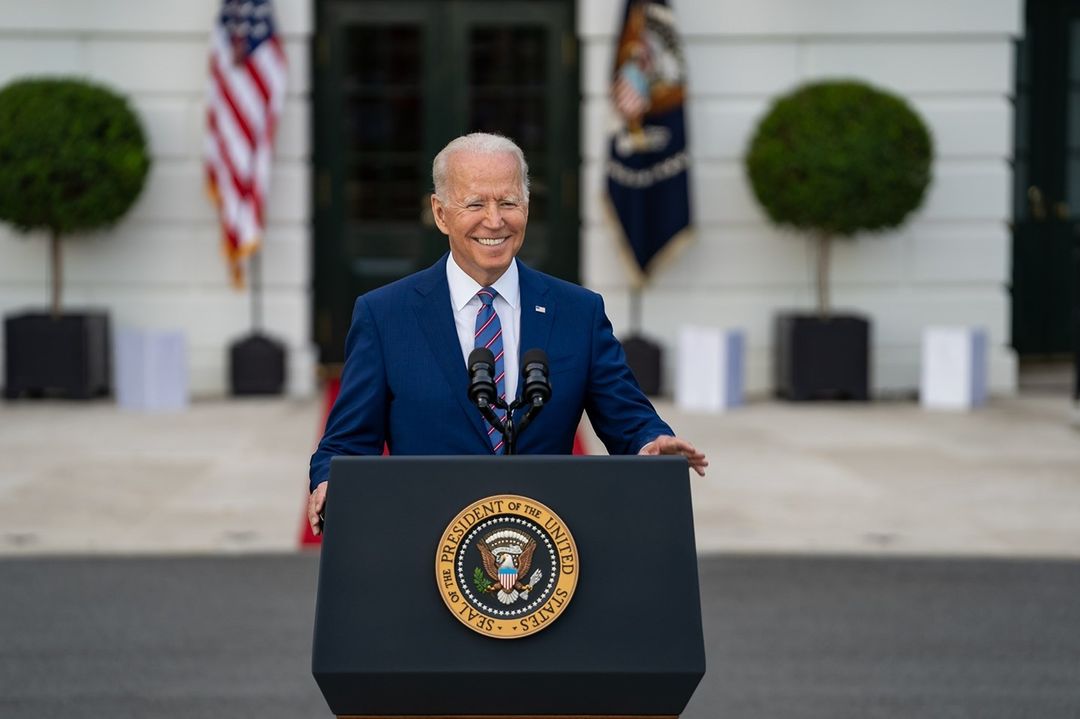 “Former President Donald Trump handily won the straw poll at the Conservative Political Action Conference on Sunday as attendees said they would overwhelmingly like to see him run for another term in the White House in 2024,” the HuffPost reports.

“The poll, a hypothetical survey asking respondents who they would vote for in the Republican primary if it were held today, saw Trump win 70% of the votes. Florida Gov. Ron DeSantis (R) came in second with 21% of the votes. A smattering of other contenders all garnered about 1% each, including Sens. Rand Paul (R-KY) and Ted Cruz (R-TX), former Secretary of State Mike Pompeo and South Dakota Gov. Kristi Noem.”

“Tshibaka’s endorsement was approved by the committee in a 58-17 vote.”

DESANTIS 2024 — Associated Press: “DeSantis has often taken his cues from Trump. But as he prepares for a reelection bid next year that could propel him into a presidential campaign, the tragedy in Surfside is exposing voters to a different side of the governor. He’s still the conservative populist who rarely parts with Trump. But unlike the former president, DeSantis is showing that he can tone down some of his most extreme partisan rhetoric during a disaster.”

“If DeSantis’ popularity rises and he threatens Trump’s status as the undisputed leader of the party, many Republicans privately expect Trump to turn on the governor.”

DEMS 2022 — “Pursuing a bipartisan infrastructure deal and trumpeting a revived economy and progress against the pandemic, President Biden is trying to persuade the nation that Democrats are the party that gets things done. His message is aimed at holding on to a set of voters in next year’s midterms who could determine the fate of his agenda: suburbanites who abandoned former President Donald Trump in droves,” the New York Times reports.

“More than any other group, those independent-minded voters put Mr. Biden in the White House. Whether they remain in the Democratic coalition is the most urgent question facing the party as it tries to keep its razor-thin advantage in the House and the Senate next year.”

NOEM 2024 — “South Dakota Gov. Kristi Noem questioned the grit and instinct of fellow GOP governors who enacted Covid-19 measures like mask mandates and business closures to stop the spread of the virus… The state had 14,090 cases per 100,000 people, ranking South Dakota with the third highest rate in the nation,” CNN reports.

“Her comments Sunday were a shot across the bow from Noem as she positions herself in a field that has been essentially frozen by former President Donald Trump, who is teasing another run for his former office as he falsely claims that his 2020 contest with Joe Biden was rigged. Noem, who was greeted with a standing ovation at CPAC hours before Trump was slated to speak Sunday, has been defined in part by her intense loyalty to Trump.”

TEXAS SPECIAL SESSION — Texas Tribune: “A Texas House committee voted early Sunday morning to advance a revived GOP-backed bill that would bring back many of the proposals that failed to pass in the spring. A panel of Senate lawmakers followed suit later in the day … The votes from the Republican-majority committees put the bills on a path to be voted on by the full chamber this week.”

ARIZONA U.S. SENATOR — Thiel Capital chief operating officer Blake Masters has filed paperwork with the FEC ahead of a possible GOP bid for Arizona’s Senate seat next year. If Masters were to join the race, he’d benefit from the largess of his boss, right-wing tech billionaire Peter Thiel, who dumped $10 million into a super PAC to support him earlier this year. (Thiel also invested this same amount into another group to aid another one of his Republican acolytes, J.D. Vance, who launched a Senate bid in Ohio earlier this month.)

Sen. Raphael Warnock (D-GA) “raised $7 million from April through the end of June, setting what his campaign on Friday called a record for statewide candidates in Georgia,” the Atlanta Journal-Constitution reports.

“The voting rights group Stacey Abrams founded after losing the 2018 election to Gov. Brian Kemp, Fair Fight, reported Thursday that it has raised another $6 million in the past five months,” the Atlanta Journal Constitution reports.

TEXAS GOVERNOR — Republican Gov. Greg Abbott has dusted off a mid-June internal from Public Opinion Strategies that shows him in strong shape for both renomination and in the general.

The survey finds that 69% of primary voters favor Abbott, while former state party chair Allen West is a distant second with 13%. (West announced his bid early this month after this poll was completed.) Another 3% favor Abbott’s other intra-party foe, former state Sen. Don Huffines, while that same percentage went for state Agriculture Commissioner Sid Miller, who has since said that he won’t run.

CALIFORNIA 50TH CD — Former Marine prosecutor Joseph Rocha announced Wednesday that he would campaign as a Democrat against Rep. Darrell Issa, a veteran Republican who returned to Congress after a two-year absence by winning this inland San Diego County seat last year.

The current version of the 50th District backed Donald Trump 53-45, which was a sizable drop from his 55-40 performance four years ago but still a tough margin for Team Blue. Issa, who retired from the considerably more Democratic 49th District ahead of the 2018 wave, won his new constituency by a similar 54-46 spread after an expensive general election.

ILLINOIS 17TH CD — Rockford Mayor Tom McNamara has confirmed that he’s thinking of running to succeed his fellow Democrat, retiring Rep. Cheri Bustos. No major Democrats have so far entered the race for what is currently a 50-48 Trump seat in northwestern Illinois, a constituency that could look quite different after legislative Democrats finish with redistricting. On the GOP side, 2020 nominee Esther Joy King is currently the only notable contender running.

KANSAS 3RD CD — Republican Rep. Chris Croft said Thursday that he would run for re-election rather than take on Democratic Rep. Sharice Davids. Croft will still have an impact on this race, though, as he chairs the state House redistricting committee. This suburban Kansas City seat favored Joe Biden 54-44, but legislative Republicans have the numbers necessary to pass a gerrymander over Democratic Gov. Laura Kelly’s veto.

OHIO 11TH CD — Former state Sen. Nina Turner is out with a new ad where she pushes back on the perception that she has been too critical of the Democratic Party. Turner says of her Aug. 3 primary opponent, “Shontel Brown and her out of state special interests are not telling the truth. I’ve spent my career fighting for the Democratic Party.”

A voiceover later claims that Shontel Brown, who is a member of the Cuyahoga County Council, is running a “negative campaign.” The spot also notes the Cleveland Plain Dealer’s endorsement of Turner, which also referred to Brown’s time on the body as “undistinguished.”