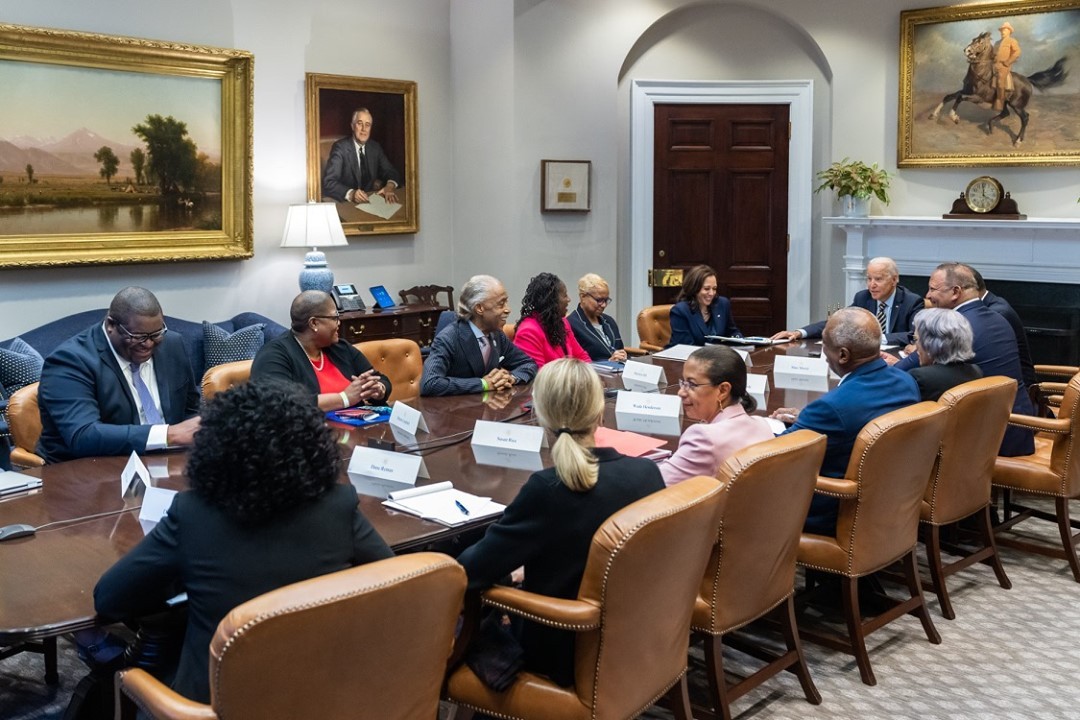 “President Biden on Friday fired Social Security Commissioner Andrew Saul, a holdover from the Trump administration who had alienated crucial Democratic constituencies with policies designed to clamp down benefits and an uncompromising anti-union stance,” the Washington Post reports.

“Saul was fired after refusing a request to resign.”

“President Biden warned President Vladimir Putin of Russia on Friday that time was running out for him to rein in the ransomware groups striking the United States, telegraphing that this could be Mr. Putin’s final chance to take action on Russia’s harboring of cybercriminals before the United States moved to dismantle the threat,” the New York Times reports.

“In Mr. Biden’s starkest warning yet, he conveyed in a phone call to Mr. Putin that the attacks would no longer be treated only as criminal acts, but as national security threats — and thus may provoke a far more severe response… It is a rationale that has echoes of the legal justification used by the United States and other nations when they cross inside another country’s borders to rout terrorist groups or drug cartels.”

Time for a EMP detonation 2 miles above St. Petersburg.

“A key selling point of the 2017 Tax Cuts and Jobs Act was that it would discourage multinational corporations from funneling billions in profits to offshore tax havens, bringing that money back to the U.S. where it could create jobs and boost economic growth,” CBS News reports.  “But a recent analysis concludes that the tax overhaul failed to stem the flow of corporate earnings overseas.”

“Jacob Zuma, the former president of South Africa, was taken to prison on Wednesday to begin serving a 15-month sentence, capping a stunning downfall for a once-lauded freedom fighter who battled the apartheid regime alongside Nelson Mandela,” the New York Times reports.

“Under Mr. Zuma, who was forced to step down, the extent of crony corruption within the governing African National Congress Party became clear, turning a once heralded liberation movement into a vehicle of self-enrichment for many officials. The corruption led to the gutting of the nation’s tax agency, sweetheart business contracts and rivals gunned down in a scramble for wealth and power.”

“Allen West’s final days as Texas GOP chairman are ending with an explosion of the kind of intraparty drama he has become known for throughout his tenure,” the Texas Tribune reports.  “On Wednesday, long-simmering tensions between West and the party’s vice chair, Cat Parks, boiled over as he called her a ‘cancer’ and ‘delusional and apparently deranged’ amid a dispute over a party committee project. Parks is a cancer survivor.”

Sen. Ron Johnson (R-WI) insisted again last week that he is not a climate change denier, but there’s video of him from just weeks earlier telling a Republican group that it is “bullshit,” CNN reports.

Damon Linker: “American polarization is happening much less asymmetrically than many Democrats would like to believe — and that on certain issues wrapped up with the culture war, Democrats have moved further and faster to the left than Republicans have moved to the right. This has been obscured by a greater embrace of brinksmanship on the right, from willingness a decade ago to shut down the government and risk default on the debt to Trump’s thoroughly reckless mendacity surrounding the 2020 election.”

“Making progressive politics a little bit less about public displays of righteousness might help to encourage Democrats to choose their battles more wisely — and so also somewhat less inclined to pick fights with the right on immigration and abortion and guns and religious issues all at once. Maybe waging one or two culture-war battles while displaying intentional moderation on a few others would do much greater good — by giving Democrats a modest electoral boost in a sharply divided country — than taking bold moral stands on all of them and confirming the right’s most paranoid claims about progressives ambitions.”

“Since taking office, the administration has eagerly embraced visa bans as a means to punish bad actors overseas for everything from alleged corruption to human rights abuses. And thanks to steps taken by Congress in recent years, the administration is better able to publicize what previously would have been confidential visa decisions,” Politico reports.

“What makes the visa bans extra potent … is that they can be — and often automatically are — applied to the primary target’s immediate family. As a result, officials hope would-be perpetrators will think twice about making a bad move if a spouse or a child could pay a price.”

The Bipartisan Policy Center said it’s facing uncertainty in predicting how long the Treasury Department will be able to continue paying the nation’s bills after the current debt limit suspension expires at the end of the month, Roll Call reports.

“COVID-19 relief disbursements and the pace of economic recovery are hampering the organization’s usual, more specific predictions. The ambiguity of predicting the default date could add urgency to congressional negotiations on suspending or raising the debt limit before lawmakers in both chambers leave Washington for the August recess.”

CNBC: The debt ceiling deadline is the end of July — Democrats have options, but no clear plan yet.

President Joe Biden will direct the FDA “to work with states on developing a plan to import cheaper versions of prescription drugs from Canada, a controversial move that fizzled under the Trump administration,” the Washington Examiner reports.

Jonathan Last: “In order for us to hit a constitutional crisis that wrecks our democracy, only a few things have to happen, none of which are super-low-probability events. If I were laying odds, I’d guess that the near-term chances of us hitting a second consecutive transfer of power crisis are probably a coin-flip.”

“Arkansas Gov. Asa Hutchinson, a Republican whose state is struggling with a resurgence in coronavirus cases and lagging vaccinations, called combatting vaccine resistance a priority as he took over as head of the National Governors Association,” the Associated Press reports.