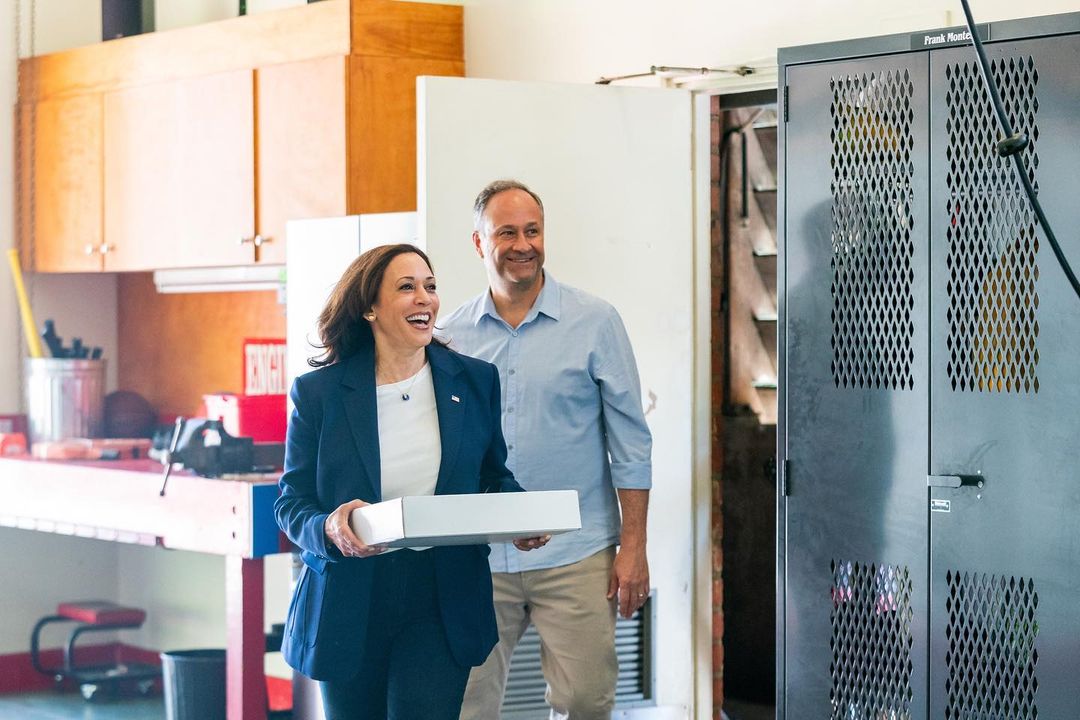 A new Washington Post-ABC News poll finds 93% of Democrats said they’ve either received a coronavirus vaccine or plan to, while just 49% of Republicans said the same.

Jonathan Bernstein: “It doesn’t matter much politically that Republicans aren’t prepared to govern. For the most part, out-parties just don’t matter much during mid-term elections or when there’s an incumbent president seeking re-election. But the evidence for that is based on normal parties in normal election years, and there are at least two ways that Republicans may be risking disaster.”

“One is about candidates. We’ve seen Republicans lose elections they could have won by nominating fringe candidates. It’s still unlikely, but certainly possible, that they could wind up with another round of that in 2022 and 2024 — or that otherwise generic or better candidates could turn themselves into fringers by spending more effort trying to impress Trump than appealing to actual voters. Trump’s nomination endorsements are a key wild card. At times they’ve seemed strategic, with Trump picking good general-election candidates and backing ones who were going to win anyway. But at times he’s seemed arbitrary, choosing the best flatterer or otherwise undermining the party’s interests.”

“The other risk is that the party could wind up incapable of running a regular campaign because its feels obliged to follow whatever Trump says, rather than what’s popular in their districts — that at worst, Republicans run on contesting the 2020 election. Perhaps that still would make little difference, and Biden’s popularity will be more important than whatever the out-party says. We can’t be sure that evidence from previous elections applies, because nothing like that has ever happened.”

Rep. Tim Ryan (D-OH) has raised nearly $2.3 million since launching his Senate bid in April, The Hill reports. “The vast majority of contributions to Ryan’s Senate campaign — 96% — were under $100.”

COLORADO GOVERNOR — The Democratic firm Global Strategy Group has released a survey for ProgressNow Colorado that finds Democratic incumbent Jared Polis leading University of Colorado Regent Heidi Ganahl 54-34 in a hypothetical general election. Ganahl, who is the only Republican left in statewide office, has not yet entered the race.

KANSAS GOVERNOR — Attorney General Derek Schmidt has publicized endorsements from two of Kansas’ former Republican senators: Bob Dole, who was the 1996 Republican presidential nominee, and Pat Roberts, who retired at the start of this year. Dole had previously supported Schmidt’s intra-party rival, former Gov. Jeff Colyer, in the 2018 primary.

Pennsylvania Gov. Tom Wolf (D) said it is a “disgrace to democracy” that a Republican state lawmaker is trying to launch what he calls a “forensic investigation” of Pennsylvania’s 2020 presidential election, similar to what is happening in Arizona, the Associated Press reports.

“Wolf’s administration has discouraged counties from cooperating, saying they risk decertifying their voting machines and costing taxpayers millions of dollars.”

MAINE GOVERNOR — Former state Sen. Tom Saviello, a Democrat-turned-independent-turned-Republican who backed Democrat Janet Mills in 2018, has acknowledged that he’s considering challenging the incumbent as an independent, but he says he won’t make up his mind until November. That’s because Saviello is currently focused on passing a fall ballot measure that would complicate Central Maine Power’s plan to construct a $1 billion power corridor, a project backed by both Mills and her likely Republican foe, ex-Gov. Paul LePage.

NEW MEXICO GOVERNOR — State Rep. Rebecca Dow announced Wednesday that she would campaign for the Republican nomination to take on Democratic Gov. Michelle Lujan Grisham. Dow is a third-term representative from a seat in the southern part of the state that includes her hometown, Truth and Consequences. (The town famously changed its name from Hot Springs in 1950 in honor of the eponymous radio game show after it won a nationwide contest.)

Dow joins a primary that includes Sandoval County Commissioner Jay Brock and retired Army National Guard Brig. Gen. Greg Zanetti, but any of them would start out as the underdog in what’s become a blue state over the last several years. A recent SurveyUSA poll for KOB-TV Albuquerque also gave Lujan Grisham a 50-32 approval rating.

VIRGINIA GOVERNOR — A new video shows Virginia gubernatorial nominee Glenn Youngkin (R) saying that he has to limit his antiabortion comments for fear of alienating independent voters, but that he would go “on offense” if he wins office and Republicans take a majority in the House of Delegates, the American Independent reports.

FiveThirtyEight: “To be sure, this shift is small — Fox News is still king among Republicans. But the growing popularity of OANN and Newsmax is important: According to our research, Republicans’ stances on certain issues might be better predicted by their television news habits than by whether they identify as conservative, moderate or liberal.”

OHIO U.S. SENATOR — Senate candidate J.D. Vance (R) tried to explain away his about-face on Donald Trump in a Time magazine interview but admitted that he had no choice but to “suck it up” and support the former president. Said Vance: “I’m not just a flip-flopper, I’m a flip-flop-flipper on Trump.”  He called Trump the “the leader of this movement” and that “I need to just suck it up and support him.”

J.D. Vance (R) told NBC News that he isn’t worried that his past criticism of Donald Trump will hurt his chances of winning the Republican nomination for U.S. Senate in Ohio. Vance said that while he believes that Trump “gets a certain kick out of people kissing his ass,” but the former president views those who do as “weak.” He added: “I think that he respects people who can defend themselves, who have their own ideas.”

ALASKA GOVERNOR — “A group seeking Alaska Gov. Mike Dunleavy’s (R) ouster has yet to gather enough signatures to force a recall election, nearly two years after getting started and with just over a year before the 2022 primary,” the Associated Press reports.

OREGON GOVERNOR — Willamette Week reports that Melissa Unger, the executive director of SEIU Local 503, is considering seeking the Democratic nomination for next year’s open seat race. A spokesperson for the union named responded, “Melissa is focused on her current job,” which is far from a no. They added, “At the same time, our union is closely watching the candidate field in the governor’s race. We believe there must be a candidate who is a champion for Oregon’s working families.”

ARIZONA SECRETARY OF STATE — Former Maricopa County Recorder Adrian Fontes confirmed this week that he would run to succeed Secretary of State Katie Hobbs, a fellow Democrat who is running for governor. Fontes joins House Minority Leader Reginald Bolding in the primary.

Fontes won the 2016 race to administer elections in Maricopa County, which is home to more than 60% of the state’s population and whose 4.5 million residents make it the fourth-largest county nationally. However, Republican members of the county Board of Supervisors took control of key powers from Fontes’ office following his victory, and Team Red targeted him four years later. Fontes ultimately lost re-election by a very close 50.1-49.9 margin to Republican Stephen Richer as Joe Biden was carrying Maricopa County 50-48.

GEORGIA U.S. SENATOR — Rep. Buddy Carter (R-GA) is not just considering a bid for U.S. Senate, he’s actively preparing for it — but only if Herschel Walker decides not to get into the race against Sen. Raphael Warnock (D-GA), the Atlanta Journal-Constitution reports. Said Carter: “I’m not interested in political suicide. I ain’t gonna run against Herschel Walker in the state of Georgia. I was born at night, but it wasn’t last night.”

ALABAMA U.S. SENATOR — Jessica Taylor (R) announced a run for Alabama’s open Senate seat with a video where she makes her opposition to Vice President Kamala Harris the centerpiece of her pitch, saying she would be “Kamala’s worst nightmare.” Taylor also mispronounces Kamala, which is often a dogwhistle.