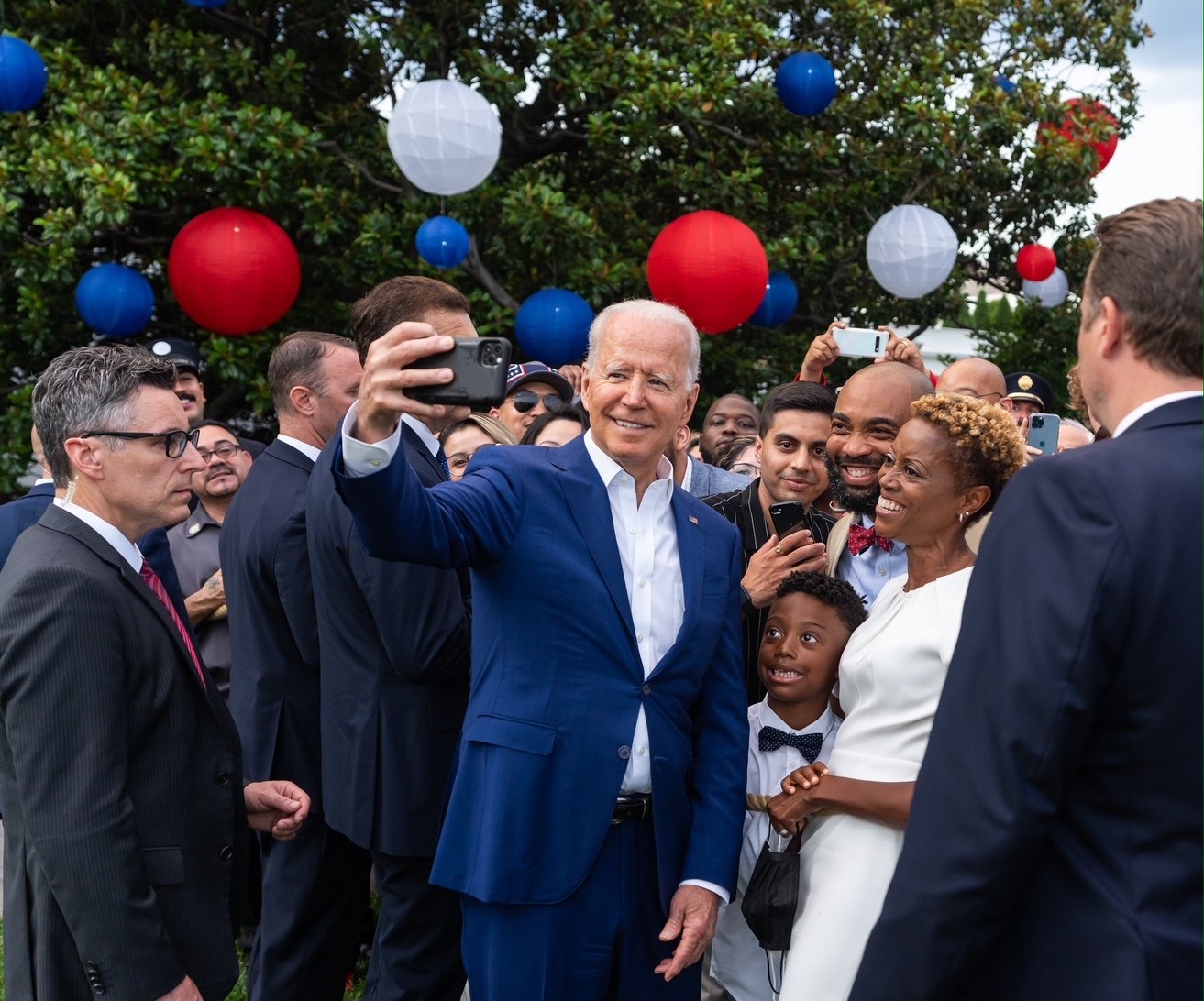 The latest polling from NPR/PBS Newshour/Marist gives President Biden a 50% to 43% approval rating, roughly in line with other pollsters.

But Marist offers an interesting geographic breakdown of these numbers by dividing the sample into five roughly equal geographic areas:

The suburbs are notoriously difficult to define, but insofar as you think Marist’s definition here does a good job representing the “median” band of voters geographically, Biden is killing it.

Marist’s previous polling also shows Biden doing just about as well with (their definition of) suburban voters as he is with big and small city voters.

To be clear, it’s likely that Marist’s definition of “suburban” is taking in more urban voters than other pollsters. By contrast, Reuters/Ipsos has Biden at a 53% to 42% approval with their universe of suburban voters.

Still, even with varying definitions, Biden looks like he’s performing very well with the “geographic center” of the electorate, even as his honeymoon phase begins to end.

Gallup: “Despite this public support for infrastructure legislation, it does not appear to be a high priority for Americans.”

“Infrastructure basically does not show up at all in our Gallup updates on Americans’ top-of-mind perceptions of the most important problem facing the nation.”

“Americans may be more positively impressed by Congress agreeing to actually pass any legislation on infrastructure than they are by the particulars of what such legislation includes.”

“Following in the footsteps of Arizona’s Senate Republicans, Pennsylvania’s Republican-controlled Senate is considering an investigation into how last year’s presidential election was conducted, a quest fueled by former President Donald Trump’s baseless claims that fraud was behind his loss in the battleground state,” the AP reports.

“A left-leaning group plans to spend $7 million to help elect Democratic secretaries of state and attorneys general in key battlegrounds — a big investment in down-ballot races that loom large in voting rights battles around the country,” CNN reports.

“The League of Women Voters of Kansas and other nonprofits are suspending voter registration drives for fear of criminal prosecution under a new state law,” the Kansas Reflector reports.

Nearly half of college Republicans support public schools teaching about institutional racism — and six in 10 don’t think state legislatures should be able to stop it, according to a new Generation Lab/Axios poll.

“Americans are hitting the road in droves for the long Fourth of July weekend and Republicans are turning to another tried-and-true tradition: blaming the president for high gasoline prices,” Politico reports.

“Efforts to recall school board members are surging around the U.S. — and especially in California — amid Republican efforts to quash teaching about institutional racism,” Axios reports.

“Just halfway through 2021, at least 51 local recall efforts involving K-12 school boards have been initiated this year, targeting at least 130 elected members of those boards.”

“Indeed, the preacher-turned-politician spent the Independence Day recess hopscotching from an inland port in the conservative Appalachian foothills to liberal Atlanta’s urban microbreweries and sprawling public hospital, then the suburban defense contractors in between. At each stop, he highlighted the federal money he’s routed — or is trying to route — to his state for health care, national security research, rural broadband and urban walking paths, among other projects.”

“So far, two women have stepped up to challenge two-term Sen. Mike Lee for the Republican nomination next year. Ally Isom, a longtime communications, public policy and political strategist, filed her candidacy with the Federal Election Commission on Thursday. Former state lawmaker Becky Edwards filed in May.”

Said Isom: “I watched our Capitol under attack on Jan. 6 and I just thought I want my country back. I want my party back. This isn’t who we are.”

The DNC announced it is launching a new campaign organizing program in nine states ahead of next year’s midterm elections, The Hill reports.

Democrats are placing organizers on the ground in Arizona, Georgia, Wisconsin, Michigan, North Carolina, Nevada, Pennsylvania, Virginia and New Jersey in an effort to elect the party’s candidates up and down the ballot in the targeted states.

Washington Post: “Across the country, as campaigns gear up for a handful of key races this year and the pivotal 2022 midterms, Republican candidates for state and federal offices are increasingly focused on the last election — running on the falsehood spread by Trump and his allies that the 2020 race was stolen from him.”

“While most of these campaigns are in their early stages, the embrace of Trump’s claims is already widespread on the trail and in candidates’ messages to voters. The trend provides fresh evidence of Trump’s continued grip on the GOP, reflecting how a movement inspired by his claims and centered on overturning a democratic election has gained currency in the party since the Jan. 6 Capitol attack.”

“Dozens of candidates promoting the baseless notion that the election was rigged are seeking powerful statewide offices — such as governor, attorney general and secretary of state, which would give them authority over the administration of elections — in several of the decisive states where Trump and his allies sought to overturn the outcome and engineer his return to the White House.”