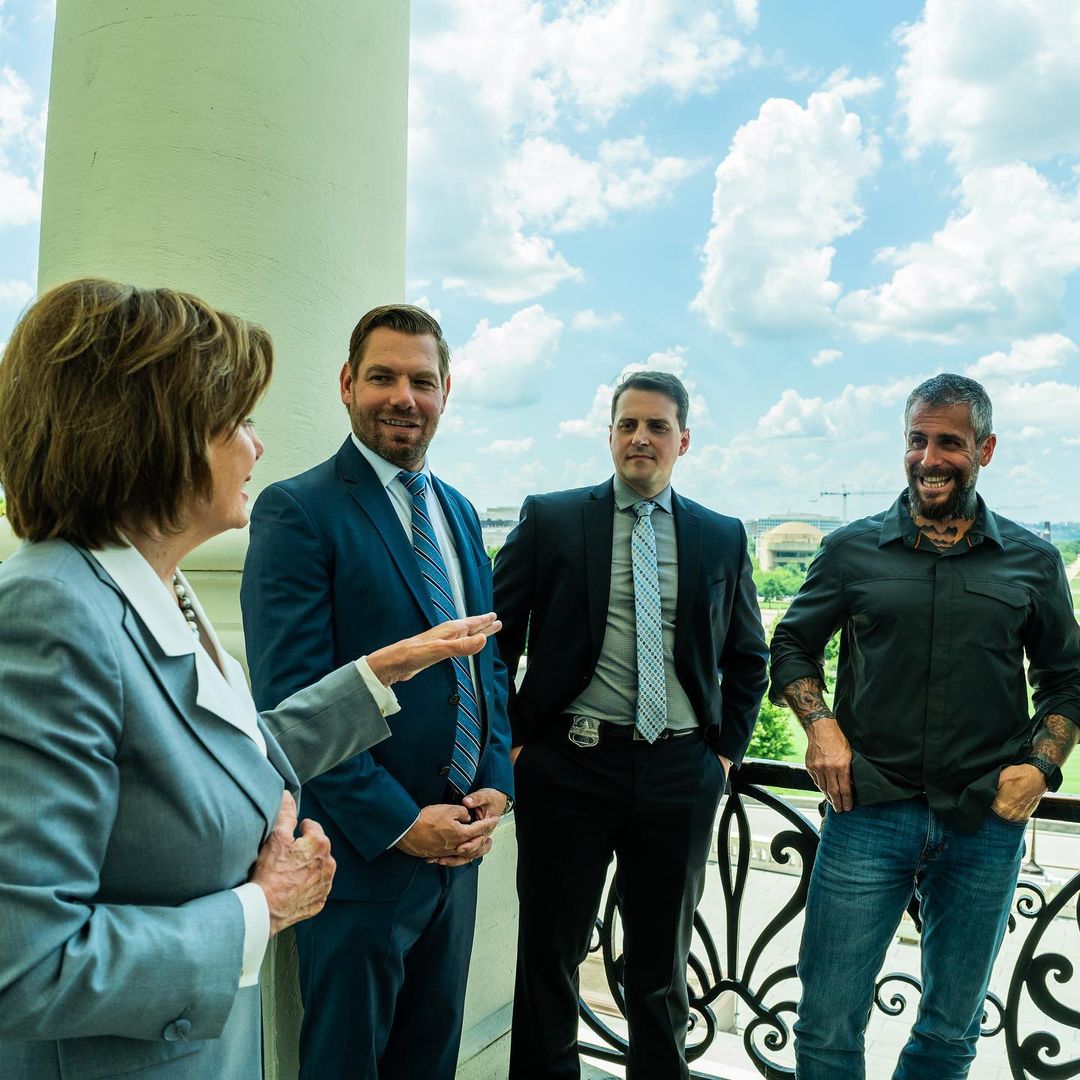 “A supply-chain ransomware attack that hit hours before the beginning of a holiday weekend has already affected more than 200 businesses,” the Washington Post reports.

“On Friday, information technology company Kaseya sent out a warning of a ‘potential attack’ on its VSA tool, which is used by IT to manage and monitor computers remotely.”

“Researchers said cybercriminals were sending two different ransom notes on Friday — demanding $50,000 from smaller companies and $5 million from larger ones.”

White House press secretary Jen Psaki told reporters that a “high level” of U.S. national security has been in touch with top Russian officials about $70 million ransomware attack by a Russia-linked hacking group.

She added that if Russia doesn’t take action against cyber criminals residing there, “we will.”

“Any long view of McConnell’s tenure would dwell more on what he’s blocked than on what he’s built; what he’s against, not what he’s for. When I asked Republicans close to McConnell what he cares about most, it was striking how little they mentioned policy. They talked instead about his fixation on winning the game.”

“Perceptions about Covid-19 weren’t too divided by political party very early on in the pandemic,” Vox reports.

“The US began to walk a different path once then-President Donald Trump downplayed the coronavirus — deliberately, as he later revealed — and Republican leaders and the rank and file followed his lead. Whether you took the pandemic seriously very quickly became another way to affiliate with red or blue teams, leading some to do things more dangerous for their own well-being just because of their political party affiliation.”

Bloomberg: “A bipartisan group of House lawmakers on Tuesday publicly endorsed President Joe Biden’s $579 billion infrastructure deal with a group of Republican and Democratic senators, giving the compromise fresh momentum at the start of a crucial month for the administration’s agenda.”

“The 58-member Problem Solvers Caucus, in a statement backing Biden’s deal with 10 senators, also called for a speedy stand-alone vote in the House — bucking House Speaker Nancy Pelosi, who has linked any House approval of the deal to Senate passage of a later, larger tax and social spending budget bill.”

Associated Press: “Supporters say a larger, Democratic-only package now being developed in Congress must meet Biden’s promise to move the country toward carbon-free electricity, make America a global leader in electric vehicles and create millions of jobs in solar, wind and other clean- energy industries.”

“But passage of a larger, multitrillion-dollar bill faces significant hurdles, even if Democrats use a procedural method that requires only a simple majority. It’s far from certain, in an evenly divided Senate, that moderate Democrats will agree to an expansive measure that could swell to as high as $6 trillion. On the other hand, a less costly bill that does not fully address climate change risks losing support from large numbers of liberal Democrats who have pledged action on an issue that Biden has called ‘the existential crisis of our times.’”

Politico: “The White House is expected to reopen the U.S.-Mexico border in the coming weeks, and even President Joe Biden’s allies are worried he’s not ready for the logistical and political impact… Immigrant advocates say the move is long overdue. But administration officials and immigration experts expect that lifting the order will result in a spike in the number of migrants arriving at the border — at least in the short term.”

“Even with the phased-in approach, a sharp increase in migrants poses a major challenge for the administration over how to handle their arrival — hold them in detention centers or release them as they await their court proceedings, which can take years given a long backlog of cases. And Republicans plan to highlight any increase in migrants or delays in processing them in campaign ads, mailers and debates in races all over the country.”

Paul Krugman: “We are having another morning in America, and Biden deserves more credit for his good morning than Reagan ever did for his.”

“The U.S. left Afghanistan’s Bagram Airfield after nearly 20 years by shutting off the electricity and slipping away in the night without notifying the base’s new Afghan commander, who discovered the Americans’ departure more than two hours after they left,” the AP reports.

“The Taliban have showed off containers full of weapons and military hardware seized from the Afghan military as American forces withdraw from the country and the militants continue their march across the country,” NBC News reports.

“When we fully withdraw, the devastation and the killings and women… fleeing across the border into Pakistan, President Biden is going to own these ugly images.” — Rep. Michael McCaul (R-TX), in an interview on Fox News, on the U.S. pullout from Afghanistan.

Fine. It should be noted that 1) Trump wanted to do this too, so Trump can’t attack Biden for this, and 2) we had been there for 20 years, and if 20 years of American training and support could not turn Afghanistan into a successful state, than nothing will, it was best to cut our losses.

And according to another excerpt from the book, Trump son-in-law Jared Kushner, after losing a power struggle with McDaniel over a new online fundraising program implemented by the national party, said he didn’t ‘give a fuck’ about the future of the GOP.

“The administration has nearly completed an extensive review of U.S. sanctions policy, which is expected out near the end of summer, according to one official. While details are still being ironed out, Biden administration officials have foreshadowed elements of the new strategy in a series of actions, including the planned easing of economywide sanctions against Iran. Details of Biden’s approach also were described by current and former administration officials as well as by incoming officials during congressional meetings.”

“Rep. Thomas Massie (R-KY) tweeted that members of the U.S. military have contacted him saying they will ‘quit’ if forced to get a COVID-19 vaccine,” the Louisville Courier-Journal reports. “Others on the platform informed Massie that members of the armed forces cannot simply ‘quit’ the military.”

Indeed. They would be charged with AWOL and court martialed. Also, anyone who does this would be eventually dishonorably discharged after they served their prison sentence.

Rep. Matt Gaetz (R-FL) has vowed to nominate former President Donald Trump to be the next Speaker of the House, Newsweek reports. Excellent. Nothing will guarantee Democratic turnout in 2022 than Trump being on the ballot.

“Rep. Adam Kinzinger (R-IL) says the GOP’s capitulation to Donald Trump finally became clear to him when House Minority Leader Kevin McCarthy visited the ex-president at his Mar-a-Lago resort in Florida to talk strategy, just two weeks after he’d blamed Trump for his role in inciting the deadly U.S. Capitol riot,” the HuffPost reports. Said Kinzinger: “That’s the moment when I realized, ‘Oh, man, this is a problem.’”

He added: “You come to understand that when the party and party leaders talk about unity, and in the same breath say that Donald Trump is the leader of the Republican Party, what they’re talking about isn’t unity.”

He also told the New York Times that he suspects that certain members of Congress knew what would happen on January 6 and supported the attack on the Capitol. Said Kinzinger: “I won’t name names, but yes, I do have that suspicion. I will say, if you just looked at Twitter — the whole reason I brought my gun and kept my staff home and told my wife to stay in the apartment was looking at Twitter. I saw the threats.”

He added: “If you have members of Congress who were involved in nurturing an insurrection, heck yeah, we need to know.”

Tanner Green: “American conservatives never waged a culture war. Conservatives certainly fought, there is no denying that. They fought with every bit of obstruction and scandal their operatives could muster.”

“But this was not a culture war. Rather, America’s conservatives fought a political war over culture.

“Republicans used cultural issues to gain—or to try to gain—political power. Their brightest minds and greatest efforts went into securing control of judiciary, developing a judicial philosophy for their appointees, securing control of the Capitol, and developing laws that could be implemented in multiple state houses across the nation. No actual attempt to change the culture was attempted.”

David Atkins: “The Trumpian ethos, and those who adhere to it, are not about winning the culture war. They have only the intention of ruling, and inflicting as much pain to their enemies as possible from a minority position.”

“He said the department would also halt pending deportation proceedings against veterans or their immediate relatives who are in the United States, and clear the way for those who are eligible to apply for U.S. citizenship.”

“The remaining fencing that has surrounded the U.S. Capitol since a mob of pro-Trump rioters stormed the building in January is likely to come down as soon as next week,” the AP reports.

“More than 180 people were killed in shootings across the country over the Fourth of July holiday weekend,” NPR reports.

Rep. Andy Kim (D-NJ), who famously cleaned the halls of Congress after the January 6 insurrection, announced he is donating the suit he wore that day to the Smithsonian Institution.  Kim only wore the suit one more time after January 6 — when he voted to impeach Donald Trump on January 13.

South Carolina GOP consultant Richard Quinn Sr. is accused of lying to a state grand jury over being paid by Attorney General Alan Wilson (R) for drafting press statements and other documents, the Columbia State reports.  The new 38-page indictment accuses Quinn of 12 different counts of perjury and two counts of obstruction of justice.

Reuters: “A social media site launched on Sunday by Jason Miller, a senior adviser to former U.S. President Donald Trump, was briefly hacked, and more than 500,000 people have registered to use the site.”