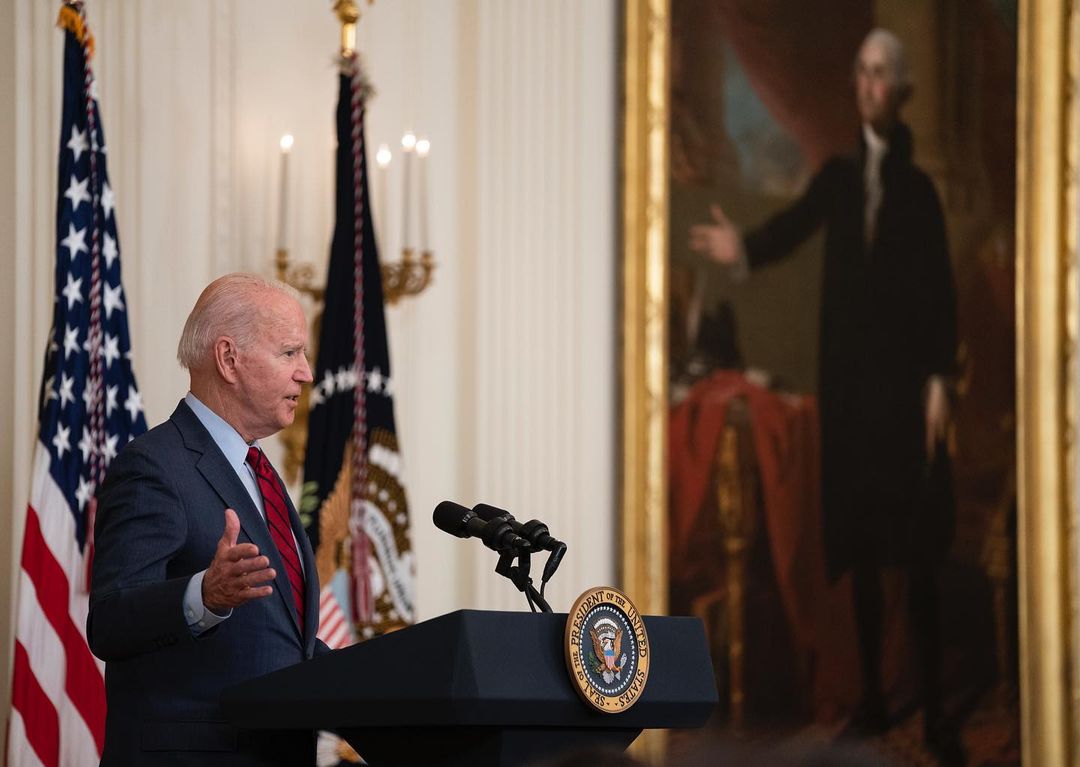 “Democrats in Trump-won districts are hesitant about their party using the reconciliation process to ram through a second, partisan infrastructure package,” according to Axios, which “surveyed all seven House Democrats representing districts former President Trump won in 2020 to hear their concerns with the current infrastructure debate.”

The Senate has officially kicked off its process for inserting “congressionally directed spending” into appropriations bills for the fiscal year starting Oct. 1, with almost all Democrats but only 15 Republicans in that chamber participating thus far, Roll Call reports.

“The number of GOP senators requesting earmarks is of particular interest after the party opted to leave its ‘permanent ban’ on earmarks in its rules earlier this year during a closed-door meeting.”

“Some progressives are distancing themselves from Sen. Bernie Sanders (I-Vt.) — leader of their revolution,” Axios reports.

“Three factors are fueling the shift. Some feel he’s not pushing President Biden far enough to the left anymore. Some believe his time as the movement leader has simply passed. Some fear tying their brand to Sanders is a gift to opponents to weaponize in crowded primaries or in general elections — and they’re instead weighing the merits of aligning more directly with Biden.”

Politico: “Five years after Trump rallied Republican primary voters with his chants of ‘Build that wall!’ the election of a Democratic president coupled with the recent increase of migrants from Latin America has afforded Republicans a new opening on border security. It’s gaining traction in advertising in Republican campaigns across the country, and it has turned the southern border into a destination for candidates seeking to burnish their conservative bona fides at home.”

Said GOP strategist John Thomas: “It’s off the Richter scale in terms of importance for the Republican electorate. It transcends jurisdictions. So, it goes from the suburbs of Orange County to statewide in Nevada.”

“Nearly four out of every 10 Texas public school students failed state math exams after the last two years of school were disrupted by the pandemic,” the Dallas Morning News reports.  “New testing data show more students failed both reading and math tests in 2021 than in 2019, the last year state exams were administered.”

David Roberts: “Perhaps the most politically difficult aspect of climate change is that, after decades of denial and delay, there is no longer any coherent ‘moderate’ position to be had.”

“Either of those outcomes is, in its own way, radical. There is no non-radical future available for the US in decades to come.”

The Milwaukee Journal Sentinel editorial board called Sen. Ron Johnson (R-WI) “the most irresponsible representative of Wisconsin citizens since the infamous Sen. Joseph R. McCarthy in the 1950s.”

“Johnson’s proclamations, most uttered in the safe bubble of conservative media, served a purpose: He ingratiated himself with Trump loyalists in Wisconsin, voters he will need if he breaks his promise and runs for a third term next year.”

“Whether or not Johnson believes the nonsense he spews, there is little doubt he seeks to benefit politically from this cynical theater.”

A new excerpt from Frankly, We Did Win This Election says Jared Kushner and Kellyanne Conway “were engaged in a years-long ‘blood feud’ for most of former President Donald Trump’s time in office,” the Daily Mail reports.  “Kushner lumped Conway into a category of ‘overconfident idiots’ working for his father-in-law, while Conway tried to throw Kushner under the bus during the height of last summer’s George Floyd protests.”

Police are investigating multiple shots being fired into the home of Alabama state Sen. Vivian Figures (D), the Alabama Political Reporter reports.  “Figures was not home at the time of the shooting — around 5 a.m. Thursday — and has not commented on the incident.”

Mother Jones: “Increasingly, Republican and Democratic lawmakers in both chambers—especially those vilified by Trump and his allies—have started hiring security consultants and bodyguards, upgrading their home security systems with cameras, and, in some cases, employing firms that specialize in fortifying residences with reinforced doors, bulletproof glass, and other high-end protective features.”

“An analysis of campaign finance records by Mother Jones found that in the three months after the Capitol attack, security spending jumped 176 percent from the same period last year. Such spending is up 233 percent from the first quarter of 2019.”

Monkey Cage: “Refugees’ economic contributions far outweigh the initial costs of resettlement, as numerous studies have found. One such study, commissioned by the city of Cleveland, found that while in 2012, the city spent about $4.8 million on support for refugee resettlement, the refugees who’d settled there in the previous 12 years had contributed $48 million to the city’s economy.”

“Refugees earn higher incomes than other immigrants, which means that their tax contributions are higher, too.”

Politico: “Trump is once again the GOP’s undisputed kingmaker, holding rallies and flexing his grassroots fundraising might as he seeks to influence Republican primary campaigns. House Democrats are likely to take full advantage of that political reality as they move ahead with a select committee to examine the siege on Congress.”

“Which leaves Republicans with a big challenge: how to discredit and distance themselves from that investigation — which moderates and conservatives alike are criticizing as a partisan setup — and retake the House in 2022, a tantalizingly close possibility that would doom President Joe Biden’s domestic agenda.”

The average salary for women in Biden’s White House is $93,752, while men average $94,639 — representing about a 1% pay gap, the Associated Press reports.  That compares with a 37% gender pay gap in Donald Trump’s administration during his first year in office, while Barack Obama’s pay gap was 16% at the same point in his presidency.

George Packer: “Rumsfeld was the worst secretary of defense in American history. Being newly dead shouldn’t spare him this distinction. He was worse than the closest contender, Robert McNamara, and that is not a competition to judge lightly.”

“Rumsfeld was the chief advocate of every disaster in the years after September 11. Wherever the United States government contemplated a wrong turn, Rumsfeld was there first with his hard smile—squinting, mocking the cautious, shoving his country deeper into a hole. His fatal judgment was equaled only by his absolute self-assurance. He lacked the courage to doubt himself. He lacked the wisdom to change his mind.”