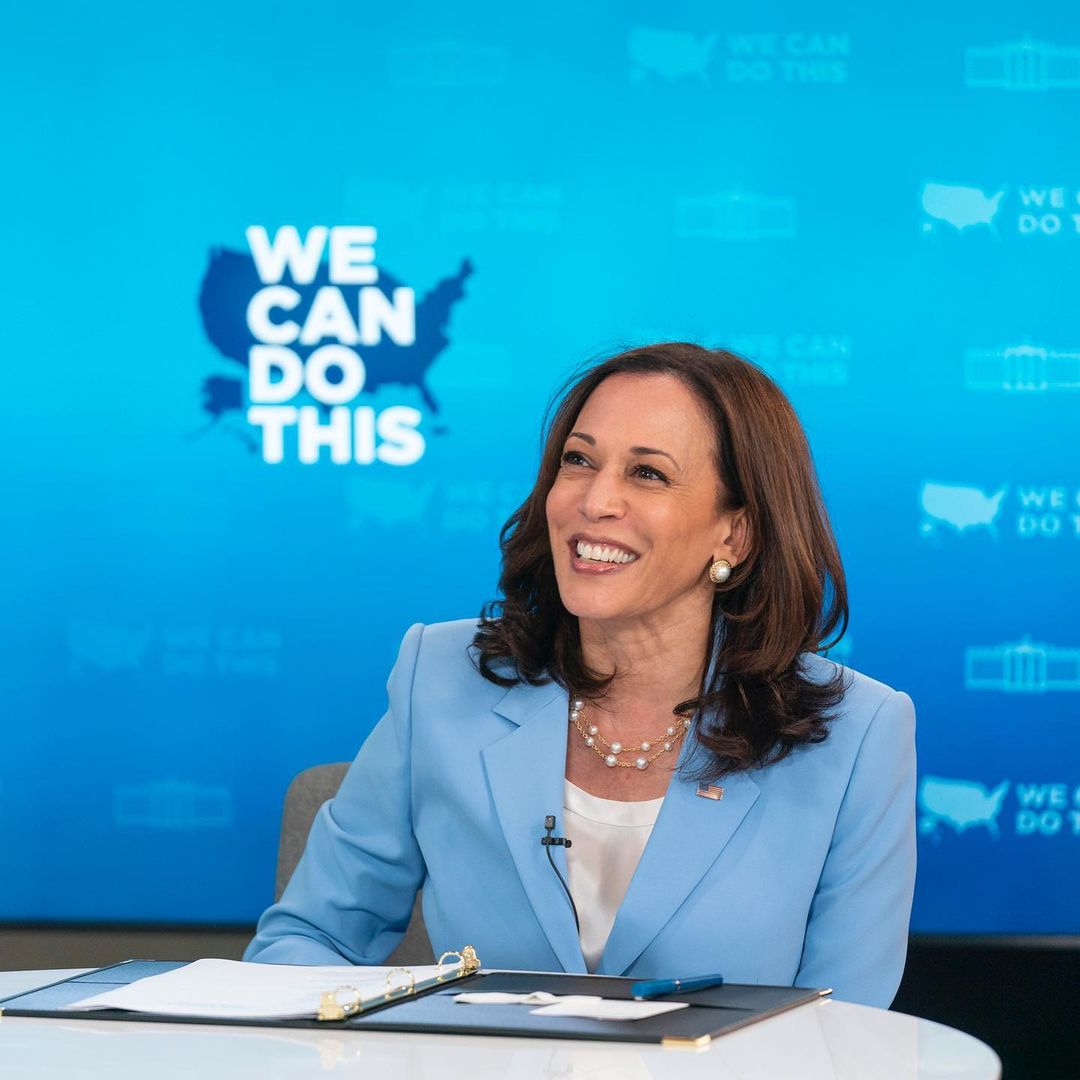 A new Navigator Research survey showed respondents a picture of rioters at the Capitol and asked them which party they associated the image with.

The results were striking: 61% said the Republicans, and 20% said the Democrats.

However, among Fox News watchers, 33% said the Republicans, and 37% said the Democrats.

A new Reuters/Ipsos poll finds President Joe Biden has seen an erosion in support since April, mainly from fellow Democrats, as his administration wrestles with Congress to make good on campaign promises and more Americans worry about an uneven economic recovery.

A new Pew Research analysis finds that even as Donald Trump was narrowing Democrats’ margins with white women and Hispanic voters in the 2020 presidential election, Joe Biden was surging with other groups, like suburbanites, white men and voters who identified as independents.

Politico: “Pew’s survey of ‘validated voters’ — members of their survey panel whom they could match as people who cast ballots on state voter files — is among the deepest analyses of who voted in the last presidential election and how. And because Pew also conducted similar studies of the 2016 and 2018 electorates, it’s possible to track how both parties’ coalitions evolved across the Trump era — and where the battle lines for the 2022 midterm elections may fall.”

Nate Cohn: “Married men and veteran households were probably not the demographic groups that Democrats assumed would carry the party to victory over Donald Trump in the 2020 election. But Joe Biden’s apparent strength among traditionally moderate or even conservative constituencies, and especially men, is emerging as one of the hallmarks of his victory.”

NEW YORK CITY MAYOR — New York Times: “A new, preliminary tally of votes in the New York City Democratic mayoral primary on Wednesday suggested that the race between Eric Adams, the primary night leader, and his two closest rivals had tightened significantly, though the results do not account for around 125,000 absentee ballots that have yet to be tabulated.

The tally showed Mr. Adams, the Brooklyn borough president, with a much narrower lead than the one he held on primary night, when only the first-choice preferences were counted, but in percentage terms, an identical margin to the one he held on Tuesday, in the uncorrected tally. According to the new numbers, he again led Kathryn Garcia in the final round, 51.1 percent to 48.9 percent. Maya D. Wiley was narrowly in third place, trailing Ms. Garcia by only 347 votes before being theoretically eliminated after the eighth round of tallies.

In prepared statements issued immediately upon the release of the new tally, all three candidates projected confidence, with Mr. Adams’s campaign saying, “There are still absentee ballots to be counted that we believe favor Eric.” Ms. Wiley said “this election is still wide open,” and Ms. Garcia called it a “dead heat.”

First Read: “In these polarized and conspiracy-fueled times, election administrators have one job: to get their counts right.”

“That didn’t happen in New York City’s Democratic mayoral primary, which had already increased its degree of difficulty by using ranked-choice voting (for the first time) in a multi-candidate field… And the confusion, chaos and lack of transparency all gave an opening to the conspiracy theorists and election-deniers.”

One of them was Donald Trump, who released a statement: “Just like in the 2020 Presidential Election, it was announced overnight in New York City that vast irregularities and mistakes were made and that Eric Adams, despite an almost insurmountable lead, may not win the race. The fact is, based on what has happened, nobody will ever know who really won.”

CALIFORNIA GOVERNOR — California Gov. Gavin Newsom (D) is suing his own appointed elections chief to get two words next to his name on the recall ballot: Democratic Party, Politico reports.

“The governor and his staff overlooked paperwork last year that would have allowed him to state his party preference on a recall ballot… That apparent misstep means that Newsom would appear on the recall ballot without a party designation, while dozens of challengers will have their party preferences listed.”

Newsom also has signed a bill passed by fellow Democrats in the state legislature that will allow the pending gubernatorial recall election to take place earlier than forecast by letting lawmakers waive a 30-day period to review the costs of the election. The state Department of Finance has until Aug. 5 to complete its own financial review, after which Lt. Gov. Eleni Kounalakis will have 60 to 80 days to schedule the recall, assuming legislators choose to waive their audit under the new law.

BOSTON MAYOR — Suffolk University is out with a new survey of Boston’s all-Democratic mayoral primary on behalf of The Boston Globe. The poll shows City Councilor Michelle Wu in first place with 23% and acting Mayor Kim Janey close behind at 22%, while City Councilors Annissa Essaibi George and Andrea Campbell trail with 14% and 11%, respectively. This result matches prior polling that has shown Wu and Janey trading narrow leads for the first spot (though one late May poll showed Essaibi George leading Wu 22-18).

All candidates will compete on one ballot in a preliminary round on Sept. 14, and the two-top vote getters will advance to the general election on Nov. 2, regardless of whether anyone takes a majority of the vote.

ARIZONA GOVERNOR / ATTORNEY GENERAL — Democratic state Rep. Aaron Lieberman, who flipped a Republican-held seat in the Phoenix area during the 2018 blue wave, has announced a bid for governor. Lieberman, however, faces a difficult path to the nomination in a primary headlined by a far more prominent Democrat, Secretary of State Katie Hobbs. Speaking of his state House victory, he said, “To win in District 28—just like winning in the state—you have to show people you’re not a partisan fighter,” which may be a winning message in a general election but is likely going to be less appealing to many primary voters.

Meanwhile, Democratic Rep. Greg Stanton, who’d been mentioned as a possible candidate for either governor or attorney general, has reportedly told House colleagues that he won’t seek statewide office. However, there’s no direct quote from Stanton confirming his plans, including whether he intends to seek re-election.

Clyburn’s endorsement of Brown over progressive Nina Turner (D) — who is surging in her campaign and is an outspoken ally of Sen. Bernie Sanders (I-VT) —highlights an ideological and generational rift in the Democratic party.

“The dynamic caused by a Democratic surge in the suburbs is not at work just in Georgia. In staunchly Republican Kansas, Democrats picked up a seat in 2018. Population growth in the affluent and higher educated suburbs of Kansas City could result in Republicans being forced to draw a district that favors Democrats,” the Wall Street Journal reports.

“Census and electoral data show similar patterns in Denver and Des Moines, Iowa, as well as in Columbus, Ohio, and North Carolina’s Research Triangle metro. In all those communities, the counties have seen double-digit population growth and have college education rates high above the national average, which voting data shows tends to skew an area more Democratic.”

MISSOURI U.S. SENATOR — The Riverfront Times outdid itself with this lede:  “Noted local criminal Mark McCloskey played host to a barbecue/political rally on Sunday afternoon, drawing tens of admirers to the sweltering parking lot of a closed outlet mall in St. Louis County to celebrate the one-year anniversary of the time he pulled a gun on a crowd of people who otherwise would never have noticed or cared he existed.”

Walter Shapiro: “Bristling with resentments, Trump, who never pledged allegiance to anyone other than his own reflection in the mirror, is happy to fight a two-front war against disloyal Republicans and the Democratic Party.”

“No former president since Richard Nixon in 1974 has been a major factor in off-year congressional elections after he left office.”

“But Trump in 2022 promises to be the exception — and nothing could make the Democrats happier.”

VIRGINIA GOVERNOR — Kyle Kondik: “There are some operatives who believe that early ad spending can help define a candidate positively and protect them from negative attacks later on.”

“A recent, anecdotal example of this we have heard from professionals on both sides is the campaign of now-Sen. Kyrsten Sinema (D-AZ). Sinema did not have to worry about her primary in 2018, so she spent the months leading up to Arizona’s August primary bolstering her image while her opponent, Martha McSally (R), had to tack to the right in her own primary, which she ended up winning convincingly but which she could not take for granted. By the time the November campaign started in force, Sinema had positively presented herself to Arizonans, arguably taking some bite out of Republican ads that sought to portray her as radical.”

“Youngkin is effectively trying to do the same thing in his general election advertising.”

CHARLOTTE CITY ELECTIONS — “All Charlotte City Council elections, including the mayoral race, are delayed until 2022 — as some had expected to happen all along, despite a recent curveball from the General Assembly,” the Charlotte Observer reports.

“The decision on how to handle municipal elections was triggered by delayed census data that is needed to redraw City Council district maps. The information, initially expected to be released three months ago, will not be available until September.”