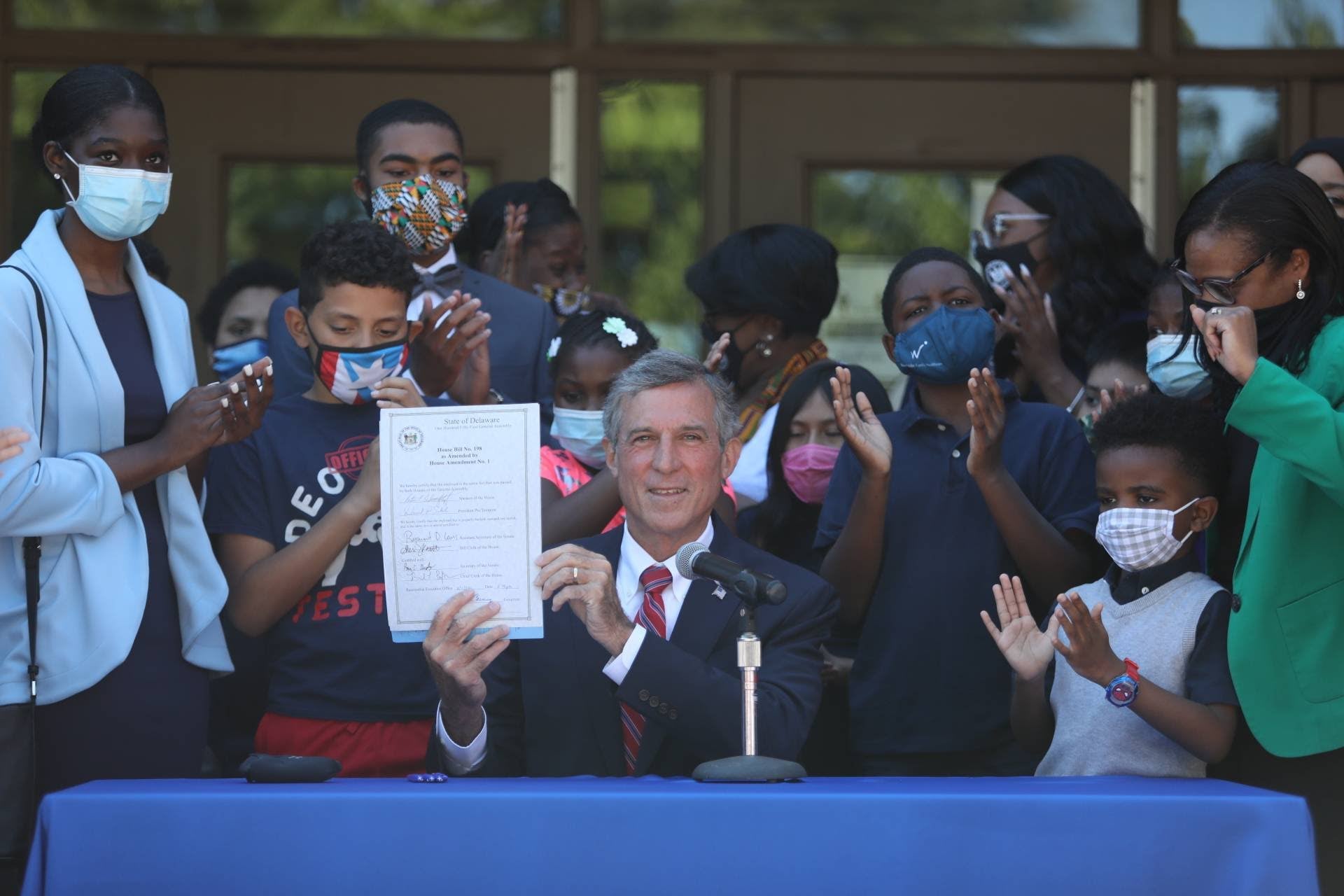 The Delaware State Senate passed legislation adding Juneteenth to the official list of state holidays. The vote was unanimous. Once signed into law by Governor Carney, House Bill 119 will officially make Juneteenth the newest of Delaware’s 13 annual statewide holidays. Juneteenth will occupy the fourth spot in the calendar year, falling between Good Friday and July 4th.

As with all other state holidays, Juneteenth will be celebrated on the preceding Friday or following Monday in any year when the holiday falls on a Saturday or Sunday, respectively.

HB 119 also reduces the number of floating holidays in the state calendar from 2 to 1. These days, first introduced by the 145th General Assembly, replaced Presidents Day and Columbus Day.

Juneteenth, also recognized as a federal holiday for the first time this year, commemorates June 19, 1865 – the day when enslaved African Americans in Galveston, Texas, were finally freed under the orders of Maj. Gen. Gordon Granger and his arriving Union forces. Although slavery persisted in some places – including Delaware – until the ratification of the Thirteenth Amendment on December 6, 1865, Juneteenth is today celebrated as a national day of emancipation and the end of slavery in the United States.

“I first came to learn of the significance of Juneteenth as a young man growing up on the Eastside of Wilmington,” said Sen. Darius Brown, Senate prime sponsor of the bill. “Mr. Bernie Wilkins, our neighborhood historian and the father of Delaware’s Juneteenth celebrations, and the late Kwame Ray Jackson would have the neighborhood kids participating in educational activities and community parades whenever an opportunity presented itself. The passage of HB 119 also culminates the work of former State Senator Margaret Rose Henry, who first recognized Juneteenth by resolution. Today we continue that work. Juneteenth will now be a state holiday in Delaware. It will be more than just recognizing a major milestone in African American history; it also shows how progress takes many shapes.”

“We are not that far removed from an era in which Americans owned other people as property. My great-grandparents were born slaves, and their struggle to achieve freedom, equality and opportunity has been passed down through my family. This story is the same for so many Black families,” said Rep. Sherry Dorsey Walker, HB 119’s lead sponsor. “June 19, 1865 is the day of true independence for Black people across our nation. By placing Juneteenth on the same level as other holidays such as Independence Day, Thanksgiving and Martin Luther King Jr. Day, we are now making that significance clear to all in our state. Thank you to my colleagues for their unanimous support of this important legislation.”

Featured Photo is of Governor Carney signing SB 198 – Black History Education. He has not yet signed HB 119, but is planning to.

0 comments on “Juneteenth is now a state holiday”