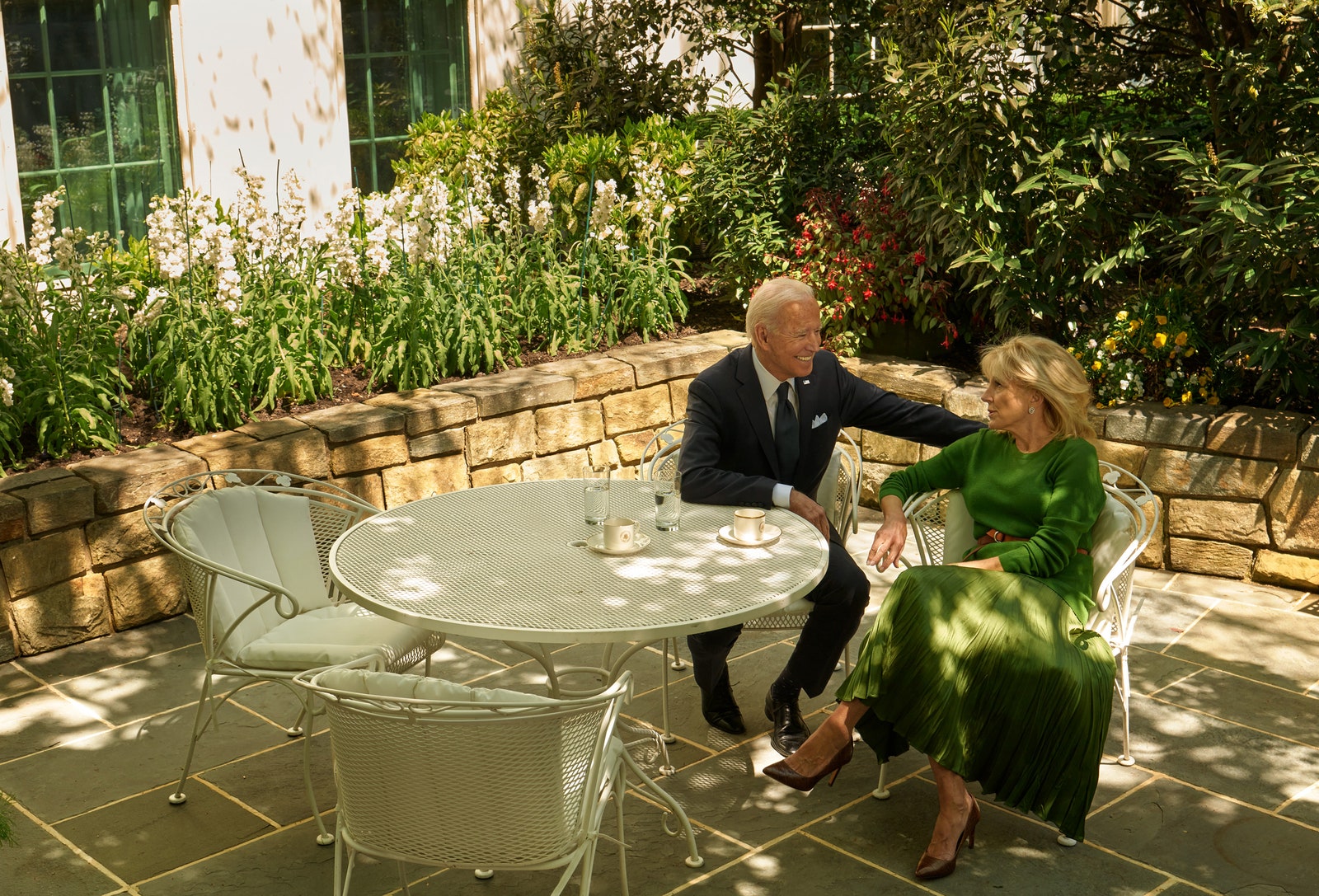 “The Manhattan district attorney’s office is expected to charge the Trump Organization and its chief financial officer with tax-related crimes on Thursday, which would mark the first criminal charges against the former president’s company since prosecutors began investigating it three years ago,” the Wall Street Journal reports.

“The charges against the Trump Organization and Allen Weisselberg, the company’s longtime chief financial officer, are a blow to former President Donald Trump, who has fended off multiple criminal and civil probes during and after his presidency.”

The charges are “related to allegedly evading taxes on fringe benefits.”

Donald Rumsfeld, whose roles overseeing the U.S. invasions of Afghanistan and Iraq and efforts to transform the U.S. military made him one of history’s most consequential as well as controversial Pentagon leaders, has died at age 88, the Washington Post reports.

New York Times: “Encores are hardly rare in the Washington merry-go-round, but Mr. Rumsfeld had the distinction of being the only defense chief to serve two nonconsecutive terms: 1975 to 1977 under Mr. Ford, and 2001 to 2006 under Mr. Bush. He also was the youngest, at 43, and the oldest, at 74, to hold the post — first in an era of Soviet-American nuclear perils, then in an age of subtler menace by terrorists and rogue states.”

Playbook: “At his press conference celebrating the bipartisan infrastructure deal, Joe Biden suggested there would be no coming back for seconds: When it comes to spending on basic physical infrastructure (for roads, bridges, public transportation, etc.), the bipartisan deal is it. There will be no using the parallel, Democrats-only reconciliation package to spend more on those things than Republicans agreed to.”

“Instead, Biden indicated, the reconciliation bill is exclusively for stuff that Democrats want but Republicans oppose — like spending for family care, climate change and health care.”

“This may seem like a minor point, but it has big implications. On the left, some progressives have argued that they would simply add to the reconciliation bill anything that wasn’t fully funded in the bipartisan bill. That’s not happening.”

Jennifer Rubin: “Republicans have good reason to turn the news of a bipartisan infrastructure deal into a nonsensical fight about process. Their fixation on ‘linking’ or ‘delinking’ it to the reconciliation package that Democrats are devising, however, won’t conceal an uncomfortable reality: The infrastructure deal is overwhelmingly popular,especially among Republicans.”

“The plan is a cornucopia of goodies that offer jobs and a patriotic lift to improve American competitiveness. Unsurprisingly, Biden appeared downright giddy about the prospect of taking his case around the country.”

“So, sure, Republicans can try walking away from the hard infrastructure deal, but at what political price? And if they want to renege and allow Democrats to seize all the credit, well, Biden will happily accept that political gift.”

Tucker Carlson once again insisted that he is being spied on by the federal government despite the nation’s leading intelligence agency refuting his claim earlier the same day, The Hill reports.

Said Carlson: “Did the Biden administration read my personal emails? That’s the question that we asked directly to NSA officials when we spoke to them about 20 minutes ago in a very heated conversation. Did you read my emails? And again, they refused to say … ‘We can’t tell you and we won’t tell you why we can’t tell you.’ My emails. And the message was clear: ‘we can do whatever we want.’”

Bloomberg: “In the least vaccinated group of counties, many of which are in the South and Central regions of the U.S., less than half as many people have gotten at least one Covid vaccine dose as in the most vaccinated counties in the cities and on the coasts. Those less vaccinated places are not catching up, either.”

“The gap between more- and less-vaccinated counties is expanding, and the trailing counties are far below levels needed to halt future waves of infection.”

“High-stakes talks over a major revamp of policing laws are at a precarious state, with influential law enforcement groups divided, lawmakers struggling to bridge a gap on long-standing sticking points and skepticism among many congressional Republicans about the need for legislation at a time of rising crime in the United States,” CNN reports.

“The complicated dynamic comes at a crucial time: After blowing past two deadlines, lawmakers say they need to make a decision by August on whether they can reach a deal or pull the plug. And now it’s anyone’s guess whether a deal can be reached, a sharp shift from just weeks ago.”

“The House voted Wednesday to create a select committee dedicated to investigating the Jan. 6 insurrection, in what will likely become a partisan fight over establishing the facts of the violent attack on the Capitol,” The Hill reports.

“Lawmakers voted largely along party lines, 222-190, with only two Republicans joining with all Democrats to back the new committee.”

“Democrats wanted a panel of outside experts to investigate the Jan. 6 insurrection. Instead they might have to deal with the Trump wing of the House GOP,” Politico reports.

“The House is set to vote Wednesday to create a new committee with a weighty mandate to dig into the worst attack on the Capitol since the War of 1812. But as Democrats prepare that panel, both parties are still unsure about which Republicans, if any, will serve on its 13-member roster — a decision that will dramatically shape the direction of the investigation.”

Jonathan Bernstein: “Now that Senate Republicans have defeated an independent commission to investigate the Jan. 6 insurrection, House Speaker Nancy Pelosi is moving ahead with a backup plan and setting up a House select committee. Right away, she’s going to have a difficult decision to make.”

“By rule, Pelosi has the authority to veto Republican selections for the committee; by custom, parties choose their own members for such panels. But this is, to say the least, an unusual situation. Only a handful of House Republicans voted to impeach former President Donald Trump over the attack on the Capitol. Only 35 voted to support the originally proposed commission. It’s not clear how many Republicans even acknowledge that Joe Biden won the election and was legitimately inaugurated; most of them will at least say that he’s president, but many duck the question of how he got there. Some still back Trump’s false claims about fraud. And a handful participated publicly in riling up the crowd on Jan. 6.”

“That number is notable for its historical context: It puts Biden on the fastest pace for judicial confirmations in a first presidential term in more than 50 years.”

“Relatively few people are talking about it right now, but Thursday (and perhaps the days to come) could be one of the most pivotal moments in recent Supreme Court history,” the Washington Post reports.

“Yes, that pertains to the key decisions that are set to be handed down on Thursday, the final day of the court’s current term. The long-awaited cases include key rulings on the Arizona GOP’s election laws and the role of so-called ‘dark money’ in politics.”

“But history suggests it’s also quite possibly the time when we get some clarity about the future makeup of the court — and particularly the all-important question about whether Justice Stephen Breyer will retire.”

“Legal experts clashed on Wednesday over the wisdom of proposals to reduce the Supreme Court’s power to strike down democratically enacted laws, as President Biden’s commission on judicial branch overhauls held its first public hearing with witnesses,” the New York Times reports.

“But they spent limited time on the highest-profile idea associated with the panel — the push by some liberals to expand the Supreme Court, in response to Republican hardball moves that have left it with a 6-to-3 conservative majority even though Democrats have won the popular vote in seven of the past eight presidential elections.”

“While House Democrats have introduced a bill that would add four seats to the Supreme Court, it stands scant chance of being enacted under present political conditions.”

“Rudy Giuliani is the subject of a Justice Department inquiry into possible foreign lobbying for Turkish interests separate from a criminal probe of his activities in Ukraine,” Bloomberg reports.

“The Turkey inquiry, which has not been previously reported, is not criminal, in contrast to the Ukraine investigation, which resulted in the Federal Bureau of Investigation seizing Giuliani’s electronic devices in April 28 raids on his Manhattan home and office. Though both matters focus on whether Giuliani lobbied the Trump administration on behalf of foreign interests, the Justice Department usually takes a softer approach when it thinks failure to register wasn’t intentional.”

The top American military commander expressed deep concern that Afghanistan could slide into civil war and face “very hard times” unless its fractious civilian leadership unites and the haphazard array of armed groups joining the anti-Taliban fight are controlled and made “accountable” for their actions in battle, the Washington Post reports.

“I’m hoping that this craziness will fade over time. We hear about ‘AI’ standing for ‘artificial intelligence.’ They’re putting another kind of AI out: artificial insanity. They’re putting out messages that create an alternate reality, and people get into these echo chambers on the internet, and it’s all they hear, and they begin to believe the alternate reality.” — Al Gore, in a CNN interview, on the GOP’s embrace of Donald Trump’s false claims about election fraud.

“What we saw was my successor, the former president, violate that core tenet that you count the votes and then declare a winner — and fabricate and make up a whole bunch of hooey.”  — Former President Barack Obama, quoted by Reuters, on how former President Trump has undermined American democracy.

Sen. Mitt Romney (R-UT) said Donald Trump’s ongoing lying that he won the 2020 election is “like WWF,” comparing the former president’s return to rally events with the lurid theatrics of staged wrestling entertainment, the HuffPost reports.

Said Romney: “It’s entertaining, but it’s not real. And I know people want to say, yeah, they believe in the ‘Big Lie’ in some cases, but I think people recognize that it’s a lot of show, and bombast. But it’s going nowhere.”

Agricultural company Archer-Daniels-Midland sold a grain storage plant worth millions for just $250,000 to Sonny Perdue weeks after President Donald Trump selected him to be agriculture secretary, the Washington Post reports.

“The timing of the sale just as Perdue was about to become the most powerful man in U.S. agriculture raises legal and ethics concerns, from the narrow question of whether the secretary followed federal financial disclosure requirements to whether the transaction could have been an attempt to influence an incoming government official, in violation of bribery statutes, ethics lawyers say.”

A new C-SPAN Historians survey of U.S. presidents finds Donald Trump enters the ranks for the first time in the #41 position out of 44 presidents. The historians ranked him dead last for “Moral Authority” and “Administrative Skills.”

Featured Photo: The first couple on a patio off the Oval Office. Photographed by Annie Leibovitz, Vogue, August 2021