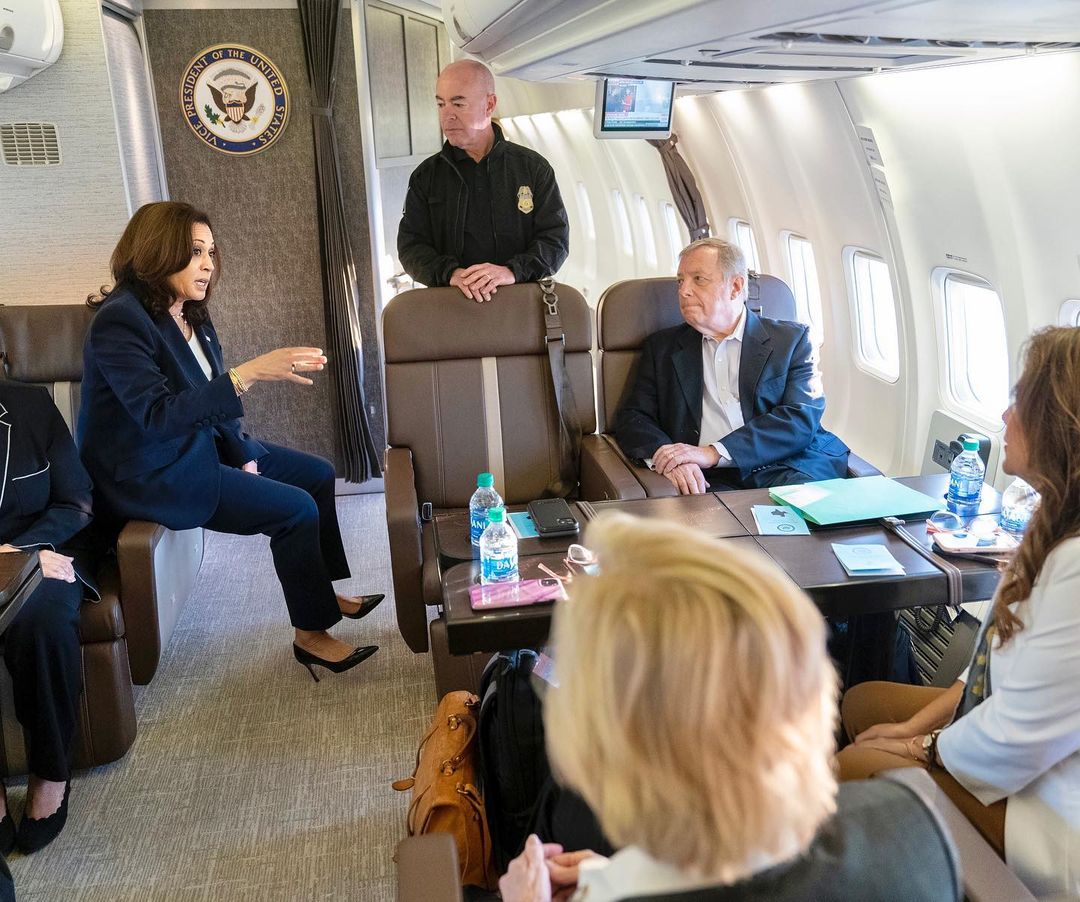 A new Gallup poll finds that only 29% of Americans say that the Covid-19 pandemic is over in the US, with 57% of Republicans saying it is, 35% of independents, and 4% of Democrats agreeing.

A new Morning Consult survey finds that “26% of the U.S. population qualified as highly right-wing authoritarian, twice the share of the No. 2 countries, Canada and Australia.”

Here’s a Morning Consult poll finding that will shape the upcoming Republican primaries: 61% of conservatives agree that “GOP officials who say there was no evidence of widespread fraud are part of a cover up.”

FiveThirtyEight: “New Jersey and Virginia have been hardest hit by the delays, as they’re the only states that hold elections for their state legislatures in 2021. Their redistricting commissions simply didn’t have enough time to remap their legislatures ahead of this year’s elections, so each state has opted to hold these contests under the current lines.”

“In Virginia, for instance, the old lines could help Republicans this November because much of the House of Delegates map was originally drawn as a Republican gerrymander.”

PENNSYLVANIA U.S. SENATOR — Roll Call: “Since he won a March 2018 special election that foreshadowed the blue wave that helped Democrats win House control that November, part of Connor Lamb’s appeal in his Western Pennsylvania district has been his willingness to buck his party and work across the aisle.”

“But data tracked by CQ Roll Call shows that Lamb has become more likely to vote with a majority of his fellow Democrats on votes that split the parties, although he still occasionally breaks ranks.”

“Nearly three-dozen corporate PACs have donated at least $5,000 to Republicans who objected to certifying the 2020 election, yet Toyota leads by a substantial margin,” Axios reports.

Replied Toyota in a statement: “We do not believe it is appropriate to judge members of Congress solely based on their votes on the electoral certification.”

“In Washington, the real insiders know that the true outrages are what’s perfectly legal and that it’s simply a gaffe when someone accidentally blurts out something honest,” The Guardian reports.

“And so it barely made a ripple last week when a Texas congressman (and Donald Trump’s former White House physician) said aloud what’s supposed to be kept to a backroom whisper: Republicans intend to retake the US House of Representatives in 2022 through gerrymandering.”

Said Rep. Ronny Jackson (R-TX): “We have redistricting coming up and the Republicans control most of that process in most of the states around the country. That alone should get us the majority back.”

CALIFORNIA GOVERNOR — On Thursday, Secretary of State Shirley Weber confirmed that a recall of Democratic Gov. Gavin Newsom will indeed go forward after just 43 voters withdrew their names from the recall petition put forth by organizers, leaving the effort with more than enough signatures to prompt an election.

The exact timing of the recall remains unknown, though. Officials now have up to 60 days to conduct a pair of reviews of cost estimates for the election, but they could take less than the allotted time. Democrats in the legislature are also considering a bill to cut the timeline even further, though election administrators have criticized the proposal, saying it would be too difficult to hold an election before mid-September.

WISCONSIN GOVERNOR — Republican lobbyist Bill McCoshen, who served in former Gov. Tommy Thompson’s cabinet in the mid-1990s, had previously said that he’d decide whether to run for governor in June, but with the month winding down, he’s now moved his timeline out to a vaguer “summer.” Republicans have yet to land a notable candidate to take on Democratic Gov. Tony Evers next year.

Politico: “Trump remains the leader of the Republican Party, commanding loyalty from members and remaining active in congressional and statewide races as he weighs a 2024 comeback. But at 42, Florida Gov. Ron DeSantis represents a young, fresh face who presses similar conservative policies but with arguably more discipline than the former president.”

“DeSantis has even started getting help from well-known Trumpworld figures, including former White House chief of staff Mark Meadows, who joined the governor on a west coast fundraising swing that included stops in Las Vegas and Southern California. But the biggest question remains whether DeSantis will outshine the former president, and if that will in turn provoke Trump.”

Politico: “Only months after Trump’s election defeat, Republicans are laying the groundwork for the all-important, first-in-the-nation presidential caucuses. Potential candidates are hopscotching across the state to fundraise, campaign for midterm hopefuls and appear at traditional party dinners that mark the start of caucus season.”

“And behind the scenes, Republicans are making overtures to influential activists, meeting with party leaders and hiring operatives with deep experience in Iowa, which is still expected to be the first 2024 contest for Republicans — even though Democrats are grappling with whether to change their nominating calendar. The burst of early activity — which is set to accelerate over the summer months — illustrates how Republicans are maneuvering with an eye toward succeeding Trump.”

ARIZONA SECRETARY OF STATE — State Rep. Shawnna Bolick, a Republican who championed a bill that would have allowed the state legislature to decertify the state’s presidential results at any point before Inauguration Day, has joined the primary for the open secretary of state post. Bolick, who also unsuccessfully urged Congress to overturn Joe Biden’s victory in Arizona, faces an intra-party fight against state Sen. Michelle Ugenti-Rita and state Rep. Mark Finchem, two fellow voter suppression crusaders.

Washington Examiner: “There is some good news for House and Senate Republicans in the latest Battleground Civility Poll. The results indicate that the GOP stands on the cusp of winning back the House and Senate if it can build out its base and reach just a few more wavering voters, such as older and suburban women.”

But GOP pollster Ed Goeas said there is a big hurdle in the way: “We need Trump to go away to get them.”

“A growing group of Republicans who could run for president in 2024 are making their way to New York to meet with lucrative donors,” CNBC reports.

“Potential contenders who either have or are set to gather with donors in the Big Apple include former Secretary of State Mike Pompeo, Sens. Tim Scott and Marco Rubio and Florida Gov. Ron DeSantis.”

Sen. Richard Shelby, the Alabama power broker who plans to retire at the end of next year after six terms in the Senate, is sitting on a mountain of cash that he and his allies are beginning to spend in earnest,” the Wall Street Journal reports.

“His PAC has about $6.7 million, while his own campaign accounts have nearly $10 million.”

Said Shelby: “I plan to help every Republican senator running.”

FWIW: “Republican candidates for local, state, and federal offices across the country are using Fauci’s image in their fundraising ads to rile up their base and shamelessly raise campaign funds.”

“By our estimates, over 40 Republican candidates and dozens more conservative organizations and Facebook pages have run more than 1,000 Facebook ads attacking Dr. Fauci in the past three months. Many of the ads are so similar that Republican digital firms must think they’ve struck gold.”