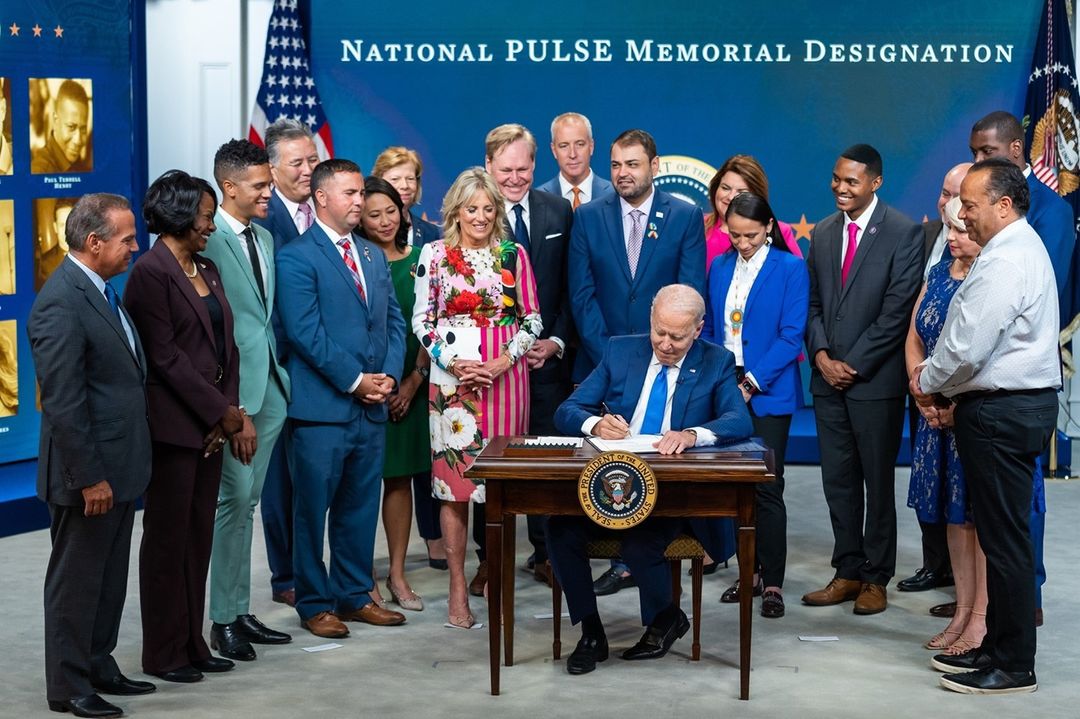 “Republicans, defined by one thing and one man for four-plus years, see a new, unifying platform to run on in the 2022 elections and potentially beyond,” Axios reports.

“Republicans tell us the work-in-progress plan argues that Biden Democrats are soft on crime, soft and ineffective on illegal immigration, and reckless and wrong with government spending.”

The key: “Each topic can be backed by actual policies, instead of drafting off Donald Trump’s cultural grievances and fanatical allegations of stolen elections.”

New York Times: “Digital operatives in both parties deploy an array of manipulative tactics that can deceive donors of all age groups: faux bill notices and official-looking correspondence; bogus offers to match donations and hidden links to unsubscribe; and prechecked boxes that automatically repeat donations, which are widely seen as the most egregious scheme.”

“But some groups appear to specifically target older internet users, blasting out messages with subject lines like ‘Social Security’ that have particular resonance for older people, and spending disproportionately on ads for an older audience. In many cases, the most unscrupulous tactics of direct mail have simply been rebooted for the digital age — with ruthless new precision.”

Nathaniel Rakich: “Altogether, this has sparked a narrative that the rise in violent crime poses a political problem for Democrats, who are the ruling party and also traditionally perceived as softer on crime.”

“But at this point, it’s not really clear that the crime issue will hurt Democrats and anti-police progressives politically.”

Cook Political Report: “New York may be the highest-stakes state of the entire 2022 redistricting cycle. Democrats hold a 19-8 lead in the Empire State’s House delegation.”

“But given the GOP’s power to redraw other states like Florida and Texas, Democrats may have no choice but to gerrymander aggressively here to have any chance of holding the House majority — no matter how brazen it ends up looking.”

Amy Walter: “Traditionally, a midterm election is driven by two major factors — the political environment and opinions about the sitting president. This year, however, it is redistricting that is likely to be the most significant. In fact, until we know what the new lines are going to look like, discussions about Biden’s approval ratings, the political climate, or the makeup of the electorate are pointless.”

Rick Hasen: “In terms of election subversion, the biggest concern I have right now is what happened in Georgia, where as punishment for Raffensperger standing up to Trump, the secretary of state has been taken out of any authority as to how the state election board does its job, to be replaced by someone handpicked by the Republican legislature. This board now has the power to do temporary takeovers of up to four counties.”

“You could easily imagine the state boards taking over how the election is run in heavily Democratic Fulton County, and then imposing rules or messing with election counts in ways that could affect the outcome in the now very purple state of Georgia.”

HOGAN 2024 — Washingtonian on the possibility of Larry Hogan in 2024: “How does a commercial real-estate broker turned pol trample high-priority items for progressives and the left, yet win their vote?”

“Even veteran observers of Maryland politics have found themselves baffled by the alchemy of Hogan’s continued appeal in a deep-blue state. Part of it is rooted in Hogan’s refusal to engage in the culture wars.”

“Six Democrats so far have announced they will be leaving the House in 2022, most in swing districts where the lack of an incumbent likely makes it tougher for the party to hold the seat. Rep. Conor Lamb of Pennsylvania will likely be added to that list, as he’s expected to jump into his state’s Senate race later this summer,” Politico reports.

“But party strategists say that figure is smaller than they expected, delivering a morale boost for Democrats as they brace for a midterm election that could dismantle their narrow majority. And some swing-seat members in Texas, Pennsylvania and Florida — many of whom were openly mulling futures outside the House — are now expected to stay put. … Democratic lawmakers and aides say their party has so far avoided the worst-case scenario, in which their most battle-tested members jump ship even before the redistricting commences.”

“Haley also offered a preview of how she may distinguish herself in a 2024 presidential contest: as a Republican with a diverse background.”

CNN: Nikki Haley tests the Iowa waters while the base yearns for Trump.

Wall Street Journal: “A critic of Mr. Trump before becoming his United Nations ambassador for two years, Ms. Haley will on Thursday evening headline the Republican Party of Iowa’s biggest gathering of the year.”

“Her Lincoln Dinner appearance, a high-profile stop in the state that is expected to host the first GOP presidential nomination balloting in 2024, will give the former South Carolina governor a chance to both introduce herself to activists and offer contrition to supporters of Mr. Trump that she may have offended in the past.”

Said Iowa political operative Doug Gross: “She is ambitious and capable, but I think she suffers from the disease of not knowing what lane she is in.”

TAYLOR 2024 — Mediaite: “Miles Taylor, the former Trump official once known only as ‘Anonymous’ for the dramatic New York Times op-ed he wrote revealing an internal resistance to the Trump administration, said he would run against the former president in 2024.”

Wrote Taylor on Twitter: “If Trump somehow wins the GOP nomination in 2024, I will run against him as an independent. And recruit more conservatives to do the same. We will split the vote and sink him.”

“Florida’s new elections reform law is causing headaches and confusion for the state’s 67 county elections supervisors — and several vented their frustrations to Secretary of State Laurel Lee and other state officials,” the Tampa Bay Times reports.

Arizona Republic: “A last-minute addition to the state budget approved by senators along party lines early Wednesday would create a committee to receive the findings from the ongoing election review.”

“The committee would make recommendations to the Senate president based on those findings, including calling for a special session to take up legislation.”

“Only a fraction of the thousands of formerly incarcerated people whose voting rights were restored in time for the 2020 election made it back on to the voter rolls in four key states — Nevada, Kentucky, Iowa and New Jersey,” the Marshall Project reports.

“Many people working to register newly eligible voters said the low registration numbers for formerly incarcerated people reflect more than apathy and political alienation. Most don’t even know they now have the right to vote. None of the states in our analysis required corrections departments or boards of elections to notify newly eligible voters of their rights. The task was left to political organizers.”

Politico: “For almost half a century, the institute, a branch of Harvard’s Kennedy School of Government, has hosted its campaign managers conference in the weeks following each presidential election.”

“That won’t be happening this year. On Saturday, there will be a ‘look back’ discussion, but only featuring one half of the 2020 campaign: the Democrats. But a parallel effort to invite former aides to Trump for a separate event is foundering over scheduling problems, amid internal worries of a backlash over hosting allies of the former president.”