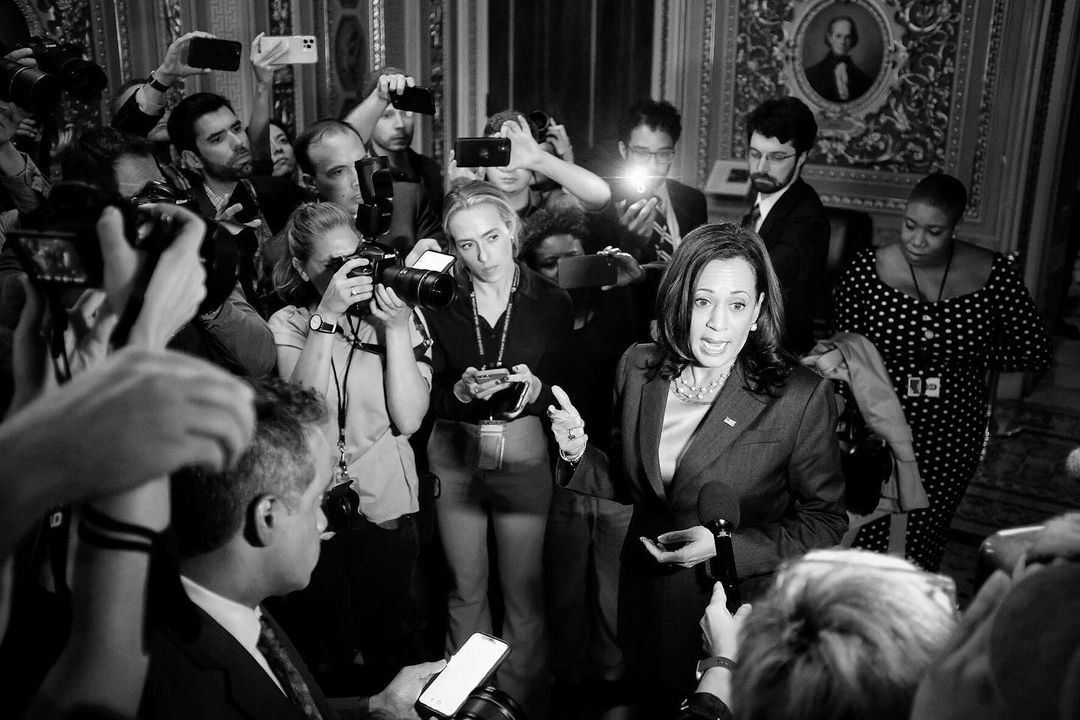 A new Quinnipiac poll in Texas finds 46% of voters think Gov. Greg Abbott (R) deserves to be reelected, while 48% say he does not deserve to be reelected.

With former Rep. Beto O’Rourke (D) not ruling out a possible challenge to Abbott in 2022, voters overall say they would not like to see him run for governor, 52% to 41%.

Andrew Yang officially dropped out of the race: “I am not going to be the next mayor of New York City based on the numbers that are coming in tonight. I am conceding this race.”

“Democrats, in private and public, are warning that rising crime — and the old and new progressive calls to defund the police — represent the single biggest threat to their electoral chances in 2022,” Axios reports.

“Democrats say it’s no coincidence that Eric Adams, the leader in the New York City mayoral race, ran against defunding the police.”

The schedule for ballots to be received, votes to be counted, and results to be released from New York City’s Tuesday primaries—for mayor and for most other races—is complex and confusing, but we’ve sorted it out to the greatest extent possible below:

Exactly when all ballots will be tallied and final ranked-choice tabulations will be run is unknown.

Gallup: “While Americans’ support for Biden is holding firm, their approval of Congress slipped to 26% this month, from 31% in May. It is now 10 points below this year’s high of 36% recorded in March, around the time Congress passed the largely popular CARES Act, which provided $1.9 trillion in new COVID-19 economic relief.”

“The mechanics of the recent decline in congressional approval are clear, as support fell sharply among Democrats, to 38%, down from 54% last month.”

A new Des Moines Register poll finds President Joe Biden’s approval rating among Iowans is underwater six months into his term in office, with 43% approving of the job he is doing and 52% disapproving.

A months-long Republican investigation into Michigan’s 2020 election uncovered no evidence of widespread fraud and concluded Wednesday with a recommendation the attorney general investigate those who made false claims for “personal gain,” Bridge Michigan reports.

From the report: “Our clear finding is that citizens should be confident the results represent the true results of the ballots cast by the people of Michigan. The committee strongly recommends citizens use a critical eye and ear toward those who have pushed demonstrably false theories for their own personal gain.”

“India Walton, the community activist barely known to many Buffalo voters just months ago, shocked four-term incumbent Byron Brown in Tuesday’s Democratic primary for mayor in what may rank as the most historic upset in the city’s political history,” the Buffalo News reports.

NBC News: “If Walton, 39, wins the primary and the general election later this year, she would become the first socialist mayor of a large American city since 1960, when Frank Zeidler left office in Milwaukee.”

Walton was captured on video telling her mother that she won.

Montana Gov. Greg Gianforte (R) claimed that changes to state voting laws would stop dead people from voting in Montana, the Helena Independent Record  reports.  Said Gianforte: “We’re cleaning up our voter rolls so dead people don’t vote anymore.”  However, “the new law does not change a state statue allowing the vote of an elector who returns their completed absentee ballot and then dies before Election Day to be counted.”

GEORGIA 6TH CD — Republican Jake Evans announced Monday that he was resigning as chair of the Georgia ethics commission ahead of what the Atlanta Journal-Constitution says is his anticipated campaign against Democratic Rep. Lucy McBath.

Former Rep. Katie Hill (D-CA) told Axios she thinks her sex scandal was “politically survivable” and she’s contemplating another run for Congress.  Said Hill: “You really wonder how much of it was the pressure I put on myself because I was a woman, and because I’d been an advocate for the #MeToo movement, and how much of it was sexism and … the public shaming aspect of it, the revenge-porn aspect of it.”

WYOMING AT LARGE CD — Daily Beast: “Six candidates onstage didn’t just castigate Cheney for calling out Trump’s unfounded claims about the election he lost, or just enthusiastically embrace those claims themselves. They bragged about being in Washington for the Jan. 6 riot. They endorsed nationwide audits of the 2020 election … and they flirted with leading threads of the QAnon conspiracy theory.”

“Wyoming’s GOP congressional hopefuls run the full gamut of experience, poise, and polish. Some are total newcomers who’ve never held or campaigned for office. Some are state lawmakers and party officials. But all are exactly the same when it comes to the most important qualification in today’s Republican Party: unswerving personal devotion to Trump.”

“In the pushback to the For the People Act, the National Senatorial Campaign Committee released a series of ads hitting Democratic senators for voting for the bill,” the Atlanta Journal-Constitution reports.

“But it was the ad against Sen. Raphael Warnock that raised some eyebrows, since it framed Warnock’s support for the elections bill as ‘welfare for politicians.’ Warnock, who is Georgia’s first Black senator, grew up in public housing in Savannah and was the only senator to be tagged by the GOP with the ‘welfare’ pejorative.”

“A spot focused on Sen. Maggie Hassan of New Hampshire, for example, billed the legislation as a ‘Washington waste plan,’ while another hitting Sen. Mark Kelly, a former astronaut, used the phrase ‘this isn’t rocket science.’”

CNN: “Sometimes the former President complains for several hours about the ‘stolen’ 2020 election. Other times, his frustrations emerge in fits and starts — more likely when he is discussing his hopeful return to national politics. And while he often has a rotating audience of cheering listeners, the gap between Trump and his daughter and son-in-law grows wider by the week.”

“Ivanka Trump has also struggled to undo the entanglements caused by the years at her father’s side in the White House, as she seeks a less complicated life for her family… They described her as having to walk a fine line between embracing her father and distancing herself from his election lies.”

MARYLAND GOVERNOR — “Tom Perez, who spent the last four years leading the national Democratic Party, is launching a campaign to be Maryland’s next governor,” the Baltimore Sun reports.

House retirement announcements are running slightly above the pace of the 2018 and 2020 cycles, according to Ballotpedia.

Back in April, the Conservative Party in Onondaga County, which makes up most of New York’s 24th Congressional District, said it won’t endorse Katko again because of his January vote to impeach Donald Trump, a move that utterly delighted the GOP’s master. Syracuse.com reports that Trump delivered a handwritten thank you letter on Monday to the local Conservative chair that castigated the congressman as “bad news.” Trump added, “I won big in area. Will help with campaign—find a great candidate.”

It won’t surprise you to learn that Trump did not win “big in area.” The current version of this constituency, which is home to Syracuse, supported Joe Biden 53-44, which was a notable shift to the left from Hillary Clinton’s 49-45 showing four years earlier.

About the only thing Trump doesn’t lie about, though, is his desire to destroy the Republicans who’ve rejected him, so we should expect him to devote time to making an example of Katko. So far we haven’t heard anyone so much as mentioned as a possible primary foe, though it’s likely that Trump and his allies will motivate someone to step up.