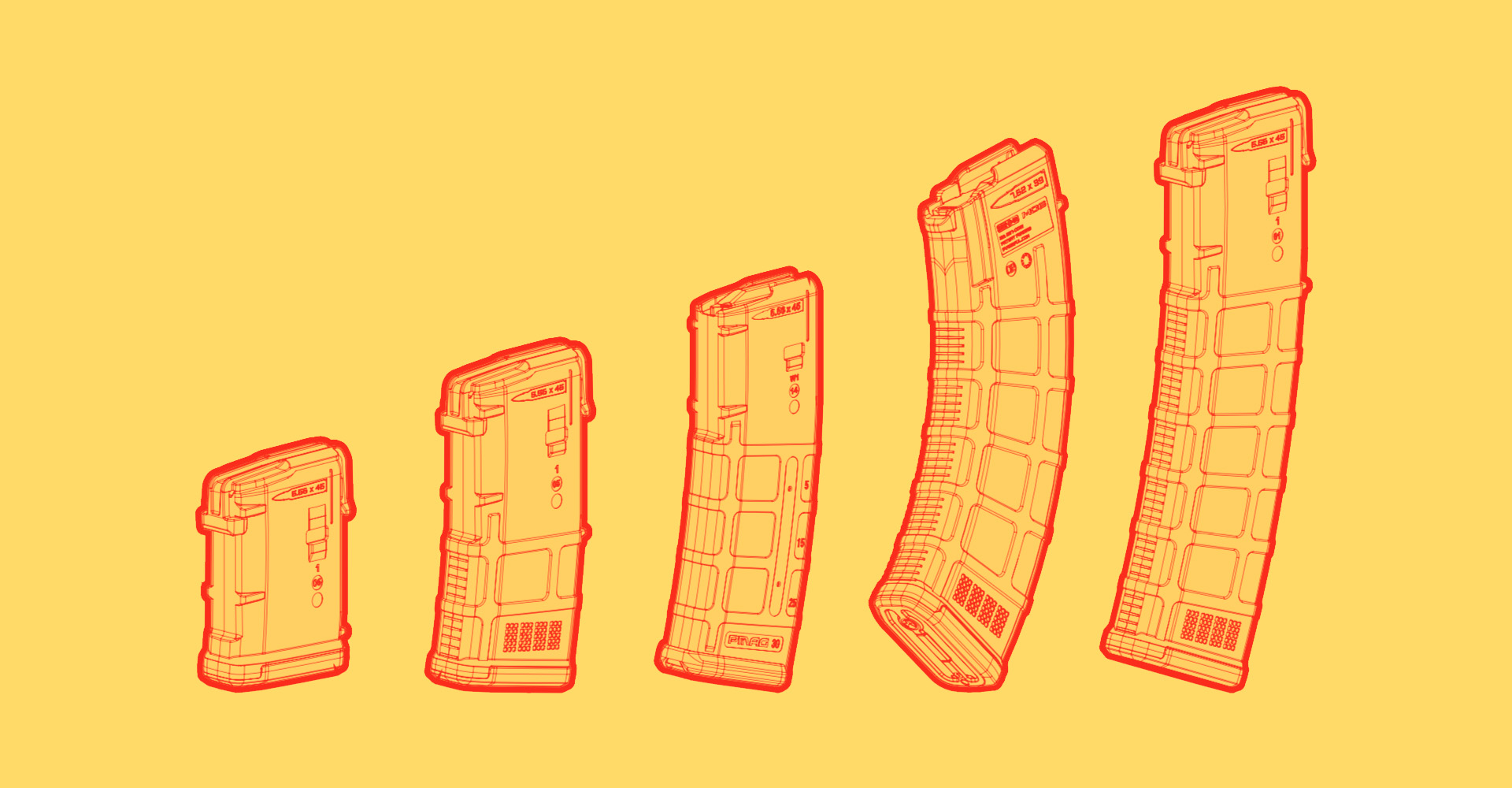 So Senate Bill 6 has run into a speed bump, or a brick wall. We shall see. Essentially the problem comes down to the alleged notion that the legal definition of large capacity magazines in the version of Senate Bill 6 that passed the Senate would ban all magazines for handguns and long guns, whether they are large capacity or not, and as such, the bill would likely not pass the House.

Therefore, the bill’s House Sponsor, Representative Nnamdi Chukwuocha has filed an Amendment to address that alleged problem. The amendment replaces the original language with new definitions of “large-capacity magazine” and targets after-market magazines that exceed the designed capacity of the magazines that are included with firearms as standard from the manufacturer.

The definition included in the original version of SB 6, which the Senate passed in April, stated that a large-capacity magazine “includes an ammunition feeding device with a removable floor plate or end plate, if the device can readily be extended to accept more than 17 rounds of ammunition.”

However, that description applies to nearly all magazines sold with firearms from the manufacturer, which Rep. Chukwuocha noted would mean that SB 6 as originally constructed would almost universally outlaw standard magazines, an obvious conflict with the intent and purpose of the bill.

The amendment also would establish a crime of selling, purchasing, receiving, or transferring a large-capacity magazine, and would make the offense a class E felony. The original bill carries a penalty of a class B misdemeanor for a first offense and a class E felony for each subsequent offense. For this offense, “large-capacity magazine” would be defined as “any magazine that exceeds 20 rounds of ammunition for a handgun and 30 rounds for a long gun,” which are standard capacity sizes for those respective firearm magazines from the manufacturer.

My thoughts on this is that this is rushed and that is no accident. The plan is to jam House members and the Senate with this Amendment. And I don’t like that. I say we need to delay this vote and consider it over the break and tackle it in January. If a vote is forced today, vote no.

I am told the Amendment likely already has 7 no votes among the Democrats and it is unlikely any Republican votes for it. So that takes us down to 19 votes.

UPDATE: Well, the Amendment passed by a nefarious voice vote. The bill as amended then passed by a vote of 24-16-1 in one of the strangest vote breakdowns you will ever see. Check it out below. You have progressives Paul Baumbach and Eric Morrison voting no along with moderate Andria Bennett, Bill Bush and Bill Carson, plus 11 Republicans. Then you have Republicans Kevin Hensley, Michael Smith and Mike Ramone voting yes with the rest of the Democrats, which include such progressives as John Kowalko, Sean Lynn, Larry Lambert and Madinah Wilson-Anton.

The amended bill now goes to the House and you have to wonder what happens there. If I were Dave Sokola, I would sit on it for a while, and perhaps introduce a whole new bill, or a whole new bill in the form of a new Senate Amendment, play ping pong with the House in the new year.

All three sponsors of the Amendment, Reps. Chuckwuocha, Matthews and Williams, have all received lifetime “F” ratings from the Delaware affiliate of the National Rifle Association.

The amendment also would eliminate a proposed mandatory relinquishment and buyback program outlined in SB 6, which has raised constitutionality questions. However, a separate bill offering a voluntary program may be introduced in January.

SB 6 is scheduled for a House floor vote this afternoon. This post will be updated with the votes when that occurs. If it passes with a House amendment, SB 6 would need to be sent back to the Senate so that they can pass the amended bill.