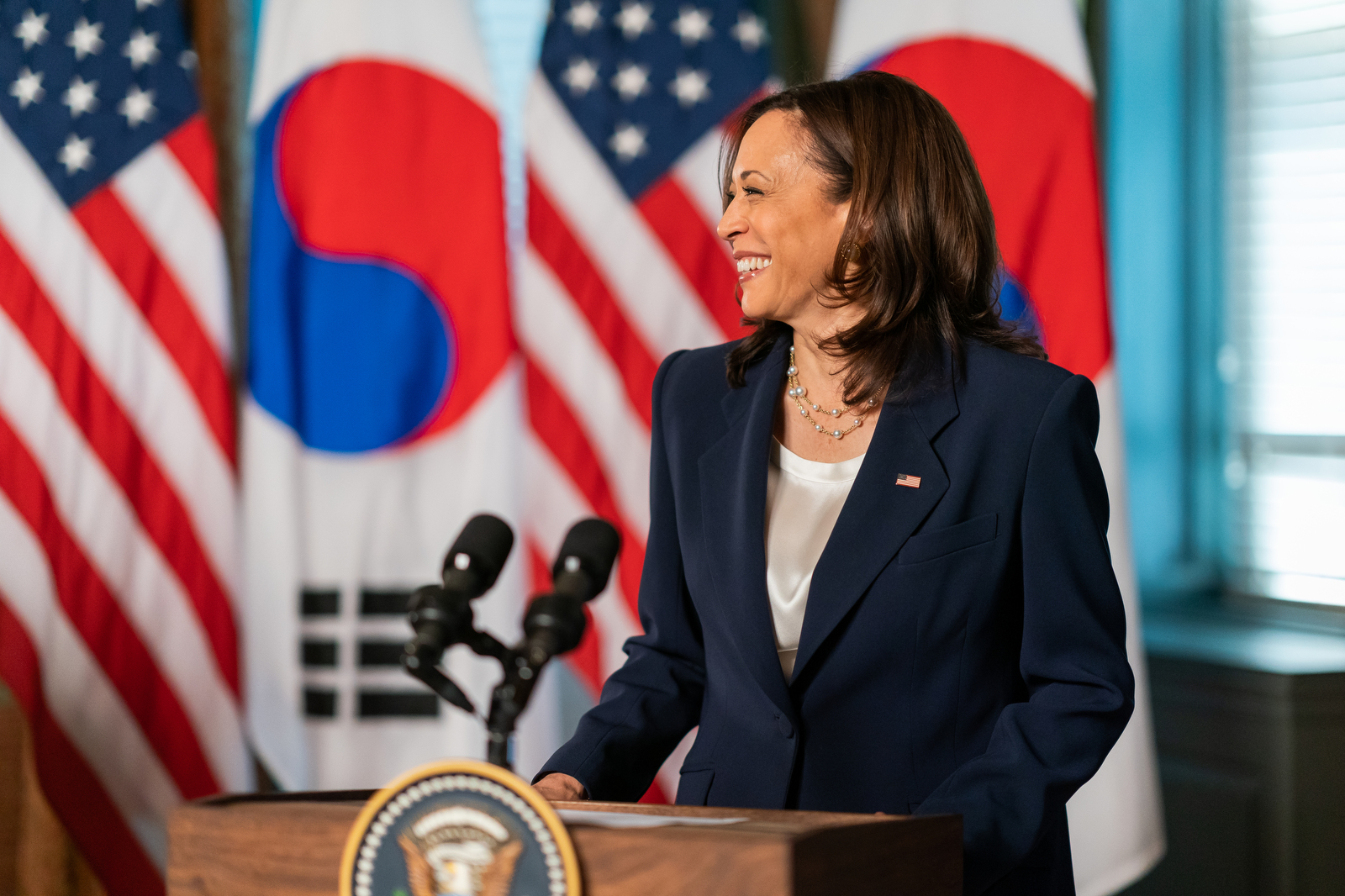 “But under New York’s new ranked-choice voting system, the election now heads into an instant runoff that could last for weeks and keep the Brooklyn borough president from officially claiming his party’s nomination.”

“More than 31% of voters listed Adams as their first choice to be mayor. Attorney Maya Wiley, who won a late surge of support on the left, took 22% of first-place votes, and former sanitation commissioner Kathryn Garcia won 20% of first-place ballots as of midnight.” The “instant runoff” is anything but instant.

One big challenge for pollsters is that New York City will be the largest jurisdiction in America to ever hold an instant-runoff election, and no one, including the candidates, is quite sure what to expect. Vividly illustrating the terra incognita this new system is uncovering, Yang and Garcia made news over the weekend by campaigning together, an alliance that would never come about in a traditional primary.

No matter what, though, we’re very unlikely to know for sure who’s won the Democratic nomination until mid-July. While votes will be tabulated Tuesday after polls close at 9 PM ET for ballots cast in-person during the early voting period and on Election Day, mail-in votes will not be counted until the week of July 12. The New York City Board of Elections said last month that the delay is a result of a state law that allows absentee votes to be received for up to two weeks after Election Day, and for voters to fix any minor errors.

Ranked-choice tabulations will not occur on election night but will instead start June 29. You’ll notice that this date is long before the count of mail ballots will begin, raising the obvious question of why anyone would bother tabulating any instant-runoff scenarios before all votes are counted, since they won’t be representative of the full electorate.

Slow Boring: “His campaign has not laid out a clear set of ideas about how to govern the city but instead has focused on building a coalition between leading unions, some business interests, churches, and what’s left of the Democratic Party apparatus. These groups are part of the warp and woof of the city and its politics, providing campaign workers in off-off-cycle city council races, lobbying administrative agencies, and mastering the dark arts of navigating the city’s Byzantine ballot access system. Adams has held event after event touting and cementing this coalition.”

“By contrast, the policy section of his website is a bunch of blog posts and platitudes — an afterthought. The coalition is the point. Adams is trying to create a political machine for the 21st century.”

“The Pennsylvania state senator in charge of a key election committee is backing an audit of the November presidential contest similar to Arizona’s partisan ballot review, four days after former President Donald Trump called him out and claimed he was dragging his feet,” the Philadelphia Inquirer reports.

“Despite two audits and assurances from every level of government that the election was free of widespread fraud, Sen. David Argall (R) told Spotlight PA he does not see the ‘damage in doing it one more time to try to answer the concerns that people have.’”

“The board of commissioners in a northern Michigan county that supported Donald Trump voted to pursue an audit of its election Tuesday,” the Detroit News reports.

NORTH CAROLINA U.S. SENATOR — File this one under endorsements you don’t want—if you’re running in a GOP primary: Retiring Sen. Richard Burr, who was one of seven Republicans who voted to convict Donald Trump at his second impeachment trial, just described former Gov. Pat McCrory as “the only one in the race that can win the general election” in next year’s Senate race in North Carolina. It’s not clear whether McCrory actually considers Burr’s comments to be a formal statement of support, but the surest sign we can look for is whether rival campaigns try to use this against him at some point.

The Club for Growth released a statement saying “it has already raised $5.125 million to support Rep. Ted Budd’s (R-NC) campaign to become the next Senator from North Carolina.”

Said former NRCC Executive Director John Rogers: “That’s the way Democrats can avoid the usual losses in the midterm: They have the names and addresses.”

ALABAMA GOVERNOR — State Auditor Jim Zeigler said Monday that he was forming an exploratory committee for a potential Republican primary campaign against Gov. Kay Ivey, but don’t mark him down as a candidate yet. Zeigler took this very action back in 2018, but he ended up staying out of that contest for governor. The auditor said later that year that he’d formed an exploratory committee for a 2020 Senate race, but he never so much as filed FEC paperwork afterwards.

ARIZONA GOVERNOR — Former Rep. Matt Salmon unveiled an endorsement Monday from extremist Rep. Andy Biggs for next year’s Republican primary. It’s hardly a surprise that Biggs decided to back his predecessor in Congress: Back in 2016, Salmon issued a retirement announcement that caught almost everyone off guard except Biggs, who immediately entered the House race with Salmon’s endorsement.

CALIFORNIA GOVERNOR — Democratic Gov. Gavin Newsom is out with a trio of TV ads as part of what Politico says is a $3 million opening reservation ahead of the unscheduled recall vote, and while the first spot touts his accomplishments, the other two take aim at his many far-right enemies.

One commercial begins, “The same Trump Republicans who refuse to accept the presidential election are back, passing voter suppression laws across the country. Now, they’ve set their sights on California.” As footage of the Jan. 6 attack on the Capitol plays, the narrator declares, “Different tactics, same assault on democracy.”

The final ad, which is running in Spanish, makes many of the same arguments while also focusing on a figure closer to home. The narrator reminds viewers that a recall organizer named Orrin Heatlie wrote that his allies “supported tracking immigrants with microchips.”

OREGON GOVERNOR — On Friday, Yamhill County Commissioner Casey Kulla became the first elected official to announce a campaign for the Democratic nomination for this open seat. Kulla, who works as a farmer, won his first campaign in 2018 in his county, which is located southwest of Portland.

MARYLAND GOVERNOR — Nonprofit executive Jon Baron announced Monday that he was joining the crowded Democratic primary for this open seat. Baron, who formed an exploratory committee back in March, is a former official in the Clinton-era Department of Defense who went on to serve on boards and commissions during the Bush and Obama administrations, though this is his first run for office.

Baron later worked as vice president of Arnold Ventures, a group supported by a billionaire couple that describes its mission as “invest[ing] in evidence-based solutions that maximize opportunity and minimize injustice.” The nonprofit was in the headlines last year after it launched a program where it attempted to reduce crime by flying drones over Baltimore; Baron says he had nothing to do with this controversial initiative, which ended after six months.

PENNSYLVANIA U.S. SENATOR — Montgomery County Commission Chair Val Arkoosh earned an endorsement on Monday from EMILY’s List ahead of next year’s Democratic primary for this open seat. Arkoosh is the only woman running a serious campaign for Team Blue’s nomination, and that looks unlikely to change now that Reps. Madeleine Dean and Chrissy Houlahan have both taken their names out of contention.

NEW YORK 24TH CD — “Former president Donald Trump is offering to help back a primary challenger to Rep. John Katko, one of 10 House Republicans who voted to impeach him in January,” the Syracuse Post-Standard reports.  Said Trump: “Katko will never win again. He is bad news… Will help with campaign – find a great candidate.”  Katko represents a district that Joe Biden carried by 9 points in 2020.

“I never used the word concede. I have not conceded. There is a tremendous percentage that thinks the election was rigged and stolen.”  — Donald Trump, quoted by the Dallas Morning News, disputing that he admitted last week that Joe Biden won the election.