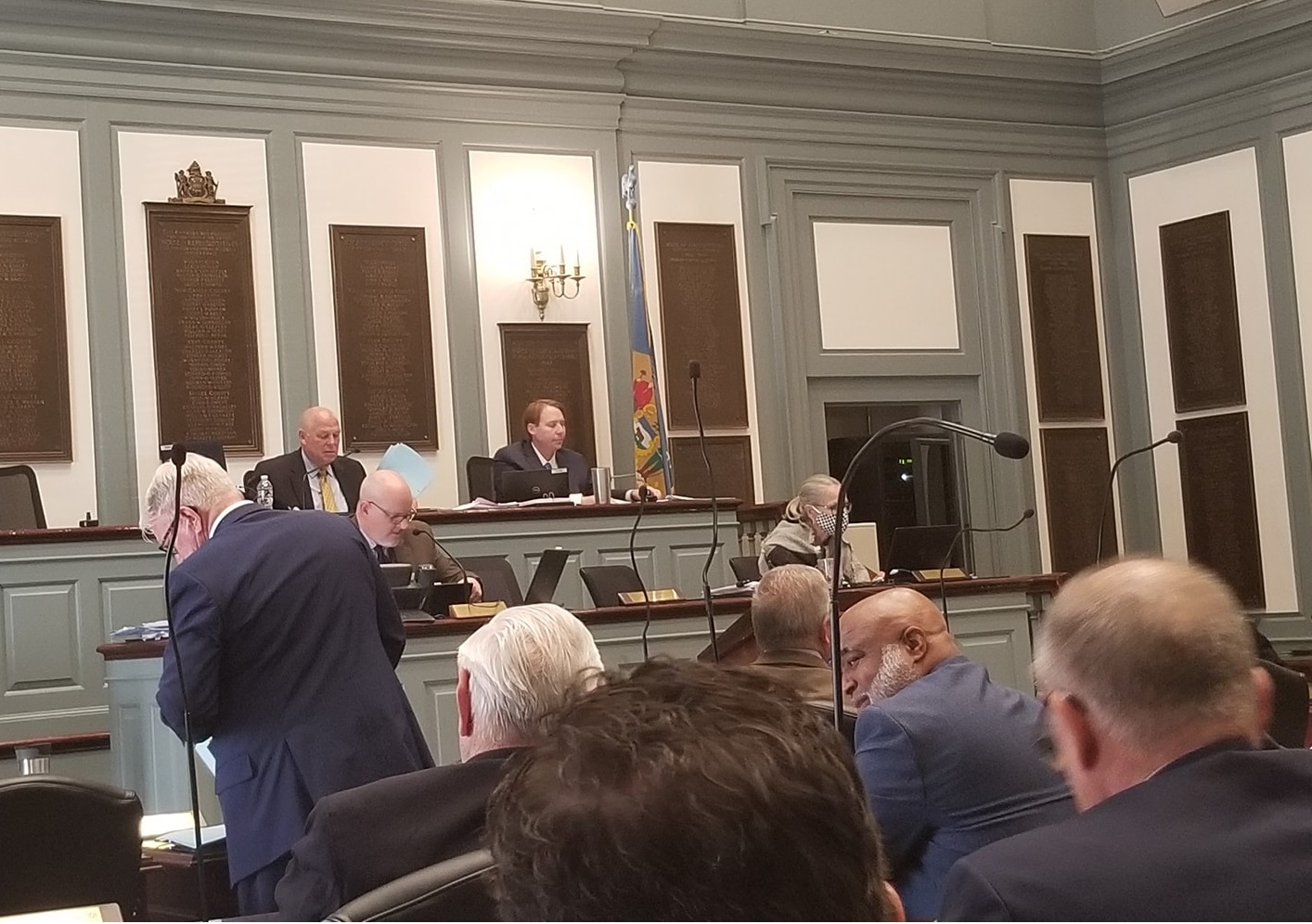 The House passed a Joint Resolution yesterday, HJR 4, that was sponsored by House Speaker Pete Schwartzkopf, a former police officer, that would allow members of the public to view complaints against police officers. The Resolution passed 40-0-1. It is now in the Senate Executive Committee and will likely get released out of there and get on the Senate Agenda soon.

Under HJR 4, the Criminal Justice Council would need to publish the lists by November and keep the data current, with the list of complaints updated at least annually, and the list of decertified officers updated whenever an officer is decertified.

Now, El Som at Delaware Liberal says that this Resolution is purposefully designed to “create the illusion of police accountability and transparency while providing none of either.” And given that Speaker Pete is the main sponsor and is pushing this Resolution, I do join in his skepticism.

El Som: “[A]ll you get is a list of police agencies with a list of the number of complaints lodged against them.  No names of police officers, no compilation of how many complaints per agency were deemed to have merit.  In other words, nothing. All we get is a list of former police officers who have been ‘decertified’.  Meaning, they are no longer on any police force.  Even for the Kop Kabal, this is cynical beyond their normal standards of covering up everything police-related.”

This is a legitimate complaint. We will find out the number of complaints, but not the names of the officers complaints are made against if they are still on the force. So much for transparency.

“Publishing reports of complaints by agency and a list of decertified officers will make this information more easily accessible to the public and provide more data for residents to know more about the police agencies that serve their communities,” said Rep. Schwartzkopf. “There is no single silver bullet to addressing police reform; we must take a series of steps forward toward improving transparency and accountability. This measure is another piece of a larger puzzle of reforming our criminal justice system to improve policing and ensure the system works the way it is intended.”

“We’ve been working hard this year to raise the level of transparency and accountability for police in Delaware through legislation that sets a higher standard for use of force and makes police misconduct records publicly accessible,” Senate President Pro Tempore Dave Sokola said. “They say no one is more impacted by bad police work than good police officers and this resolution – from a former state trooper – will further help restore trust in law enforcement by drawing a clear line between the dedicated men and women who faithfully protect our neighbors and those who have violated the public’s trust.”

2 comments on “HJR 4 – Transparency or Illusion?”