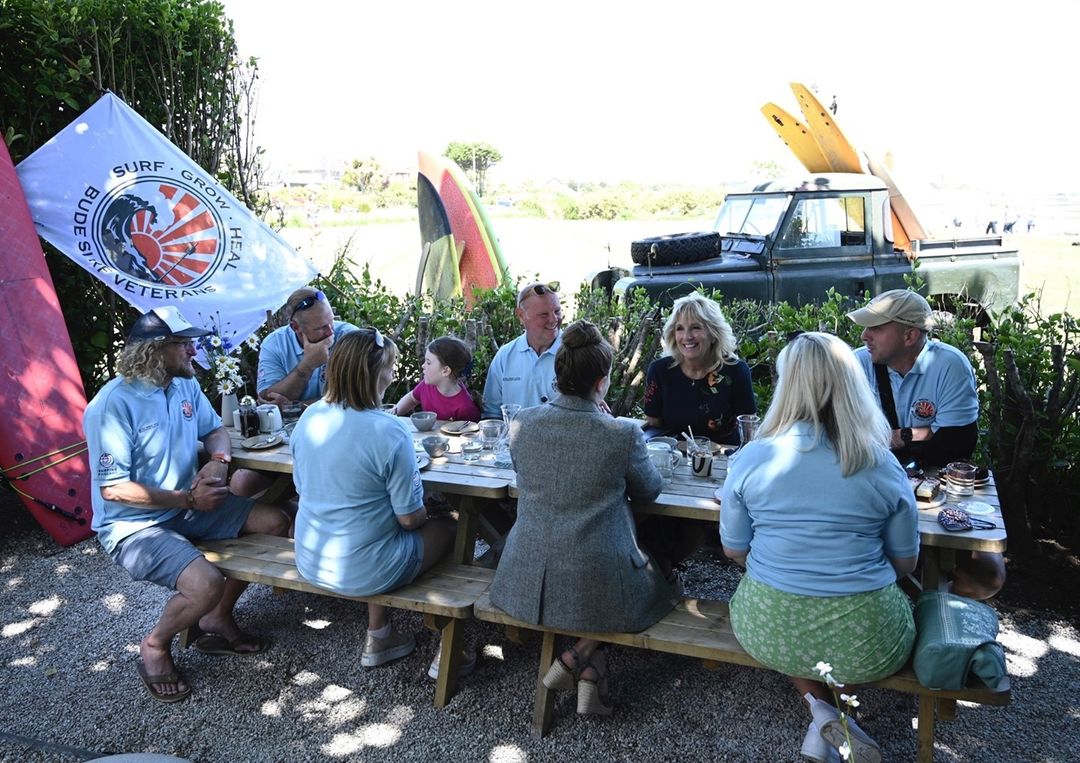 A new Monmouth Poll finds that 80% of U.S. voters support requiring photo identification when voting, while only 18% are opposed.

A new Ipsos poll the race for New York City mayor has Eric Adams at 28%, Andrew Yang at 20%, Kathryn Garcia 15%, and Maya Wiley at 13% on the first ballot of ranked-choice voting.

NEW YORK CITY MAYOR — “Andrew Yang and Kathryn Garcia, two leading candidates in the New York City mayor’s race, joined each other on the campaign trail on Saturday, a late alliance that the contest’s front-runner, Eric Adams, immediately sought to portray as an attempt to weaken the voice of minority voters,” the New York Times reports.

“Mr. Yang and Ms. Garcia stopped short of an official cross-endorsement, with Mr. Yang urging voters to rank Ms. Garcia second on their ballots but Ms. Garcia refraining from doing the same for him. Still, the two distributed fliers at a rally in Queens that featured their photos and names side by side.”

Harry Enten: “With the primary on Tuesday, the word ‘mess’ is the only real way to describe the Democratic mayoral primary in the country’s most populated and heavily Democratic city.”

“There are a lot of candidates (eight of whom qualified for the final debate last week), a new ranked choice system where voters get to rank up to five candidates if they want, and low turnout is likely.”

ARIZONA ATTORNEY GENERAL —  Former federal prosecutor Lacy Cooper announced Thursday that she would run to succeed termed-out incumbent Mark Brnovich, a fellow Republican who is campaigning for the U.S. Senate. Cooper was a finalist back in 2019 for an appointment to the vacant Maricopa County prosecutor’s office; the job went instead to Allister Adel, another Republican who won a close race the next year for a full term.

OHIO 11TH CD — Democrat Shontel Brown has released a new ad touting her work on the Cuyahoga County Council during the COVID-19 pandemic to improve access to remote learning, provide loans to local businesses, and allow people to text 911 for emergency services. She ends by once again pledging to work with Joe Biden in Congress, as she has in previous ads.

GEORGIA U.S. SENATOR — Either Herschel Walker, Texas resident, has in fact moved back to his home state, or he’s running an A+ trolling game. Or perhaps it’s both: On Thursday, Walker posted a short homemade video clip that shows him revving a car engine and saying, “Hey, what you hear there is hope. That’s what I call it.” (We call it revving a car engine.) He then exits the Nissan GT-R and zeroes in on its Georgia license plate as he says, “I’m getting ready—and we can run with the big dogs.” There are about 3.5 million registered vehicles in the state. Perhaps this one is his?

Even if so, there’s one locale we know he didn’t drive to: the Georgia GOP’s convention earlier this month, which the Atlanta Journal-Constitution described as an opportunity for Walker “to energize thousands of delegates who form the backbone of the state party.” The paper also reported that Republican leaders and activists are “running out of patience waiting for Walker to make a move.” Will this new home movie placate them? You’ll have to ask the big dogs themselves.

New York Times: “If Walker indeed jumps into the Senate race, it will go a long way toward firming up the 2022 pro-Trump roster in Georgia, where the former president has vowed to handpick G.O.P. candidates to exact revenge on the Republicans who declined to support his false contention that he was the true winner of the 2020 election in the state.”

“But a Walker candidacy may also prove to be the most high-stakes test of whether Mr. Trump’s fervent wish to play kingmaker will serve his party’s best interests in a hotly contested swing state that could determine which party controls the U.S. Senate.”

“The discovery of her firms’ involvement and the roles played by others sheds new light on the origins of a claim that the Trump White House pushed the Justice Department to investigate.”

New York Times: “GOP lawmakers have stripped secretaries of state of their power, asserted more control over state election boards, made it easier to overturn election results, and pursued several partisan audits and inspections of 2020 results.”

“Republican state lawmakers have introduced at least 216 bills in 41 states to give legislatures more power over elections officials… Of those, 24 have been enacted into law across 14 states.”

IDAHO GOVERNOR — “Bundy formally announced his run for governor with a platform centered on abolishing most state taxes and claiming federal public land for the state,” the Idaho Statesman reports.

Politico on how the GOP became the Barstool Party: “A half-decade ago, the originally Boston-based site and its rabid fan community wouldn’t have scanned as ‘political’ at all. But now, its proudly Neanderthal, reactionary ethos aligns perfectly with the side of our political binary that Trump reconfigured: the one whose common denominator is a tooth-and-nail, middle-finger unwillingness to accept liberal social norms.”

MISSOURI U.S. SENATOR — Kansas City Star: “One Republican candidate in Missouri’s Senate race skipped the state party’s annual convention last week and traveled instead to Arizona, where he toured the site of a discredited 2020 election audit and falsely claimed it could lead to decertification of the results.”

“Another contender recently announced a campaign event in the St. Louis suburbs with a former Trump administration official beloved by supporters of QAnon.”

“It’s a strategy being pursued by Republican candidates in races across the country ahead of 2022, as rhetoric from those seeking to undermine the legitimacy of President Joe Biden’s decisive victory over former President Donald Trump continues to escalate.”