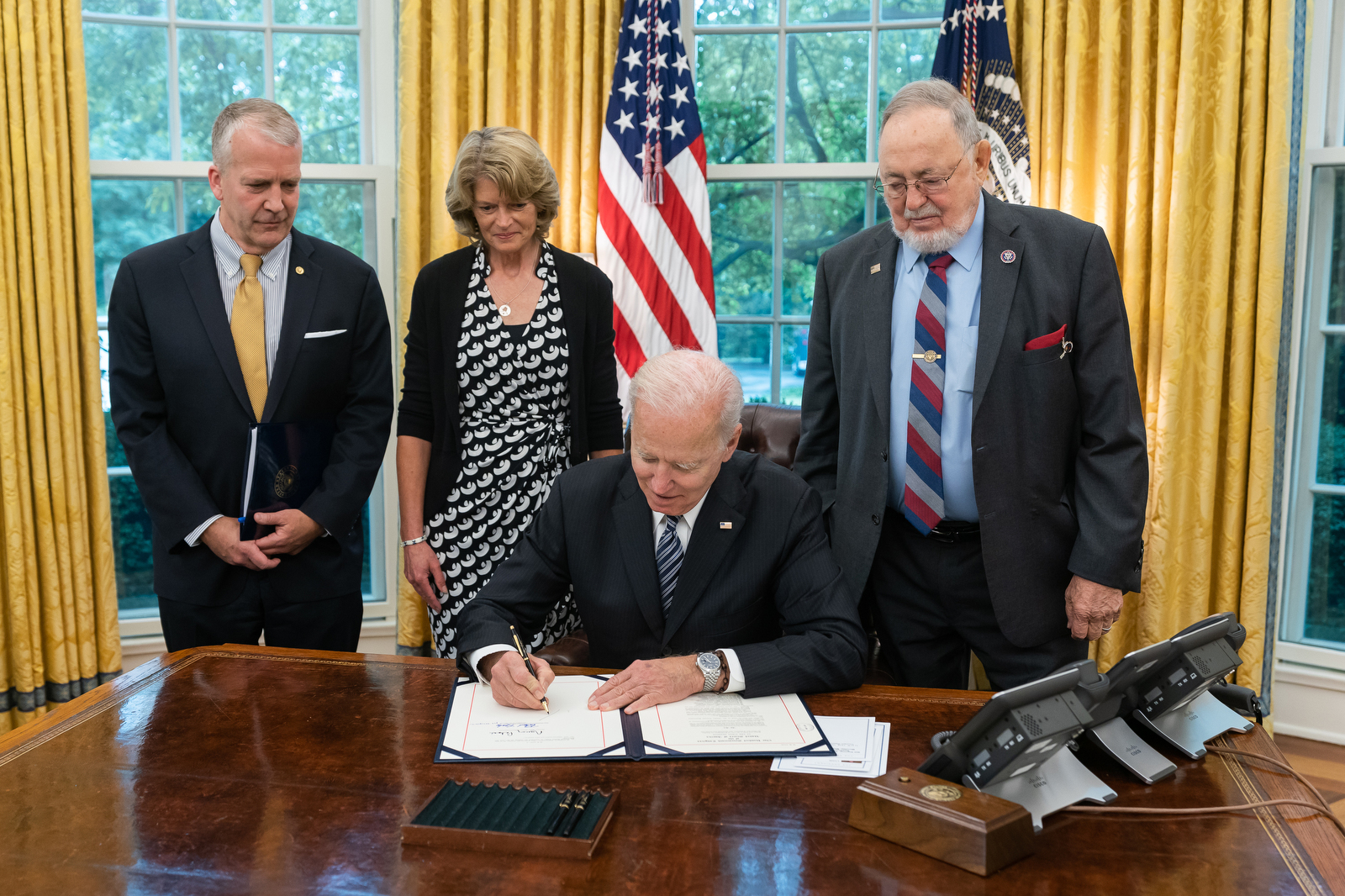 “Sen. Bernie Sanders (I-VT) drew his red lines on how to pay for a potential infrastructure compromise bill, as Democratic progressives continue to hesitate over joining the bipartisan deal on one of President Joe Biden’s biggest legislative priorities,” NBC News reports.

Said Sanders: “One of the concerns that I do have about the bipartisan bill is how they are going to pay for their proposals, and they’re not clear yet. I don’t know that they even know yet, but some of the speculation is raising a gas tax, which I don’t support, a fee on electric vehicles, privatization of infrastructure. Those are proposals that I would not support.”

Dan Balz: “President Biden returned to Washington from his European trip, facing what could be the defining weeks of his first year in office. After a fast and relatively successful start during his first 100 days, he now confronts some of his biggest decisions in the second 100.”

“Three major issues are on the agenda in the weeks ahead: the pandemic, infrastructure and voting rights. Together they will reveal more about the president’s leadership skills, the nation’s seemingly intractable political divisions and whether bipartisanship is possible or even advisable.”

“Senate Democrats are struggling for the total unity they need on major infrastructure and elections bills. Their gun control point man is determined to avoid that kind of quicksand,” Politico reports.

“Instead, Democrats are preparing to vote on a scaled-down guns bill — most likely a curtailed plan to boost background checks for firearm buyers. The goal is to unite the party and pick up a limited number of Republican votes, even as their effort appears headed towards the same doomed fate as previous proposals to curb gun violence.”

“Despite the all-but-certain GOP filibuster facing Democrats on guns, they’re well aware that a unified 50-vote Senate majority is the only way to put unmitigated political pressure on their opponents.”

“The United States said on Sunday it saw as an ‘interesting signal’ North Korean leader Kim Jong Un’s comments that he is ready for ‘dialogue and confrontation,’ but added that Washington was still waiting for direct communication from Pyongyang to start any talks relating to denuclearization of the Korean Peninsula,” NBC News reports.

Arizona recorded a small spike in cases this past week, marking a sudden increase in what has been a downward trend in cases for the state, the AP reports.

The Hill: “Like much of the southern U.S., Arizona is lagging somewhat behind the national vaccination rate with around 49 percent of the state’s population receiving at least one vaccine shot. Nationally, nearly 66 percent of U.S. adults have received at least one dose of a coronavirus vaccine.”

“It is essential as a scientist that you evolve your opinion and your recommendations based on the data as it evolves… And that’s the reason why I say people who then criticize me about that are actually criticizing science.” — Dr. Anthony Fauci, on the Sway podcast.

The U.S. sent 2.5 million Moderna COVID-19 vaccine doses to Taiwan on Sunday — more than triple the number it had previously pledged, the AP reports.

The Guardian: “With 100% of the official vote counted, leftist Pedro Castillo had 50.12% – and advantage of about 44,000 votes over his far-right rival Keiko Fujimori. But Fujimori has claimed fraud, challenging about 500,000 votes, calling for half to be annulled, and obliging officials at Peru’s electoral board to reexamine ballots – despite the lack of evidence of wrongdoing.”

“Two weeks after the election, which national and international observers said was transparent, the stance of Keiko Fujimori – the daughter of jailed 1990s autocrat Alberto Fujimori – has emboldened the far right, who have vowed not to accept the election results…”

“Apparently inspired by Donald Trump’s refusal to accept defeat at the US elections, Fujimori has led a string of marches against ‘fraud’ telling supporters at one rally: ‘The election will be flipped, dear friends.’”

Sen. Lindsey Graham (R-S.C.) said that a sweeping, Democratic-backed election reform bill was “the biggest power grab in the history of the country,” The Hill reports.

Said Graham: “It mandates ballot harvesting, no voter ID. It does away with the states being able to redistrict when you have population shifts. It’s just a bad idea, and it’s a problem that most Republicans are not going to sign – they’re trying to fix a problem most Republicans have a different view of.”

Said Whitehouse: “It’s a long tradition in Rhode Island and there are many of them and I think we just need to work our way through the issues.”

Sen. Ron Johnson (R-WI) stopped by Milwaukee’s Juneteenth Day celebration and a crowd of people at the event booed and heckled Johnson while hew as speaking to reporters.

Demonstrators took to the streets in at least 22 of Brazil’s 26 states to protest President Jair Bolsonaro’s handling of the pandemic — as deaths from COVID-19 surged past 500,000, the AP reports.

“A hard-line Iranian judge opposed to the country’s outreach to the West won Iran’s presidential election, consolidating conservative control over the country’s politics, as Tehran attempts to revive an international nuclear accord that would free the country of some U.S. sanctions,” the Wall Streets Journal reports.

Washington Post: “The victory by Raisi also showed the determination of Iran’s conservative establishment, including its security and intelligence agencies, to eliminate any political challenge at a critical moment.”

Texas Gov. Greg Abbott (R) “followed through on a threat to veto a section of the state budget that funds the Texas Legislature, its staffers and legislative agencies,” the Texas Tribune reports.

“The governor’s move targeting lawmaker pay comes after House Democrats walked out in the final days of the regular legislative session, breaking quorum, to block passage of Senate Bill 7, Abbott’s priority elections bill that would have overhauled voting rights in the state. The move also killed bail legislation that Abbott had earmarked as a priority.”