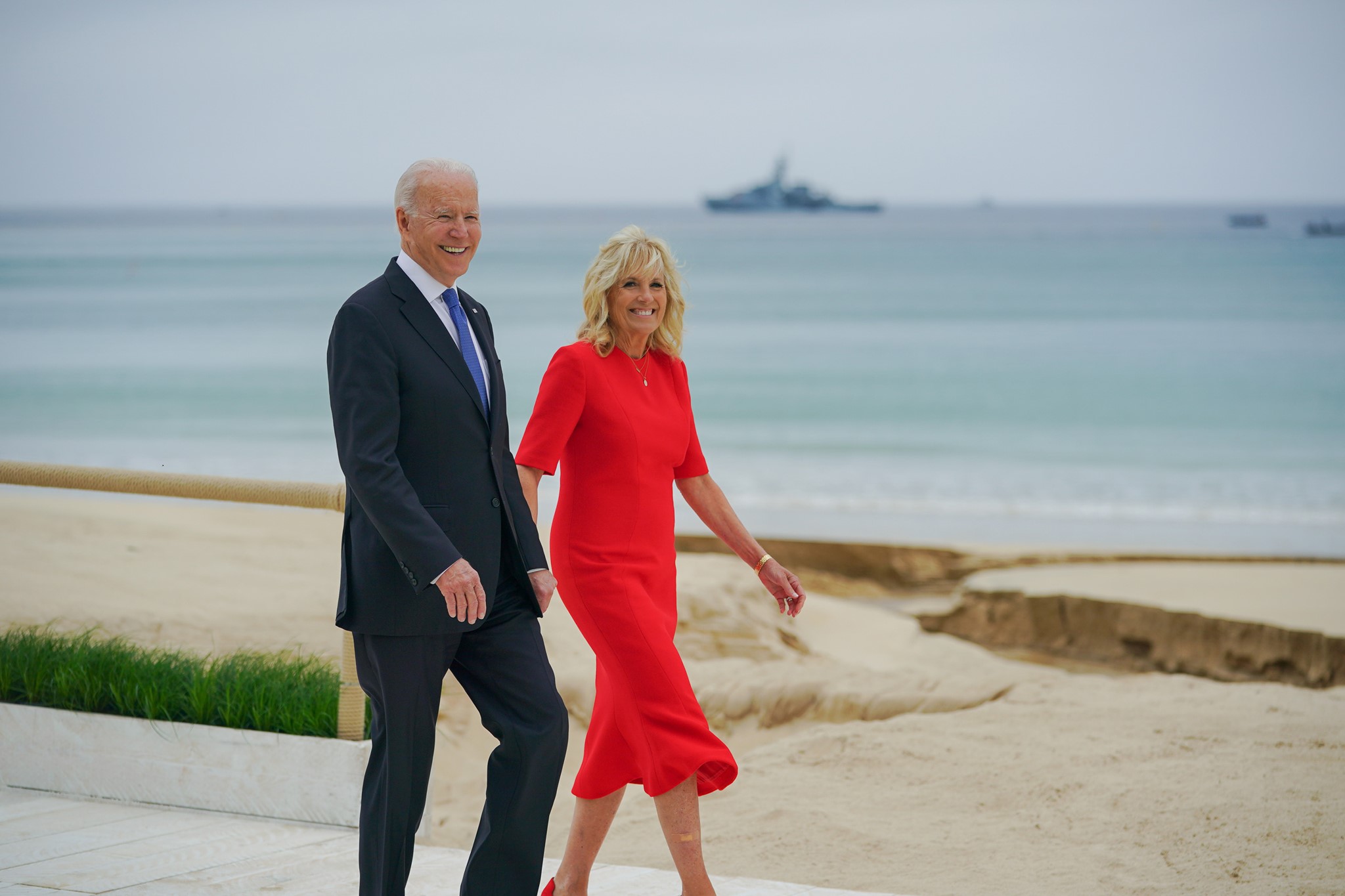 A new Franklin & Marshall poll in Pennsylvania finds Gov. Tom Wolf (D) with an approval rating of just 39%, down from 52% this time last year.

For comparison, President Biden has a 44% approval rating in the state.

ARIZONA GOVERNOR — Former Rep. Matt Salmon announced Wednesday that he would seek the Republican nomination for governor of Arizona, the office he narrowly lost back in 2002. Salmon, who was a regular headache for party leaders during two separate stints in the House, quickly earned an endorsement from a like-minded organization, the radical anti-tax Club for Growth.

Salmon got his start in politics in the state Senate in 1990, but he was soon elected to Congress in the GOP wave four years later when he flipped an open Democratic-held seat. Once there, he quickly became one of Speaker Newt Gingrich’s loudest intra-party foes. Salmon, who pledged to serve just three terms, was disgusted after Gingrich and his allies ensured that a term limits bill wouldn’t pass, later recounting, “I decided all bets were off. If he can speak his mind, I can speak mine.” The Arizona congressman lived up to that credo in the years that followed, making his mark as one of several fiscal ultra-conservatives willing to vote against the leadership even on important bills.

In early 1997, Salmon called for Gingrich to step aside due to an ethics investigation and took part in that year’s coup attempt against the speaker. That effort crashed and burned, but Salmon had considerably more success in 1998 after the GOP unexpectedly lost seats in the midterm elections. He took to “Larry King Live” days later to announce he had enough votes to keep Gingrich from being named speaker again, and party leaders agreed he wasn’t bluffing; soon thereafter, Gingrich resigned from Congress.

Unlike most of his fellow members of the class of ‘94 who’d pledged to serve just three terms—a popular promise at the time—Salmon stuck to his word and retired in 2000 before becoming a lobbyist. He was hardly done with politics, however. A devout Mormon who remained popular with social conservatives, Salmon decisively won the 2002 primary for governor ahead of a tough general election with the Democratic nominee, Attorney General Janet Napolitano.

Ultimately, Napolitano edged out Salmon 46-45, while 7% went to former Secretary of State Dick Mahoney, a Democrat-turned-independent who viciously attacked both his main rivals.

Salmon went on to lead the state party and returned to lobbying, a career that included work heading the now-defunct Electronic Cigarette Association, but he had yet another campaign in him. In 2012, he ran for the open 5th Congressional District, a safely red seat based in Mesa and Gilbert, and beat state House Speaker Kirk Adams 52-48 in the primary. Salmon made news the next year when he reaffirmed his opposition to same-sex marriage even though his son was gay.

He shocked everyone in February of 2016 when he revealed that he wouldn’t run for anything that year. Salmon is now back once again, seeking to capture the office that eluded him almost two decades ago, but he’s no sure bet to win the nomination to succeed termed-out GOP Gov. Doug Ducey. Salmon faces primary opposition from state Treasurer Kimberly Yee; Board of Regents member Karrin Taylor Robson; and Kari Lake, a former TV anchor who has recently taken to spreading far-right conspiracy theories. The Democrats are fielding Secretary of State Katie Hobbs and former homeland security official Marco López.

OHIO 11TH CD — Hillary Clinton has endorsed Cuyahoga County Councilwoman Shontel Brown in the special election for Ohio’s vacant 11th Congressional District. In the 2016 presidential primary, the 11th was Clinton’s best district in the state, giving her a 68-32 win over Bernie Sanders.

WEST VIRGINIA 2ND CD — Roll Call reports that the Office of Congressional Ethics is investigating whether Republican Rep. Alex Mooney used campaign funds for personal purposes, including thousands spent at hotels, resorts, and wineries in his home state of West Virginia. If the OCE concludes that Mooney has likely violated campaign finance regulations, it can ask the House Ethics Committee, which has the power to punish such violations, to investigate further.

Mooney’s political future is already cloudy because West Virginia will lose a seat in Congress thanks to reapportionment, which is very likely to result in Mooney getting double-bunked with fellow Republican Rep. David McKinley, who represents the 1st District. The 49-year-old Mooney has insisted he’ll run for re-election while McKinley, 74, has been less committal.

Rep. Ralph Norman (R-SC) explained his vote against making Juneteenth a national holiday on Fox Radio. Said Norman: “How many holidays do we want? What’s the magic number. This would put it to 11. Do we want 20? Are we going to do one for the Native American Indians? I mean where does it stop? This was such an easy no vote.”

“Scattered boos greeted former Vice President Mike Pence as he stood behind a lectern to address a coalition of Christian and conservative voters,” the Tampa Bay Times reports. “Someone yelled, ‘Traitor!’ as Pence began to speak. Security quickly cleared the room of the people who shouted him down.”

MISSOURI U.S. SENATOR — Mark McCloskey, who along with his wife waved guns at protesters last year who marched past the couple’s mansion, struck a plea agreement by pleading guilty to a misdemeanor and agreeing to give up his weapons, the St. Louis Post-Dispatch reports.

Larry Sabato’s Crystal Ball: “Like every post-World War II president, Donald Trump witnessed a fall-off in his party’s numbers of U.S. Senate, U.S. House, gubernatorial, and state legislative seats during his presidency. That said, compared to recent presidents, the erosion on Trump’s watch was more modest than it was for his immediate predecessors.”

“One obvious difference is that Trump had only one term in office and escaped a ‘six-year-itch’ election. The only other postwar president to escape the down-ballot curse relatively unscathed was George H.W. Bush, who was the most recent president before Trump to be ousted after one term.”

“Another factor may be today’s heightened partisan polarization, which makes states and districts less “swingy” than they have been in the past.”

Rep. Ronny Jackson (R-TX) sent a letter to President Joe Biden and his White House physician calling on Biden to undergo a cognitive test, KAMR reports.  The letter was co-signed by 12 other House Republicans.

New York Times: “This week, all eyes in Washington have been on Kyrsten Sinema and other moderate senators as they pursue a bipartisan infrastructure bill. But by refusing to eliminate the filibuster, she and other Democratic senators have left in doubt the passage of sweeping voting rights legislation that many on the left view as an existential necessity in the face of a nationwide Republican crackdown.”

“Katie Hobbs, by contrast, has gained newfound fame in her party for facing down withering attacks from Republicans — including death threats against her and her family that prompted round-the-clock security from state troopers — and for denouncing a widely criticized GOP audit of votes in the state’s largest county as a sham and a threat to democracy.”

Former White House Chief of Staff Mark Meadows initially dismissed the idea that George Floyd’s killing would dominate the news and generate nationwide outrage in May 2020, instead thinking “nobody” would care, The Week reports.