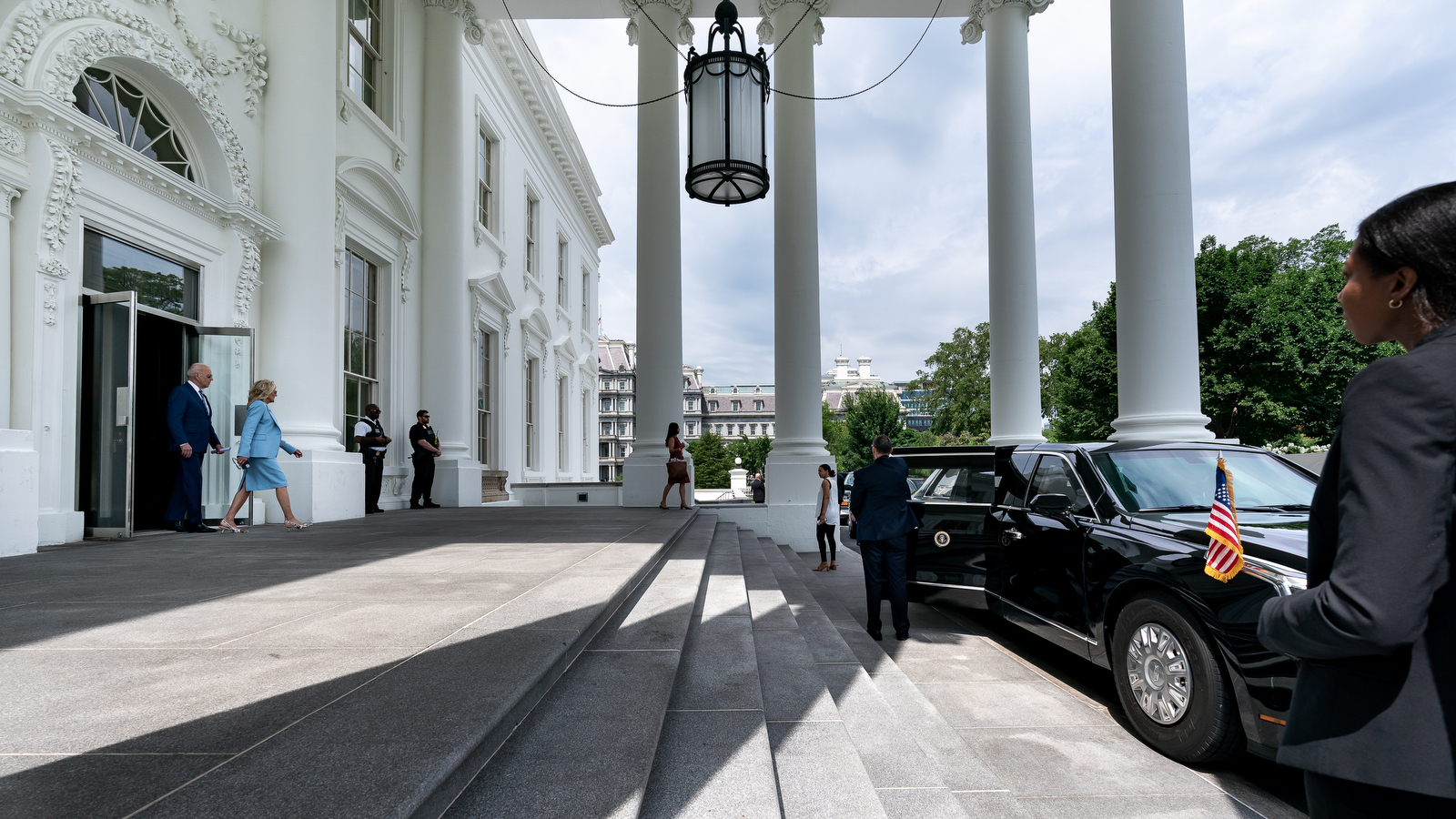 Playbook: “In early May, the White House set a goal: 70% of American adults at least partly vaccinated against coronavirus by July 4th. Now, just a few weeks away, we’re unlikely to hit that mark, due to vaccine hesitancy. So they’re talking up a new milestone: 300 million shots in the admin’s first 150 days.”

New York Times: “From a disease control perspective, the difference between 67 percent and 70 percent is insignificant. But from a political perspective, it would be the first time Mr. Biden has set a pandemic-related goal that he has not met.”

Associated Press: “Many economists say the price increases are fueled by the aftereffects of a global pandemic and probably won’t last. But Republicans are hoping to storm into next year’s midterm elections arguing that steep government spending under President Joe Biden and a Democratic-controlled Congress has triggered inflation that will ultimately hurt everyday Americans.”

“The economic reality is more complicated. Still, with Republicans only needing to pick up a handful of seats to regain the House and Senate, the party increasingly sees the prospect of sustained higher prices as a way to connect policies made in Washington with the experiences of voters whose pocketbooks may be feeling the strain.”

“The arrival of Justice Amy Coney Barrett in October seemed to create a 6-to-3 conservative juggernaut that would transform the Supreme Court,” the New York Times reports.

“Instead, judging by the 39 signed decisions in argued cases so far this term, including two major rulings on Thursday, the right side of the court is badly fractured and its liberal members are having a surprisingly good run.”

“So far this term, the court’s three Democratic appointees have voted with the majority 73% of the time in divided cases, slightly ahead of the 72% rate of the six Republican appointees … in divided cases, 64% of decisions have been labeled liberal, the highest since 1968.”

The Biden administration wants to finalize a deal with Iran to return to the 2015 nuclear deal in the six weeks remaining before a new Iranian president is inaugurated, Axios reports.

“Iranian Judiciary chief Ebrahim Raisi is the favorite to win Friday’s presidential election, a result that would reassert conservative control over all levers of power in Tehran,” Axios reports. “The latest polls in Iran project a very low turnout of around 42% — a testament to the disillusionment of supporters of the reformist camp who find themselves with no candidate to vote for.”

“Iran’s Guardian Council disqualified all of the reformist candidates, including former parliamentary Speaker Ali Larijani, a supporter of outgoing President Hassan Rouhani and his policies.”

Washington Post: “The Biden White House laid down a tougher marker against raising the federal gas tax to help pay for an infrastructure package, saying it would violate the president’s promise not to raise taxes on people making less than $400,000.”

New York Times: “Bipartisan bills have been introduced in both the House and the Senate, and have the backing of three former homeland security secretaries — two Republicans and a Democrat — as well as health groups and victims and their families.”

“Unlike the rancorous debate that doomed the proposal for a panel to investigate the Jan. 6 riot at the Capitol, discussion of a Covid-19 commission has not produced partisan discord — at least, not yet.”

“Former President Barack Obama, once a community organizer, has gotten a taste of community organizing himself as preservationists and other activists have slowed the construction of his presidential center,” the Wall Street Journal reports.

“It is likely the Obama center will open more than 3,100 days after the 44th president left the White House.”

Associated Press: “The U.S. Education Department on Wednesday expanded its interpretation of federal sex protections to include transgender and gay students, a move that reverses Trump-era policy and stands against proposals in many states to bar transgender girls from school sports.”

“Becoming a mother used to be seen as a unifying milestone for women in the United States. But a new analysis of four decades of births shows that the age that women become mothers varies significantly by geography and education. The result is that children are born into very different family lives, heading for diverging economic futures,” the New York Times reports.

“The difference in when women start families cuts along many of the same lines that divide the country in other ways, and the biggest one is education. Women with college degrees have children an average of seven years later than those without — and often use the years in between to finish school and build their careers and incomes.”

“The European Union lifted travel restrictions for U.S. residents, in the latest step toward a return to normalcy despite concerns over the spread of potentially dangerous coronavirus variants,” Bloomberg reports.

New York Times: “This month has offered glimpses of whether states and cities are up to that task and has shown they still have far to go. From Montana to Southern California, much of the West is suffering from unusually high temperatures. Some 50 million Americans face heat-related warnings.”

New York Times: “Congress is not expected to move this month to override a crush of state laws that, as soon as July 1, will challenge the NCAA rules that have kept college athletes from making money off their fame.”

“The absence of an accord, or even a clear timeline for one, by the start of July would be a blow to the NCAA and its most influential and wealthy conferences, which have spent many months and millions of dollars seeking intervention from Washington.”

George Packer: “In the past few weeks, the outlook for Afghans who helped the United States in Afghanistan has gone from worrying to critical. As U.S. and NATO troops leave the country with breathtaking speed, the Taliban are attacking districts that had long been in the Afghan government’s hands, setting up checkpoints on major roads, and threatening provincial capitals.”

“Many of the 18,000 Afghans who, along with their families, have applied for Special Immigrant Visas will soon have nowhere to hide, no armed force standing between them and their pursuers.”