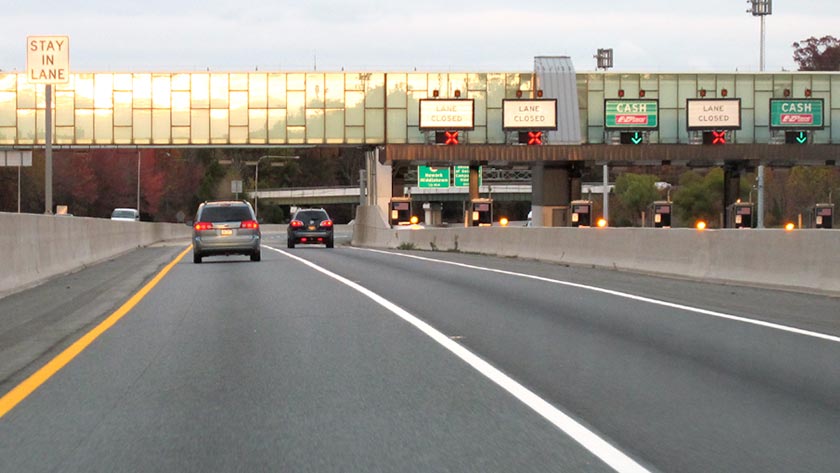 We usually don’t cover resolutions here, because often times they are not significant. But Senate Joint Resolution 5 could be a significant revenue raiser. The Resolution would offer a one time toll amnesty window, offering toll violators an opportunity to pay their unpaid tolls without penalty or fees. This could allow for the repayment of $143.4 million of unpaid tolls. The amnesty period will be 3 months.

According to the Department of Transportation, tolls on State Route 1 (SR-1) and Interstate 95 (I-95) bring in over $190 million in revenue annually on 70,600,000 toll transactions. Over time, drivers who failed to pay tolls in Delaware have racked up $143.4 million in debt – a total that includes the amount of each unpaid toll as well as the penalties and fees attached to each toll violation.

Under state law, each toll violation results in an administrative fee of $25.00, a civil penalty of $25.00, and – for violations that occurred after January 31, 2017 – a $10.00 fee for the Volunteer Ambulance Company Fund and a $15.00 fee for the Fund to Combat Violent Crimes. In addition, a civil penalty surcharge of $12.50 is added for each toll violation that remains unpaid after 42 days.  Consequently, a driver who fails to pay a $1.00 toll is initially assessed $51.00 in toll debt, which increases to $88.50 if it is not paid within an additional 42 days.

In recent years, the toll debt collection rate has hovered around 8.4% – leaving a vast and growing amount of debt unpaid.

The amnesty program outlined in SJR 5 would offer strong financial incentives to pay outstanding debts during the one-time, 3-month amnesty window and is expected to bring in at least $1,730,263 in unpaid tolls – revenue that might otherwise never make its way to state coffers. DelDOT records show 623,578 license plates with 1 to 10 unresolved toll violations.

All toll violations that occurred on I-95 and SR-1 between January 1, 2014 and April 30, 2020 would be eligible for the amnesty program. Toll debt incurred on SR-301, the state’s only other toll road, cannot be modified, due to bond requirements.

Individuals with toll debts will receive notice of the amnesty program and will be required to pay the full amount of tolls owed plus an amnesty fee, which is based on the number of toll violations included in each individual’s debt. If passed and signed into law, the amnesty program must begin no later than 60 days after enactment.

“Offering drivers the opportunity to pay their toll debts without the entirety of the fines and fees attached can have a positive impact for all parties involved,” said Sen. Stephanie Hansen, prime sponsor of SJR 5.

“We’re happy to work with the General Assembly to help individuals resolve their outstanding toll violations,” said Secretary of Transportation Nicole Majeski. “Of the 70 million toll transactions that occur each year, about one percent result in a violation. We recognize these can add up and be burdensome and this limited amnesty period will allow people to satisfy their debts.”