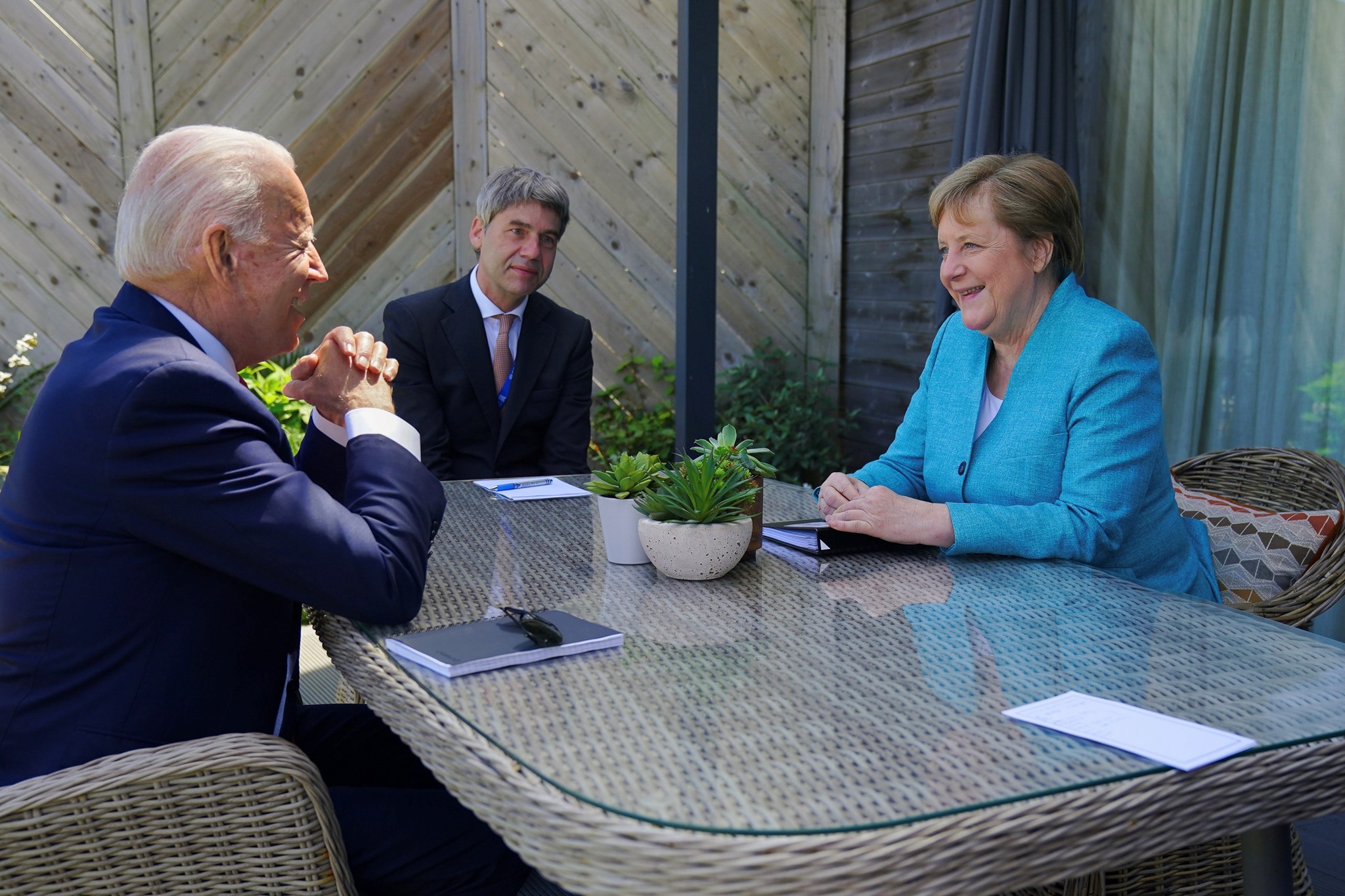 “If Congress cancels border wall funding, OMB said, the money could instead be used for ‘effective border management measures like enhanced technology between points of entry and improved infrastructure’ at land ports.”

The Justice Department under former President Trump demanded metadata on 73 phone numbers and 36 email addresses from Apple as part of its investigation into members of Congress, CNN reports.

Microsoft received a similar subpoena for data on a congressional staffer’s personal email.

Harry Enten: “The United States looks increasingly unlikely to reach President Joe Biden’s July 4 vaccine goal. We need at least 70% of all adults to have one dose of the Covid-19 vaccine, and we’re on pace to have somewhere between 67% and 68%.”

Sen. Ron Johnson (R-WI) was slapped with a one-week suspension from uploading videos to YouTube after the company said he violated the website’s COVID-19 “medical misinformation policies,” the Milwaukee Journal Sentinel reports.

Wall Street Journal: “The near-term finances of the federal government’s retirement and disability programs appear to have weathered the storm better than many policy analysts had predicted—taking some pressure off the Biden administration and Congress to reach a long-term solution to keep them solvent.”

“Longer term, though, the programs are being squeezed by rising costs and declining revenue as the population ages, and they are on track to deplete their trust fund reserves in coming years as funding shortfalls widen. After that, beneficiaries would face automatic benefit cuts unless Congress steps in to shore up the program, for example by boosting the payroll tax rate, trimming benefits or delaying the retirement age.”

Capitol Police Officer Eugene Goodman, “the man hailed as a hero for facing down a mob at the Capitol during the attack on Jan. 6, will throw out the first pitch at the Nationals-Mets game on June 18,” WJLA reports.

Associated Press: “Law enforcement agencies across the country experienced a wave of retirements and departures and are struggling to recruit the next generation of police officers in the year since George Floyd was killed by a cop.”

“The rate of retirements at some departments rose 45 percent compared with the previous year… At the same time, hiring slowed by 5 percent.”

Nevada Gov. Steve Sisolak (D) on Friday officially signed into law a bill that would make the Silver State the first in the nation to hold a presidential primary during a general election year, The Hill reports.

New York Times: “Back home in West Virginia, Mr. Manchin’s stubborn belief in working across the aisle is recognized as the core of his being, not mere posturing for a conservative state where he may seek re-election.”

“Even though the hyperpartisan Senate is not the collegial place it once was — where members argued by day and then dined together at night — and even though small-town West Virginia, with its coal-ravaged mountaintops, can seem a nostalgic anachronism, both institutions dwell as ideals in Mr. Manchin.”

“Since his presidency ended, Donald Trump has issued more statements lying about the 2020 election than statements talking about any other subject,” CNN reports.

Donald Trump claimed he’s turned down two book deals but that he was “writing like crazy” on what would become “the book of all books.” He also claimed to be “working on a much more important project.”

The remains of Confederate general and KKK leader Nathan Bedford Forrest and his wife were dug up from a Memphis park and removed, along with a statue, to the National Confederate Museum, the Memphis Commercial Appeal reports.

New York Times: “With two of the most polarizing issues, migration and voting rights, now in her portfolio, the risk of missteps is so high and the problems so intractable that even her allies say Harris is in a no-win situation.”

“In Preventable, his new book detailing the federal government’s failures on mitigating the pandemic, Andy Slavitt writes that he met with Birx last August in Minnesota after she briefed local officials. Once a close adviser to Trump, she had been cast out of his inner circle by that time and replaced by Dr. Scott Atlas, a radiologist with no epidemiological experience whom Trump hired after watching him on Fox News.”