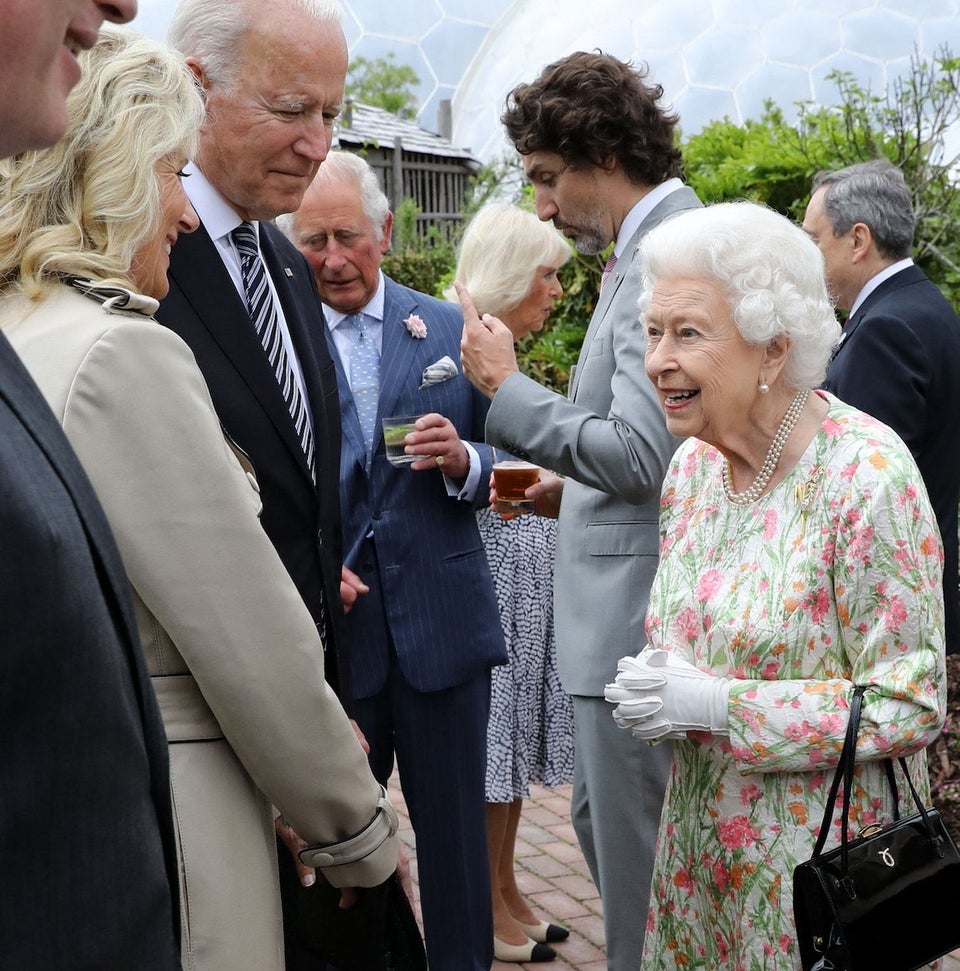 Washington Post: “Republicans have tried to beat the drum against the Biden agenda. For weeks Senate Minority Leader Mitch McConnell (R-Ky.) has hammered away, echoing the critique from Larry Summers, former top economic adviser to the Clinton and Obama administrations, that the pandemic relief package spent way too much money and could prompt an inflation run.”

“But that message has, so far, been largely drowned out, especially in the conservative media echo chamber that is intensely focused on cultural issues that spark outrage and help ratings but do little to help win elections.”

NBC News: “A key goal for the White House coming out of the meeting scheduled for Wednesday will be to convey that Biden delivered a strong message to Putin, in contrast to the chummy relationship former President Donald Trump projected after his first sit down with Putin.”

Said Putin: “Well even now, I believe that former U.S. president Mr. Trump is an extraordinary individual, talented individual, otherwise he would not have become U.S. President. He is a colorful individual. You may like him or not.”

Washington Post: “Attorney General Merrill Garland said the additional trial attorneys, which he plans to hire over the coming 30 days, will scrutinize new laws and existing practices across the nation for potential discrimination against Americans of color, including in new measures GOP state lawmakers are pushing. They will enforce provisions of the Voting Rights Act by challenging such laws or practices in court — and prosecute anyone found to intimidate or threaten violence against election officials.”

“The expanded unit will also monitor the growing number of post-election ballot reviews being called for around the country by supporters of former president Donald Trump in search of signs of violations of federal laws, Garland said, and will watch over upcoming redistricting efforts to call out discriminatory practices.”

Dr. Anthony Fauci lashed out at critics calling for his ouster, blasting their “preposterous” and “painfully ridiculous” attacks and defending his record as a leading official battling the coronavirus pandemic, CNBC reports.  Said Fauci: “Attacks on me, quite frankly, are attacks on science.”

“A federal judge halted payments for a loan forgiveness program that provides relief to agricultural producers of color,” the Milwaukee Journal-Sentinel reports.  The conservative Wisconsin Institute for Law and Liberty “alleged that the Biden administration used an unconstitutional program in an effort to end systemic racism and should make the relief available to white farmers, too.”

Associated Press: “Republicans are fighting to seize control of Congress. Just don’t ask what they’d do if they win.”

“The GOP’s embrace of Trump’s self-serving priorities has almost completely consumed the party’s long-standing commitment to fiscal discipline, free markets and even the rule of law. That leaves Republican candidates from North Carolina to North Dakota unwilling or unable to tell voters how they would address the nation’s biggest challenges if given the chance.”

“Party leaders acknowledge it could be another year or more before Republicans develop a clear governing agenda.”

“Sixteen years ago, Texas lawmakers created a small program with a big goal: persuading women not to have abortions. It was given a few million in federal anti-poverty dollars and saw fewer than a dozen people its first year,” the Texas Tribune reports.  “Since then it’s ballooned. Alternatives to Abortion is poised to cost taxpayers $100 million over the next biennium.”

“But the Legislature has required little information about what the program has accomplished.”

“Conservatives in Washington are growing much more leery of groups with financial ties to Big Tech,” Axios reports.

“Third-party influence is a key lobbying strategy for major companies in Washington and has in the past been very effective for Silicon Valley. Now it’s becoming a liability, making it even harder for tech companies and their allies to push their message on Capitol Hill.”

“Illinois Gov. J.B. Pritzker (D), who as a candidate vowed to veto any partisan redistricting plan for the legislature, signed into law Friday new partisan-drawn districts for the General Assembly and state Supreme Court designed to maintain his party’s control in Illinois,” the Chicago Tribune reports.

“Pritzker, who only a day earlier indicated that he was still reviewing the final lines of the legislation, said he was satisfied that they preserved racial and ethnic minority representation in line with the federal Voting Rights Act.”

Washington Post: “Scientists from Scripps and the National Oceanic and Atmospheric Administration said on Monday that levels of atmospheric carbon dioxide peaked in May, reaching a monthly average of nearly 419 parts per million.”

Sen. Jon Ossoff (D-GA) “has moved his liquid assets into a qualified blind trust, making good on a campaign promise that relates to criticism of his predecessor,” the Atlanta Journal-Constitution reports.

Lawmakers who are fully vaccinated will no longer be required to wear masks on the House floor, CNN reports.

“The highway bill that the House Transportation and Infrastructure Committee will mark up Wednesday will include $5.7 billion in earmarks — a little more than one-third of the $14.9 billion members requested,” Roll Call reports.

George Packer: “Through much of the 20th century, the two political parties had clear identities and told distinct stories. The Republicans spoke for those who wanted to get ahead, and the Democrats spoke for those who wanted a fair shake. Republicans emphasized individual enterprise, and Democrats emphasized social solidarity, eventually including Black people and abandoning the party’s commitment to Jim Crow. But, unlike today, the two parties were arguing over the same recognizable country. This arrangement held until the late ’60s—still within living memory.”

“The two parties reflected a society that was less free than today, less tolerant, and far less diverse, with fewer choices, but with more economic equality, more shared prosperity, and more political cooperation. Liberal Republicans and conservative Democrats played important roles in their respective parties. Americans then were more uniform than we are in what they ate (tuna noodle casserole) and what they watched (Bullitt). Even their bodies looked more alike. They were more restrained than we are, more repressed—though restraint and repression were coming undone by 1968.”

“Since then, the two parties have just about traded places. By the turn of the millennium, the Democrats were becoming the home of affluent professionals, while the Republicans were starting to sound like populist insurgents. We have to understand this exchange in order to grasp how we got to where we are.”